You can take 'sugar' out of the name, but you can't take it out of the cereal. 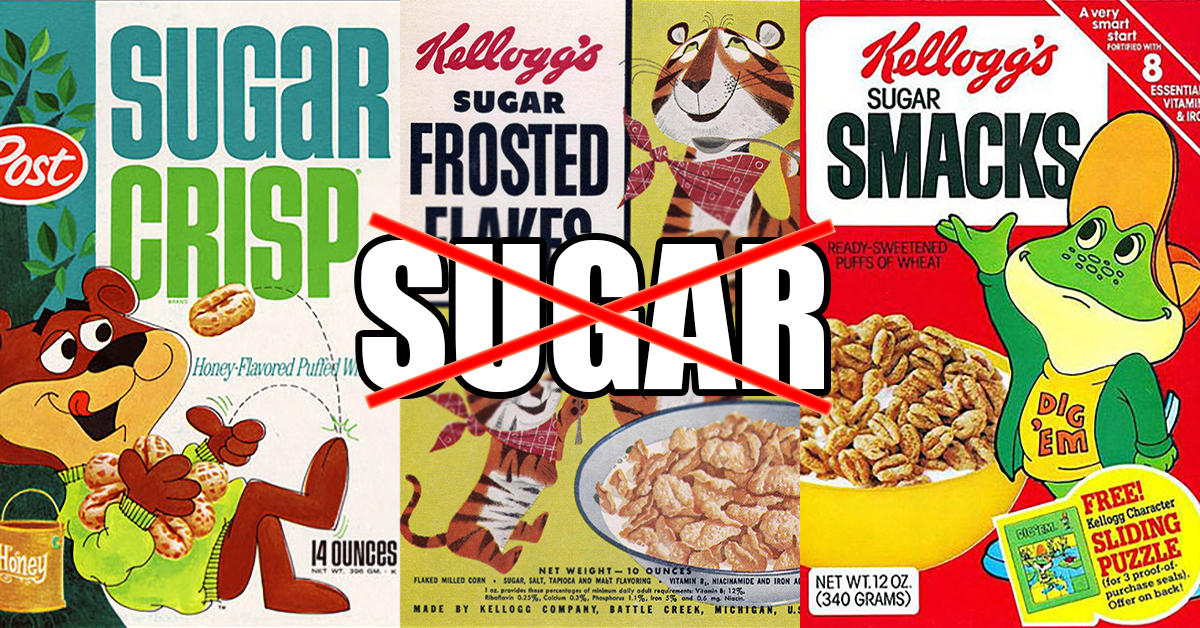 When it comes to children's cereal today, there's a certain "S" word that manufacturers are hesitant to say — sugar. That's right, the key ingredient in our favorite cereals has been hidden and relegated to the "ingredients" section on the side of the packaging.

Back in the day, the biggest cereal manufacturers prominently displayed the word SUGAR on some of their most successful cereals. While it's probably a good thing kids won't be eating as much sugar as we once did, we do kind of miss the rush we felt every morning after downing a bowl of Sugar Frosted Flakes.

Do you remember when these cereals included the word Sugar? 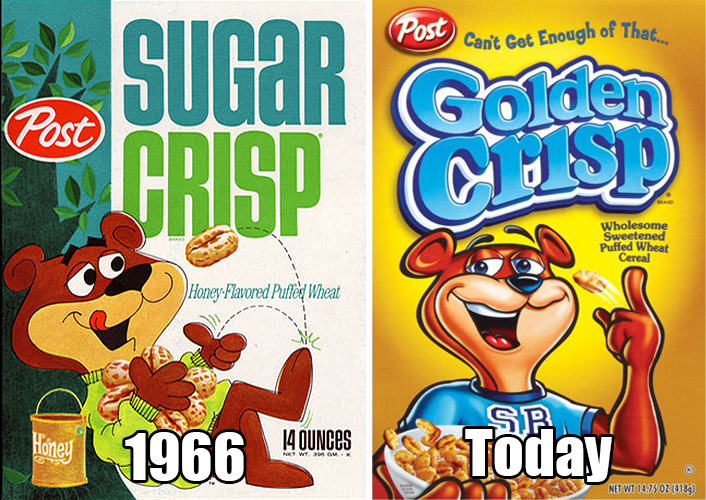 Post didn't hide the fact there was a lot of sugar in this cereal, prominently including the ingredient on its packaging. In 1985, the name was changed to Golden Crisp, and the box was tinted gold to match the new name. 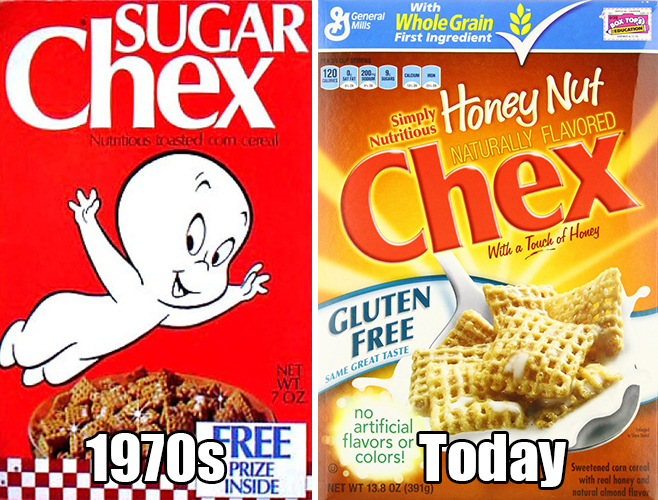 Chex cereal has been around for more than half a century, but in 1970 it introduced "Sugar Chex" to compete with other sugary cereals. The closest thing you can find today is Honey Nut Chex, with has a "touch" of honey for sweetness. (It actually has more sugar than honey, but who's going to notice?) 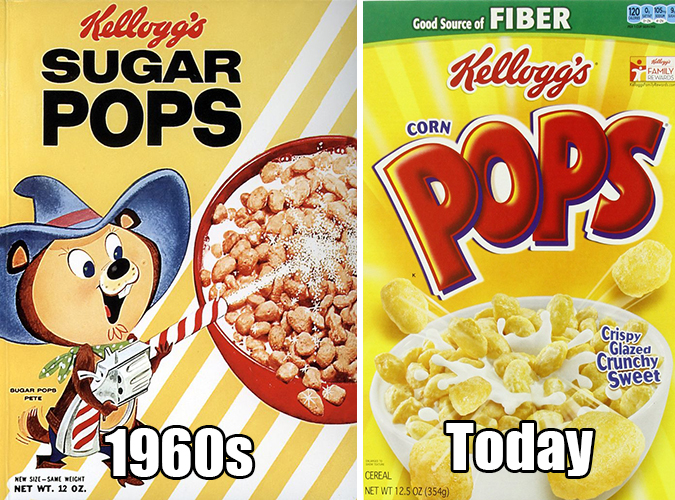 Sugar Pops enjoyed a gradual change away from sugar, becoming "Sugar Corn Pop" in thr late '70s, and then simply "Corn Pops" in 1984. Side note: Whatever happened to Sugar Pops Pete, who blasted sugar on the cereal with a pistol? 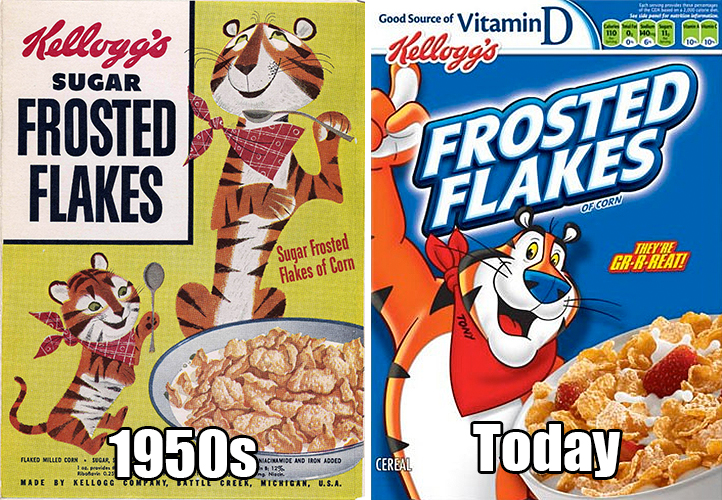 Once described as "the biggest, sweetest thing that ever happened in cereals," Sugar Frosted Flakes had no qualms about advertising it's sugar frosting. Kellogg's kept the "frosted" aspect, but dumped "sugar" from the name in 1983. 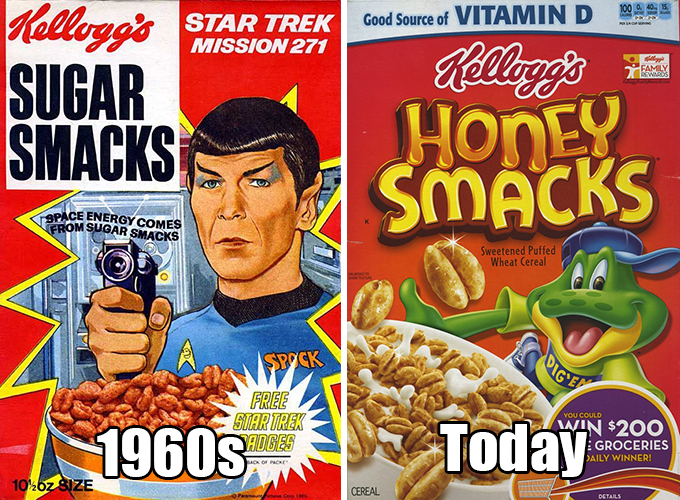 Don't let the name change fool you — Honey Smacks today is 56% sugar by weight, meaning each morsel you eat more than half sugar. 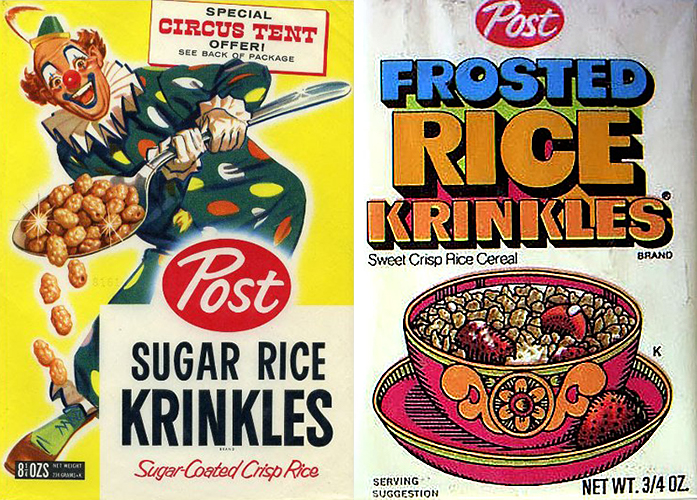 Sugar Rice Krinkles had a rough and weird history, with two controversial mascots in the span of the decade. When the cereal switched its name to "Frosted Rice Krinkles" in the '70s, it was already too late. The brand was discontinued shortly after.