In 1967, the Friday after Thanksgiving meant an extra serving of Saturday morning cartoons. 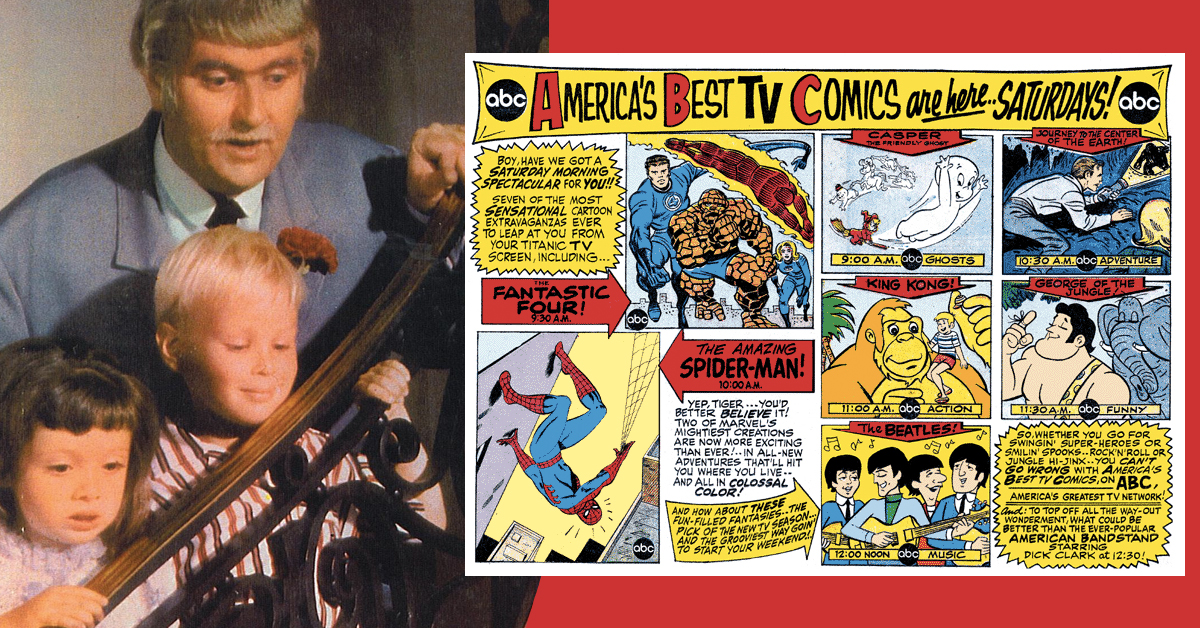 For kids in 1967, spending your Saturday mornings watching TV wasn't just an option. It was a social obligation and indulgence that was not to be missed. Skipping an episode meant missing out on it forever (or so it felt back then) and inevitable teasing if your friends were cruel enough to pick on you for not being up on your Fantastic Four or Superman/Aquaman Hour of Adventure.

It all began for early risers at 8AM with Captain Kangaroo, one of the most treasured children's shows of all time. From there, you were either dedicated to your network of choice (ABC, CBS or NBC) or else skipping channels to catch as much as you could of the cartoons airing over the next four hours.

Each network pulled out their own tricks to hold kids' interests, including debuting new shows like The Herculoids (CBS) or Super President (NBC). They played with structure on shows like Frankenstein Jr., and the Impossibles or The Atom Ant/Secret Squirrel Show, bouncing you between animated shorts featuring characters that endlessly riffed on superhero and superspy themes. Every Saturday morning was a unique adventure.

Beyond that, kids in 1967 likely remember there was a big bonus for Saturday morning cartoon fans that came around every Thanksgiving. On the Friday after the holiday had properly fattened us all, kids could indulge in a bonus block of Saturday morning cartoons on ABC. Do you remember heaping your first plate of leftovers as a next-day Thanksgiving feast that paired well with your favorite cartoons? In that way, George of the Jungle was kind of just gravy on a great way to spend the morning after the holiday.

With Thanksgiving fast-approaching, we decided to transport you back 50 years ago to the Saturday morning lineup that kept kids glued to TVs in the fall of 1967. See how many of these cartoons you recall was mandatory viewing and the reason your eyes flew open so early on the weekends.

9AM - The New Casper Cartoon Show
There were 26 total episodes created for this popular Casper cartoon show, featuring run-ins with Casper's friends Wendy and Spooky, the vigilante Red Robbing Hood, a small Martian boy and, of course, the Ghostly Trio. The rest of the series peppered in older cartoons that predate this series.

9:30AM - Fantastic Four
Although this Hanna-Barbera cartoon aired for three years, there were only 20 episodes made, so it's likely you remember seeing lots of reruns. Despite a bunch of deals Disney made to acquire all Marvel's cartoons, Fantastic Four remains one of the few series the Mouse doesn't own. That's because Time Warner controls the whole Hanna-Barbera library.

10AM - Spider-Man
This animated superhero series ran for three seasons, too, starting strong by sticking to all of Spider-Man's classic foes for the initial run of episodes. That's because Stan Lee weighed in as a consultant for that first season. As you know, the last two seasons did away with most of the old-school comic book villains, bringing in weird green monsters instead.

10:30AM - Journey to the Center of the Earth
Little sci-fi fans tuned in just for this often-forgotten gem that only ever aired 17 episodes total. It was largely based on the 1959 movie by the same name and wound up distancing itself pretty far from the core of the Jules Verne novel both the movie and series were loosely based on. We mostly dig that the show's narration was done by Mary Tyler Moore Show actor Ted Knight.

11AM - The King Kong Show
Here's something that was totally different for 1960s kids: The first anime series that an American company had produced in Japan. The King Kong Show flipped the movie monster on its head, showing him as a family friend to the Bonds who frequently saved them from dangers like evil scientists and alien invaders.

8AM - Captain Kangaroo
In 1967, Captain Kangaroo was reaching the middle of its nearly 30-year run as the longest-running national children's program. Unlike most Saturday morning series featured here, Captain Kangaroo didn't rely on reruns to sustain your interest. The juggernaut series with its puppets and cartoon shorts like Tom Terrific produced more than 6,000 episodes.

9AM - Frankenstein, Jr. and The Impossibles
Here's another show that was broken into parts, with the first half revolving around a boy scientist and his mighty robot pal Frankie. The back half featured the undercover rockers the Impossibles, Multi Man, Fluid Man and Coil Man.

9:30AM - The Herculoids
Debuting in 1967, this was your first encounter with the short-run series The Herculoids. The cartoon centers on humanoids Zandor, Tara and Dorno and their creature friends Zok, Igoo, Tundro, Gloop and Gleep.

10AM - Shazzan
Shazzan is another cartoon that premiered in 1967, with a pair of teen siblings who fly around on a magic camel and have a special friend in the powerful genie Shazzan, who often appears to save them from any dangers they encounter along the way.

10:30AM - Space Ghost and Dino Boy
Sixties kids will recall this time slot was split between watching Space Ghost battle evil villains like Zorak, Bra and Black Widow, and catching Dino Boy as he explores the forgotten land of dinosaurs he accidentally discovers in a strange, remote South American valley.

11AM - Moby Dick and Mighty Mightor
Naturally Dino Boy made you want to watch more dinosaurs, and that's where Mightor delivered, featuring a teen caveman Tor and his pet dino Tog. This is, again, a new series that debuted in '67, and featured a Moby Dick short between two episodes of Mightor.

11:30AM - The Superman/Aquaman Hour of Adventure
CBS finished Saturday mornings strong with a full hour packed with 6-minute superhero adventures. Fans of The New Adventures of Superman were especially stoked because the Hour of Adventure featured new segments of the old show, which notably featured the last work of the original Superman voice actor Bud Collyer. It also rotated in guest cartoons featurning Hawkman, the Green Lantern and other superheroes.

9AM - The Super 6
NBC's response to superheroes on other networks? Spoof 'em! The Super 6 featured a great cast of heroes that drew laughs in Super Bwoing, Granite Man, Magneto Man, Super Scuba and more.

9:30AM - Super President and Spy Shadow
In 1967, NBC introduced their Super President, an American hero with the power to morph and pass laws! He even has a secret cave he gets to by a secret entrance in the Oval Office. They followed up Super President with an episode of Spy Shadow, which featured a secret agent who trained his shadow to become an independent agent that could be used to spy on the show's S.P.I.D.E.R. villains.

10AM - The Flintstones
After The Flintstones' original run ended in 1966, NBC continued airing episodes on Saturday mornings. It would continue to run in syndication through 1997, ensuring close to 40 years of kids hollering "Yabba-dabba-doo!" as a wakeup call for groggy parents.

10:30AM - Samson & Goliath
Another show that premiered on NBC in 1967, Samson & Goliath starred a teen boy named Samson and his loyal pup Goliath, just endlessly riding around on a motorbike. On the road, they encounter various bad guys, but luckily Samson is also a Biblical superhero of sorts, who grows strong any time he bangs his wristbands together. The same movement also triggers Goliath to turn into a fearsome lion. We never did see how the two managed to transform back, but who's looking for logic on a Saturday morning anyway? 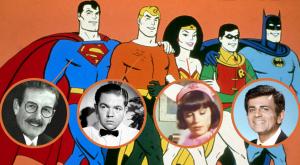 11AM - Birdman and the Galaxy Trio
More exciting new stuff if you were a kid in 1967 was the appearance of Birdman, the normal dude who the sun god Ra turned into a winged superhero who can shoot sun rays out of his fists. Birdman's adventures were followed by a separate episode featuring the Galaxy Trio, a crew of alien superheros called Vapor Man, Meteor Man and Gravity Girl who uphold Galactic Law.