5 must-see episodes on MeTV this week of October 16

Visit Hawaii, Paris, Raleigh… and tour with some space hippies. 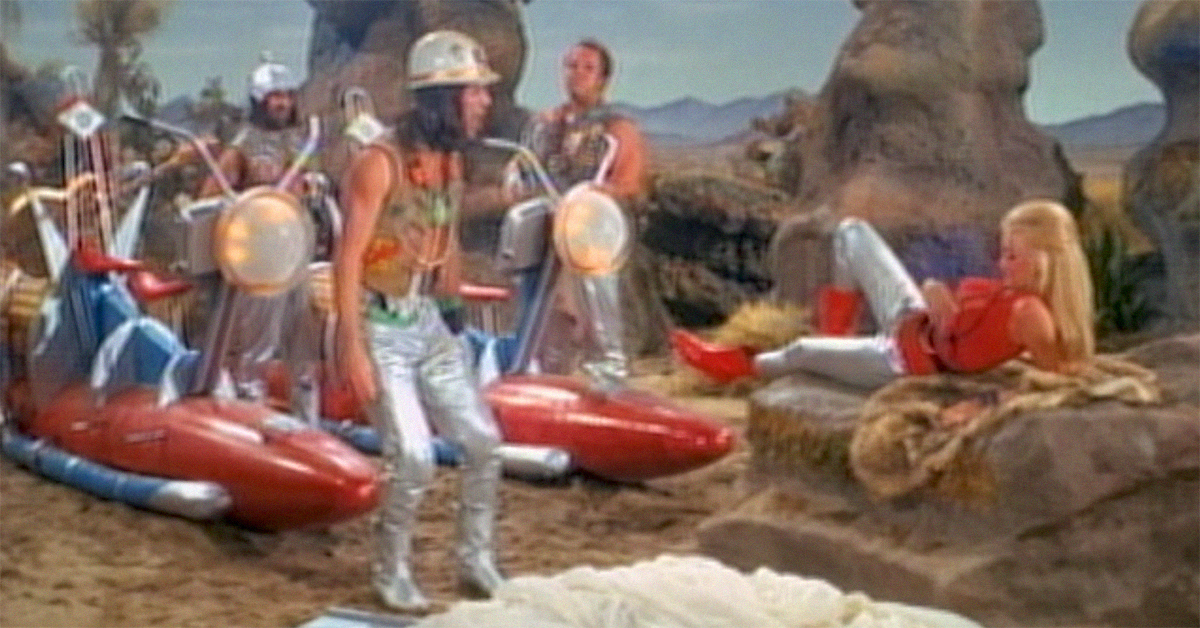 Road trip! Fall may be here, officially, but weather-wise, it still feels like summer this week. Which is perhaps why we are in the mood for vacations. All of the picks this week feature traveling, from special episodes to TV movies to the eerie highways of The Twilight Zone. So hop on board your hippie space cycle and let's ride! (That reference will soon make sense; trust us.)

Originally airing four days before the fourth season premiere, this made-for-TV movie has since been sliced and diced into four episodes in reruns. Mrs. Garrett heads to France to attend cooking school. Blair, Jo, Natalie and Tootie tag along, as it's summer vacation. However, not everything is rosy when the girls get stuck with a strict guardian and Mrs. G struggles at becoming to next Julia Child. 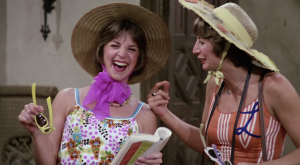 After winning a consolation prize on Jeopardy, Thelma takes the family to Honolulu. A nasty sunburn ruins the trip for Naomi, but the rest of the family wind up having unusual romantic encounters on the island in this two-parter from 1988.

An eerie classic! Nan Adams is a woman driving across the country who keeps passing the same hitcher over and over again. The mysterious man drives her mad, and she eventually tries to run him over. We won't spoil the twist for you if you somehow have not seen this thriller written by Rod Serling, adapted from a brilliant radio play by Lucille Fletcher.

It's the first episode set outside of Mayberry! If you're unfamiliar with the episode, perhaps you are assuming the "Big City" is New York. Nope, it's Raleigh. It's all relative.

Space hippies. They popped up on Star Trek in "The Way to Eden," and a diffent batch of cosmic easy riders turned up here, in the delightfully zany third season of Lost in Space. In this plot, the group of space hippies are going to destroy the planet the Robinsons are on.