Sometimes you just have to hit the beach and jump a shark. 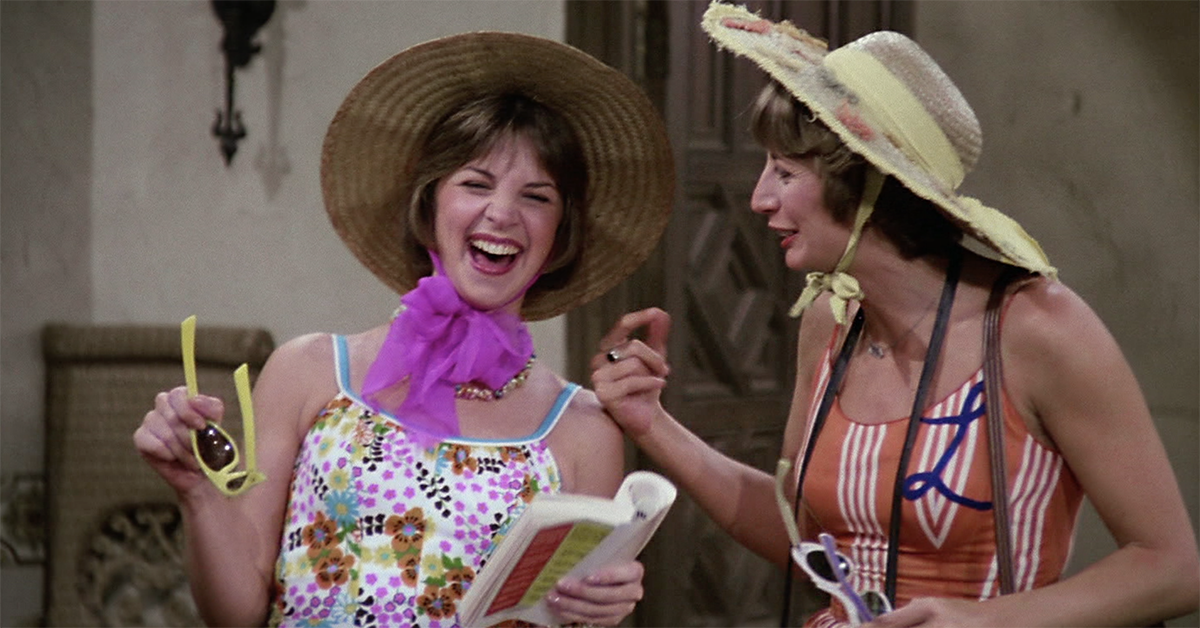 Sometimes you just need to get away. Perhaps you have a case of the winter blues and ache for some warm sunshine. Or, maybe you're a sitcom family heading into its fourth or fifth season, and now you're looking to shake things up for a ratings boost.

The tropical vacation is a common trope in lighthearted television. It does always seem to arrive right around that fifth season premiere, not long before a cute new kid is introduced to the cast. Fans love seeing their favorite characters get out from underneath those bright studio lights and catch some real rays on an actual beach. Heck, The Love Boat seemed entirely built around this very idea. Oh, and The Love Boat crew also went on special, exotic vacations, like a trip to Australia. At the start of the fifth season, naturally.

Everyone from the Brady kids to the Cunninghams have headed for Pacific shores. Let's take a look at some famous vacation episodes of classic TV shows. 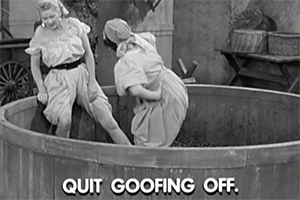 Beginning with "Bon Voyage" and running through "Return Home from Europe," the Ricardos took a whirlwind tour of Europe in season five. The couple hit England, Scotland, France, Switzerland, Italy and Monaco, as Lucy constantly got into her regular antics, like a famous tussle with a grape smasher in a giant wine vat. Vacationing was hardly novel for the Ricardos, who often went where Ricky's job demanded, from "Hollywood at Last!" to "The Ricardos Visit Cuba." 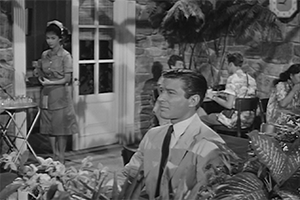 In its first season, the L.A. detective series tapped into the zeitgeist with its hip slang and suave P.I.s. Warner Bros., the studio behind 77 Sunset Strip, looked to build an entire world of exotic private eye shows around it. Thus, the very similar and somewhat related Hawaiian Eye, Bourbon Street Beat and Surfside 6 followed. In this season two premiere, Stu and Kookie head to Hawaii, where they meet the main characters of Hawaiian Eye, which would premiere days later. 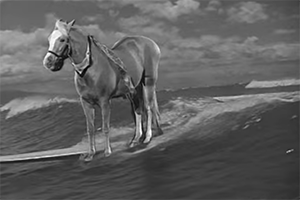 "Why don't you go surf-riding with your horse?" Carol snaps at Wilbur after the talking horse tags along on a Hawaiian vacation. Sure enough, the equine hangs 10 — er, two, four? — on a board. This episode was obviously not shot on location, but features some nice vintage stock footage of surfers and the islands. 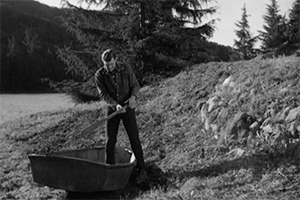 A grumpy Andy agrees to take a few days off and heads up to the lake to relax. Barney and Gomer are in charge, and manage to capture (and lose) an escaped convict who hides in the same woods where Andy just happens to be. It's certainly not a long voyage, but they do get out of Mayberry.

5. The Beverly Hillbillies - "The Clampetts in London" 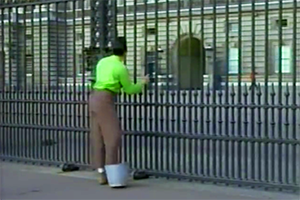 Jed inherits a castle in England, and the gang heads over the pond. Naturally, Jethro believes the country is still living in Elizabethan times, so he dresses in period costume. Oh, and he also gets his foot stuck in a bucket outside Buckingham Palace. 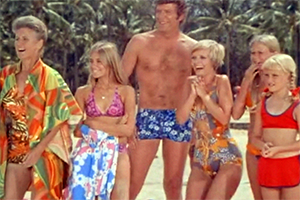 Who could forget the Brady boys unleashing a curse after Greg breaks Bobby's taboo idol while surfing? This epic three-parter had moments both serious and silly, as it took the Brady clan from Pearl Harbor to inside a tiki cave with Vincent Price. 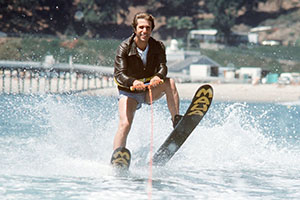 When the Fonz had a chance at being the next James Dean, he and the Cunninghams headed west from Milwaukee for their own three-parter. The ratings stunt will forever be remembered for Fonzie jumping the shark, but the epic story offered much more. Lorne Greene made an uncredited cameo in his full Bonanza costume at the motel, too. TV critics now chalk this up as the moment Happy Days figuratively "jumped the shark," but the sitcom still had seven more seasons worth of episodes left in the tank.

8. Laverne & Shirley - "Not Quite South of the Border" 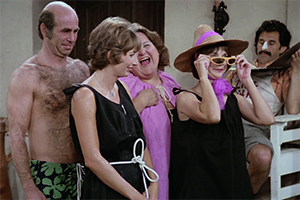 When this Happy Days spin-off hit its 100th episode, Laverne and Shirley headed south for some sun, albeit with far less glamorous results. The two arrive in New Mexico for a vacation, finding that half of their hotel room is missing and that they have to share the space with another guest. 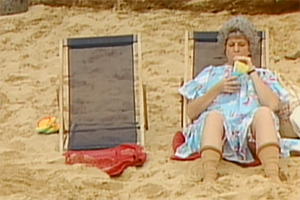 An old Hawaiian custom rings true for Iola, Bubba and even Mama when a visit to Lover's Grotto brings them romance. For Mama, this means the sudden affection from a man named Billy Field, whom she saved from drowning. Billy is played by Barney Martin, best known as Morty Seinfeld, Jerry's dad on Seinfeld.

After six seasons, Saved by the Bell went out with not one, but two made-for-TV-movie vacations, which you can catch as part of the syndication package. The Bayside gang's Hawaiian vacation is threatened when a greedy developer plans to take over Kelly's grandfather's resort. Meanwhile, Zack falls in love and Screech is kidnapped. Finally, Zach and Kelly get hitched in Sin City, as Slater and Screen get to dress up as showgirls — a full year before Elizabeth Berkley starred in Showgirls.

Woody 18 months ago
And of course the ultimate tropical getaway was Gilligan’a Island.
Like Reply Delete

idkwut2use 18 months ago
Loooove S4-5 of Lucy (and the Florida trip in 6), and that Laverne & Shirley ep. XDD
Like Reply Delete

JimHursey 19 months ago
What about Andy Taylor and Family in Hollywood? I Know its not Exotic, but a better vacation than the lake and woods.