15 incredibly cool vintage toys based on our favorite TV characters 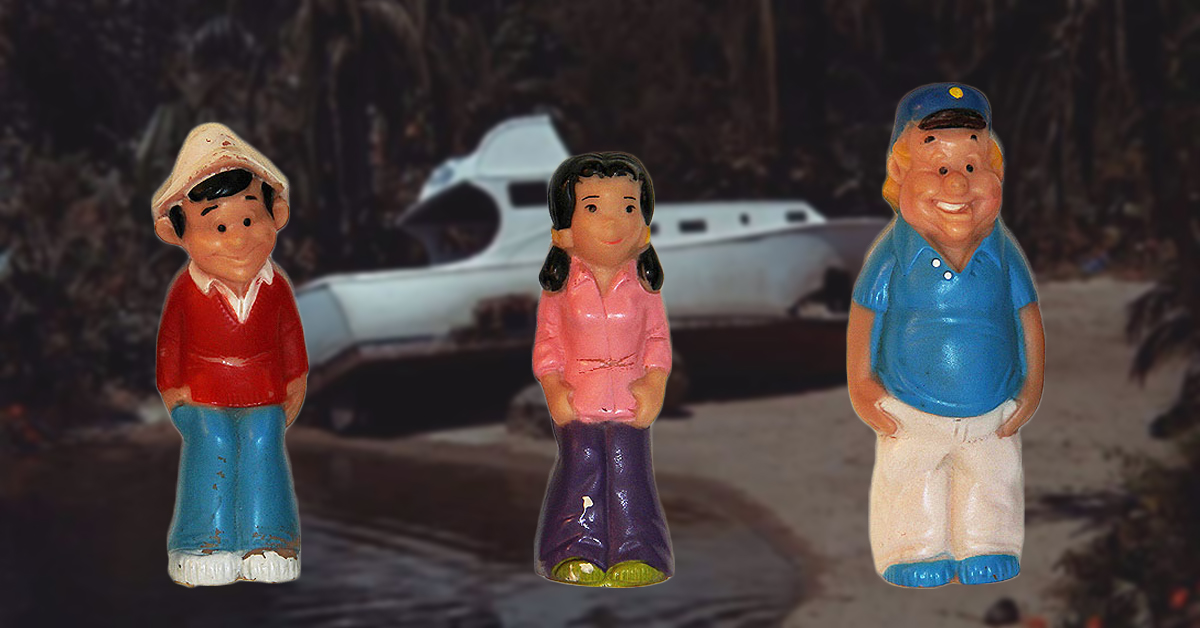 Before the days of video games, the only real way to interact with our favorite shows was through action figures and toys. Naturally, popular superhero shows like Batman and Wonder Woman were given the toy treatment. But less likely shows like Kojak and M*A*S*H also received a line of figurines.

Thinking about this kind of makes us want to go back in time and play with them again, right? In the meantime, while we wait for scientists to invent that time machine, you can find collectable figurines based on some of your favorite shows in our MeTV shop.

Here's a look at some of our favorite action figures and toys from our childhood. Did you have any of them growing up? 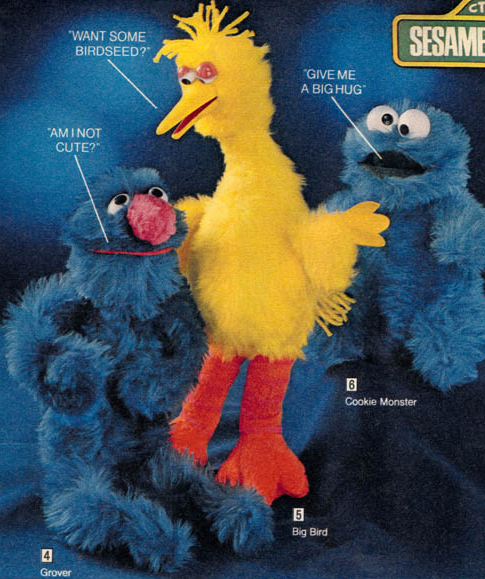 Every kid from the '70s and beyond has loved Sesame Street,but these toys were a little odd. Interestingly enough, Cookie Monster wanted hugs more than he wanted cookies. We're also not sure why Big Bird was peddling birdseed to Grover.

J.C. Penney wanted kids to start investigating double homicides early in life with its Kojak action figure. Yes, he came with tiny, tiny lollipops. Check out the action figure for real-life investigator J.J. Armes (who appeared in an episode of Hawaii Five-O). Put the two together, and you have an unstoppable crime-solving duo. 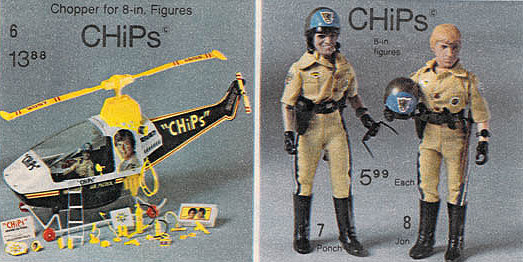 Kids could pick up bad guys and ladies while cruising down the Pacific Coast Highway with their Ponch and Jon action figures. If your parents were feeling generous, Ponch could get a bird's eye view of Southern California with a helicopter (which featured a big picture of his partner on the side). 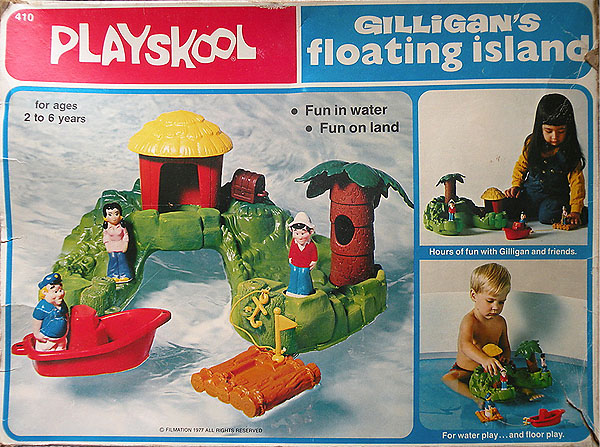 Kids could turn bath time into a three-hour tour with this playset. The floating toy — which included Gilligan, the Skipper and Mary Ann — was a joy in water and on land. If you're still eager to recreate their adventures, MeTV now sells Gilligan's Island figurines. Check them out here. But, we do suggest you avoid bringing them to your bath time.

It looks like J.C. Penney didn't get the naming rights to Samantha from Bewitched when it featured this toy in its 1966 Christmas catalog. Instead, the store sold a doll named "Samantha the Loveable Witch" that "leaves little girls bewitched." We wonder if Penney's heard from the studio's lawyers. 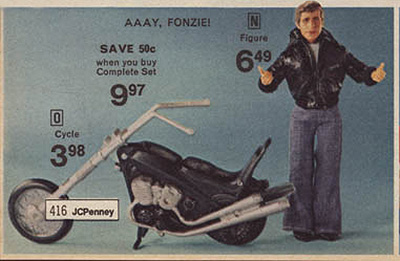 Aaaayyyyy! When kids weren't watching the Fonz on TV, they could zoom him around on his motorcycle. 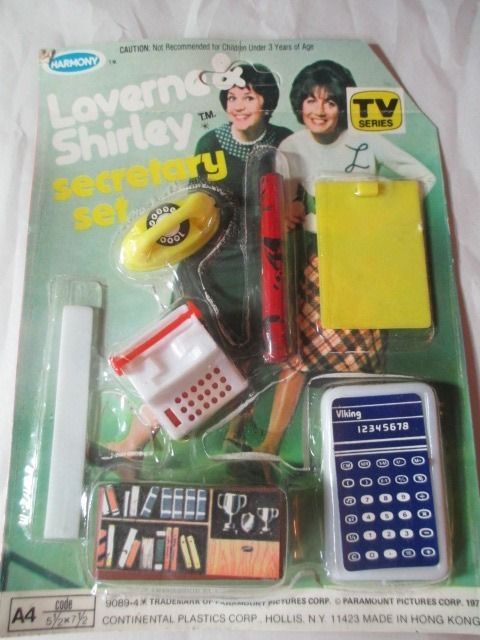 Remember the episode when Laverne and Shirley were secretaries? We don't either, which is why this secretary set makes no sense. 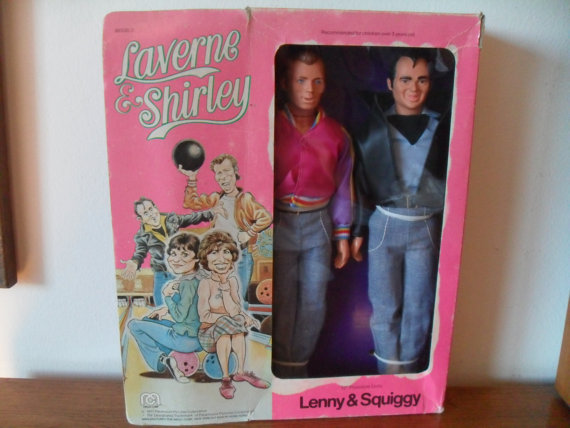 We wonder which kids opted not to go with Laverne and Shirley action figures, but with Lenny and Squiggy instead. 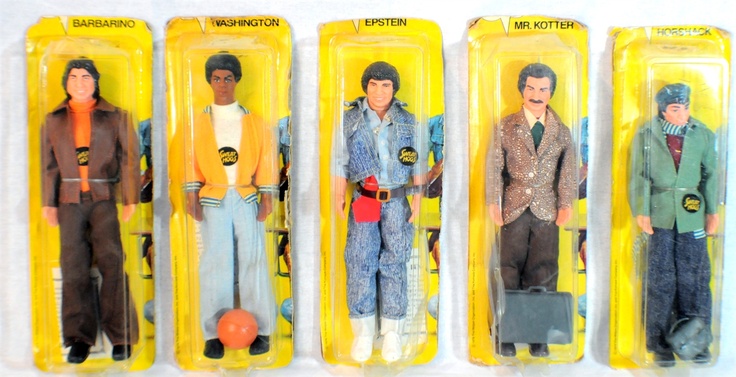 Mr. Kotter and his students would be a blast to play with, but let's take another look at John Travolta's character, Vinnie Barbarino. 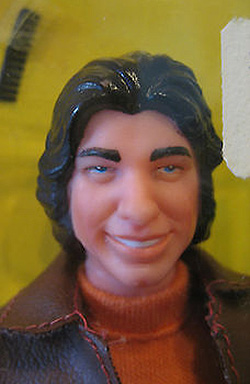 Oh my, this isn't good. Vinnie Barbarino's face looks like a combination of all the characters from the show. 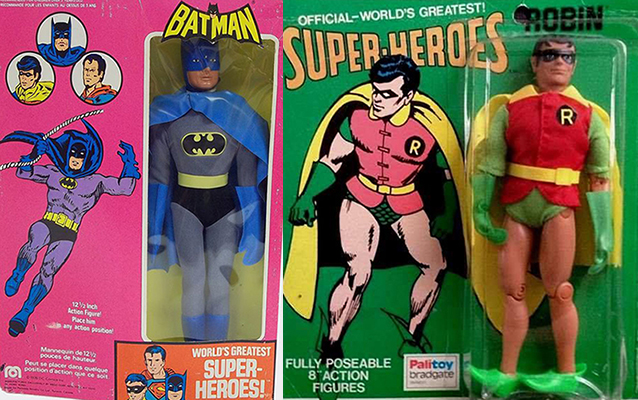 The TV series and its reruns reintroduced the superhero and sidekick to a new generation of fans in the '60s and '70s. That's why these Mego action figures were such a big hit. Fifty years later, you can still get your hands on Batman, Robin, the Joker and the Riddler. Check them out here. 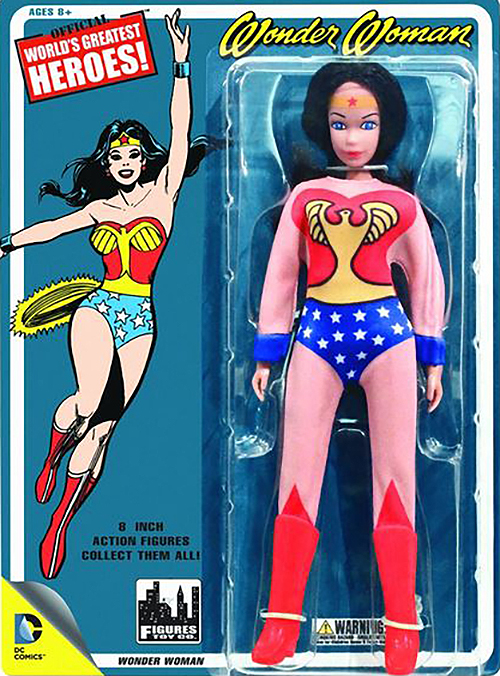 Superhero action figures weren't just for the boys. When Wonder Woman premiered in 1975, Mego released a popular action figure based on the warrior princess of the Amazons. Get a brand new vintage-inspired figurine here.

See More24 school supplies every kid wanted back in the 1970s

Saving lives is all part of the fun, thanks to this Emergency! toy set from J.C. Penney. 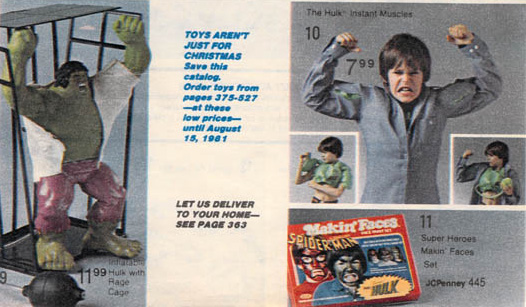 Not only could kids play with the Hulk, they could hulk smash like him, too! You could also rip through your shirt with inflatable "Instant Muscles." Ruined shirt not included.

With their surgical smocks, little plastic Hawkeye and Hot Lips were ready for action at the 4077th Mobile Army Surgical Hospital.

Lassie sure did change over the years... Which is funny, because the show definitely used the same dog for all 19 seasons, right?