Where To Watch Shop Store Contact
Home / Stories / Do you remember amputee detective J.J. Armes and his line of toys?

Do you remember amputee detective J.J. Armes and his line of toys?

The amputee and "world's greatest investigator" had an action figure and appeared on 'Hawaii Five-O.' 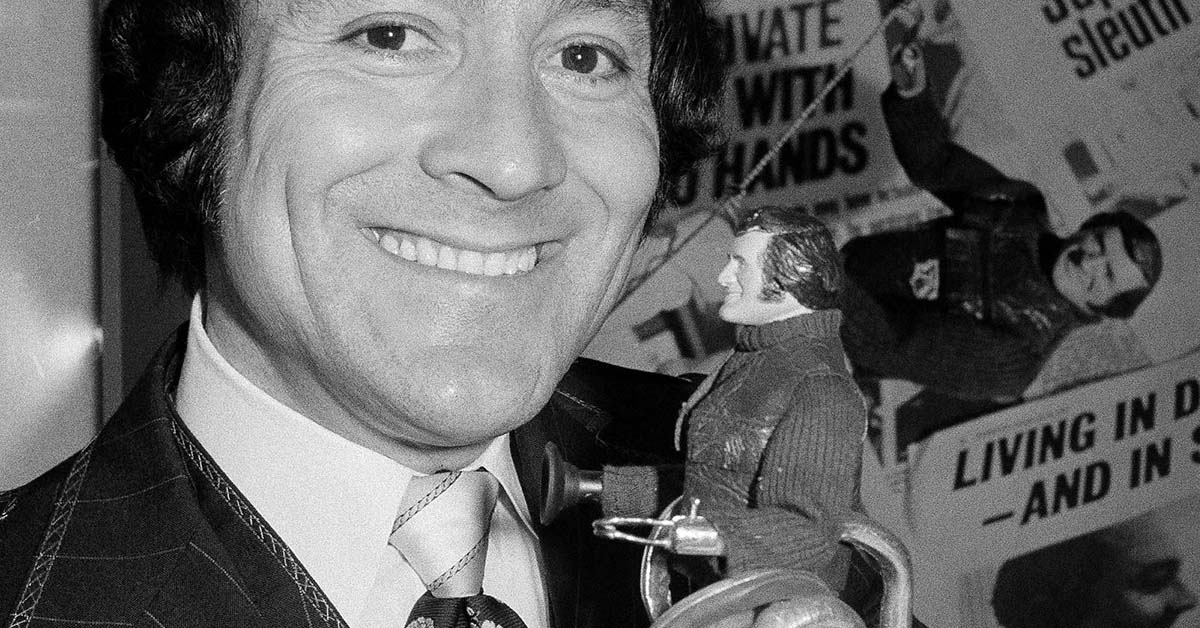 What if we told you there is a man with two hooks for hands named J.J. Armes? The moniker seems a little too on the nose, but indeed Jay J. Armes is real person. Born Julian Armas, near the border in Texas, Armes was 11 years old when he mangled his hands playing with railroad torpedoes, the small explosives placed on a rail as an auditory signal. Doctors amputated his badly damaged extremities. 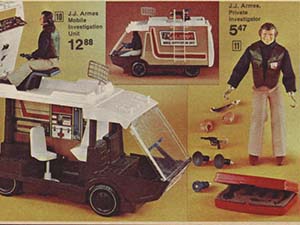 Cut to January 1976. Armes is 43 years old. He "keeps a loaded submachine gun in his $37,000 Rolls Royce as protection against the next — and fourteenth — attempt on his life. He lives behind an electrified fence in a million-dollar mansion with a shooting range, a $90,000 gymnasium and a private menagerie, complete with leopards that prowl the grounds unchained at night. He is an expert on bugging, a skilled pilot, a deadly marksman and karate fighter and, perhaps, the best private eye in the country.”

This profile appeared in both Newsweek and Texas Monthly magazines. Armes was a celebrity P.I., a real life character out of a high-concept television detective show. In fact, according to that fascinating Texas Monthly article, CBS was developing a pilot about — and starring — Armes called The Investigator. He had some acting experience, having once appeared as a sniper in a memorable episode of Hawaii Five-O, the season six opener "Hookman" in 1973. That story would prove to be so popular that the modern reboot would remake it forty years later, with former Robocop Peter Weller playing the amputee sniper.

Alas, The Investigator would never materialize on the airwaves. However, Armes had his own agency, The Investigators, and published his memoir Jay J. Armes, Investigator in 1976. Months later, Ideal Toys, the American doll manufacturer which had successfully launched the Evel Knievel and Tuesday Taylor toys earlier that decade, released a "J.J. Armes, Private Investigator" action figure. 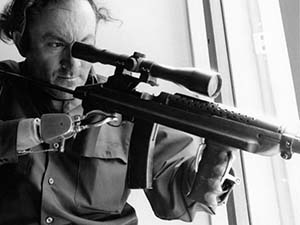 The plastic, poseable J.J. came with hands, hooks, sword, gun and flashlight to snap into his wrists. For an extra $13, kids could get his Mobile Investigation Unit, a brown van complete with satellite dish and, somewhat ironically, a stick of dynamite.

Today the toys can fetch upwards of $150 on eBay. Abrams, meanwhile, runs his Invesigators in El Paso. His website offers services such as Hostage Negotiation, Runaway Recovery and Celebrity Protection. A testimonial from Marlon Brando ticks across the top of the page. Armes is assisted by his son, Jay J. Armes III.

Forty-one years may have passed since People named Armes one of its "25 Most Intriguing People," but the man still fascinates.

quiz
Can you identify these classic TV cop shows by their badges? 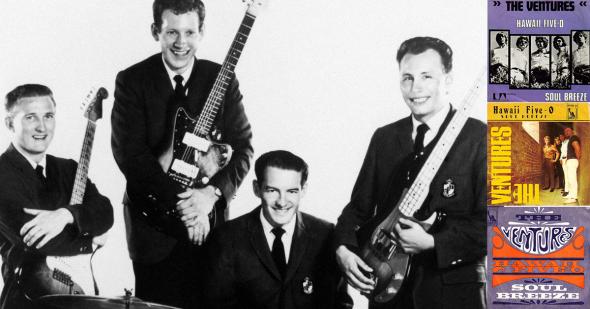 newsmusic
R.I.P. Nokie Edwards, lead guitarist for surf-rock icons The Ventures
Are you sure you want to delete this comment?
Close