Not a fan of canned cream corn? Wait until you see Scramblebuns and Bologna Boats. 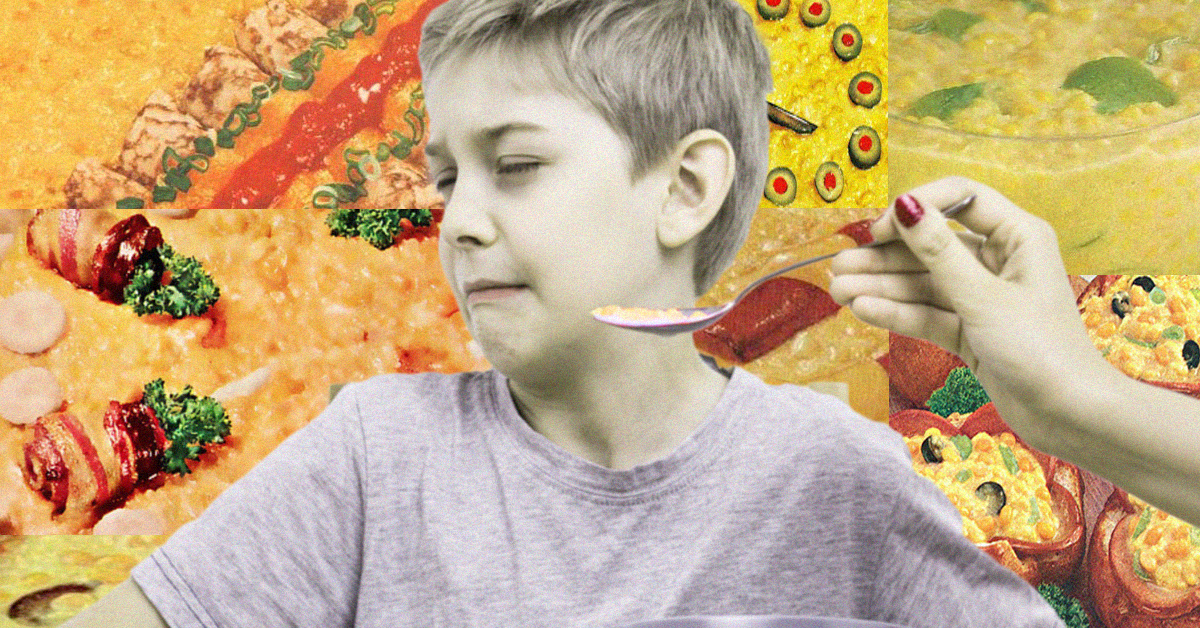 Is there a more divisive food than cream corn? Some people must love it, as it's been a mainstay on the grocery shelves for decades. On the other hand, "Cream Style Corn" remains one of those dreaded memories of childhood. Mom had a special knack for whipping up mystery dishes from canned goods.

Manufacturers like Del Monte and Libby's offered up recipe ideas utilizing their golden goop. According to their advertisements, cream corn could be used in pies, sandwiches and sauces. It could be breakfast or dinner. If you squint your eyes — and taste buds — it could pass for Mexican, German or New England cousine.

Here are a dozen, um, let's say "creative" recipes utilizing cream corn that would tickle the heart of any 1960s lunch lady. 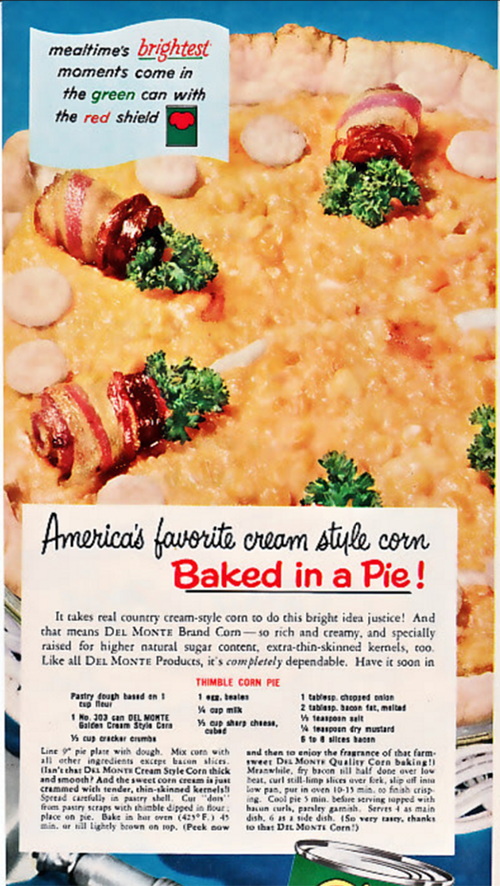 Are there thimbles hidden inside? Are those bacon wraps meant to slip on your finger while sewing? 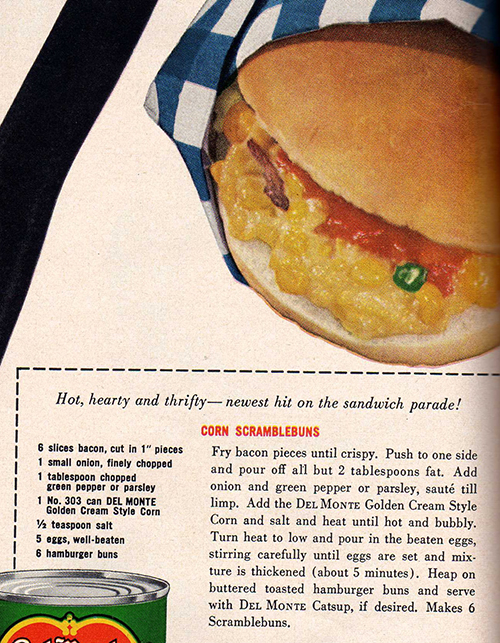 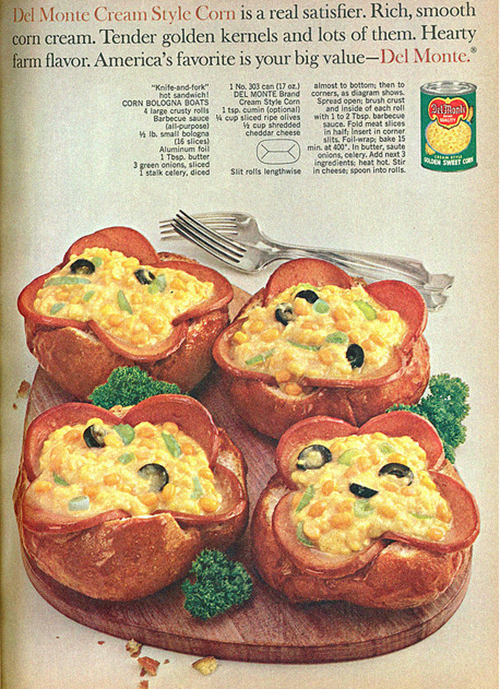 Not recommended for the easily seasick. 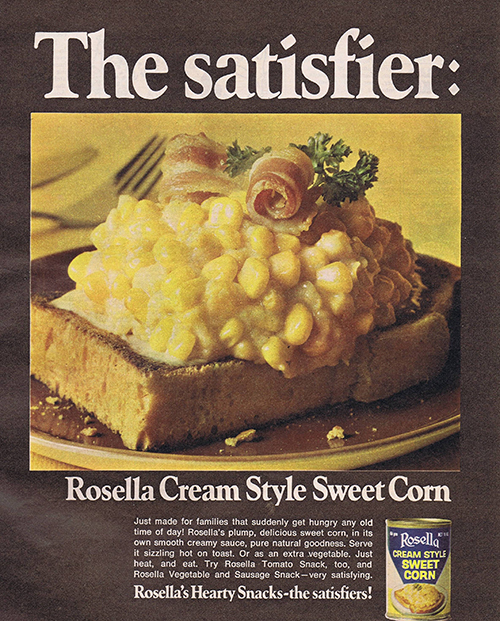 "Sizzling hot on toast." What exactly is sizzling? 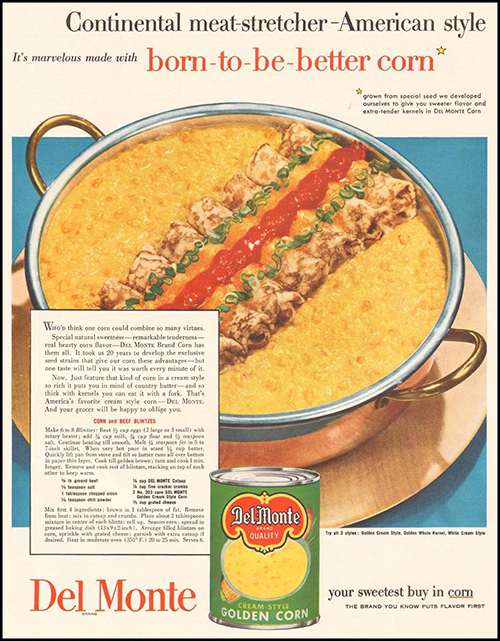 That is one deep bowl of cream corn. 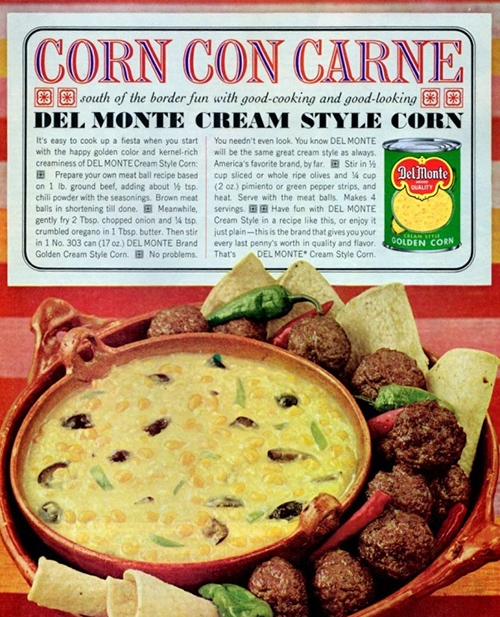 We'll stick with the carne, thanks. 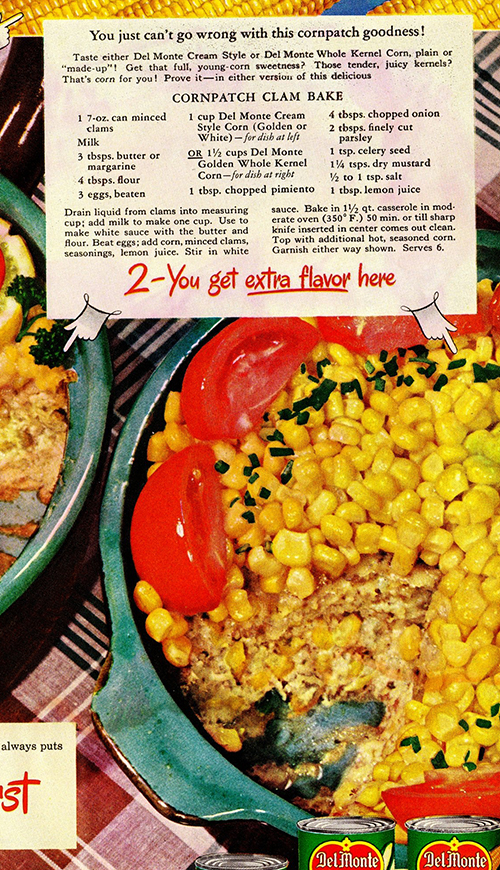 Pork Chops in the Corn 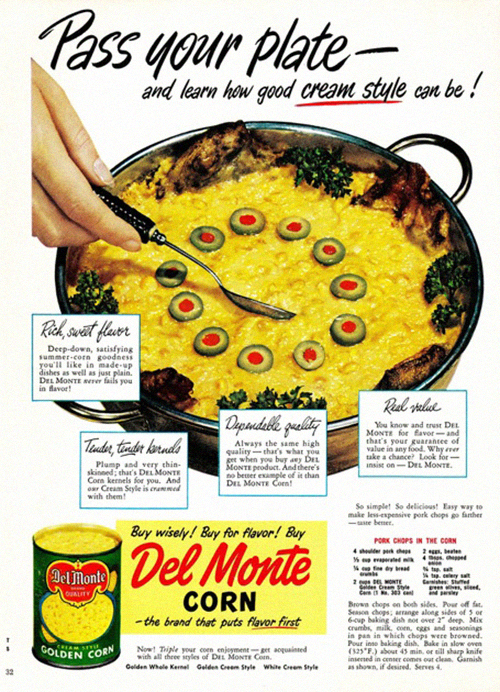 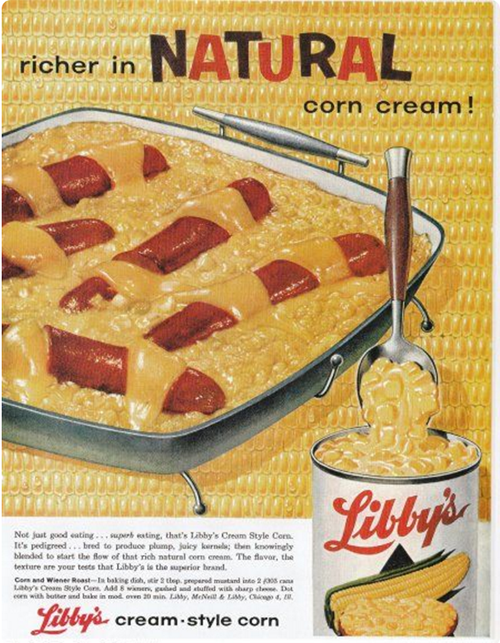 It's hard to read the fine print, but is one of the ingredients "sweat"? 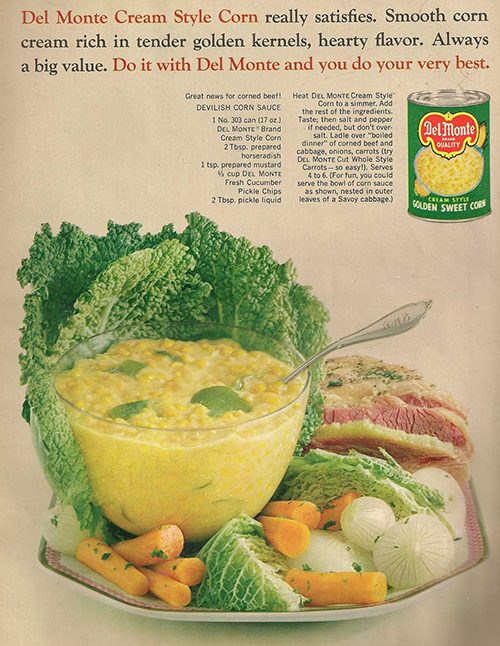 The devil is not always red. 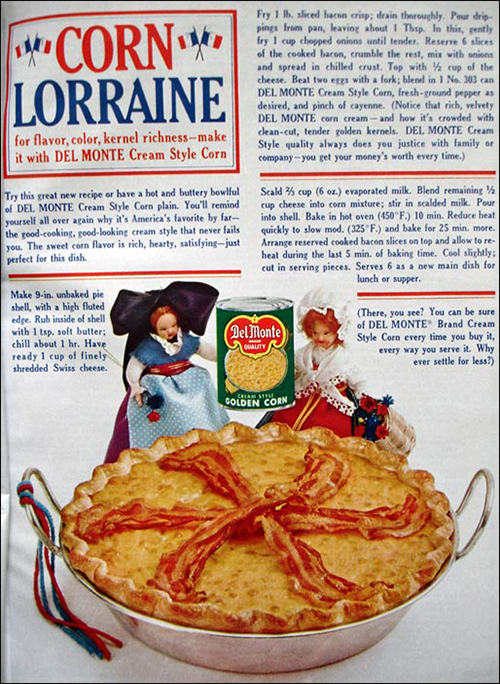 The recipe is not complete without the dolls. 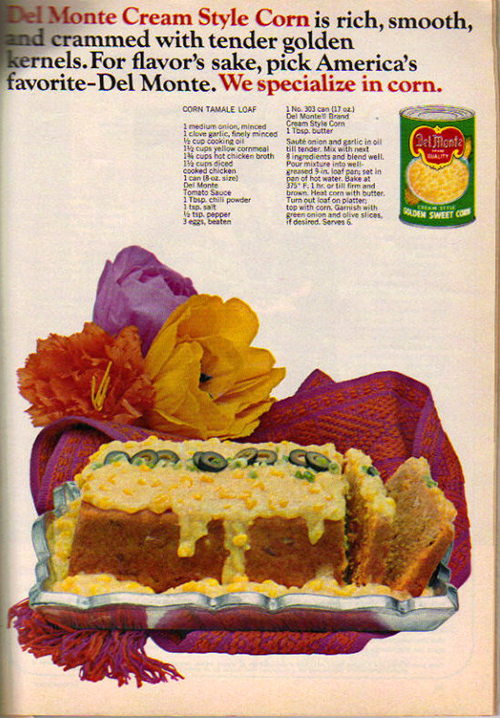 We remember this scene from Ghostbusters.