We've come a long way from swallowing yeast and Acnotabs. 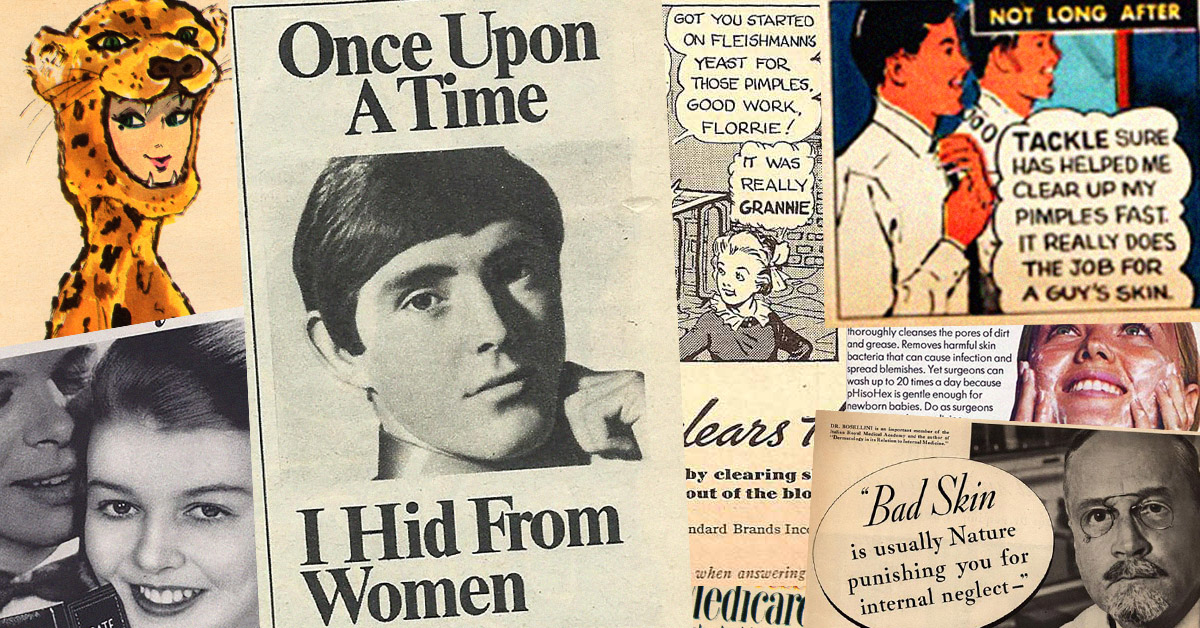 You're going to get zits. It's a fact of life. Nothing causes consternation in a teenager quite like a pimple before a big date. For decades, skin care companies — and, as you will see, baking companies — appealed to this innate fear in adolescents through their print advertisements.

Comic strips about spotty youth, doctors chiding kids for their "internal neglect," predatory cats — there were many ways to tap into the universal fear of acne. Kids of the 21st century can zap their face with laser masks. Decades back, we ate yeast. Oh, how times change.

Here are some vintage ads for bygone acne treatments. See if any of them pop into your memory. 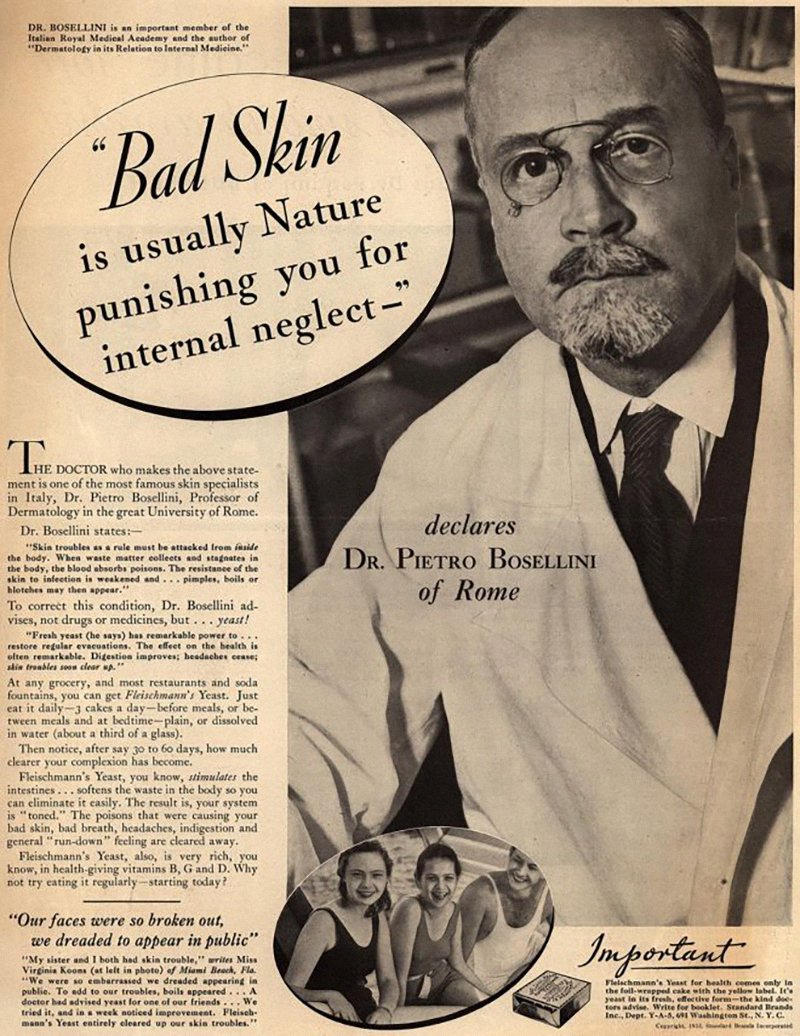 Think of Mother Nature as a strict high school principal. Zits are her detention for you face. Or so this ad would have you believe with its bold "Nature punishing you" tagline.

Yes, in the 1930s the most popular treatment for acne was eating yeast. Mmm, yeast. Three times a day. Australians should feel better about eating Vegemite now.

Just look at how eating yeast helped Florrie in this 1936 Fleishmann's comic that ran in Popular Science. 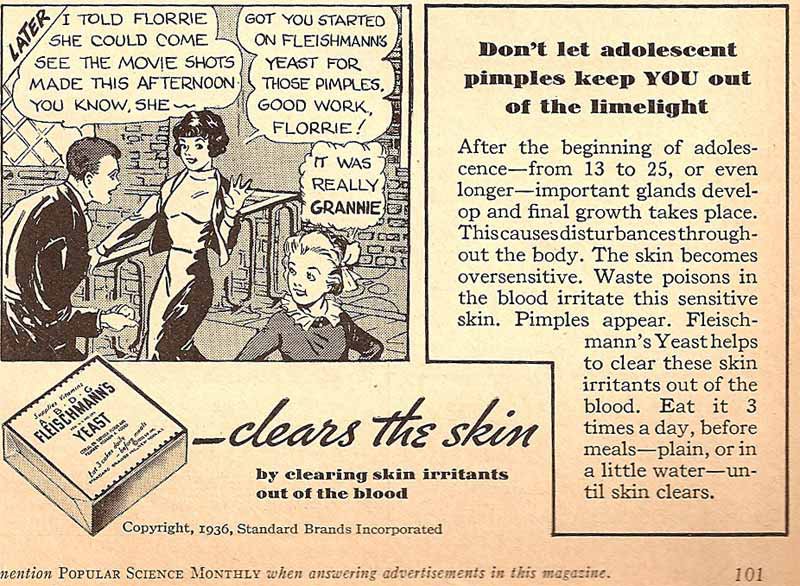 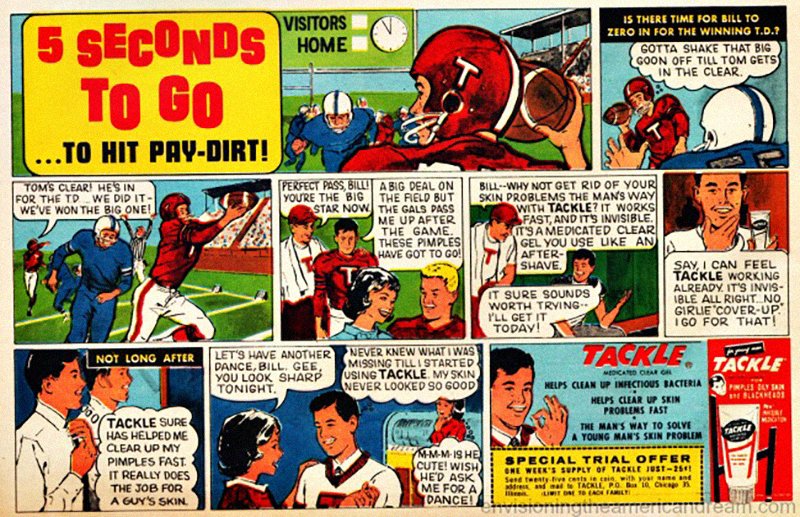 As you can quickly tell by its name and football imagery, Tackle was marketed to boys.

"No girlie 'cover-up.' I go for that," Bill the star quarterback declares. Because, let's face it, star quarterbacks need all the help they can get when it comes to landing girls. 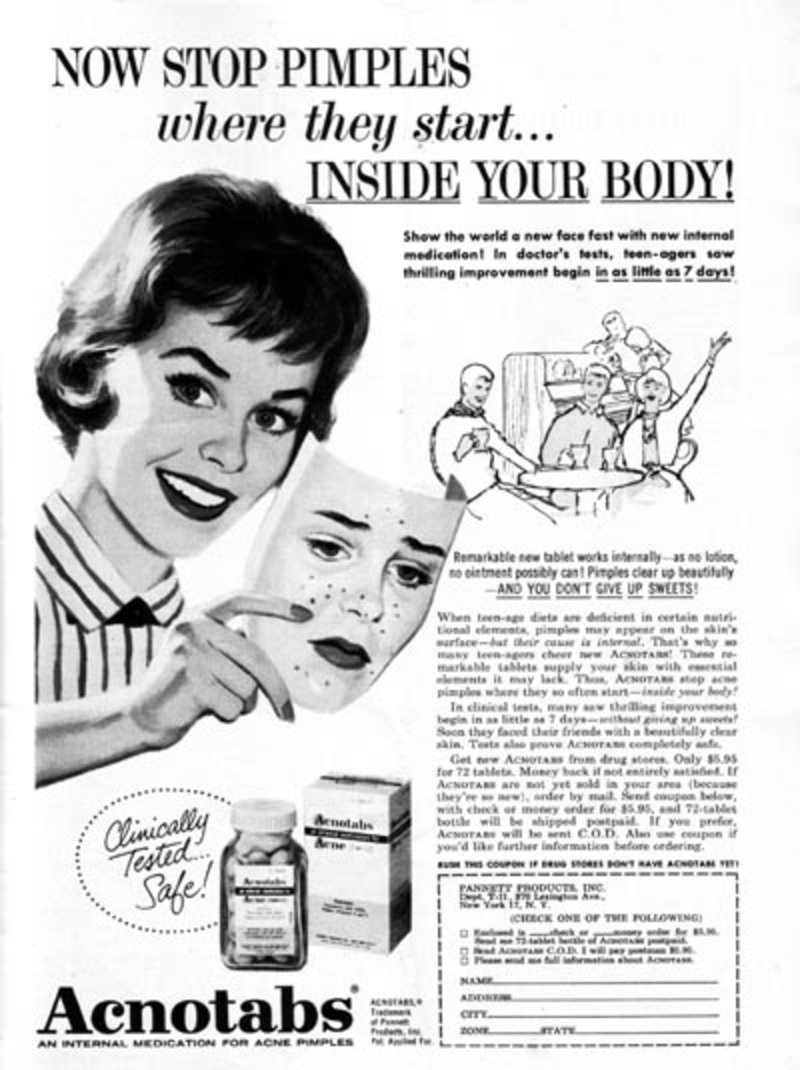 With a name only a mad scientist could love, Acnotabs were mysterious pills that one would ingest to defeat pimples. We're guessing they were filled with yeast.

See Also: 9 shampoos from the 1970s you completely forgot about

"Once upon a time, I hid from women," this handsome man admits. Then he took Sylvakleer, another pill, though one that sounds like space pirate. 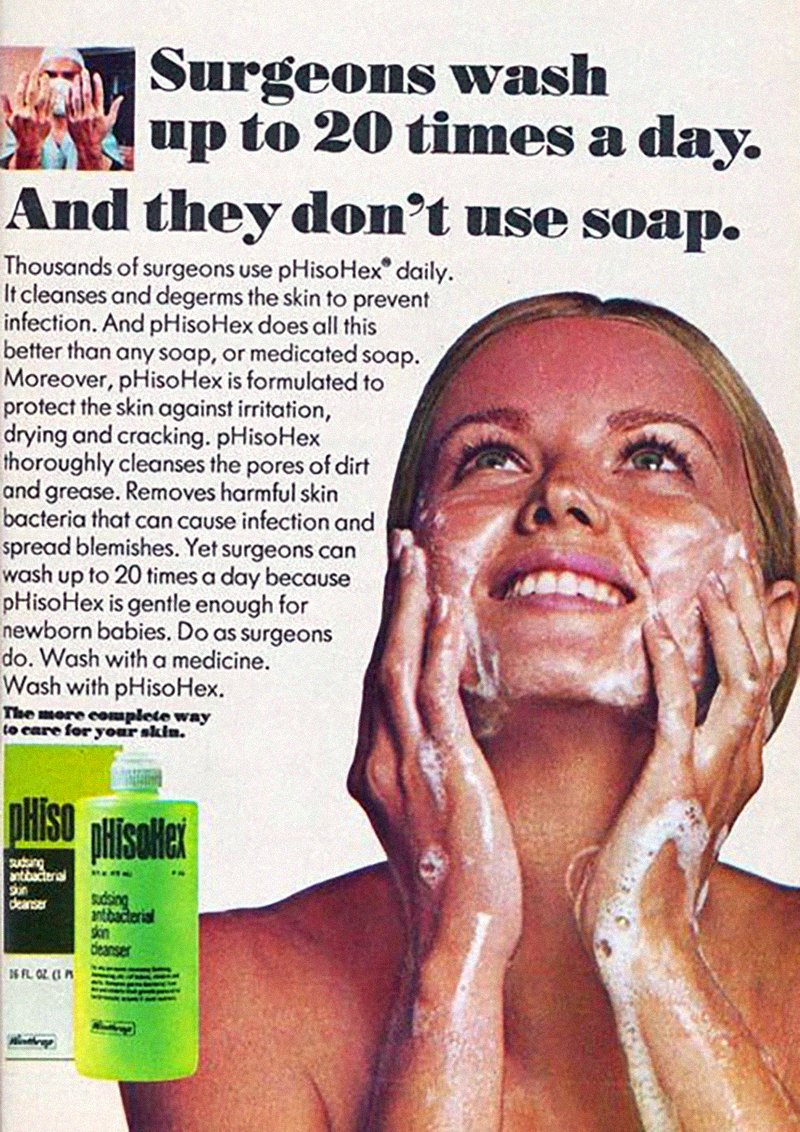 Put a "Hex" on your face! This 1970s product was marketed as the same stuff used by surgeons to scrub their hands before work. They should have done a tie-in with M*A*S*H. 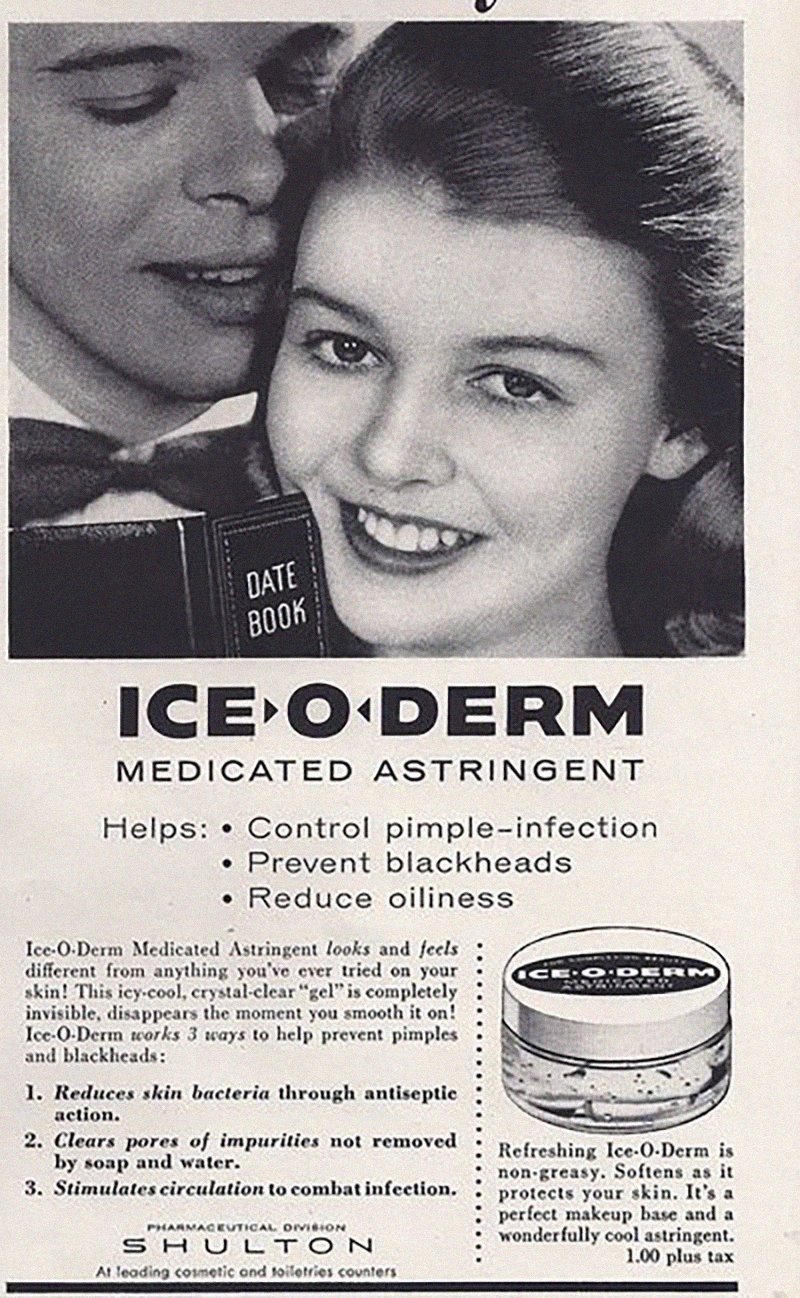 The popularity of Icy Hot makes us imagine this smells like menthol and locker rooms. 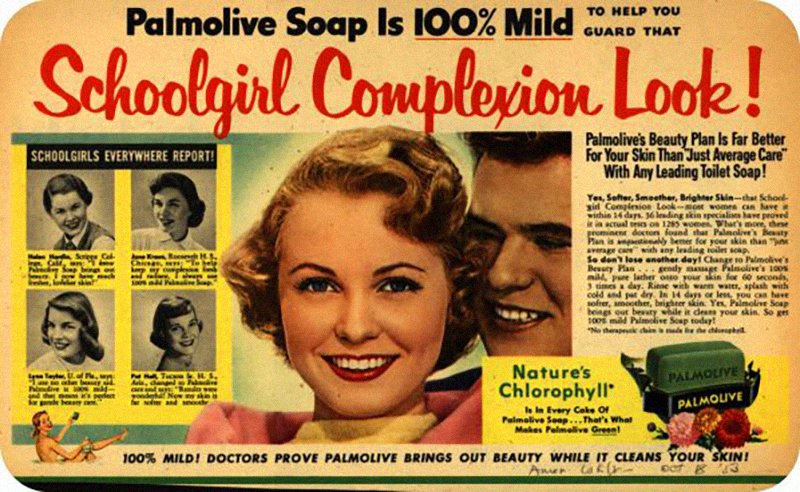 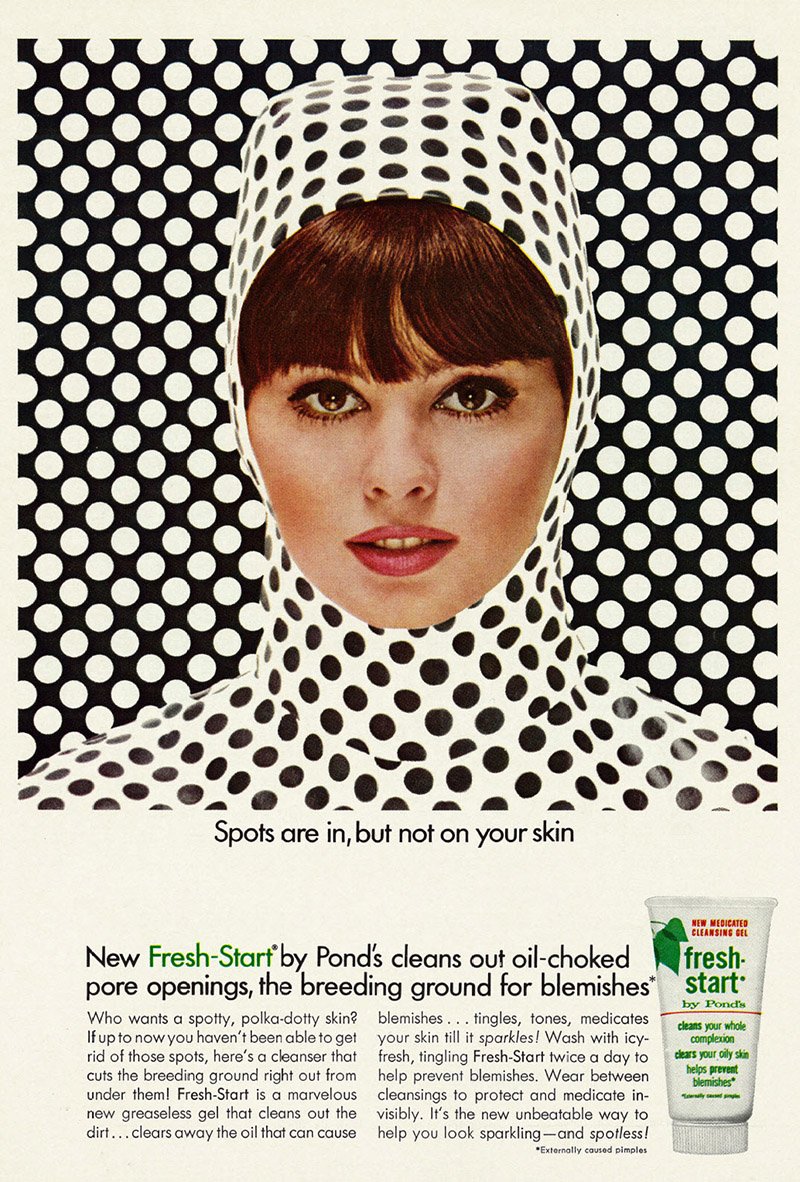 See Also: 11 once popular toothpastes you probably forgot about 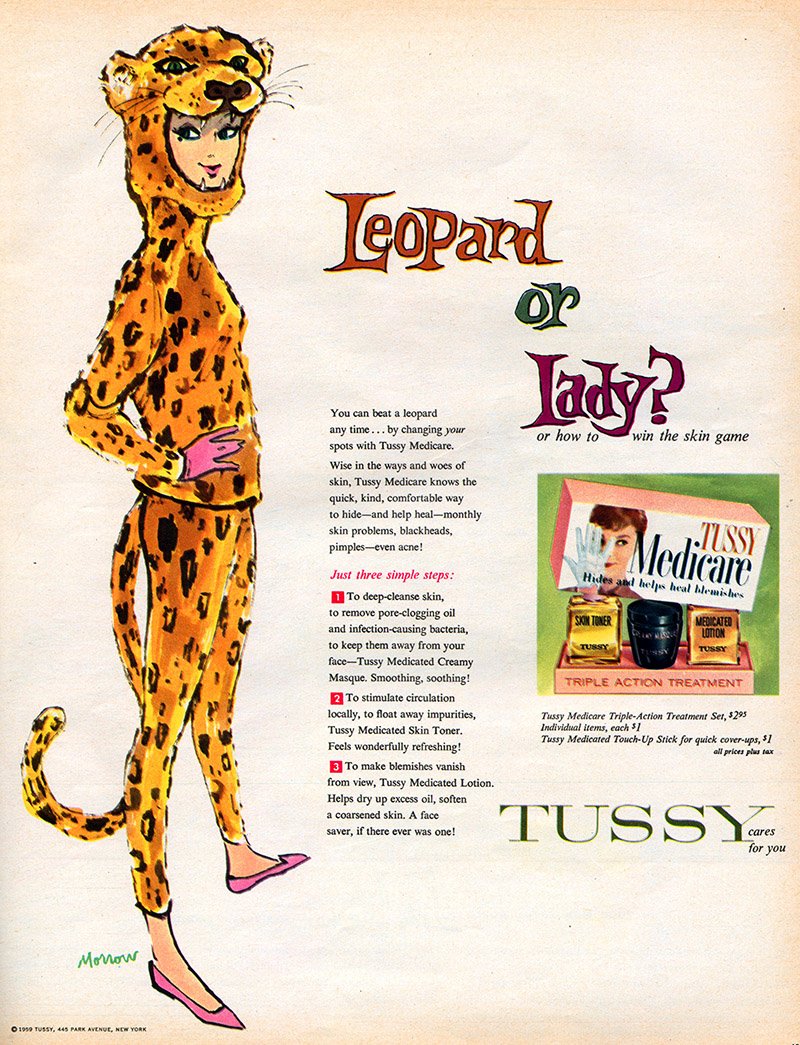 In the 1960s, several ads tried to appeal to women's fears of "looking like a cheetah." Because cheetahs have spots, get it?

However, the women in the ads looked absolutely fabulous in their cheetah prints. 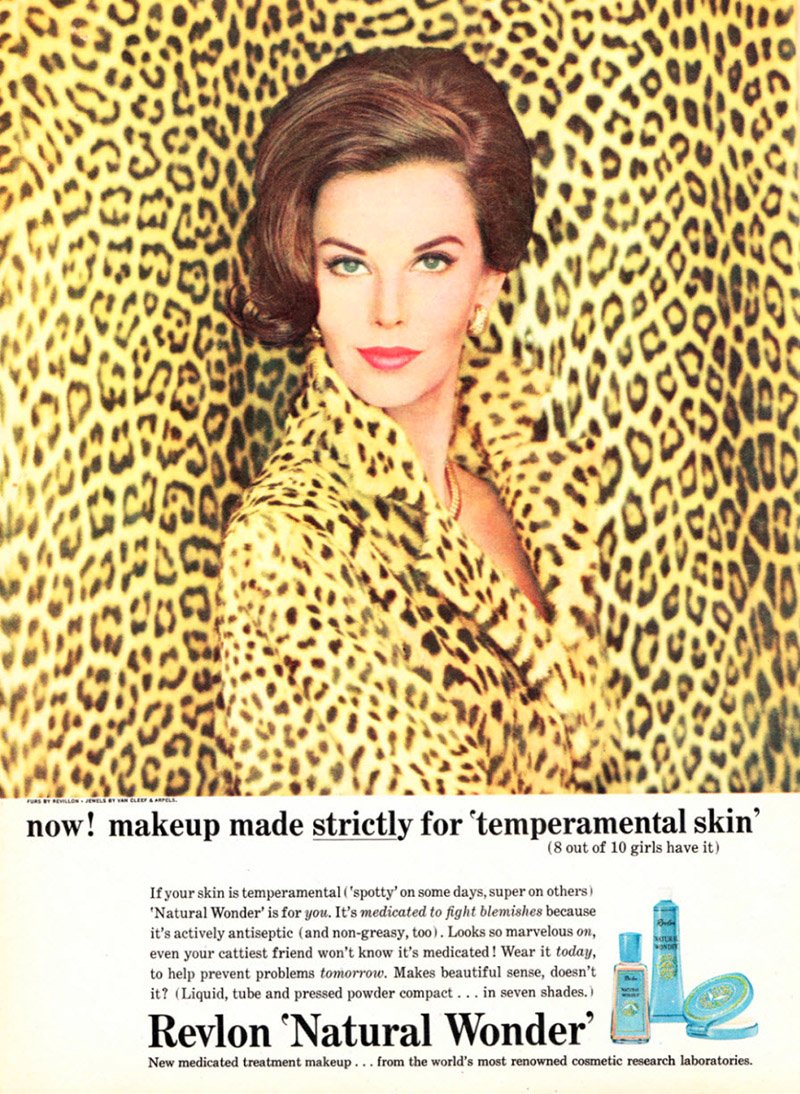 "Even your cattiest friend won't know it's medicated!" With puns like that, these copy writers should have been penning Batman scripts.

Did you use any of these products? What was your go-to as a teen?