Did you put Minipoo in your beehive? 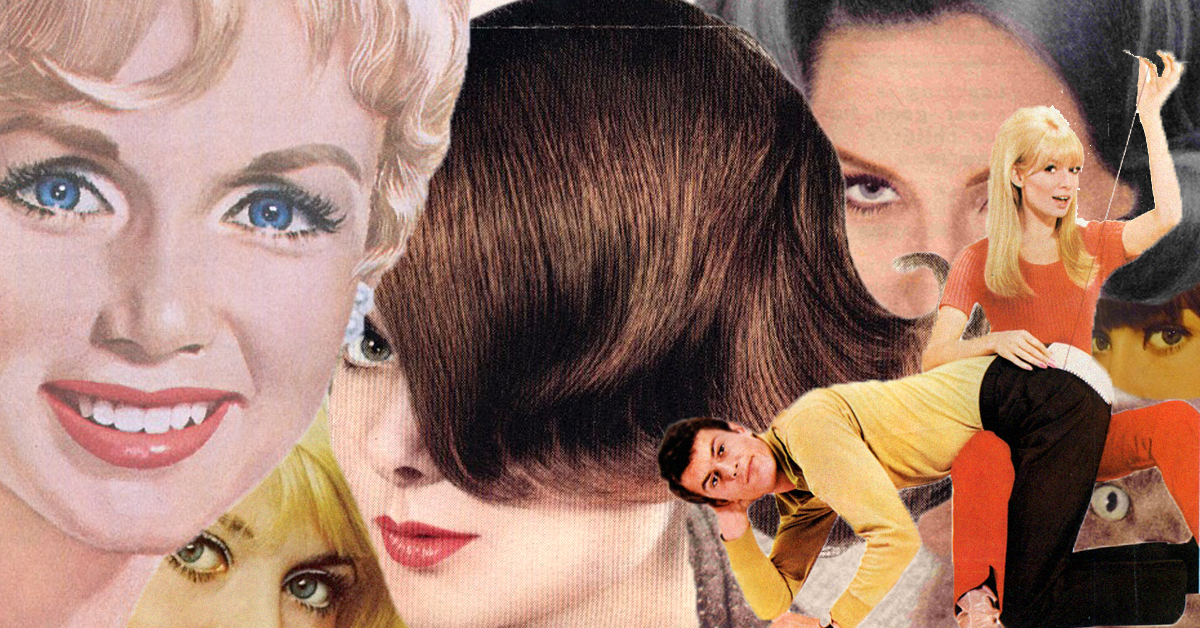 Hairstyles of the 1960s were big, sturdy and beautiful. It took some serious products to keep up those beehives, hold those bouffants and shine those bobs.

Here are some popular shampoo brands from the decade, as featured in some wonderfully retro advertisements and packaging. Do you remember any of these names? 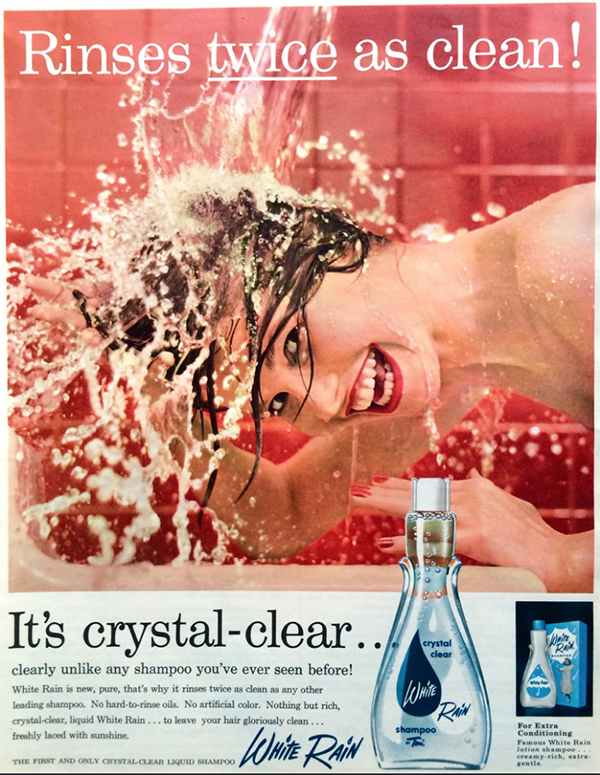 White Rain branded itself as "the first and only crystal-clean liquid shampoo." It would take Pepsi three decades to rip off the idea. 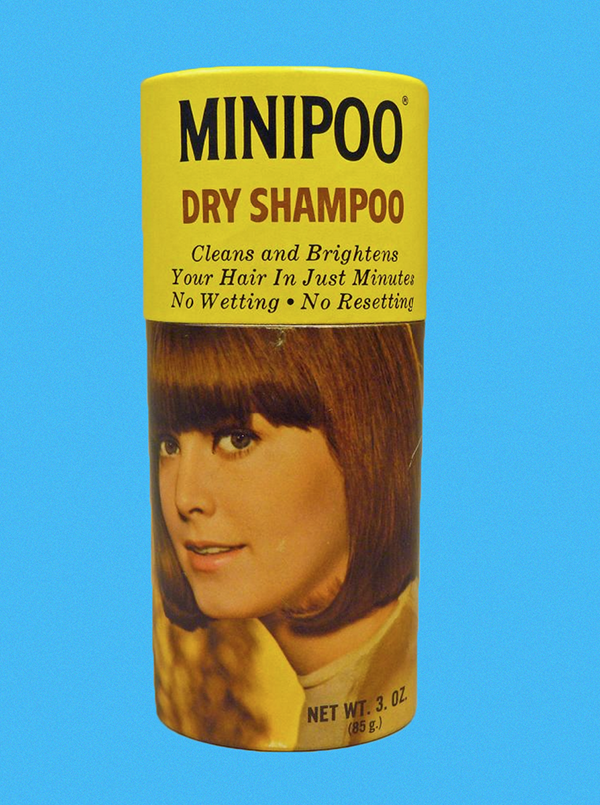 Stop that snickering. This dry shampoo is so iconic, it's in a museum. 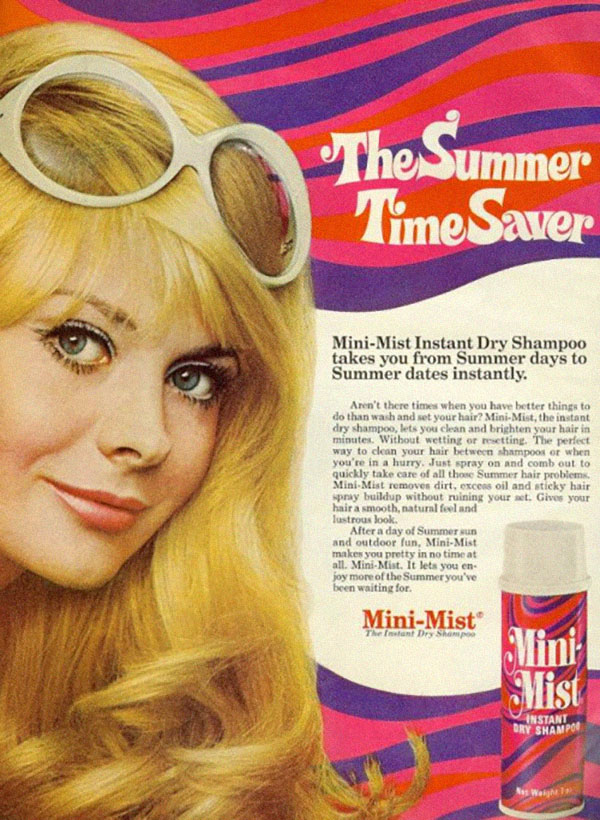 Another dry shampoo, Mini-Mist aimed for girls heading out into the Summer of Love with this groovy design. 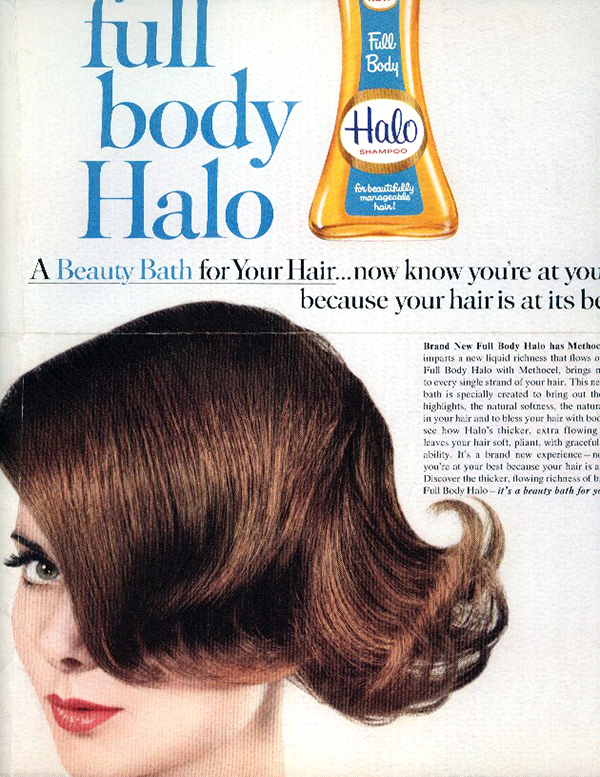 "A beauty bath for your hair," Halo dates back to the late 1930s, when it was offered as a revolutionary alternative to soaping up your scalp. "Soaping dulls hair, while Halo glorifies it," sang celebs like Frank Sinatra and Peggy Lee. 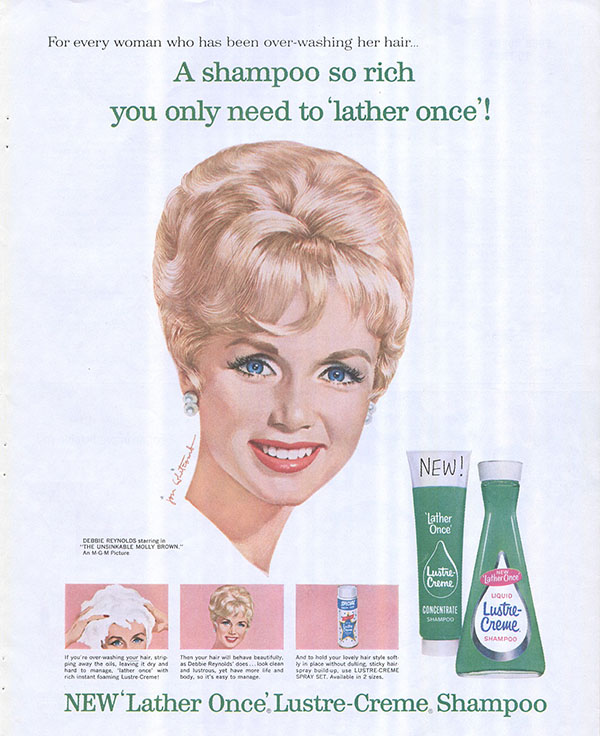 Lustre-Creme was another brand fortunate enough to rope in iconic stars as pitch people. Marilyn Monroe featured in their 1950s ads. Here is Debbie Reynolds, promoting her film The Unsinkable Molly Brown. 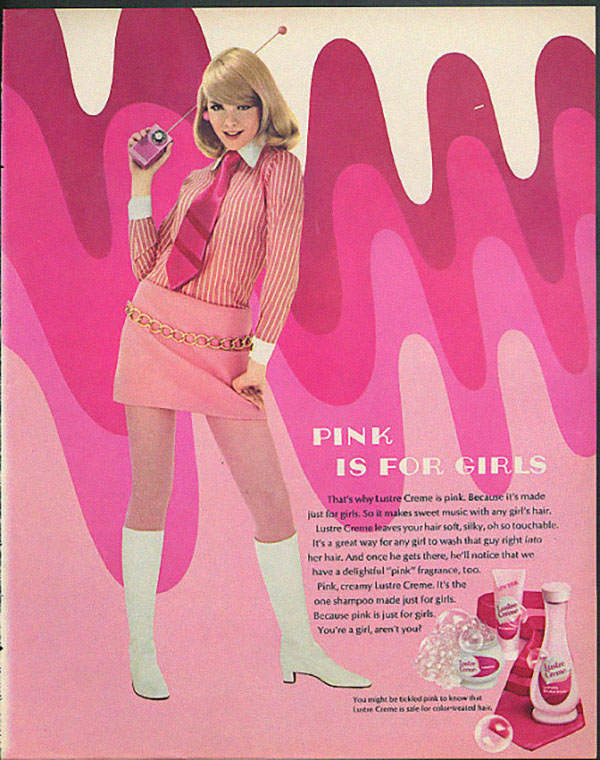 So mod! Lustre-Creme tickled itself pink proclaiming itself as "the one shampoo made just for girls." Just looking at this makes us want to dance the Swim. 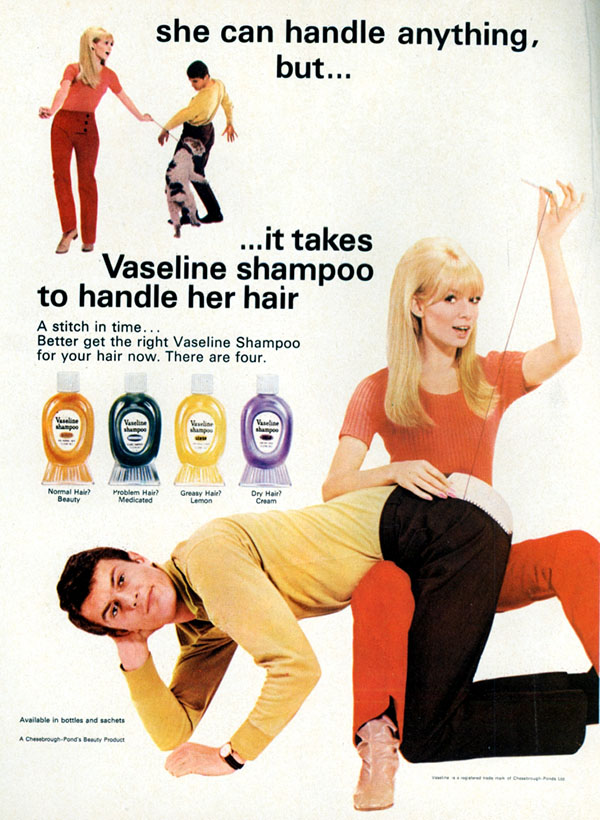 Is it just us or is that guy dressed like Captain Kirk? 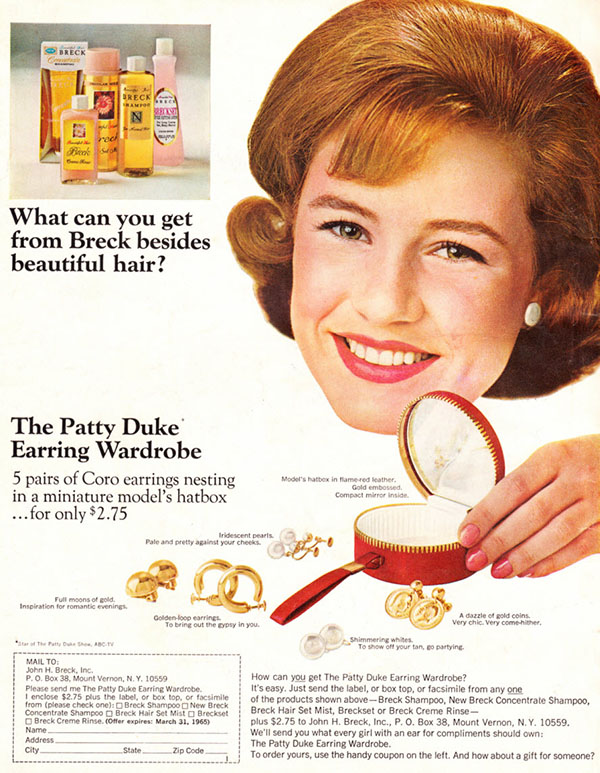 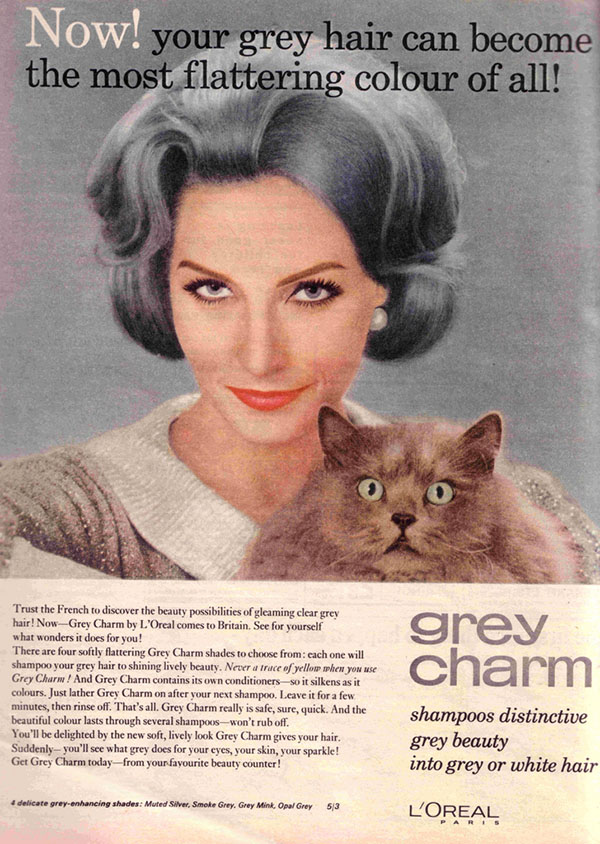 Women loved it. Cats? Not so much, it seems. 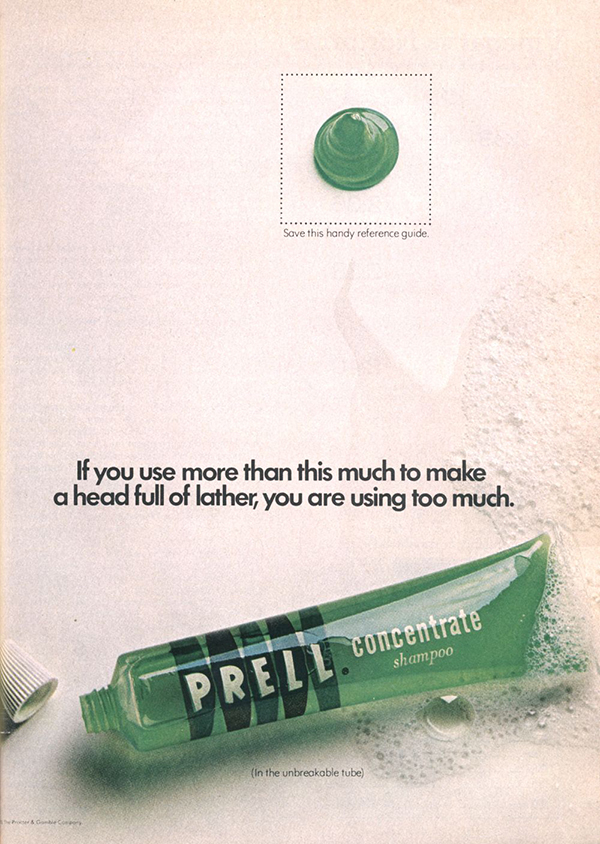 How many people mistakenly brushed their teeth with this?

DarioWiter 28 months ago
Breck shampoo was too perfumy and gooey, while Prell shampoo gives you dandruff!
Like Reply Delete