"Tomorrow" should have been another "Yesterday." But they can't all be hits. 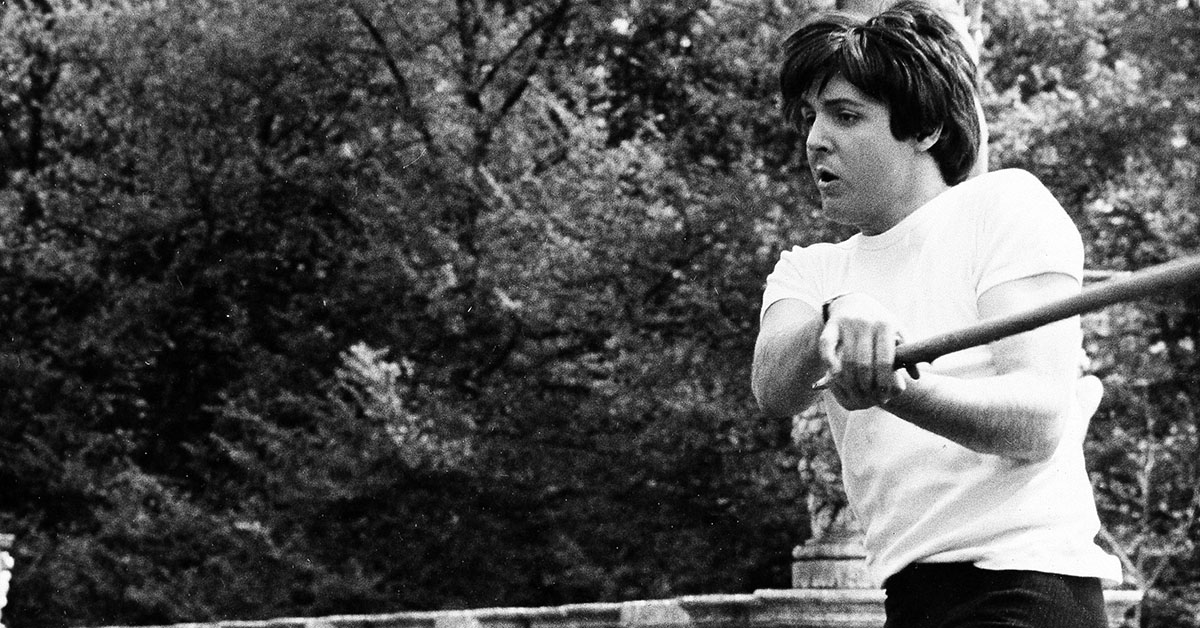 On June 18, Paul McCartney celebrates another birthday. Will we still love him when he's 74? Of course! Sir Paul has been crafting irresistible pop hooks for more than half a century, and the former Beatle continues to push forward. Who would have guessed he'd play guitar on a Rihanna hit?

The experimental side of Paul has long been underappreciated. John is typically painted as the progressive; George is viewed as the mystic who absorbed Eastern influences; while Paul too often is pigeonholed as the softie with a knack for love songs. While he certainly is that, the Cute One can whip up a rock & roll racket or slip into meditative electronic music, as well.

These songs demonstrate his full range, from Beatlesy pop to funk and futuristic electro. There is no real methodology to our selection — we simply love these moments as much as his hits.

The first Wings album, which came in a flurry of post-Beatles releases following the band's breakup, is shockingly ignored, despite sounding so similar to 1960s work. "Tomorrow" is a melodic wonder, the yin to "Yesterday"'s yang, and sounds like something he selfishly kept hidden away from the Revolver sessions. The Peruvian psychedelic band We All Together also cut a beautiful cover version.

"Nineteen Hundred and Eighty Five"
Band on the Run, 1973

With its slowly swirling synthesizers, the closing track from his most beloved work outside the Beatles indeed sounds presciently like something from 1985 — or at least like ELO's vision of 1985. The driving number foreshadows his work in electronic music, but is overshadowed by the massive jams like "Jet" and "Band on the Run" that precede it.

II remains McCartney's most charmingly experimental album. The lo-fi synth-pop pleasures of "Temporary Secretary" have grown quite a following over the decades, and this instrumental is equally gleeful, bringing to mind David Bowie's Berlin era.

In the early '80s, Paul dabbled with soul and collaborated with the kings of R&B — Jackson and Wonder. If "Ebony and Ivory" was McCartney inviting Stevie Wonder to sit on his piano bench, "What's That You're Doing" was Paul handing the reins over entirely to his guest star. This fonky-with-an-O strut sounds straight off Wonder's Hotter Than July.

After nearly slipping into obsolescence in the late 1980s, McCartney regained his mojo with the throwback Flaming Pie. This is where the onetime Beatles bassist began to openly feel nostalgic for the early days.

In the new millennium, Paul would jump back and forth between retracing his roots and boldly trying new ideas. Run Devil Run largely consisted of cover songs, his odes to his favorite 1950s rumblers, though it did sneak in a couple of new, original tracks. This is perhaps the last time Paul really let loose and ripped in the garage.

Run Devil Run was recorded with David Gilmour on guitar, and hanging out with the Pink Floyd man must have rubbed off, as the follow-up featured this sprawling, noisy finale. Here's proof that Paul can both strip down and stretch out.

See Also: Muhammad Ali meeting the Beatles gave us these brilliant pictures
"English Tea"
Chaos and Creation in the Backyard, 2005

Radiohead and Beck producer Nigel Godrich oversaw Paul's best-sounding album of the new century. This obvious nod to 1967 included the self-aware confession of "very twee, very me," as it bounced along to violins, perky piano and flute.

Under the alias of the Fireman, McCartney teamed with industrial-techno icon Youth for three album. Their output delved into trance and minimal dance, but the third LP did manage to work in elements of Paul's traditional verse-chorus-verse. This relaxed psychedelic drift met his more conversative fans halfway.

The biographical ballad from his most recent original album finds Paul in the reflective mood of a man nearing his final chapter. Of course, he has so much more to say. After all, he collaborated with Kanye not long after. Some bluesy bluster adds volume to what is an achingly nostalgic flashback.