These one-year wonders made the Top 40, but were quickly canceled. 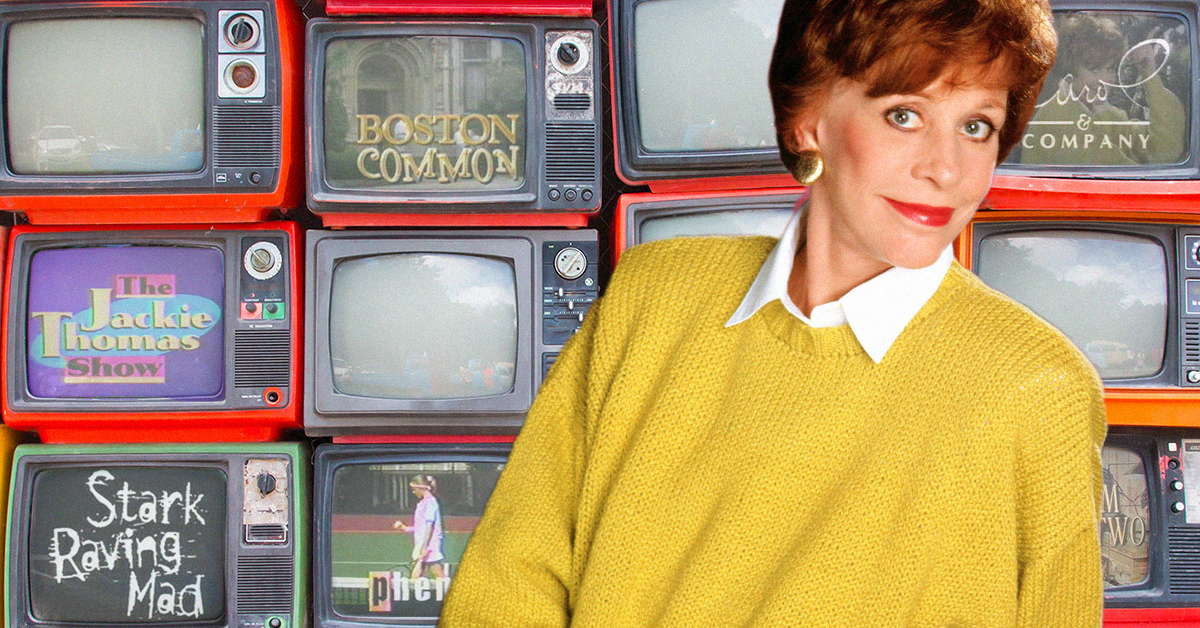 The volume of television shows increased dramatically in the Nineties. Upstart networks The WB and UPN joined the big three and the blossoming Fox — and that's not even mentioning the proliferation of cable. The TV biz became much more of a dog-eat-dog world. Plugs were pulled with far more haste.

The top sitcoms of the era — your Seinfields, Full Houses, Roseannes and whatnot — anchored hit programming blocks like ABC's TGIF and NBC's Must-See TV Thursdays.

However, there was always that one slot in those blocks that seemed jinxed. Many of these short-lived series sat in those choice, but highly pressurized time slots. Critics loved some and loathed others. Regardless, they all brought in viewers, for a time, and quickly vanished.

Do you watch any of these shows? 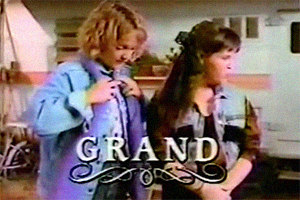 The cast was enviable, with Bonnie Hunt, Michael McKean and Joel Murray onboard, and the concept was proven. Grand was same sort of soap opera parody that Soap had perfected a decade earlier. That was perhaps its biggest hurdle, as well. Sandwiched between Cheers and L.A. Law, it climbed to No. 25 in the ratings. That was not enough to make it one of the rare television programs to run for two shortened seasons within the same calendar year. 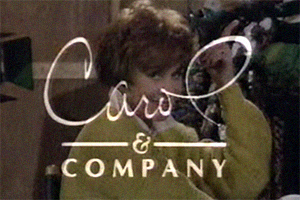 With a troupe of talents that included Jeremy Piven, Richard Kind and Peter Krause, Carol Burnett made a comeback with this anthology series for NBC. Unlike her sketch-filled Carol Burnett Show, Carol & Company crafted a stand-alone 30-minute spoof sitcom each week. For example, one episode parodied Doogie Howser, M.D., with guest star Neil Patrick Harris playing "Hoogie Dowser." They can't all be "Went with the Wind," folks. Betty White and Tim Conway made cameos, helping the show claw its way into the Top 40, but the series only lasted 33 episodes and a little over a year. 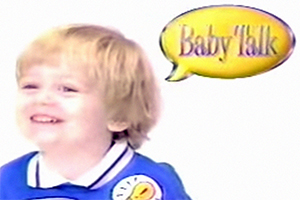 Critical praise typically has little relevance on sitcom longevity. Take Big Bang Theory, for example. Or Happy Days, for that matter. Speaking of Chachi, Scott Baio appeared with George Clooney (yes, Clooney and Baio once worked together) in this loose adaptation of the Look Who's Talking movies. Only this time, Tony Danza was the voice of the baby, not Bruce Willis. A 1991 critical poll named Baby Talk the Worst Series on Television. Nobody but Baio seemed to want to be a part of it. Star Julia Duffy, the second actress cast as the mother of the talking baby, begged to leave and was released after the first season. "We're just going to do the best we can," Baio stated, "And [if that's] what the people like, that's going to stay on." Shoved between Who's the Boss? and Roseanne on ABC, Baby Talk broke into the Top 30. However, it only ran for 14 months. 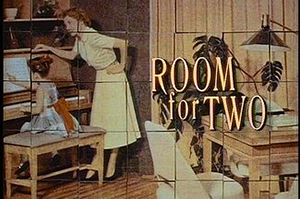 A lead-in is everything. This Patricia Heaton and Linda Lavin mother-daughter comedy sailed to No. 12 in the spring of 1992, as it rode in the wake of Roseanne. However, a jump from Tuesday to Thursday — going head-to-head with Wings — lost its audience. Heaton would certainly do well for herself in later sitcoms. 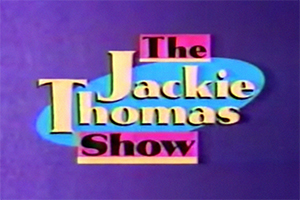 Speaking of Roseanne, a great deal of off-screen drama swirled around this comedy vehicle for her then-husband Tom Arnold. The concept was heavily indebted to The Dick Van Dyke show. Roseanne Barr and Arnold pressured ABC into slotting the sitcom after Roseanne, then the No. 2 show in TV. It worked, for a time. The Jackie Thomas Show premiered with the highest ratings of any network series debut since Twin Peaks, and it held onto 90% of Roseanne viewers. At the end of the season, it ranked at No. 16. Barr publicly threatened to leave the network if Jackie Thomas was not renewed. Spoiler: It was not renewed. Arnold switched networks. Barr stayed at ABC — and the couple divorced. 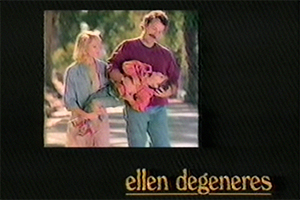 Another victim in the battle between the Arnolds and ABC was this medical sitcom, most notable for featuring Ellen DeGeneres as a ditzy nurse. Despite Ellen's involvement, there was an overwhelming apathy surround the show, from network to cast. The last show premiered by the network that season, Laurie Hill had little promotional enthusiasm from ABC. Five episodes aired and everyone moved on with a collective shrug. Nevertheless, it did chart at a respectable No. 38 in the Nielsen ratings. 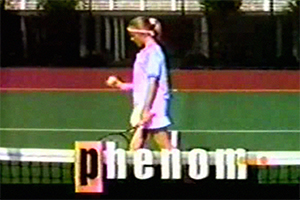 Judith Light headlined as the mom in this charming sitcom about a young tennis phenom. A cushy time slot between Full House and Roseanne served this show well, as it ranked in the Top 20. There was even a lovely theme song written and performed by Carly Simon. Major champion Tracy Austin served as a technical consultant on the believably choreographed tennis action. Oddly, ABC ousted the show after one season. Where's John McEnroe to argue a call when you need him? 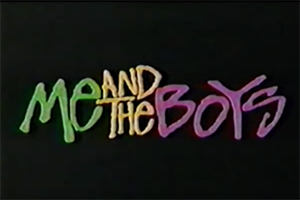 Steve Harvey stepped into Phenom's vacated slot for his first starring role. This comedy about a widowed father and video rental manager scored enviable ratings, coming in at No. 20 with Nielsen. ABC canceled this one, too, after a single season. 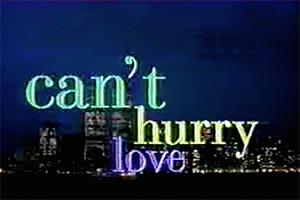 Nancy McKeon, best known as Jo on The Facts of Life, starred in what was essentially a watered-down precursor to Sex in the City. Despite having an average household rating of 11.4, tying it for 24th place among all TV shows that year, Can't Hurry Love was rushed off the schedule. 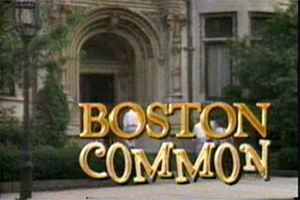 No time slot of the 1990s was more cherished and cursed than the half-hour between Friends and Seinfeld on NBC's Must See TV. The network plugged countless fleeting "hits" into the spot. Basically "Friends but in Boston," Boston Common was a Top 10 smash as a mid-season replacement. The sitcom relocated to Sunday night — but its viewers did not. The show sunk like tea in the sea, plummeting from 8th to 52nd place. 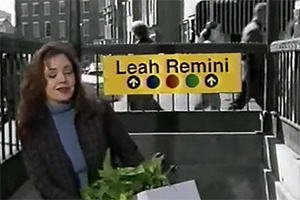 NBC quickly learned that Thursday evenings was the only environment with oxygen for fledgling sitcoms. Like Boston Common, this Leah Remini one was the No. 6 show on TV — when it aired immediately after Seinfeld. A move to Monday led to Fired Up being just fired. 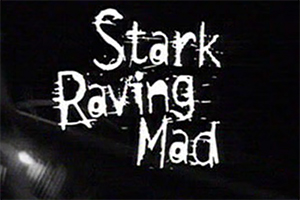 The People's Choice Award for Favorite New Television Comedy Series. Talented, beloved stars Tony Shalhoub and Neil Patrick Harris. A clever concept that was The Odd Couple meets Stephen King. Ratings consistently in the Top 20. So what went wrong? Why was this canceled after one season on NBC? That remains a mystery, like the writings of Shalhoub's fictional "Ian Stark." 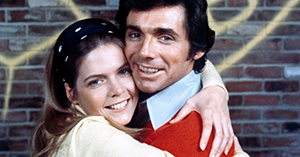 Do you remember Bridget Loves Bernie and Funny Face? They only lasted a year for much different reasons. READ MORE