The 16 sweetest free prizes that ever came inside cereal boxes

Glow-in-the-dark pens! Spy kits! Terrariums! We dig deep into the past to find these toys. 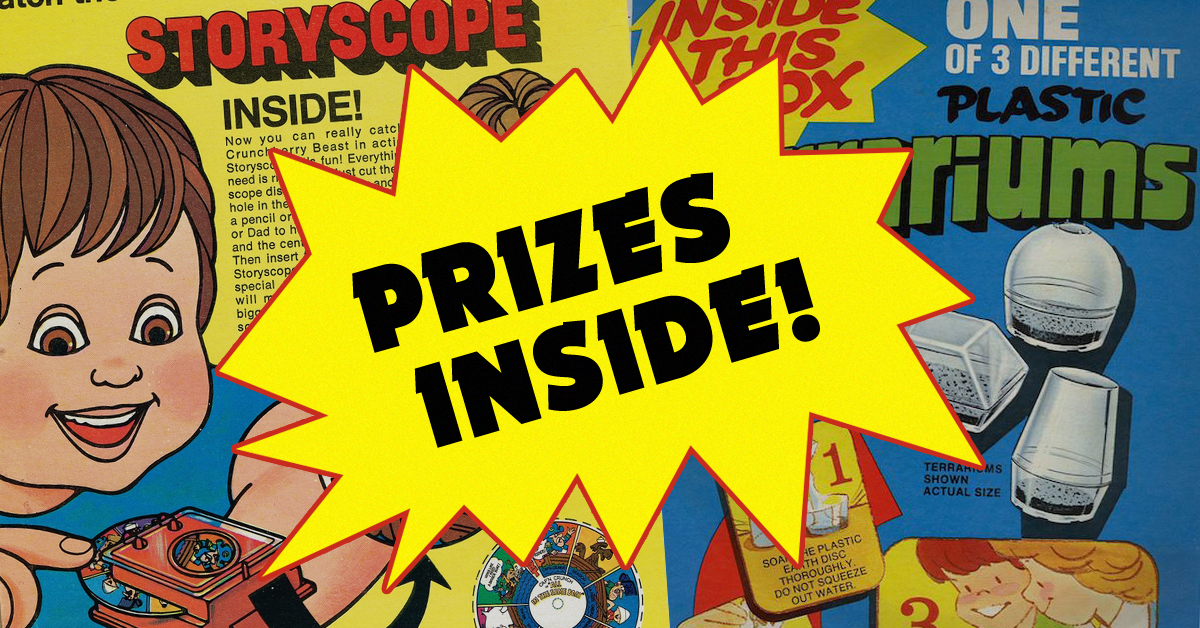 Last year, Cracker Jack got rid of physical prizes inside their snack boxes. It was the end of an era. Now kids get some kind of download, or have to scan a QR code with their phone. That's hardly the same thrill as digging for a little toy buried amidst the peanuts and popcorn.

Cereal prizes have slowly faded away as well. There was a time you could find a tiny plastic thingamajig in the bottom of every box. The boxes themselves were often toys, that you could convert into, say, a basketball backboard. General Mills, Post and Kellogg's gave away everything from toy cars and rockets to binoculars and decoder rings.

We shoved our entire forearm down into the cereal immediately after opening the box. We did not wait to eat our way to the prize.

Here are the most memorable free prizes we ever found inside a cereal box. Which was your favorite? 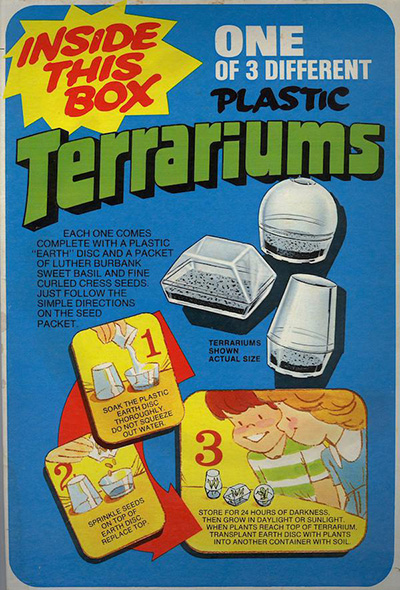 Some parents said cereal was too sugary and unhealthy. However, thanks to these terrariums, you could tell Mom, "But I'm going to grow my own Luther Burbank Sweet Basil and Curled Cress!" It's basically a salad, Mom. 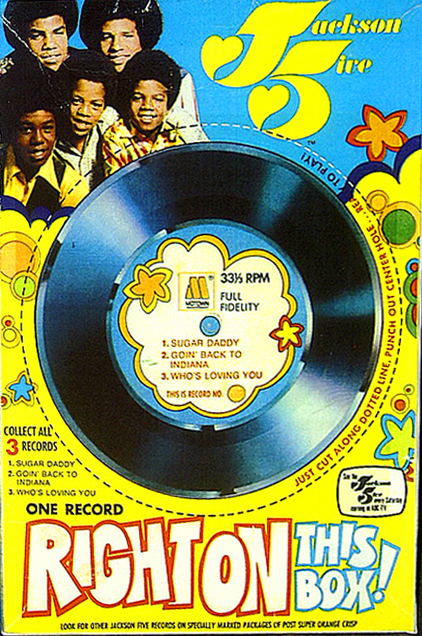 Technically this is the back of the box, not inside the box, but how cool was dropping a needle on Sugar Crisp packaging? Sure, the vinyl revival is great, but when is the cardboard revival coming? The cartoon, honey-sweet Archies were an ideal pop act for such gimmicks, but the Jackson 5 were classics. 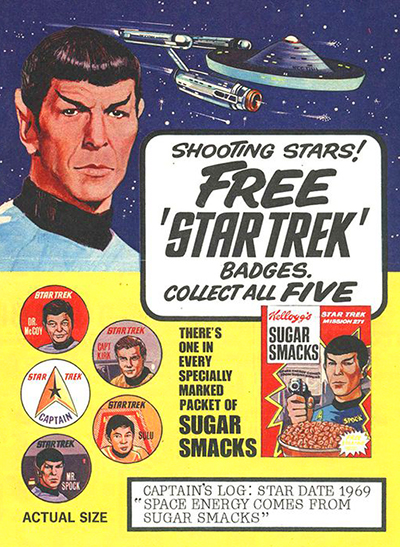 Obviously, we're a little partial to anything Star Trek. These badges were one of the earliest sci-fi franchise tie-ins you could find in cereal. Notice that Spock's uniform has "SPOCK" on the front, in case you didn't recognize him. 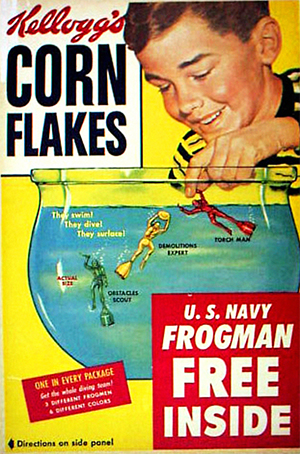 Coming in Obstacles Scout, Demolitions Expert and Torch Man varieties, the awesome water toys were one of the first exclusive prizes. This was a peak plaything in the 1950s.

5. Glow in the Dark Pen in Super Sugar Crisp 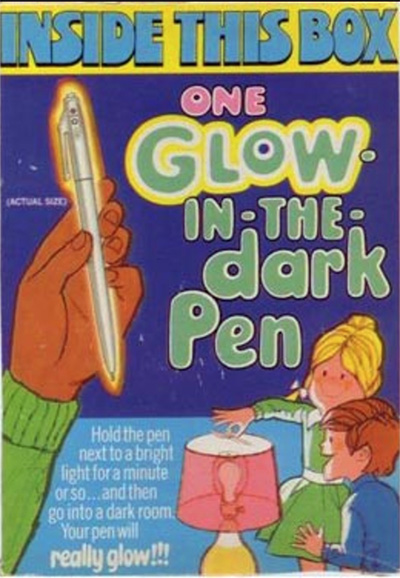 Perfect for doing your homework in a power outage. 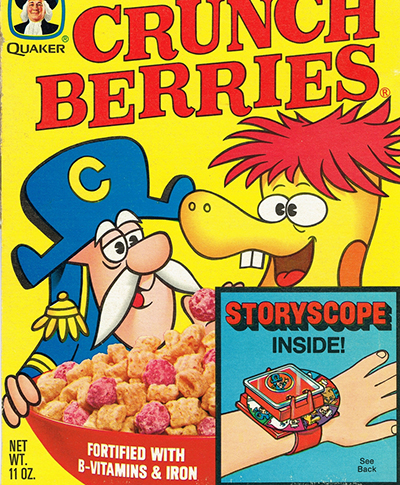 It was like a tiny Viewmaster worn on the wrist! 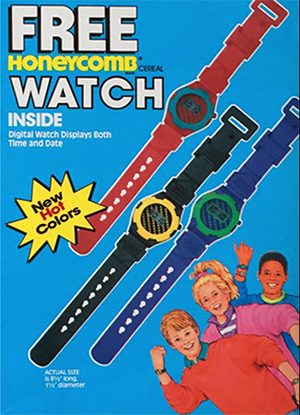 Speaking of wristwear, these digital watches were obviously cheap. But, hey, it was a watch! Not everyone could afford a Swatch in 1988. You got more use out of this than a wee plastic car.

8. The Flintmobile in Fruity Pebbles 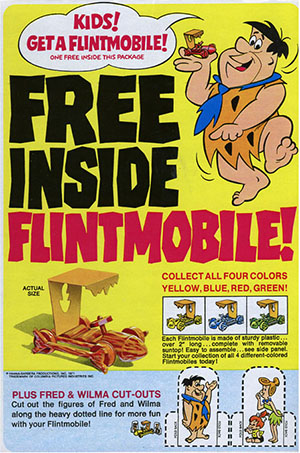 That being said, some wee plastic cars were pretty cool. 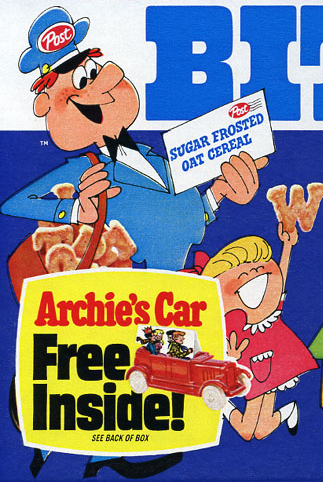 The Archies offered more than music. You could play with them in this vintage red convertible, too. 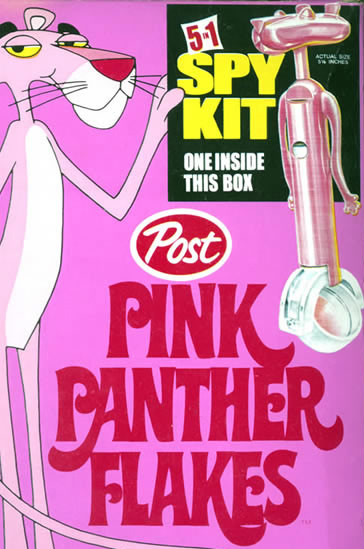 Spies were all the craze in the 1960s, and this made us feel a little closer to Napoleon Solo. The tool came with a magnifying glass, secret message slot and whistle. Though we're not sure how much use a spy has for a whistle. 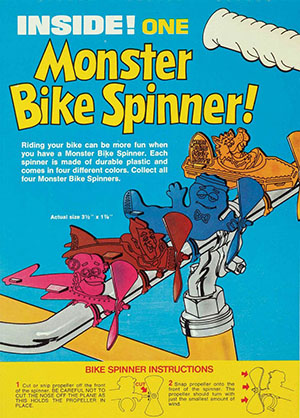 These propellers snapped on your handlebars. 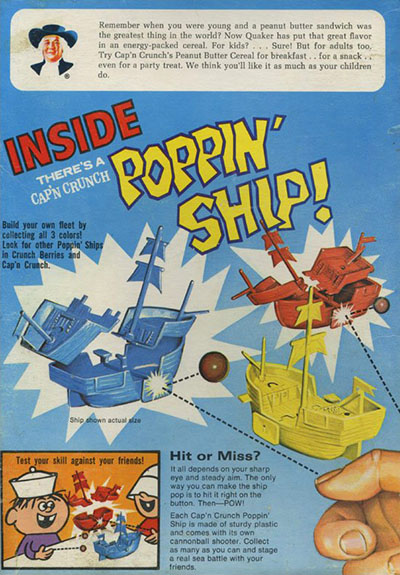 Flick a marble at this three-piece galleon and the thing blew up. Who needs video games? We could kill an hour doing this back in the 1960s. 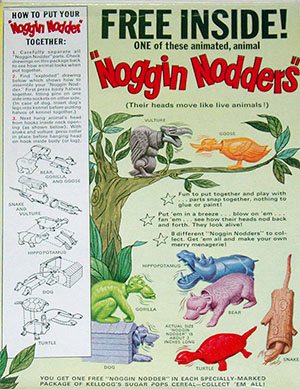 "Noggin' Nodders" is more fun to say than "bobble head," no? Too bad that never stuck. 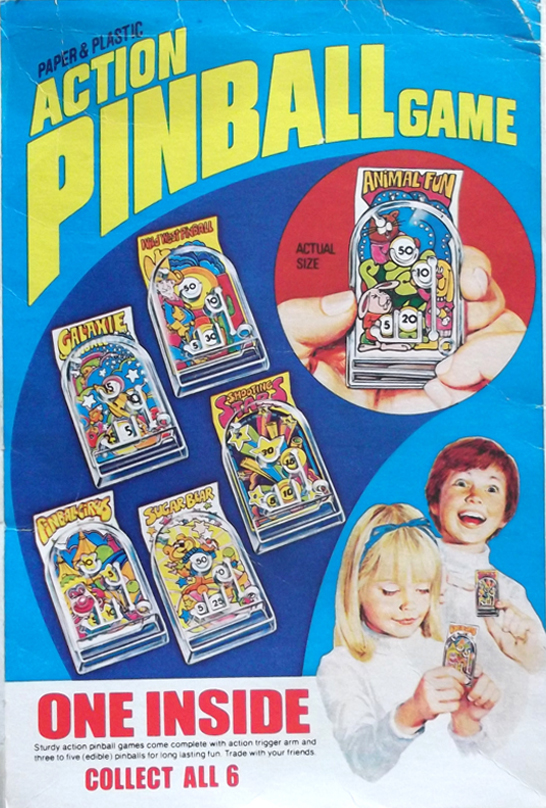 Trying to flick a ball bearing into a nook is not technically "pinball," but these were challenging. 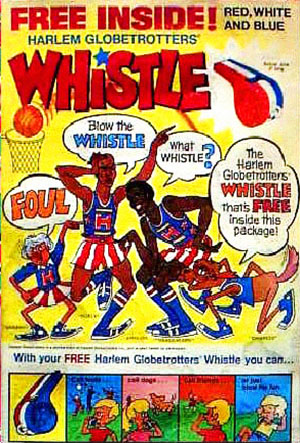 Kellogg's offered Dragnet whistles back in 1955, but here you could pretend you were the referee at Globetrotters game! Not that the refs ever really called fouls on the Globetrotters. 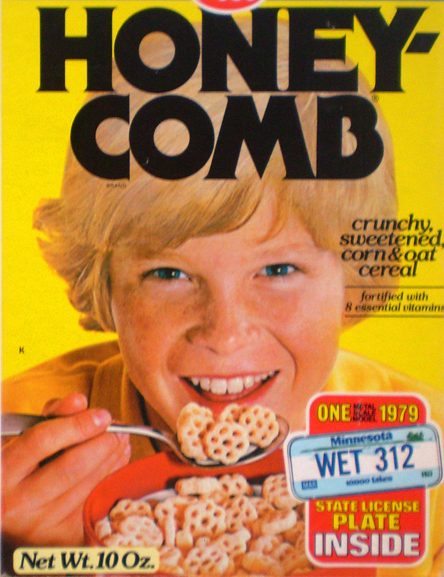 Those who lived in the Chicago 312 area code were likely confused when they pulled out a Minnesota plate reading "WET 312."

SEE MORE: 5 AWESOME RECORDS FROM THE BACKS OF CEREAL BOXES 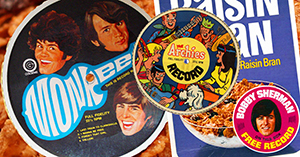 The Archies and Monkees sounded better on cardboard. Okay, maybe not, but it was fun to cut them out. READ MORE

JerryCasey 14 months ago
The High bouncing diamond ball and Glow in the dark pens from super sugar crisp was the best...
Like Reply Delete

LittleMissNoName 15 months ago
This looked like a neat promotion. Forget the trip to Hollywood, I would have settled for the free comic book and kite. 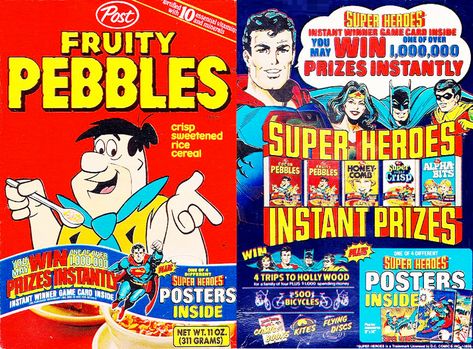 JamesBrashear 15 months ago
The Baseball Cards you could get out of a cereal box was the best prize.
Like Reply Delete

Amalthea 15 months ago
I remember getting the terrarium and the bike propeller.
Like Reply Delete

jimilou 15 months ago
I remember a number of these, but my favorite cereal box "prize" was the The Archies "Sugar Sugar" cardboard record from the Sugar Crisp box!
Like (1) Reply Delete

Shanny 27 months ago
I would love to see toys in cereal again. Not all kids are immersed in the digital world. There are kids that would love a decoder ring, glow in the dark pen, or terrarium.
Like Reply Delete