Where To Watch Shop Store Contact
Home / Stories / Did you cut out and save these records from the backs of cereal boxes?
music

Did you cut out and save these records from the backs of cereal boxes? 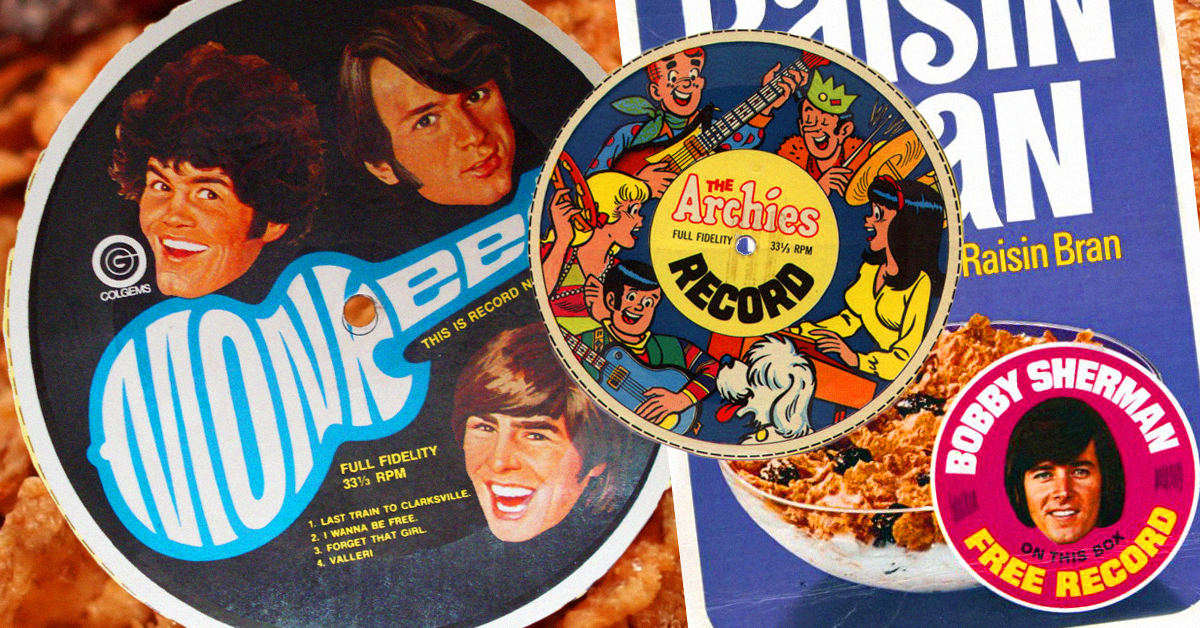 Once upon a time, you got actual pop music with your snap, crackle and pop. For many children, the first piece of music they owned was not made of vinyl nor tape. It was cardboard.

Post, General Mills, Kellogg's and Quaker at one point all released music that was printed on the backs of cereal boxes. With nothing more than a box of Alpha Bits and a pair of scissors, kids could have the latest release from the Monkees or the Archies. And they called it "bubblegum pop." Super Sugar Crisp pop is more like it. Sure, it may not have sounded great, but what cooler prize was there than the magic of music coming off a box?

These 45s could be found on the backs of breakfast cereals from the 1960s through the 1980s. Vinyl may have made a comeback in the modern era. It's about time for a cardboard comeback.

Did you collect any of these classic cereal box records? 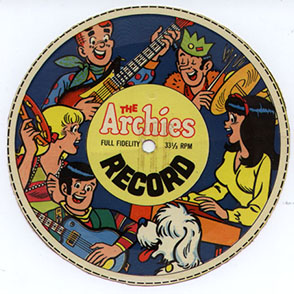 These days, cereals are reluctant, if not prohibited, from using the word "Sugar" in their names. In 1969, however, you could find "Sugar Sugar" on your Super Sugar Crisp. Mmm… sugar. The cartoon band had multiple releases on Post boxes, including Alpha Bits, too. 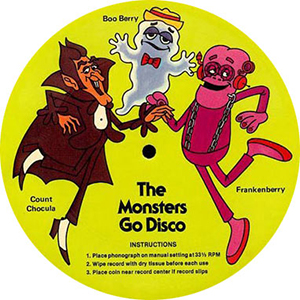 Not all musical acts on cereal backs were bands you could also find in record stores. The delicious spooky cover stars of Boo Berry, Frankeberry and Count Chocula cereals teamed up for one kooky novelty trio. "The Monsters Go Disco" was a favorite of ours, and the three "wild and crazy guys" also cut "Count Chocula Goes To Hollywood" and "Monster Adventures In Outer Space." Super Sugar Crisp had its own band, too, the Sugar Bears, featuring Sugar Bear, Shoobee Bear, Doobee Bear and Honey Bear. Singing the parts for Honey Bear was none other than Kim Carnes, who would later score a huge hit with "Bette Davis Eyes." 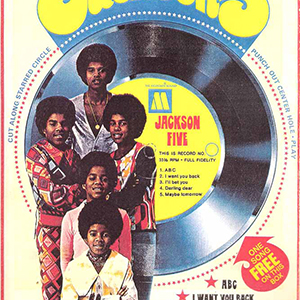 It just makes sense that "ABC" could be found on the flip side of your Alpha-Bits. Other smashes such as "I Want You Back," "I'll Be There" and "Never Can Say Goodbye" were also pressed into Post brands Alpha Bits, Super Sugar Crisp and Frosted Rice Krinkles. As you will see, Post pretty much dominated the whole cereal music game. 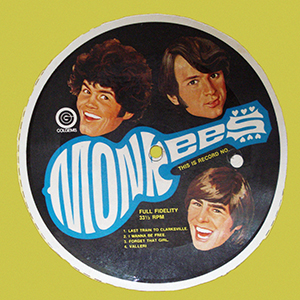 After The Monkees finished its original broadcast run, Post sponsored repeats of the pioneering musical sitcom. In 1970, the cereal giant delivered hits such as "Last Train To Clarksville" and "I'm A Believer" on the backs of Frosted Rice Krinkles, Alpha Bits and Honey-Comb. Earlier this year, Rhino Records reissued these songs with some nifty cereal-themed packaging. 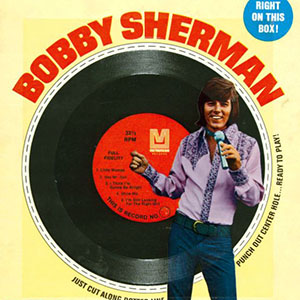 Teen heartthrob Sherman was the prince of cereal pop. The singer released four records, twenty songs in total, via Post Cereals. His sweet cuts like "La La La" and "Bubblegum and Braces" helped kids get their fiber, as they were packaged with Raisin Bran and Cinnamon Raisin Bran. 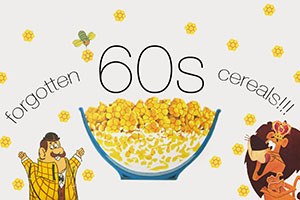 We could really go for a bowl of Buttercups and Crispy Critters right now. READ MORE 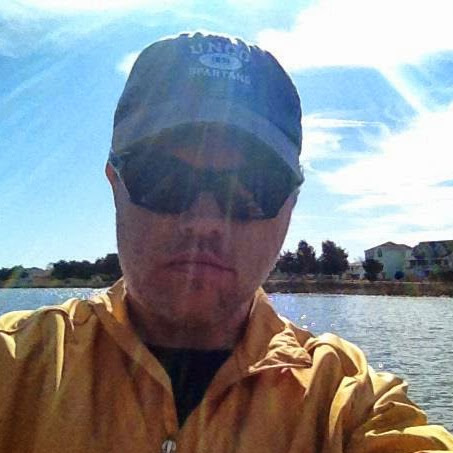 Gunnarbiker 24 months ago
For some real cereal nostalgia, go watch CerealTime on YouTube! I'm addicted to that channel!
Like Reply Delete

jeopardyhead 46 months ago
The hardest part was cutting along the broken line.
Like (1) Reply Delete