Find out what happened before Dick met Mary. 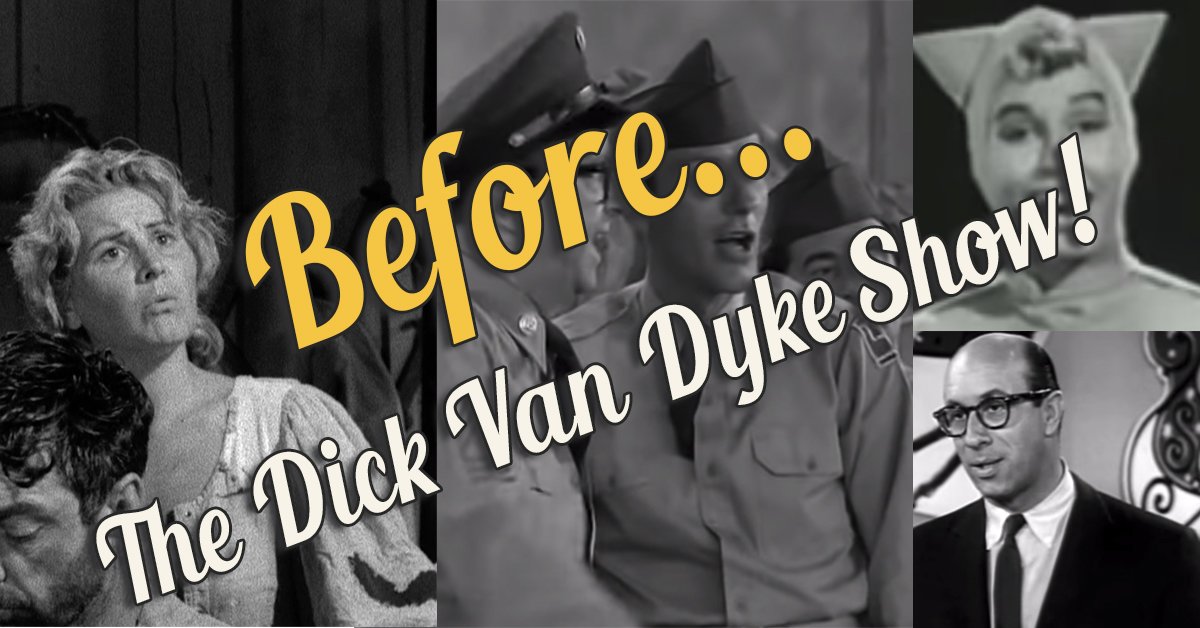 The cast of The Dick Van Dyke Show was perfectly poised to charm audiences as soon as the show found its perfect time slot, following the No. 1 show at the time, The Beverly Hillbillies, on Wednesday nights in the early to mid-1960s.

Right from the start, the show picked up Emmy Awards, first for series creator Carl Reiner, then a pair for Dick Van Dyke and Mary Tyler Moore in its third season. Reiner recently explained why he chose to step aside to give the spotlight to Van Dyke in his boisterous character Rob Petrie, but based on the career Van Dyke led once the show made him a star, pretty much everyone already understands he made the right choice.

Except, when Reiner agreed to cast Van Dyke, he couldn't have known he was making the way for a sure thing, bringing in the actor who he later described as "maybe the most talented man ever on television." Before The Dick Van Dyke Show, Van Dyke had only appeared in a handful of TV roles, despite a hilarious debut sharing scenes with Phil Silvers, so while fans of Broadway fell in love in 1960 when he starred in Bye Bye Birdie, TV viewers weren't yet familiar with the actor destined to become one of sitcoms' best leading men.

Of course, The Dick Van Dyke Show was groundbreaking for its dual depiction of Rob Petrie at home and at work, and for the show to be as successful as it was, it required seriously funny players to surround Van Dyke. To pull off Reiner's workplace sitcom vision, the show cast veterans Rose Marie, Morey Amsterdam and Richard Deacon. And to inject even more humor into his home life, an upcoming actor who persistently worked through the 1950s was cast to the delight of audiences everywhere in Mary Tyler Moore, who so loved her highly comedic character Laura Petrie that she once even imagined what Laura's life would've been like after The Dick Van Dyke Show ended.

With its biggest breakout stars pratically at the beginning of their iconic careers and the rest of the show populated with some of film's earliest favorite character actors, it's about time we took a look back at our first glimpses of The Dick Van Dyke Show cast in the earliest TV roles they played. Scroll down to get a peek at the first look of actors who later crammed Rob Petrie's world with laughter. 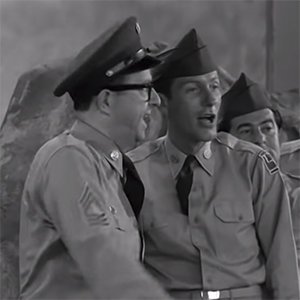 Before Dick Van Dyke became a mega-movie star, he was winning Tony Awards on Broadway, but even before that, he was just another player on TV. His first role ever came in 1957 on The Phil Silvers Show, playing the newest recruit in Bilko's camp with quite a reputation. The story goes that Van Dyke's first character Hank Lumpkin was a man who once beamed a mountain lion with a baseball – and killed him. That makes him just the man for Bilko, whose baseball team suffered from the dismal record of getting beat 24-0.

2. Mary Tyler Moore as Happy Hotpoint on The Adventures of Ozzie and Harriet (1952) 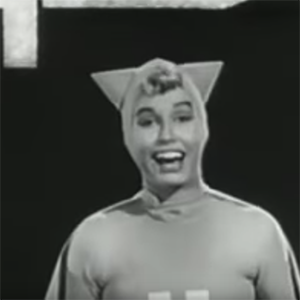 This barely counts as a TV role, but it was certainly memorable: On episodes of The Adventures of Ozzie and Harriet sponsored by Hotpoint, Mary Tyler Moore would dance out before the story started as a pixie mascot called Happy Hotpoint. A dancer's leap later, on The Dick Van Dyke Show, she'd be way more memorable singing and dancing with Van Dyke to songs like "I've Got Your Number" and "Harmony." 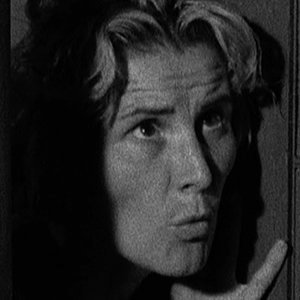 Most folks know that Rose Marie got her start as Baby Rose Marie in movie shorts in the 1930s, but the first hit TV show the actor appeared on was Gunsmoke. In "Twelfth Night," Matt Dillon gets caught up in a feud between Rose Marie's family and another, leading to some of the tensest scenes we ever saw from the veteran entertainer (unless you count that awkward birthday episode on The Dick Van Dyke Show).

4. Morey Amsterdam as a slick press agent on How to Marry a Millionaire (1957) 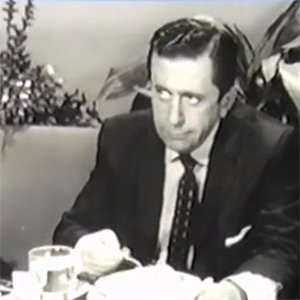 Morey Amsterdam's TV career kicked off in 1957 with appearances on The Gale Storm Show, December Bride and How to Marry a Millionaire. His first meaty part was on Millionaire, where he guest starred as a press agent perfectly willing to take money from the stars, who believe he can help place them in an exclusive party. On The Dick Van Dyke Show, he'd show a little bit of this side in the episode "Buddy Sorrell Man and Boy," where he misleads his coworkers with lies, but for a much less predictable reason.

5. Richard Deacon as a shirt salesman on The Jack Benny Program (1954) 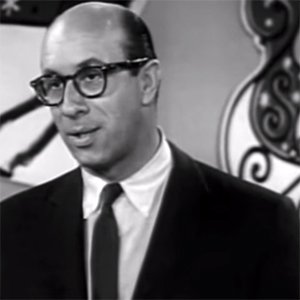 One of the very first times Richard Deacon turned up on TV, he was selling shirts to one of Jack Benny's coworkers on Christmas Day. The episode was called "Jack Does Christmas Shopping," and don't worry, the future Mel Cooley definitely found the dullest thing in the store to try to make a sale on. 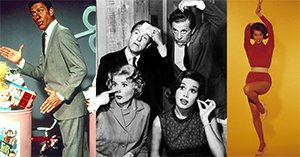 Dick Van Dyke on the start of his show: "Nobody asked the question, ‘Has anybody heard of Dick Van Dyke?’" SEE PICS. 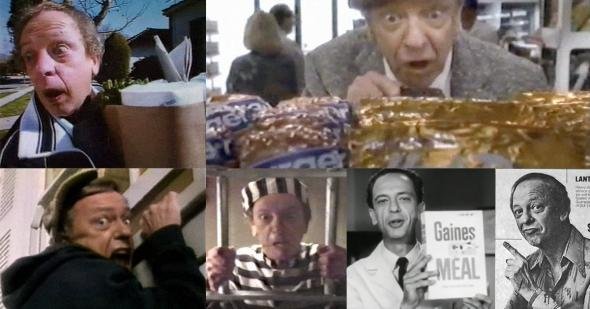 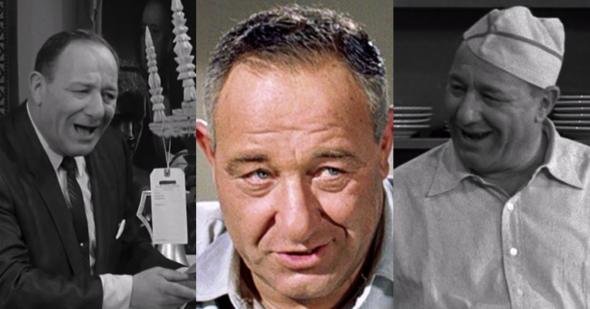 did you know?
5 times you saw Fred Flintstone in TV and movies while The Flintstones was on air
Are you sure you want to delete this comment?
Close 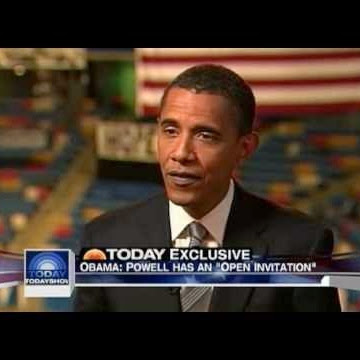 JohnR 34 months ago
Let's not forget that Jamie Farr played the "Delivery Boy" on early episodes. Was had a very prominent role in the "To Tell or Not to Tell" episode as the admirer of Laura in her dance rehearsal attire.
Like Reply Delete

jholton30062 43 months ago
"Buddy Sorrell, Man and Boy" is one of my favorite episodes. Morey Amsterdam also wrote "Rum and Coca-Cola," most famously done by The Andrews Sisters.

I wouldn't consider "Happy Hotpoint" to be an inconsequential role. It put Mary Tyler Moore on TV every week for a couple of years...
Like (1) Reply Delete

Rickey 43 months ago
Richard Deacon what about the Twilight Zone one called "The Brain Center at Whipple's" A man resolves to make his plant the most automated manufacturing establishment in the world. Until it was his time to go!
Like (2) Reply Delete

teire 43 months ago
I really enjoy Richard Deacon as both Mel Cooley and Fred Rutherford, such great memorable characters and so distinctive from each other.
Like (2) Reply Delete

cperrynaples 43 months ago
A few comments to add: [1] Dick Van Dyke was one of the original panelists on To Tell The Truth, predating even Kitty Carlisle! [2] Morey Amsterdam had his own variety show in the late '40's, which introduced Art Carney pre-Gleason! [3] How could you forget Richard Deacon as Lumpy's father on Beaver as well as Carl Reiner on Your Show of Shows?
Like (2) Reply Delete

stephaniestavropoulos cperrynaples 43 months ago
What about Mary Tyler Moore's lower appendages playing the part of the Secretary on Legs Diamond?
The following year Rose Marie did Gunsmoke, she appeared on M Squad.
Speaking of Rose Marie Mazzetta, I really recommend reading her autobiography. She led a full, rich life. I especially liked reading about her Las Vega part of it, and her "command performances for the Mob. That's one engagement you can't say "No" to doing!
Like (2) Reply Delete

ELEANOR cperrynaples 43 months ago
Richard Deacon was also on Perry Mason; he had to speak with a Southern accent.
Like (2) Reply Delete