5 classic sitcom actors who have birthdays during the jolly season

While in the joyous spirit, take some time to show appreciation to these five classic sitcom actors on their birthdays.

December is one of the happiest months of the year. Not only is it the first month of winter, but it also has a lot of holidays from Christmas to New Year's Eve. It's the last month before a new year rolls in, and some of our favorite classic television stars were born during the jolly season.

While in the joyous spirit, take some time to show appreciation to these five classic sitcom actors on their birthdays. Although some passed away, you can still honor their legacies by watching your favorite episode of their show or sharing your favorite moment of the actor in the comments! 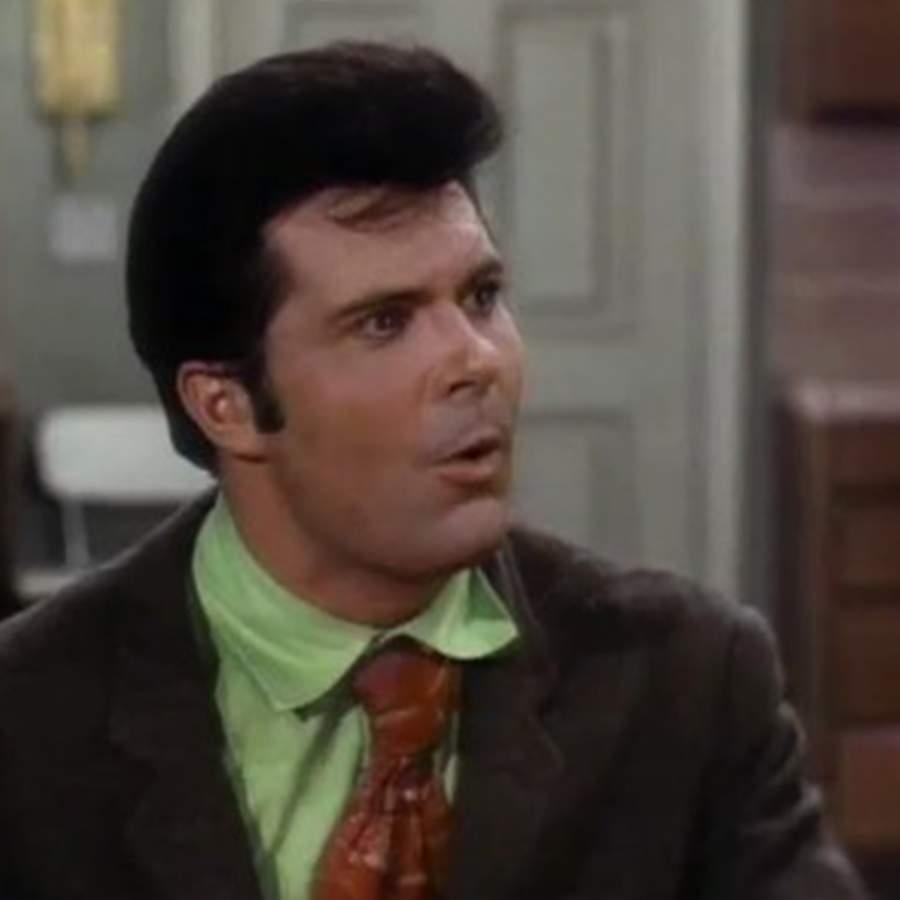 Max Baer Jr. might've grown up in a family full of boxers, but acting was where he found success. His father was boxing champion Max Baer, and his uncle was the great Buddy Baer.

We know him as Jethro, the relative of Jed Clampett, who got a taste of life living in Beverly Hills and did so while staying true to his inner hillbilly.

Baer is said to be the only original cast member of the series left.

Did you know?: In 1991, the actor obtained sublicensing rights to The Beverly Hillbillies from CBS, which included food and beverage rights. 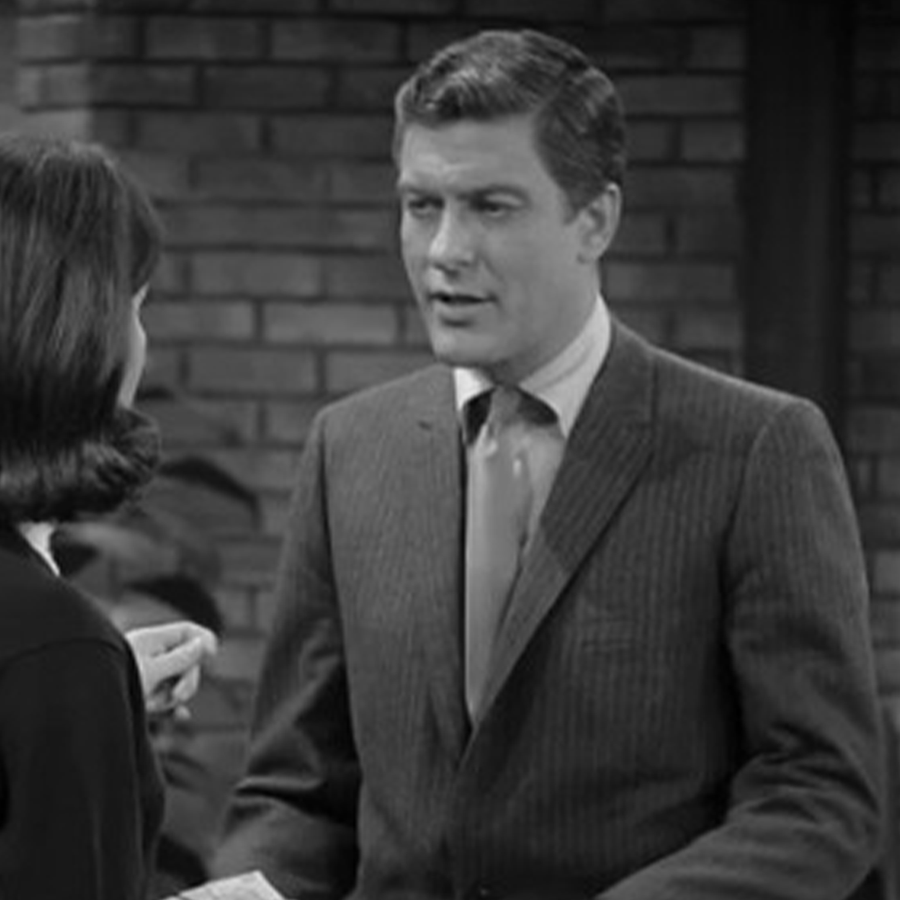 The one and only Dick Van Dyke started his career in 1947 and revealed in a 2021 interview that he doesn't plan to retire anytime soon.

With a career as successful as his, it's hard to place Van Dyke in a box. To some, he's Rob Petrie; to others, he's Albert J. Peterson from the film version of Bye Bye Birdie or Mr. Dawes Senior in Walt Disney's Mary Poppins.

Did you know?: The producers of Marvel Cinematic Universe's television series, Wanda Vision, reached out to the legend on how to emulate The Dick Van Dyke Show's live sitcom feel. 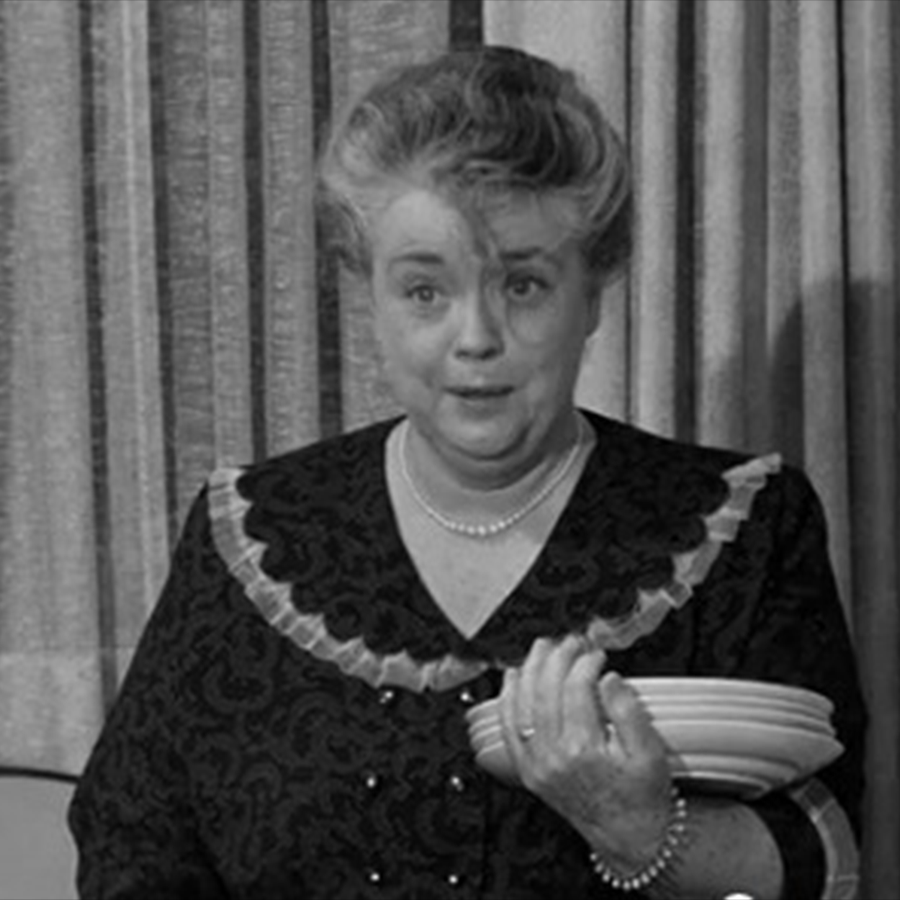 Everyone's favorite television aunt began her career at 25 years old. Becoming an actor wasn't always in her plan; she originally wanted to be a teacher before moving to Broadway.

Bavier and her best known character role, Aunt Bee, were utterly different. Although she was loved by fans worldwide, the actress needed help separating real life from the fantasy world of acting.

Did you know?: While playing the role of Aunt Bee, Bavier felt that her dramatic talents were overlooked, resulting in a love/hate relationship with the character.

4. Barbara Billingsley - Leave It to Beaver 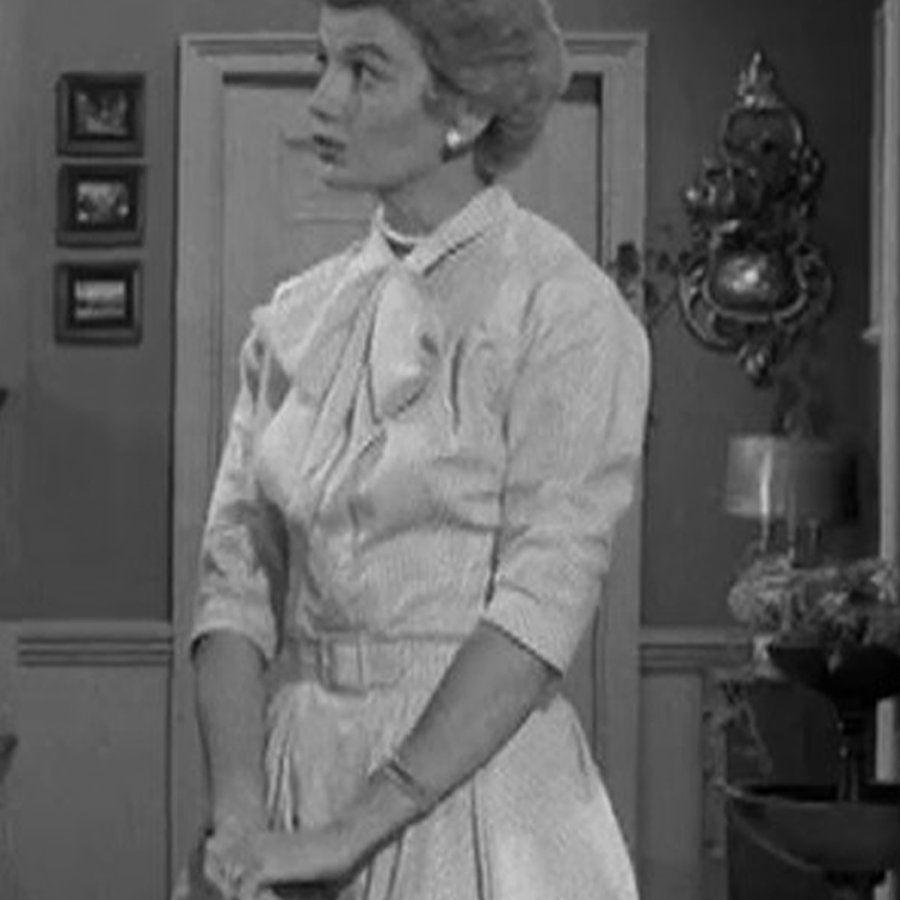 We know Billingsley as June Cleaver, the loving mom to Beaver and Wally and the wife of Ward on the classic series Leave It to Beaver. Yet, before she snagged her best known role, the actress attended junior college in Los Angeles for a year.

She also worked as a fashion model, earned $60 a week and got a contract with MGM Studios in 1945. Billingsley loved playing June and often revealed that she believed the character set a good example of what a wife could be.

Did you know?: The actress' first television guest star appearance was on an episode of The Abbott and Castello Show. 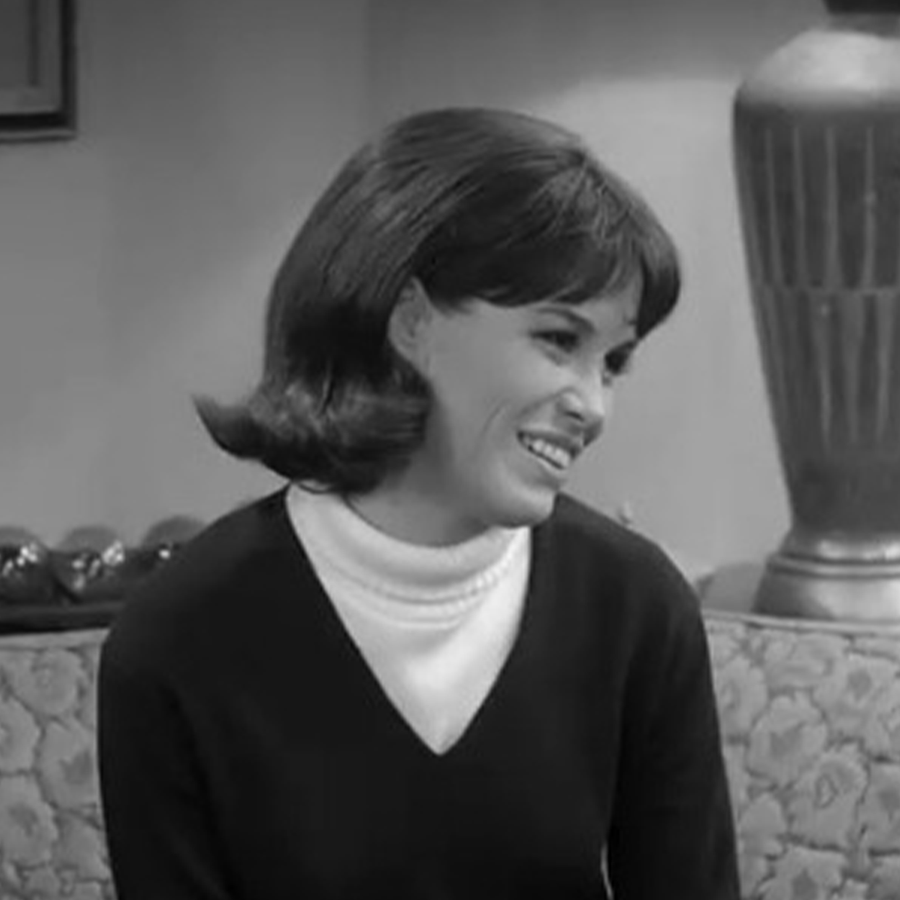 The actress was also an advocate for many social and environmental movements. She was nominated for Best Actress at The Academy Awards for her role in Ordinary People.

Did you know?: Moore's career began as a tiny elf dancing on Hotpoint appliances in commercials, but that ended when it became difficult to hide her pregnancy in the costume. 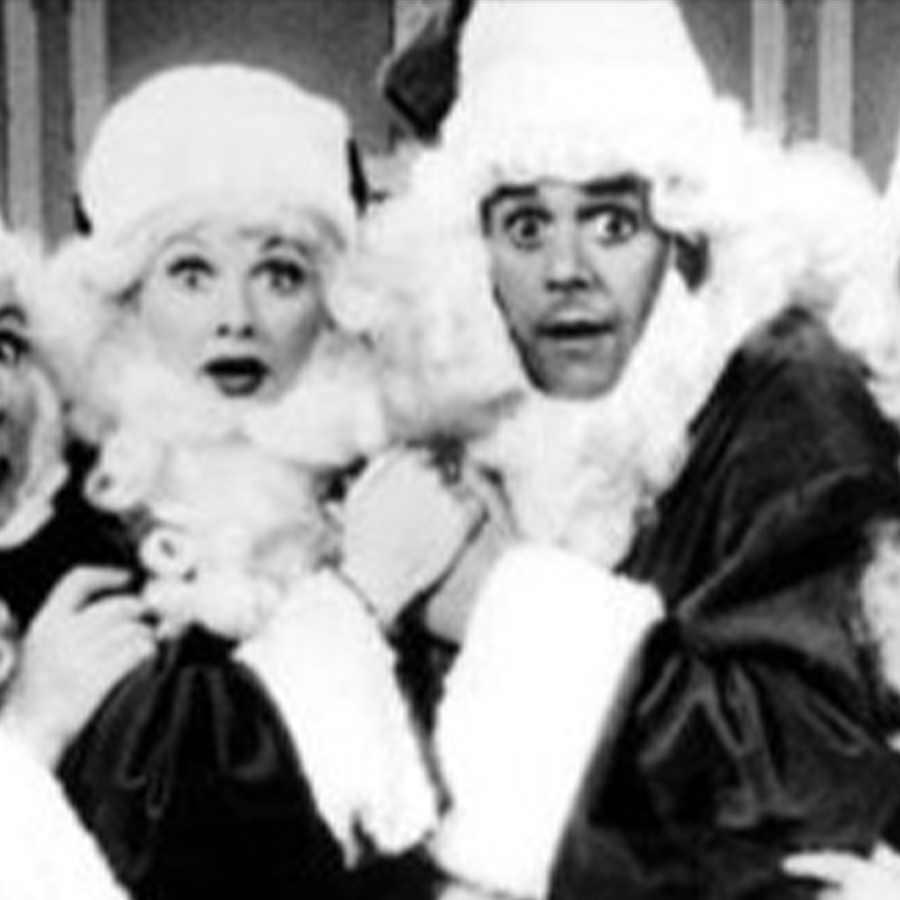 Here's what Christmas meant to these six celebrities, guaranteed to get you in the holiday spirit! 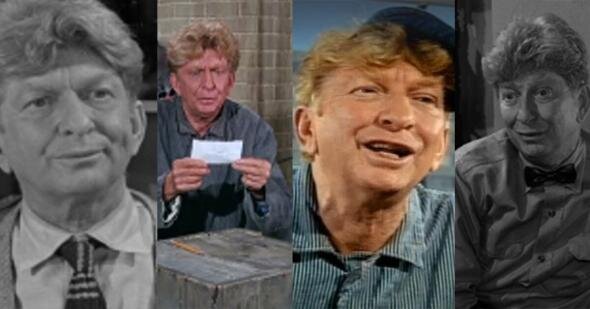 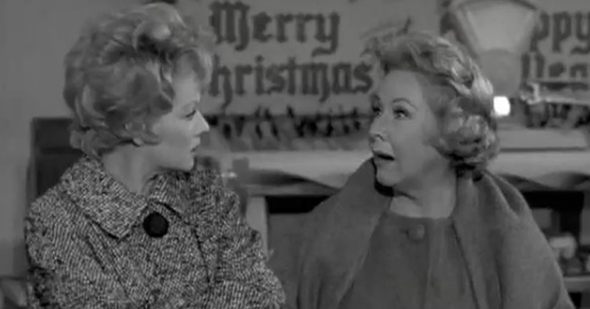 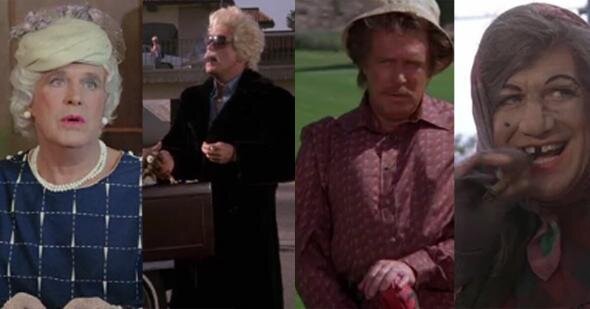 The A-Team
7 of John Hannibal Smith's best disguises from The A-Team
Are you sure you want to delete this comment?
Close

Honeycroc 2 months ago
And then my birthday is December 27! Haha
Like Reply Delete

Michael Honeycroc 2 months ago
So you get cheated out of one of the celebrations?
Like (1) Reply Delete

Pacificsun 2 months ago
"Did you know?: The producers of Marvel Cinematic Universe's television series, Wanda Vision, reached out to the legend on how to emulate The Dick Van Dyke Show's live sitcom feel."

I don't know, how DO you emulate a "theater/stage presence" kind of feeling, electronically or by computer. What are they trying to do now, transfer the effect of walking a tightrope (artistically speaking) into another version of CGI? An actor's experience can't be duplicated on a sound stage. How often would a director/producer be saying, ignore the mistake, cover, and we'll keep going. And what kind of mistakes ARE to be forgiven. A character's name is mistaken for the actor's name?? The intention is kind of missing the point about studio perfecting the product before it's shown.

A live audience in a theater production has another purpose, and that's to energize the actors! They can feel the audience tension, or anticipation or appreciation. How? By the relative noise (or absence) among real people. And what kind of laughter? So, Lucille Ball was very sensitive to audience reaction, because it influenced her timing and the exchange with other characters. And helps them fine-tune their performance.

I see the intention of WandaVision. I just wonder how purposeful can it be for what they're thinking it will achieve.
Like Reply Delete

justjeff Pacificsun 2 months ago
So well said!
Like Reply Delete

cperrynaples 2 months ago
Fun Fact: Baer tried to build a Beverly Hillbillies casino, but he never got the money! I could imagine Jethro spending all his time at the buffet! Hopefully, they wouldn't serve cement grits...LOL! That's a callback to the final episode!
Like (1) Reply Delete

Pacificsun cperrynaples 2 months ago
Oh My Gosh, I could see that setup being mobbed in certain entertainment areas of the country. Especially in Las Vegas! And Branson, Mo. I don't think those potential investors were thinking strategically enough. Could've line up with Alan Hale's restaurant too. How about a "Hop Sing" version representing Bonanza!
Like Reply Delete

Michael 2 months ago
That classic Dick Van Dyke Christmas movie, Fitzwilly, is on TCM on December 23rd at 12:15 am (right after midnight). Even has Barbara Feldon.
Like (1) Reply Delete

cperrynaples Michael 2 months ago
Yes, and even Sam Waterston from Law & Order is in it! All of them are still alive!
Like (1) Reply Delete

MrsPhilHarris Michael 2 months ago
Oh I like that movie. Lots of fun! Thanks for the heads up.
Like Reply Delete

Michael MrsPhilHarris 2 months ago
I didn't see it as a kid. And it's really only in the past three years that I've watched it carefully on TCM. It's not a major film, but it's a fun film set around Christmas, the sorts of films we did see as kids.

MrsPhilHarris Michael 2 months ago
I can remember watching for the first time as a kid. It was either on Boxing Day or New Year’s Eve. Thought it was excellent! Cold Turkey has some funny moments but it’s not my favourite.
Like Reply Delete

Michael MrsPhilHarris 2 months ago
My mother took us to Cold Turkey when it came . I think she thought it would be like Mary Poppins.
Like Reply Delete

15inchBlackandWhite 2 months ago
Wow, Dick Van Dyke is about to turn 97. And last I heard he still performs occasionally.
Like (1) Reply Delete

LoveMETV22 2 months ago
December Birthday Wishes to those actors still with us, and those who passed. 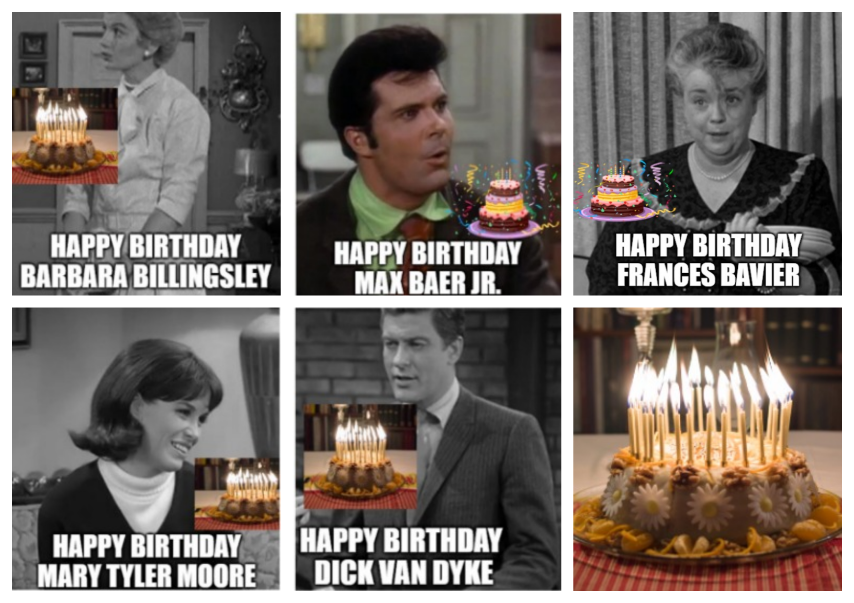 Included an extra cake for those here who may celebrate a December Birthday as well.
Like (2) Reply Delete

Runeshaper 2 months ago
Happy Birthday to all here and in heaven!
Like (3) Reply Delete