Where To Watch Shop Store Contact
Home / Stories / Frances Bavier struggled to turn Aunt Bee off while at home
The Andy Griffith ShowDid you know?Mayberry

Frances Bavier struggled to turn Aunt Bee off while at home

Aunt Bee is everyone's favorite, especially in Mayberry. Frances Bavier played the role of Aunt Bee for a total of eight seasons. Many fans fell in love with her in The Andy Griffith Show.

Bavier, however, had a complicated relationship with Aunt Bee. Bavier grew up in New York, where her background was mostly theater. She made the leap to TV in 1952. The transition proved to be challenging for her.

Even Bavier, who was loved by many, often felt alone.

"Whenever I feel lonely out here, I just go out shopping in a supermarket," she said in an interview with The Daily Record. "Somebody will always look at me, smile and say 'Why, hello, you're Aunt Bee!'"

During her time on The Andy Griffith Show, she became TV's idea of what a perfect mother and aunt should look like, but Bavier didn't feel as though she lived up to that standard in her everyday life.

"It's terribly difficult, you know, because Aunt Bee is so much nicer than the real me," she said. "Unlike plays in which you play a character only a couple of hours each night, you must be a television character 12 hours per day. Even when you go home people don't recognize you as you - but for the character you play. It can be awfully confusing."

Bavier hired a psychiatrist to help her find ways to turn off Aunt Bee at home. She said it would help her seperate the "real" from "fantasy." 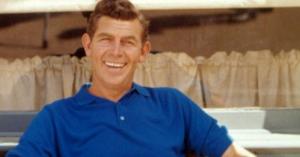 Mayberry
Mayberry had no psychiatrists, but the Andy Griffith Show cast were into mental health

"You can't be an actress for 40 years, living in a world of make-believe and not be affected," Bavier said in an interview with The Tennessean. "Sooner or later your mind begins the click and in my case, you are wise to seek professional help."

Despite the feeling of loneliness the job sometimes brought her, she said working with the cast was rewarding. Bavier said she had only admiration for Andy and the regular cast members. Ron Howard, who played Opie, is an example of Bavier's affection towards fellow cast members on The Andy Griffith Show.

"I treat him like an adult," she said. "He is an equal and I often take pointers from him on how to play a scene."

Even though Hollywood may have been hard for Bavier at times, she left a legacy by playing Aunt Bee, and for that we thank her. 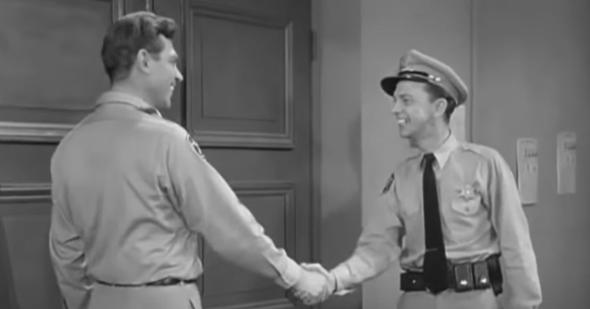 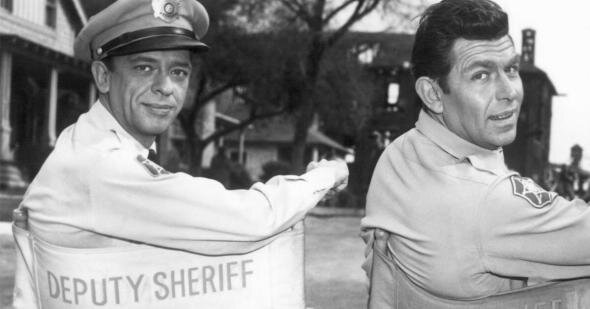 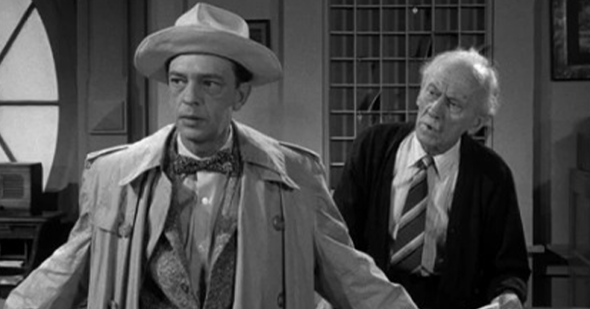 CharSchreffler 19 days ago
We all like Francis, ( Aunt Bee, I like feeling of calling her Aunt Bee. I guess you have to stop it, otherwise, you might believe you are Aunt Bee 😁
Like Reply Delete

TammyJo1957 19 days ago
Frances Bavier was a cat ladylike me and today the people in Siler City believe some of her cats live on.
https://stevedalepetworld.com/blog/aunt-bee-the-crazy-cat-lady/
Her home went up for sale last year. Take a video tour of "Aunt Bea's home https://www.newsobserver.com/news/local/article250689944.html
Like Reply Delete

buckshott 20 days ago
Maybe when she was feeling low she could have gone to the kitchen and baked pies, cookies, cherry turnovers, etc., or maybe just whipped up a batch of pickles. 😀
Like Reply Delete

CharSchreffler buckshott 19 days ago
Yeah good thought . I guess the studio let her really make the pies and really cook. I don't see sitting down to eat real food, but only take a bite or 2 then have to leave 😁
Like Reply Delete

Pacificsun 21 days ago
This is an opportunity to add to your comment, this is not a criticism.

About a popular character/actor (one and the same) it's always disappointing to read what "print media" leaves behind. Imagine if the summary of your life (impression) was a series of unfortunate articles. Being at the mercy of a writer trying to make a point to create exposure (a reason for being published). An actor might argue (within their own mind) that it's enough to provide a good performance. And by record of her impression (performance) of "Aunt Bee" she certainly succeeded. Perhaps she wished to go no deeper about herself. And rather the interviewer accepting that privilege for what it's worth, fills in with their own supposition (conclusion) instead. By the time 5 or 6 articles are written, either a consensus is formed. Or the writers read one another's copy which confirms (or confirms) their own.

There are "working actors" stable enough to handle their roles (a job) successfully. And others who seek different things for the reason why they choose the profession to begin with. In this case, I'm not sure the public/viewer is qualified to do much of anything else other than to enjoy her interpretation of Aunt Bee! 🦃
Like Reply Delete

lava 21 days ago
I'Ve read many times over the years how she was nothing like her character, and in fact the complete opposite. But perhaps she appeared that way only because she was lonely. later in life she apparently became a recluse.

Runeshaper 21 days ago
I feel sad knowing that she was so lonely. Anyone out there would have been lucky to have her in their life.
Like Reply Delete

ncadams27 21 days ago
At least she played a likable character. I heard stories where actors/actresses who play villains (typically on soap operas) are harassed and yelled at in public. I often wonder why some people choose acting as a profession if it leads to such difficulty.
Like (4) Reply Delete

JohnnyBoyohBoy ncadams27 20 days ago
The actor who played Lieutenant Gerard on The Fugitive said he often had fans upset with him. They'd approach him and tell him to leave Richard Kimble alone because he was innocent. I find it remarkable that some people can actually confuse a TV character with who that person is in real life.
Like Reply Delete

Pacificsun 22 days ago
Don't you wonder what her conversations would be like about the conflict with the character? Would it be that she was an inspiration which made Ms. Bavier feel inadequate, or perhaps jealous that the character was getting so much attention and not herself. She must've been uncomfortable with the comparison. And it's really a shame she felt loneliness in her life. I hope she didn't feel guilt for any reason. And that her popularity as an actress was encouraging.
Like (3) Reply Delete

MrsPhilHarris 22 days ago
Interesting. I have heard some actors can turn off as soon as they leave the set and others don’t. I know Heath Ledger struggled with The Joker.
Like (1) Reply Delete

OldTVfanatic MrsPhilHarris 21 days ago
And unfortunately, we know what happened to Heath Ledger.
Like Reply Delete