11 actors you'd be surprised to know appeared on 'Happy Days' 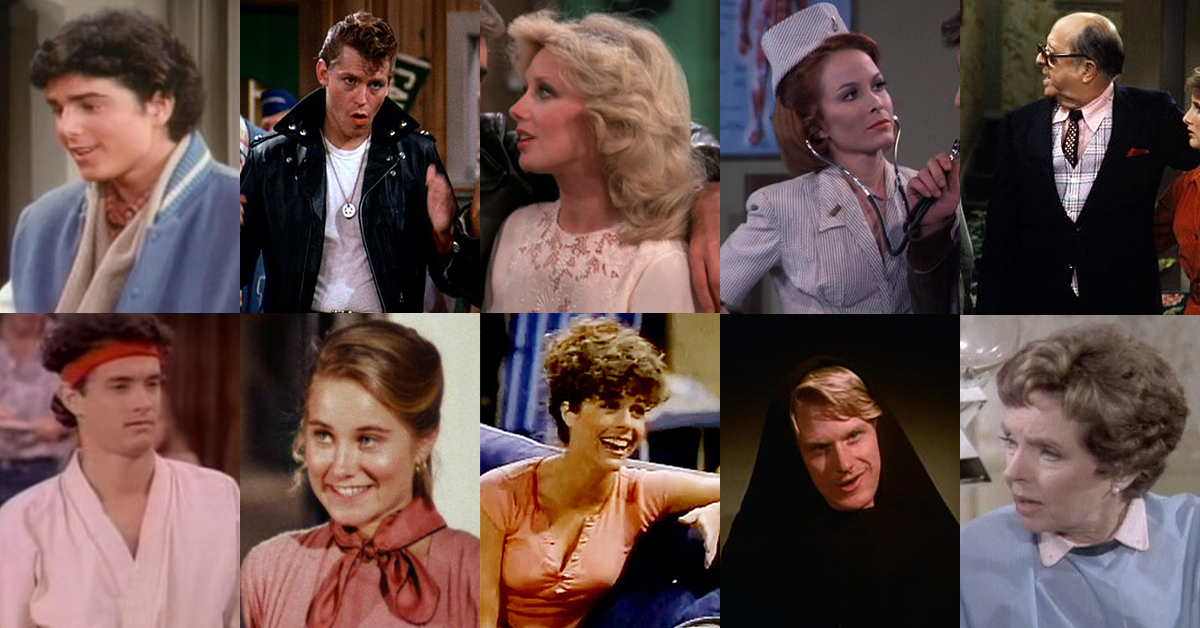 Throughout the 11 seasons Happy Days ruled the ratings, a slew of guest actors appeared to help bring some memorable moments to life. While we all remember appearances by Robin Willians, Penny Marshall and Cindy Williams, there are a lot of other great actors who flew under the radar.

Here are 11 famous actors you might be surprised took roles in the classic sitcom. Some of them were already established actors, some of them were just launching their careers, but all of them gave us some memorable moments. 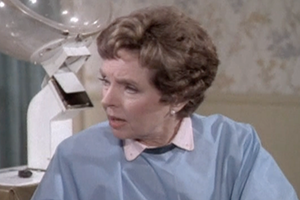 You probably know her as the mother on Father Knows Best, or perhaps even as Spock's mother on Star Trek. But for one episode in season 10, Wyatt helps console Mrs. Cunningham, who's struggling with empty nest syndrome when both her kids move out. 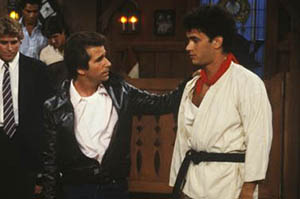 Tom Hanks shows up with a black belt in karate in the season 10 episode, "A Little Case of Revenge." He's eager to get his revenge on the Fonz, who he's known since the third grade. 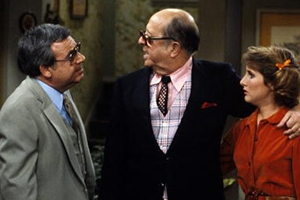 Silvers appears alongside his daughter, Cathy, in the season nine episode, "Just a Piccalo." It was the television legend's second to last television appearance, behind an episode of CHiPsin 1983. 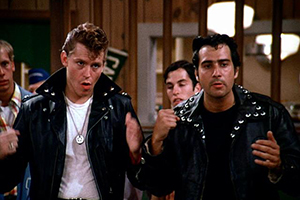 Conaway appears in the season three episode "Richie Fights Back" as Rocco, a delinquent causing trouble for Richie and humiliating him in front of his girlfriend. 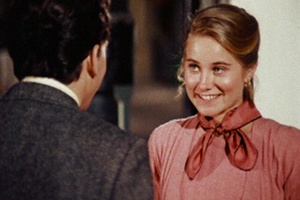 When Richie, Potsie and Ralph have to find three dates by midnight, they run into the former Brady Bunch star in the nick of time. The second season episode is aptly titled "Cruisin'." 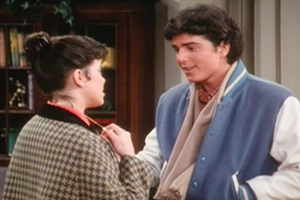 McCormick wasn't the only Brady Bunch star to appear on Happy Days. In season five, Christopher Knight, a.k.a. Peter Brady, made an appearance in a very romantic (and musical) episode. 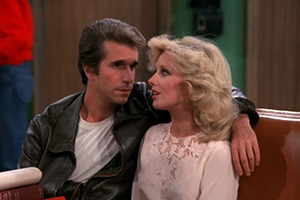 She appeared on a bunch of popular sitcoms in the '80s and '90s, so it's no surprise Fairchild made a stop at one of the most successful shows of all time. In the season five episode, "My Fair Fonzie," she tries to make the Fonz look foolish at a country club event. 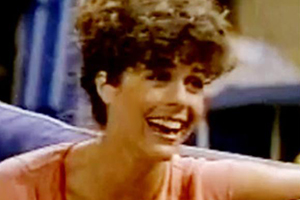 Around the same time her future husband, Tom Hanks, appeared on the series, Wilson starred in two episodes as two different characters. She appeared in the season 10 premiere "A Woman Not Under the Influence" and the season eleven episode "Where the Guys Are." 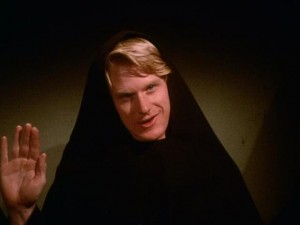 Early on in the series, Ed Begley appeared in the episode "The Deadly Dares," when Richie and Potsie attempt to join the Demons club but struggle with the initiation. 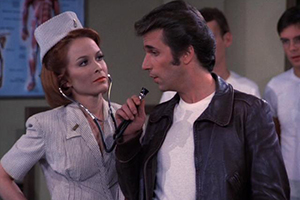 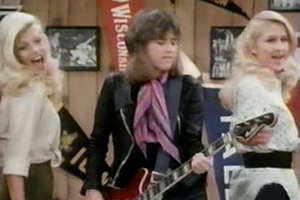 The hotel chain heiress, and mother of Paris Hilton, turned to acting in the 1970s by taking small parts on TV shows. In season five, she made up a part of the girl group "The Suedes" in the episode "Fonzie, Rock Entrepreneur: Part 1."