10 celebrities you forgot were on The Alfred Hitchcock Hour

Everyone from Robert Redford to Gloria Swanson to Christopher Lee! 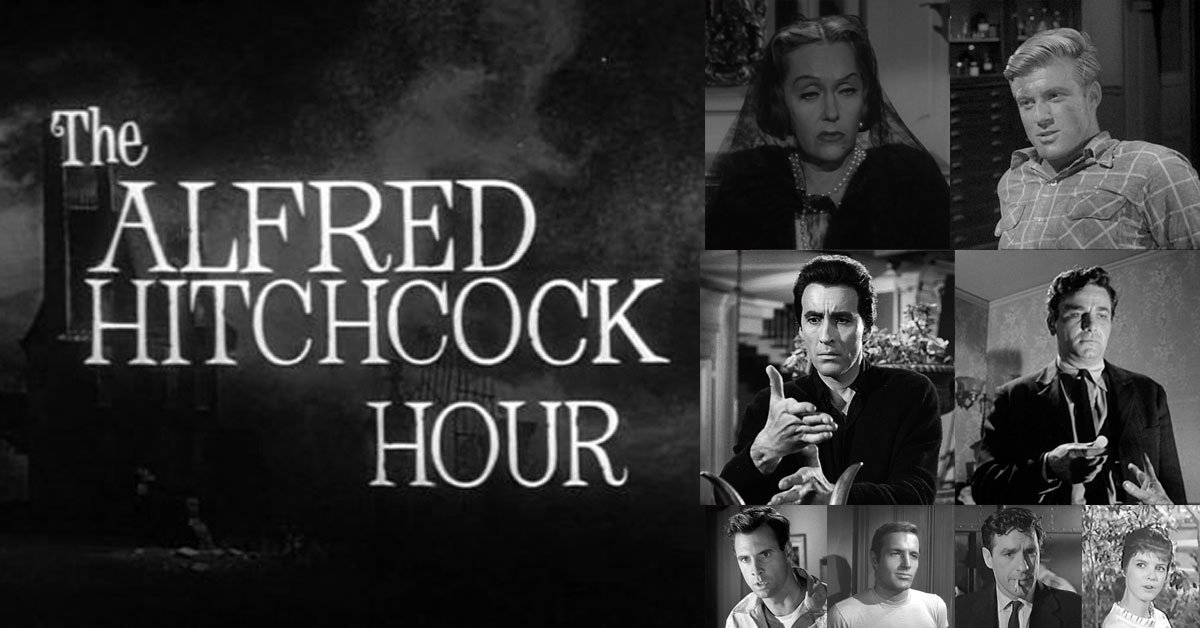 It's easy to forget that many big-screen stars got their start in television. In fact, many future co-stars often appeared on the same shows.

An anthology series like The Alfred Hitchcock Hour, where each episode had a different storyline, was in constant need of guest actors. It was the perfect place for many young actors who wanted intense, dramatic roles but weren't getting calls for bigger projects just yet.

Here are ten celebrities you may not have realized appeared on The Alfred Hitchcock Hour. 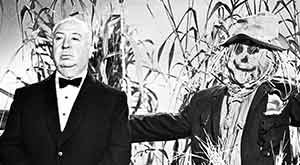 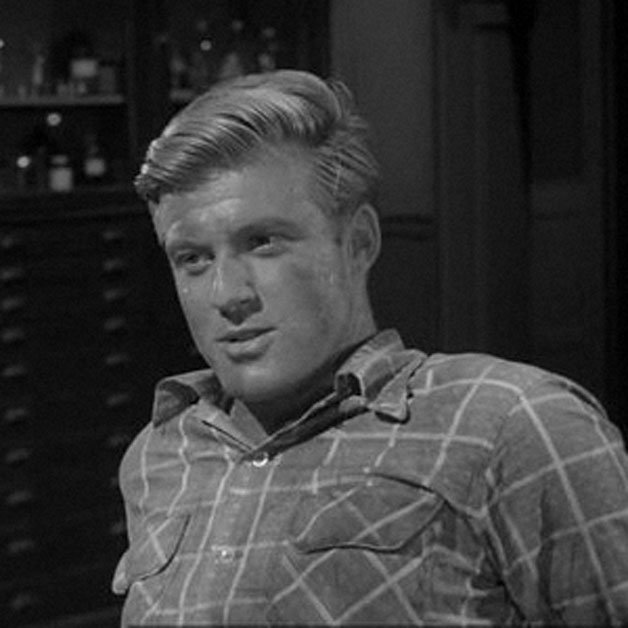 Robert Redford was another young actor who appeared on The Alfred Hitchcock Hour before he became a household name. In the 1962 series premiere titled "A Piece of the Action," he played the younger brother of a compulsive gambler. A year later, Redford starred in the episode "A Tangled Web" as a jewel thief. 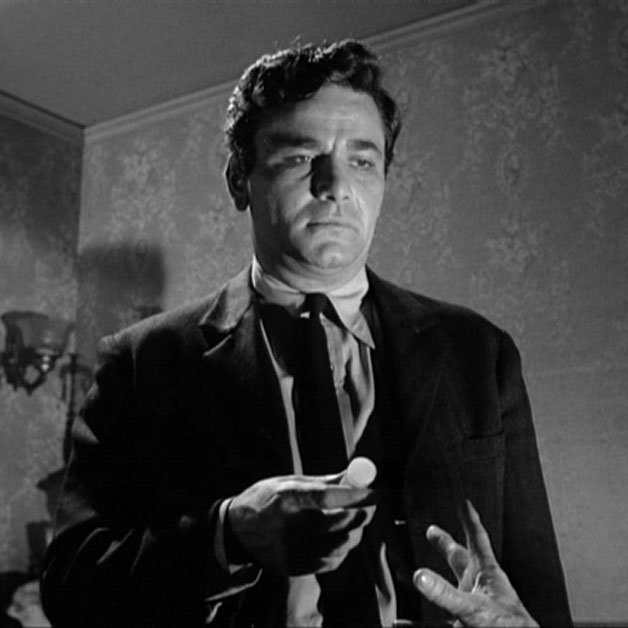 Falk acted in both movies and television throughout his career and seemed to pop up here and there in almost everything. So, it's no surprise he would also appear in an episode of The Alfred Hitchcock Hour. In "Bonfire," the Columbo man plays a coal miner turned preacher whose plans of getting a grand old house are disrupted when the deceased owner's niece shows up to claim the inheritance. 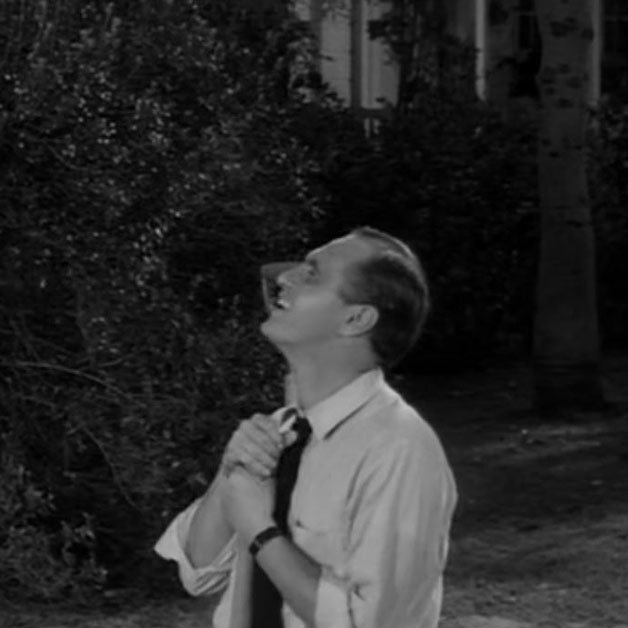 One surprising actor who appeared on The Alfred Hitchcock Hour is Bob Newhart. He played against his usual nice-guy image as a man who desperately wants to get rid of his overbearing wife. Naturally, the episode is called "How to Get Rid of Your Wife" and originally aired in December 1963. 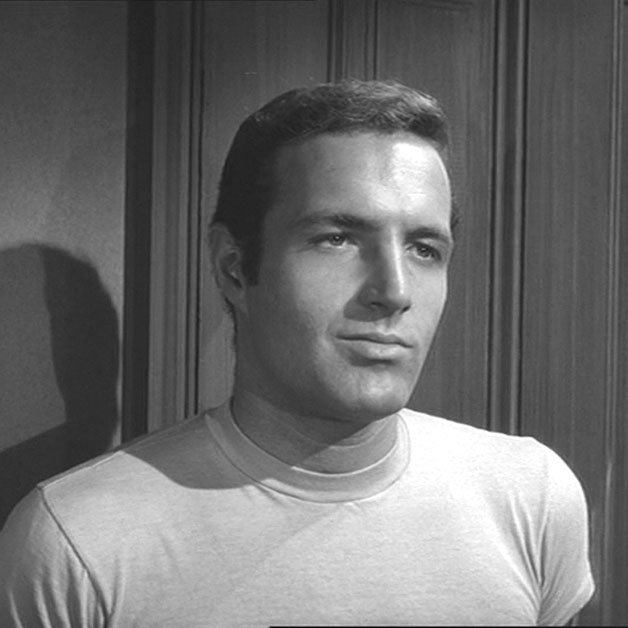 Before he became a movie star, The Godfather actor James Caan appeared in the 1964 Alfred Hitchcock Hour episode "Memo from Purgatory." He played a young writer who takes research to the next level by going undercover as a member of a Brooklyn gang. This being the 1960s, the gang is called the "Barons" and his fellow members have names like "Candle," "Fish" and "Tiger." 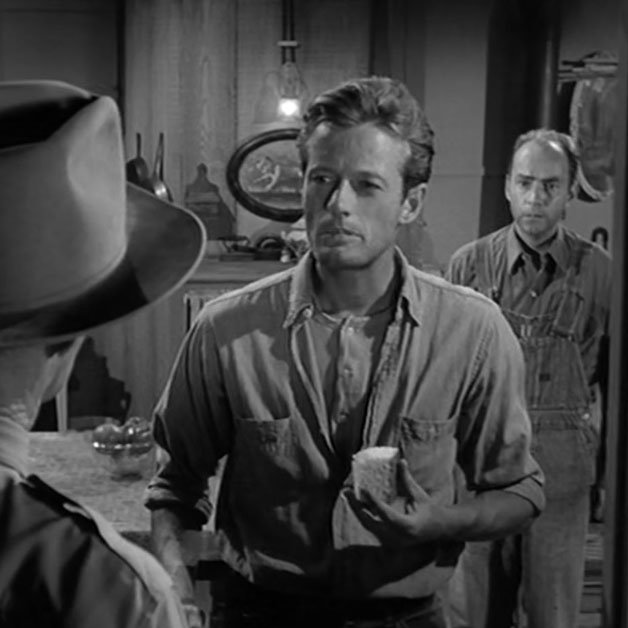 Another soon-to-be movie star who acted in The Alfred Hitchcock Hour is Peter Fonda. He appeared in a 1964 episode titled "Return of Verge Likens." He played the titular character who comes home determined to get revenge for his father's murder. 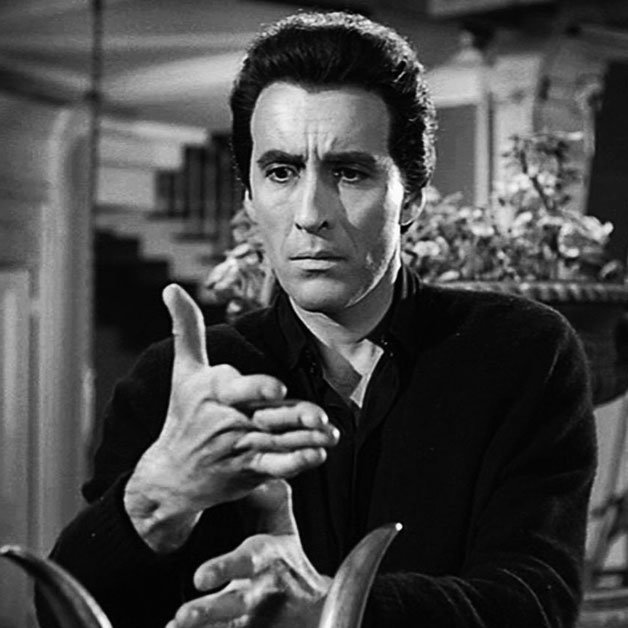 If you need someone to play a priest who performs a black mass for a group of devil worshippers, who else would you call than Christopher Lee? The horror icon plays exactly that role, except the episode is somewhat meta. It involves a group of Hollywood executives who see footage of Lee's character performing a black mass and decide to cast him in a horror movie. What could possibly go wrong? 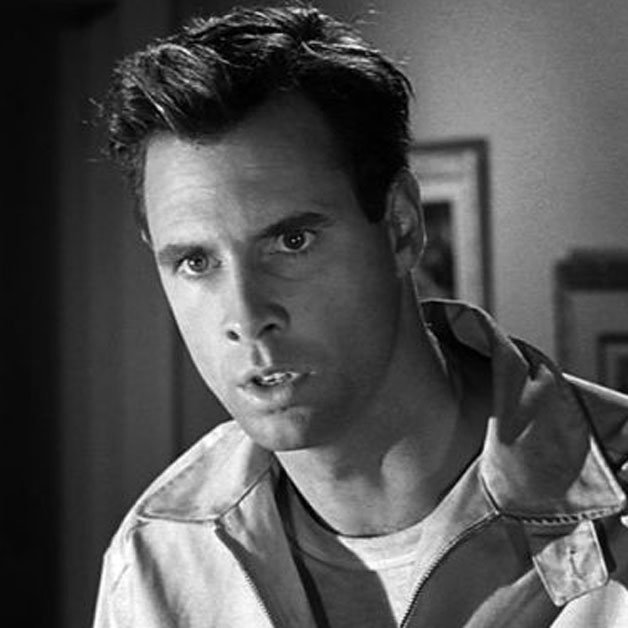 Like many of the characters he played in classic westerns, Dern's two roles in The Alfred Hitchcock Hour did not have the warmest dispositions. He played a conniving farmhand in "Lonely Place" and the neighbor of a woman who accuses him of making creepy phone calls in "Night Caller." Both episodes originally aired in 1964. 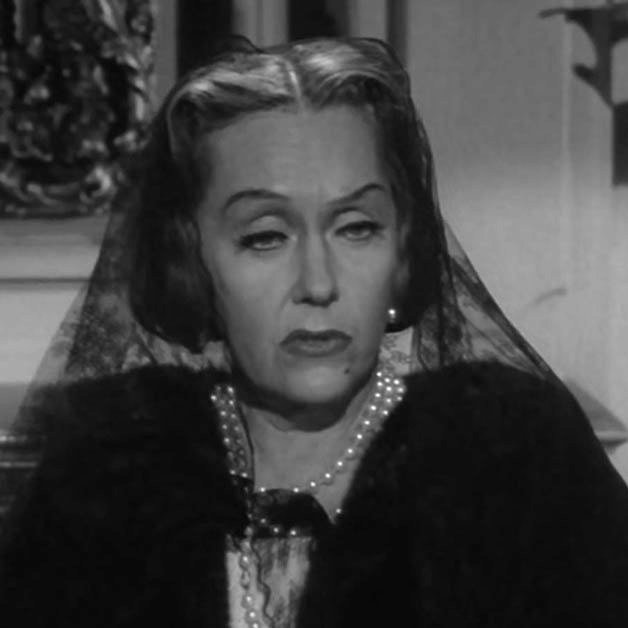 Gloria Swanson was a classic Hollywood star who started in silent films. Though her first acting credit came in 1914, her most widely known role was in 1950 as Norma Desmond in Sunset Boulevard. In the Alfred Hitchcock Hour episode "Behind the Locked Door," she plays a wealthy woman whose daughter has a eloped with a suspicious man. 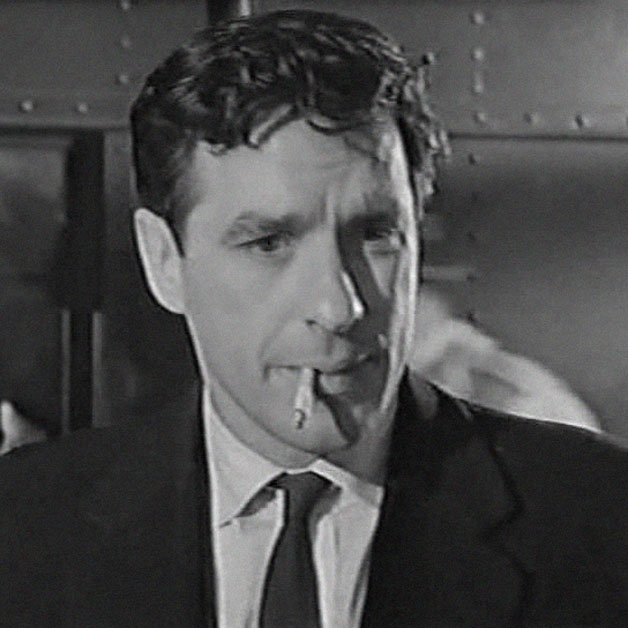 In 1964, John Cassavetes starred in two different episodes. In "Water’s Edge," he played an ex-convict who promises to find his dying cellmate's stash of over $50,000 once he’s released. Naturally, complications ensue and he meets a tragic end. In the episode "Murder Case," Cassavetes plays a struggling actor who tries to convince his girlfriend to leave her husband. Gena Rowlands plays his girlfriend but the two were actually married in real life! 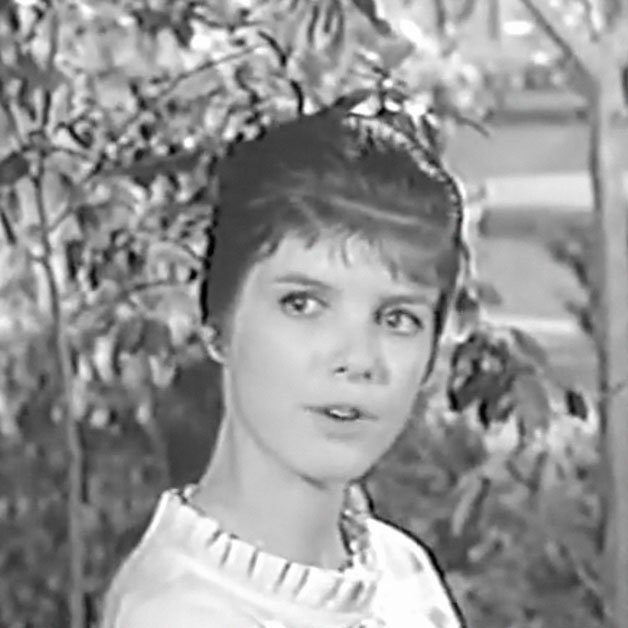 Another Butch Cassidy and the Sundance Kid star, Katharine Ross, also appeared on The Alfred Hitchcock Hour. She played a woman whose boyfriend and his cohorts unknowingly steal radioactive cobalt. When they mishandle the destructive material, the whole neighborhood is put in danger. 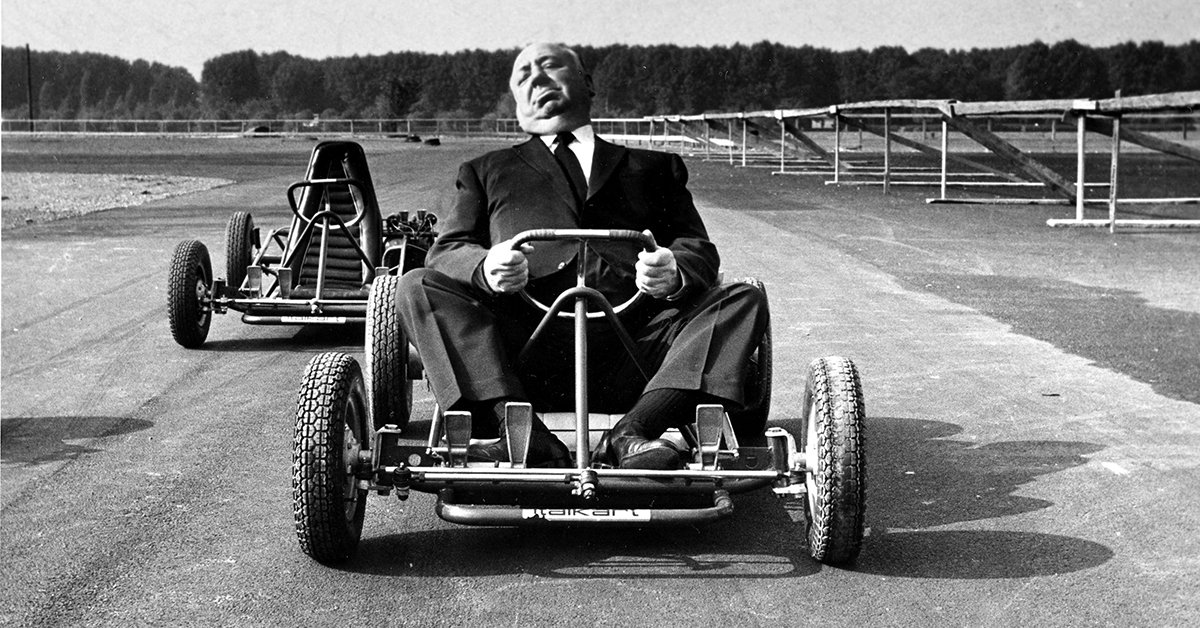 texasluva 5 months ago
I have seen a few of these. Recently Redford, Cassavetes, Dern and others were on Hitchcock Hour. Billy Mumy in Bang! You're Dead on Hitchcock Presents (half hour shows). Alfred always had something good or sinister up his sleeve's. He starts with an introduction, summary, Critique and finally conclusion to the mystery. Props of weapons, arrested and put into a cell and even a guillotine to make the viewer feel right at home. One of his macabre quotes. “Always make the audience suffer as much as possible.” . Indeed he did
Like (2) Reply Delete

kimmer 5 months ago
Alfred Hitchcock was a show my parents felt was beyond us kids. However, I can remember doing sleep overs at my Aunt Binki and Uncle Bob's house camped on the couch under a blanket .....sneak peeking! Marveled and afraid at the same time!....what fun memories.
Now I see some of those episodes and can hear my Uncle telling us to go to sleep, as he sipped his Bourbon and smoked his Chesterfield's.....lol
Like (2) Reply Delete

MaryAnn 5 months ago
Mr. Redford was (and still is, in my opinion) unbelievably handsome! 😍
Like (3) Reply Delete

TheDavBow3 5 months ago
Christopher Lee Dracula movies used to (still do) scare the livin' sh... crap out of me!! When I was 7, I saw in the theater "Dracula A.D. 1972", with Peter Cushing as well. I was sleeping with my parents for a month!! 😬
Like (2) Reply Delete

Utzaake 5 months ago
6. Go-to overactor. Paired with Peter Cushing and you get two for the price of one.
7. Fear the sneer.
Like (3) Reply Delete

cperrynaples 5 months ago
4 also features Walter Koenig AKA Chekov as a gang member!
Like (5) Reply Delete

Angela cperrynaples 3 months ago
Yes, that was great. AH didn't even do his usual droll epilogue due to the seriousness of "juvenile delinquency" with the gang all neat and clean and pressed, dressed in their spiffy little matching jackets.
Like Reply Delete

stephaniestavropoulos 5 months ago
Christopher Lee was the "exception to the rule" about AHH being a place actors went while waiting for that bigger role. CL had already portrayed those "bigger roles" before he appeared on AHH. Curse Of Frankenstein [1957,] Dracula [1958] The Mummy [1959]. He was already a well established star before he made his 1964 appearance. 4 years later, he would star in The Devil Rides Out [1968] playing a similar character he portrayed on AHH.
Like (4) Reply Delete