William Shatner played the most terrifying prank while shooting ''Nightmare at 20,000 Feet''

Go behind the scenes of one of The Twilight Zone's toughest shoots. 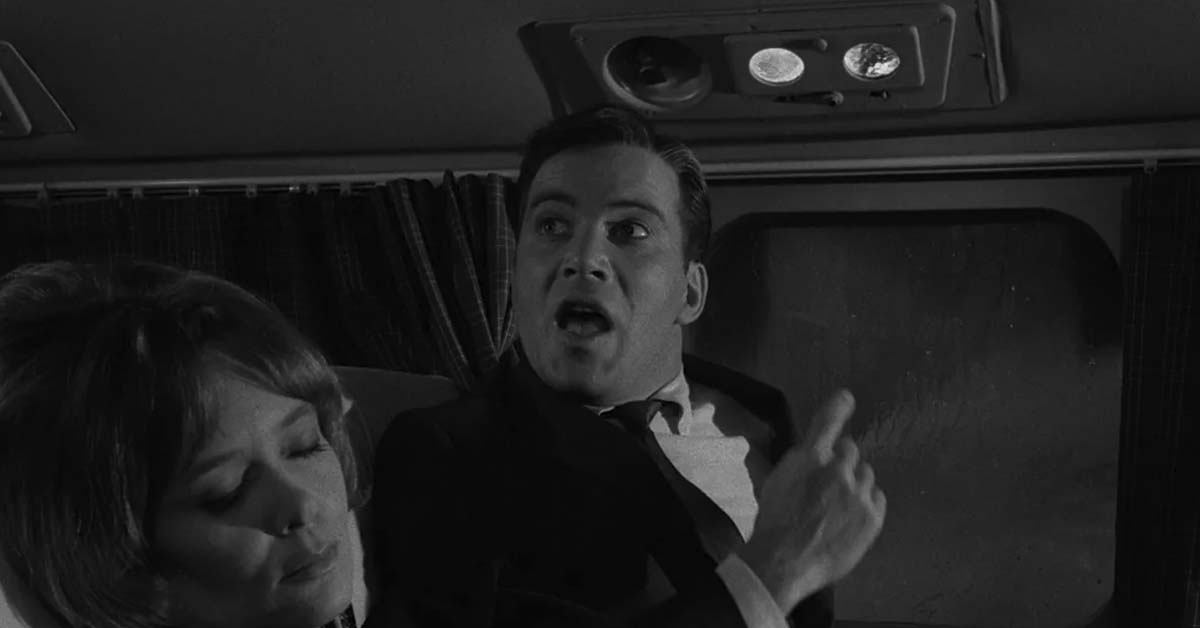 "Nightmare at 20,000 Feet" is one of The Twilight Zone's most memorable entries, so iconic that airlines still use symbols that reference the iconic episode. According to director Richard Donner, it was also one the show's most difficult shoots, cramming three days of work into two, and demanding long hours from the cast and crew. In an interview with the Archive of American Television, Donner said:

"It was a tough shoot. It was an airplane … in a tank, elevated way off the ground. We had to climb up. We had massive wind machines. We had lightning machines. We had rain machines. We had effects machines working, because we had to also turn the engines. There were no computers or anything to do it. Everything had to be live. Everything had to be synced." (As the newest reboot of The Twilight Zone is set to premiere this year, we can't help but marvel at how much technical work went into pulling off this episode, one of the only ones we know they're going to redo for the reboot.)

Needless to say, the shoot exhausted everybody involved, demanding that everyone be on point at all moments to ensure every shot was as perfect as possible. Donner said he liked to keep time-crunched film shoots like this light, so the actors and crew had fun on set and remained as relaxed as possible to get through the process. It was likely this atmosphere that inspired Donner's star, William Shatner, to play a practical joke on the director, who'd worked so hard to keep everyone happy through the grueling filming.

As Donner tells it, he'd just gone to get some coffee ("I drank a gallon of it that night," the director said), freeing Shatner to go goof around with Edd Byrnes, a visitor on set. Byrnes starred in 77 Sunset Strip and was married at the time to Shatner's "Nightmare" costar Asa Maynor, which explains why he was around. Well, the two got to talking and they cooked up this prank, which likely proved to be the most terrifying twist Donner ever experienced while working on The Twilight Zone. 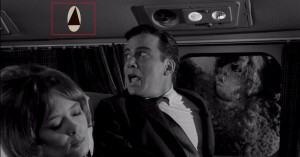 According to Donner, he was heading back from his coffee break when, "I hear this screaming and yelling and everything, and I run back and I see [Byrnes and Shatner] fighting. And then they went behind the body of the airplane, and all of a sudden, I see Shatner fall off the wing and fall all the way to the bottom … it’s concrete … and he hit the ground.” Donner continued, "I thought he was dead, man. And I came running up and I grabbed him … and then everybody’s standing around laughing.”

What Donner didn't know was that Shatner and Byrnes had come across an articulated dummy on set, so they choreographed the fight in order to give the director a shock, seeing his star fall straight to the ground. Looking back, Donner joked, "Honestly, my first reaction was, ‘Don’t tell me I have to shoot the whole show over again.’"

JosephPetro 45 months ago
Man, Shatner was twisted.
Like Reply Delete