Who remembers putting color screens on their black-and-white TV sets?

These are the lengths we went to get color TV. 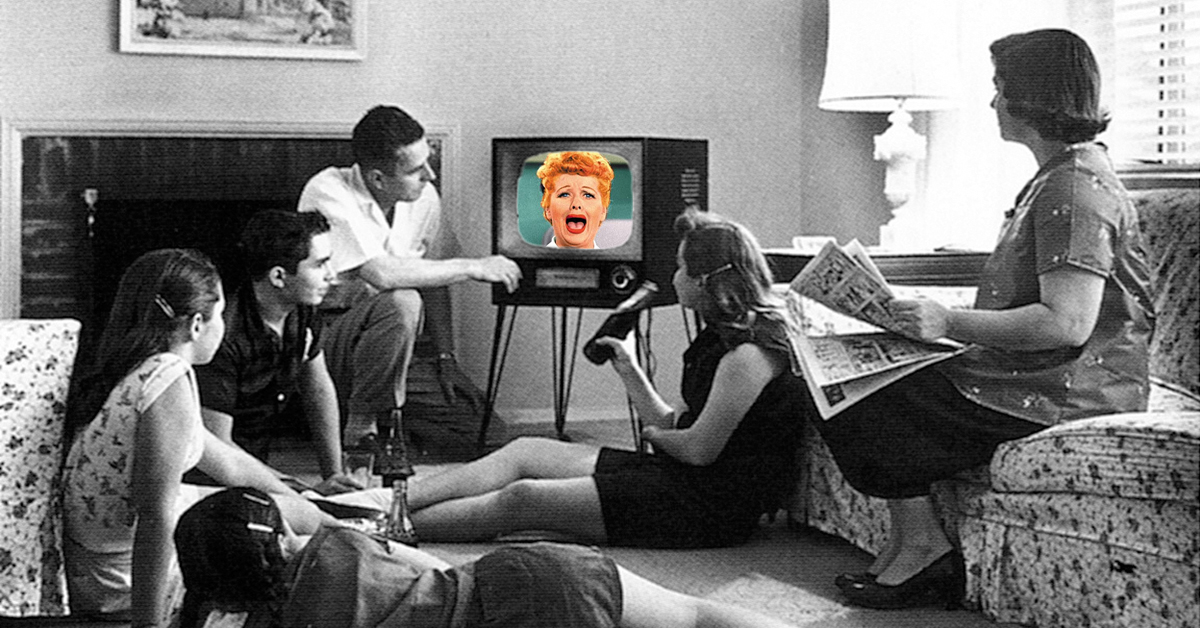 It was the dream for many middle class American families in the 1950s and 1960s: colored TV. Although the technology was available since 1953, the high prices of colored television sets meant most families couldn't afford the exciting advancement. 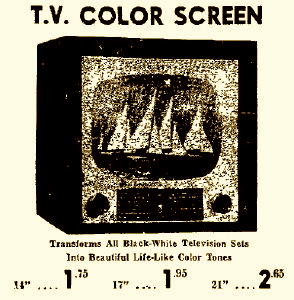 Source
Back when color television sets were luxury items, there was a cheap and easy alternative to get our favorite programs in color. Does anyone remember their families putting plastic screens on their TV?

The screens were thin, transparent pieces of plastic that stuck to the TV screen. The top portion of the screen was blue for the sky, the middle had a reddish tint, and the bottom was green for grass.

Of course, the screens looked nothing like real color TV, but they did add a little bit of excitement to the gray scale that was dominant during the early years of television. Because the screens sold for only a couple dollars, they were much more affordable than buying new color sets, which went for hundreds of dollars.

So before color TV became affordable in the late '60s, who remembers their family using this device in the hopes of magically transforming black-and-white shows into color? With all the recent advancements of TV, it's hard to imagine a time we used to do this.

MariaLawson 24 months ago
My brother does!!! He was born in 1947 & his friend saw one before too. Interesting is his word for it..lol. thank god color tv came along. He got that in mid 60s. Tvs had only 3 stations..lol We live in Virginia near Martinsville.
Like Reply Delete