Remember when waterbeds were really popular?

Remember when it seemed like everyone had a waterbed? 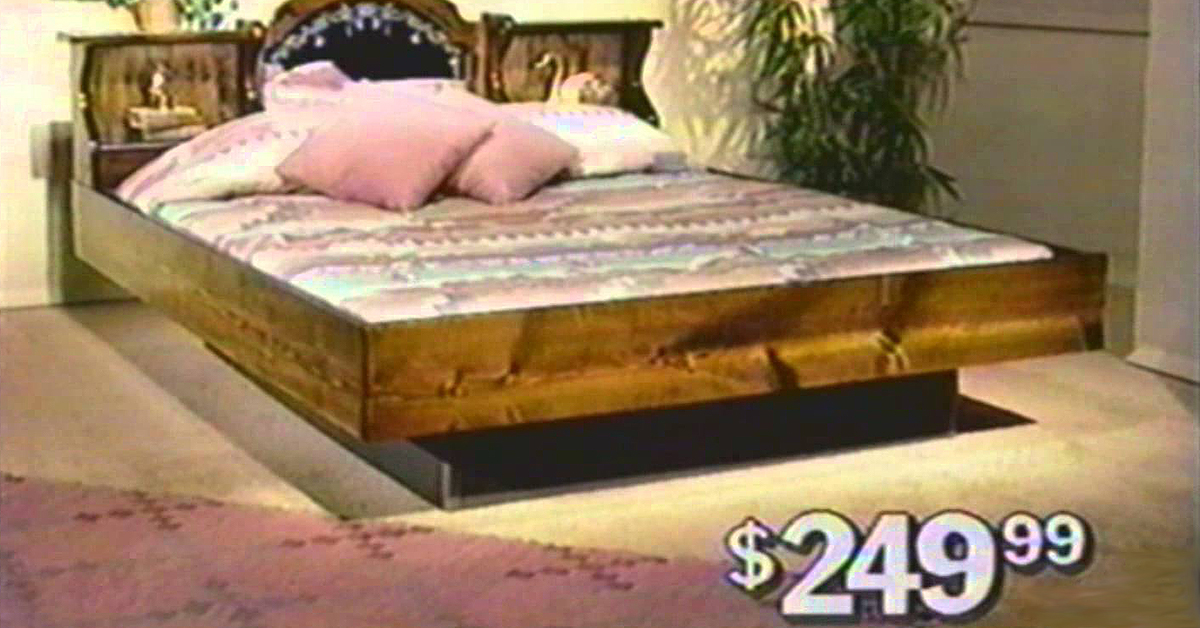 There was a point in time when it seemed like everyone had a waterbed. Either we personally had one, or we knew someone who did. So what happened to the mattresses that made us feel like we were drifting in the Caribbean Sea?

The best explanation is that it was a fad that evaporated with the passing of time. Like all good fads that blossomed in the 1970s, the modern waterbed has roots in the Swinging Sixties. In 1968, design student Charlie Hall created a senior thesis project to explore the idea of comfort and furniture.

See MoreWhat ever happened to the real "Love Boat"?

YouTube
After a few experiments filling vinyl bags with corn starch and Jell-O, Hall decided to make a bed filled with water. The final product was a hit with his peers at San Francisco State University, and Hall soon began selling his design through word of mouth.

Before long, Hall was selling models to the Smothers Brothers, Jefferson Airplane and even Hugh Hefner. Throughout the '70s, the waterbed remained a niche product with hippies on the West Coast.

But with the burgeoning success of the waterbed came cheap competitors, which drove down costs and allowed it to ride a wave of popularity into the 1980s. It might have been one of the only fads of the 1970s that didn't burn out once Reagan took office.

By 1987, one out of every five beds sold in the United States was a waterbed. With so much success built up over two decades, how did the wavy mattress meet its eventually demise so quickly?

One reason was the weight of the water. Many people ended up leaving their waterbeds behind when they moved because they were just too heavy to take with.

As with any fad, the more mainstream it was, the less "cool" it became. By the time the 1990s rolled around, the market share of waterbeds took a tumble. By the 21st century, waterbeds were once again a niche product.

Waterbeds are no doubt still around today, but they've taken a backseat to memory foam as the comfiest snooze around.

Did you have a waterbed? Or better yet, do you still have one?

idkwut2use 22 months ago
One of my best friends surprisingly had a waterbed of which I was very envious. But her room was on the first floor; my parents insisted they wouldn't work upstairs. I wanted one with fish inside anyway, a la A Goofy Movie. x'3
Like Reply Delete