Where To Watch Shop Store Contact
Home / Stories / What ever happened to Mason Reese?
Nostalgia

What ever happened to Mason Reese?

Do you remember this child star from the 1970s? 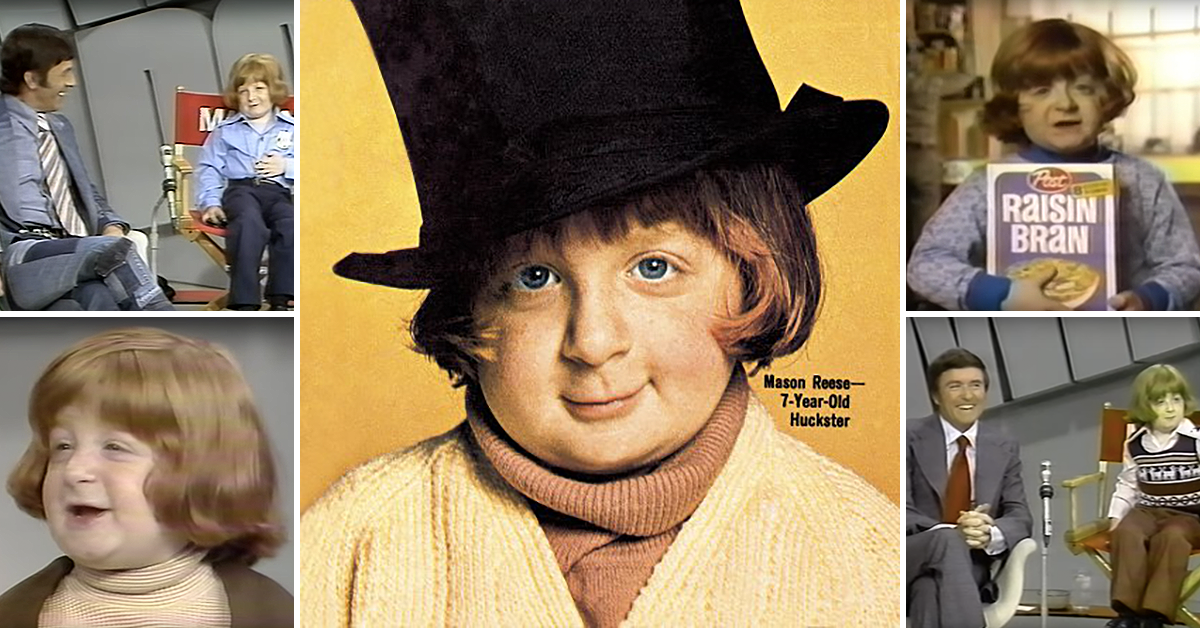 The 1970s were full of child stars. Shows like The Brady Bunch and The Partridge Family helped bring children to the forefront of television programming. Furthermore, cute kids like the late Gary Coleman only proved that children could have the spotlight as well.

While most of the child stars of the 1970s are fondly remembered, some have been forgotten.

At one point in time, it seemed like Mason Reese was everywhere. He appeared in television commercials, talk shows and sitcoms. But just like disco music and bell-bottom jeans, by the time the 1970s were over, so was the child star's fame.

Born in 1965, Reese got his start by appearing in numerous commercials in the '70s. His most famous spot for many people might be for Underwood Chicken Spread, where the adorable Reese butchers the word "smorgasbord" by saying "borgasmord."

More commercials followed, as well as more publicized appearances on primetime television. He frequently appeared on The Mike Douglas Show alongside celebrities like Leonard Nimoy and Eva Gabor.

The fame culminated to the pilot episode Mason, which focused on the child star and his fictional family. The series wasn't picked up, but the episode premiered on July 4, 1977.

Just like so many child stars, Reese's fame started to wane once he started growing older. He had been typecast as a child star, and audiences couldn't picture him any other way.

Since his fifteen minutes of fame ended in the 1970s, Reese retired from acting to pursue other interests. Most recently, he's opened several restaurants in the New York City area.

Do you remember Mason Reese?