Where To Watch Shop Store Contact
Home / Stories / Was Huckleberry Hound based on Sheriff Andy from The Andy Griffith Show?
nostalgiaAndy Griffith

Was Huckleberry Hound based on Sheriff Andy from The Andy Griffith Show?

No, my darling Clementines. 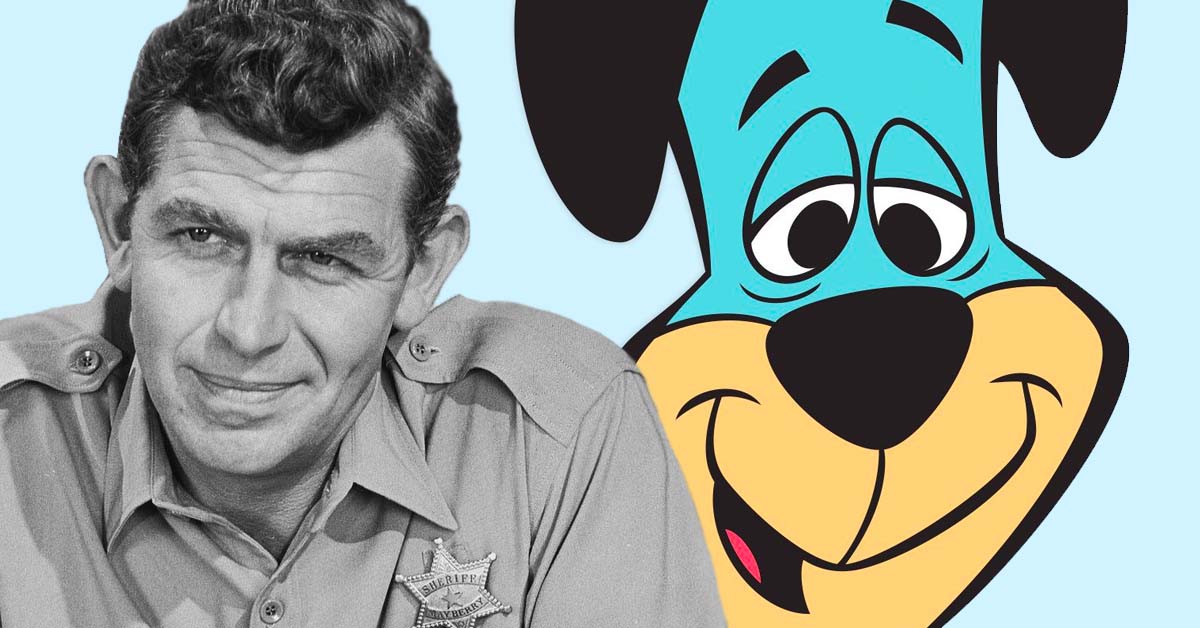 The first thing folks usually think of when it comes to Huckleberry Hound is an image of the dog in his sheriff's suit, strumming a banjo and singing "Clementine." The blue Hanna-Barbera coonhound spoke in a Southern drawl, slowing down his delivery of sentiments that came from having only the best intentions. First appearing in 1958, Huck wore a lot of hats, literally, but whether he was posing as a policeman or a rocket scientist, he bore a striking similarity to another major star just breaking through at that exact moment: Andy Griffith.

Now, Hanna-Barbera has a history of parodying celebrities with its more colorful characters, including El Kabong on The Quick Draw McGraw Show (based on Zorro) and Bennie the Ball on Top Cat (based on Sergeant Bilko). (Other cartoon producers, of course, did this, too, perhaps most famously Fred Flintstone, who's based on The Honeymooners' Ralph Kramden.) So naturally, fans of The Andy Griffith Show who encountered Huckleberry Hound would definitely have cause to scratch their heads: Is the cartoon dog cut from Mayberry cloth?

The answer to this is definitely no. Despite the similarities between Huck's laughlines and expressive eyebrows, his dragging voice and demeanor, and even sometimes his job, the original voice actor for Huckleberry Hound has busted the myth that his character is a parody of Sheriff Andy Taylor. And despite the fact that Butler himself voiced characters as parodies of celebrities (Yogi Bear originally started with Butler doing his best impression of Art Carney) as part of his process, the voice actor's got the receipts to prove that Huckleberry Hound has no connection to The Andy Griffith Show.

You see, Huck was voiced by Daws Butler, a prolific voice actor who originated the voices you'd instantly recognize as Elroy Jetson, Yogi Bear, Snagglepuss, Quick Draw McGraw and more. And although Huckleberry Hound didn't appear until 1958, Butler had been working on that same voice for years, applying it first to a cartoon wolf he created for a 1949 animated short called Little Rural Red Riding Hood.

In fact, we heard Huck's voice many times over the next decade before we ever saw the blue hound dog. Butler would go on to bring the voice back five years later, giving it to Southern Wolf used in MGM cartoons like the Three Little Pups, as well as Chilly Willy's rival Smedley, a dog who bore his teeth at the cartoon penguin who never referred to him by name. Then in 1957, the same exact voice was also used by Daws in yet another Hanna-Barbera cartoon called Ruff and Reddy, applied to a distinctly different cartoon dog who looked kind of like a cross between Butler's Spike the Bulldog and Fred Flintstone (if he was a redhead like Wilma). 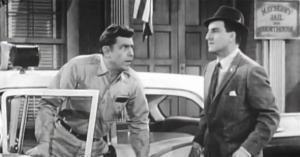 did you know?
The original Andy Taylor had a tiny mean streak in The Andy Griffith Show pilot

All these toons prove that Butler crafted the voice well before he encountered Andy Griffith, whose first TV appearance came in 1957 on The Steve Allen Show and whose character that Gomer Pyle was eventually based on – Private Will Stockdale of No Time for Sergeants – wouldn't appear until 1958. In 1960, we'd at last meet Sheriff Andy on The Danny Thomas Show, then later that same year, The Andy Griffith Show debuted.

So no, my darling Clementines, Huckleberry Hound is not based on Sheriff Andy. They just happened to mosey into our lives right around the same time.

ptjf123 41 months ago
Benny the Ball was based on the character of Private Doberman on THE PHIL SILVERS SHOW; in fact, Benny was voiced by Maurice Gosfield, who had played Doberman. The character of Top Cat himself, voiced by Arnold Stang, was based on Silvers' Sgt. Bilko character.
Like Reply Delete

DeanVanderkolk 47 months ago
Ummmm... The Flintstones was ALSO produced by Hanna-Barbera, not “other producers”. Also, Daws Butler does NOT use that voice in Little Rural Riding Hood. In fact, the hick wolf in that cartoon is voiced by Pinto Colvig, not Butler.
Like Reply Delete

Wiseguy 47 months ago
The Flintstones WAS a Hanna-Barbera production (not from "other cartoon producer").
Like (1) Reply Delete

cperrynaples 48 months ago
There's an obvious reason this story is untrue: Sheriff Taylor was introduced in a 1960 episode of "Make Room For Daddy", 2 years AFTER the first Huckleberry cartoon!
Like (2) Reply Delete