17 vintage back to school ads you would never see today

Back in the day, you couldn't go to campus without bowties, bell-bottoms, sugar and jazz. 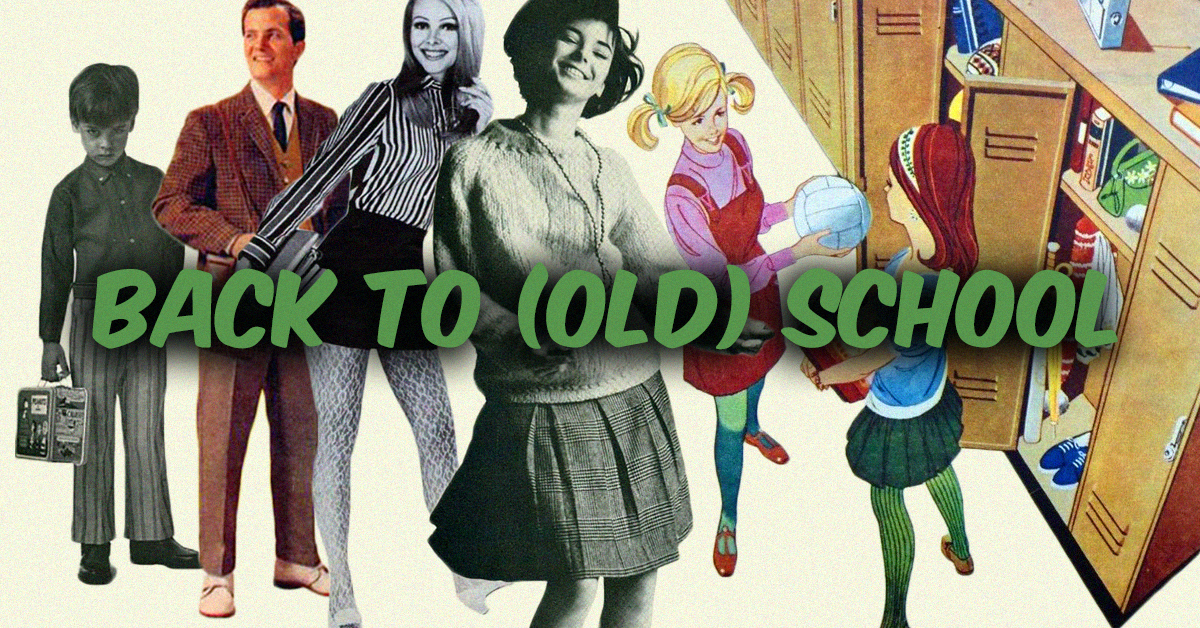 Gas up the boxy yellow buses. Stock up on sandwich bags. Sharpen those pencils. It's that time of year again.

Going back to school had been a ritual for American children since… well, since America began. No matter what the era, kids feel the same blend of butterflies, dread and giddiness in their stomachs when August rolls around. The only things that change are the clothing and the technology. Well, and the food. Oh, and transportation. And don't forget the music.

Okay, pretty much everything has changed about going back to school since the 1950s, '60s, '70s, '80s and '90s. They don't even have chalk in the classrooms anymore. Need proof? Look to the back-to-school advertisements of the past. They show a remarkably different era.

We searched through the magazines and circulars of yesteryear for some amusing ads you would not see today, for whatever reason. Do you remember these things? 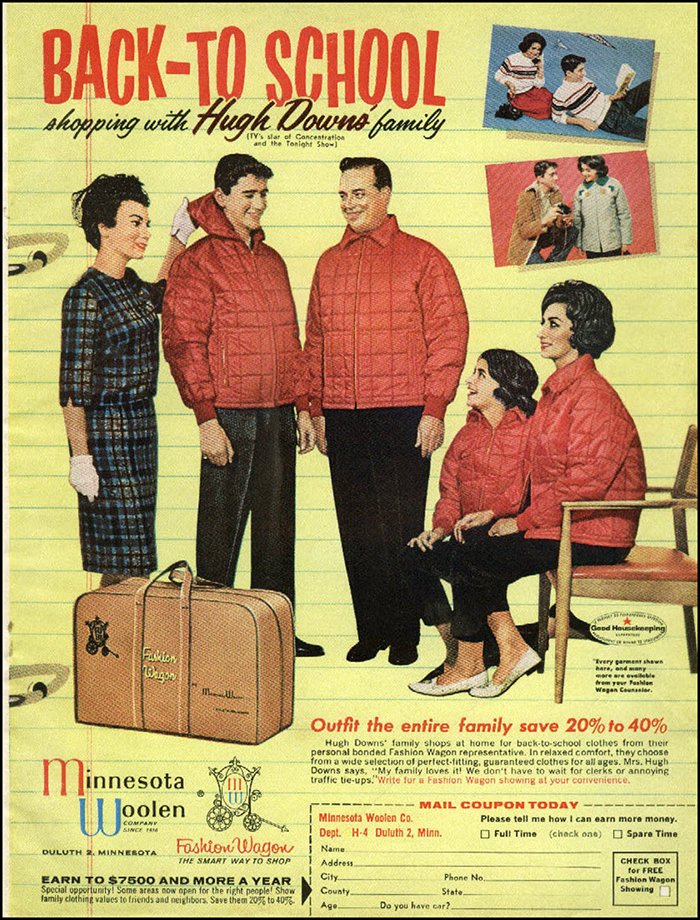 The family that wears red down jackets together, stays together. Just as Tonight Show announcer Hugh Downs. 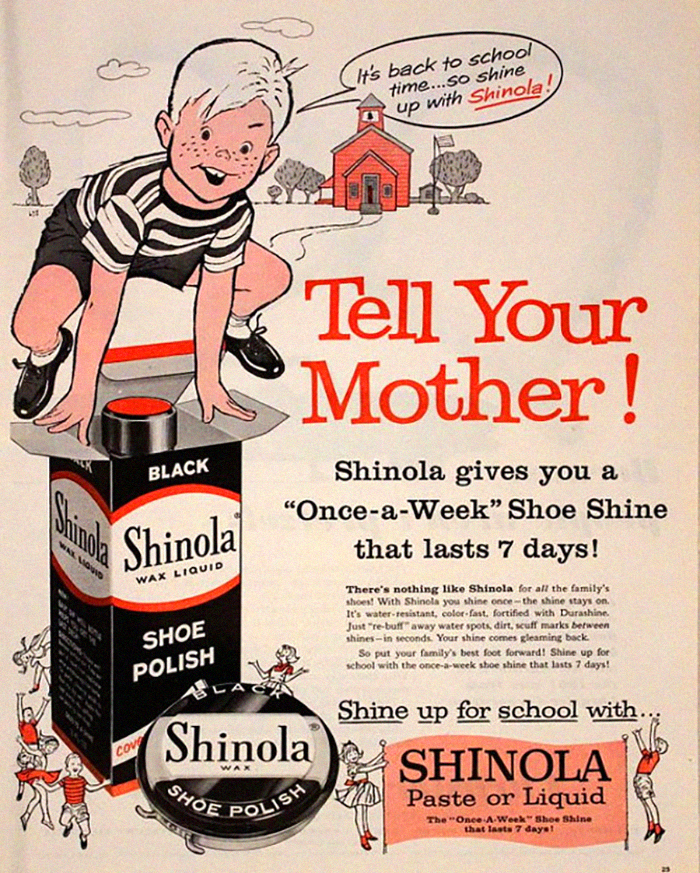 Hopefully, at school your children learned the difference between Shinola and… well, you know. 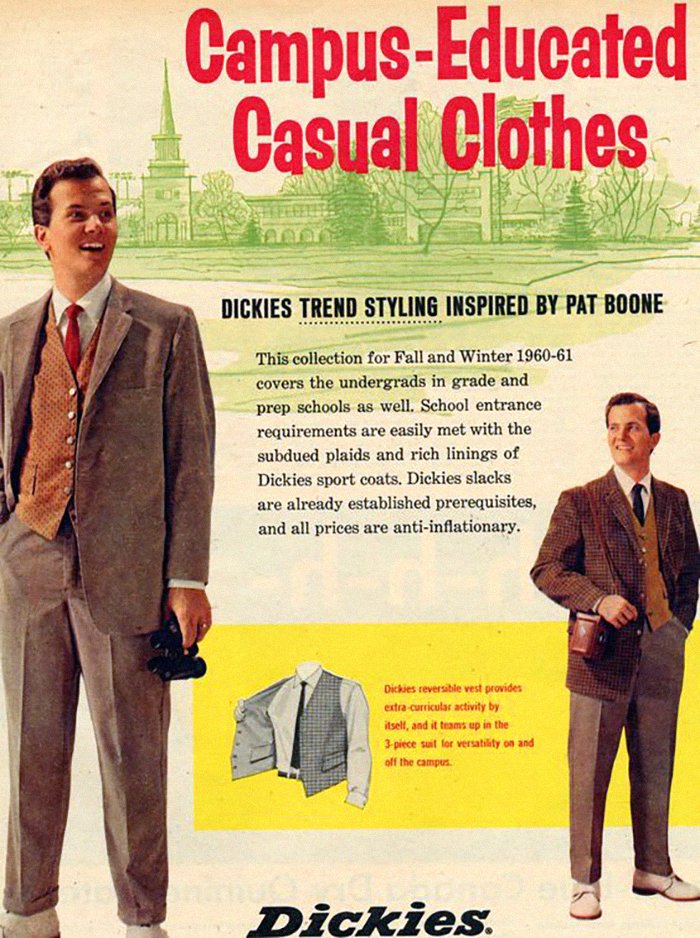 Heck, it's hard to find a doctor or lawyer that dresses this sharp in the city today. Businesses have gone casual. Students? They basically wear pajamas to class.

4. The benefits of sugar 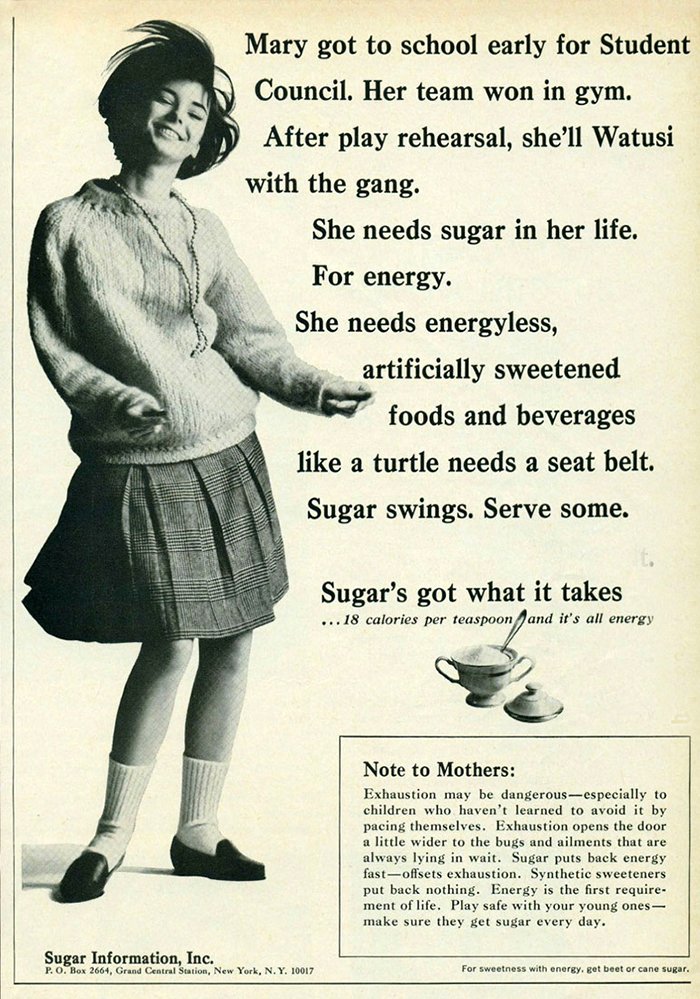 Nothing gives you pep for doing the Twist like sugar. Yes, Sugar™ brand sugar. It's sugar! 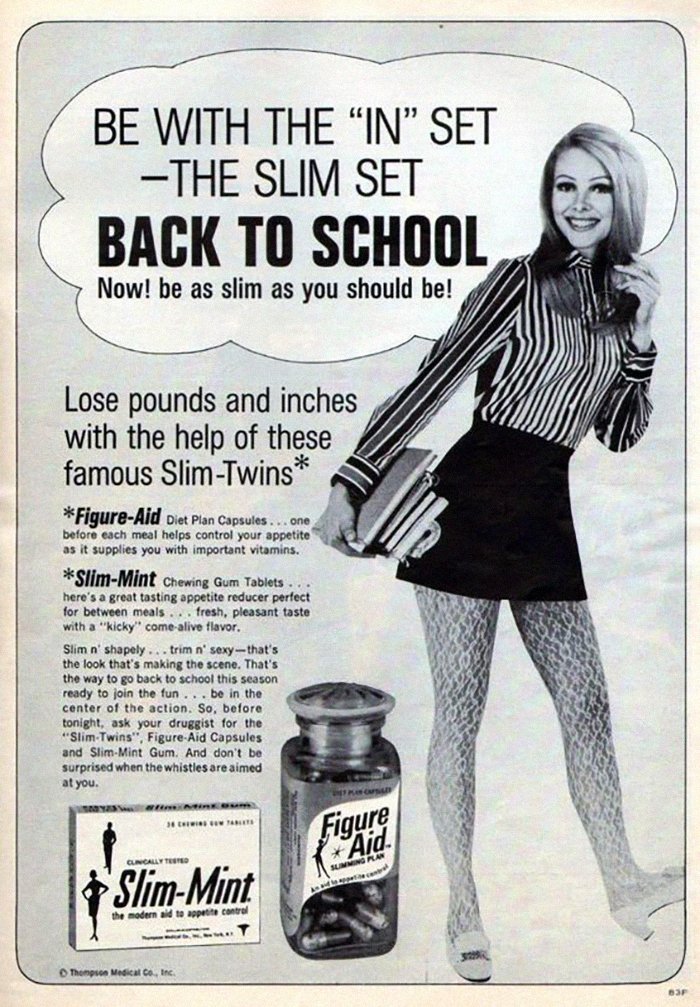 Talk about mixed messages. First you want us to eat sugar, now we have to be "in" with the "Slim Set."

6. Donny and David on your folders 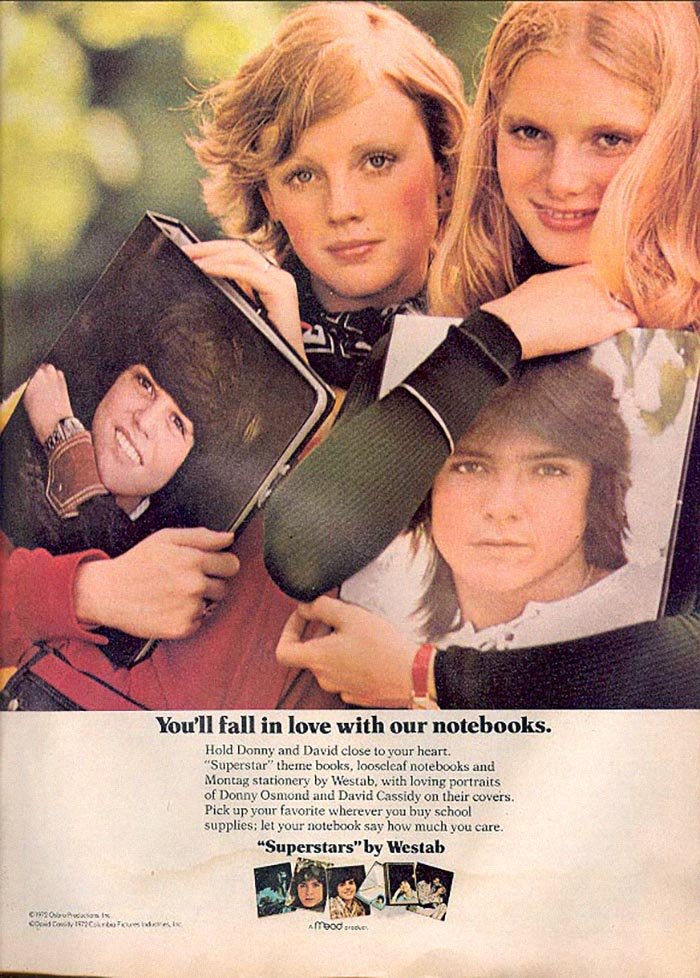 It was hard to focus on the chalkboard with those dreamy eyes staring up at your from your desk.

See Also: Can we guess what year you graduated based on the school supplies you used? 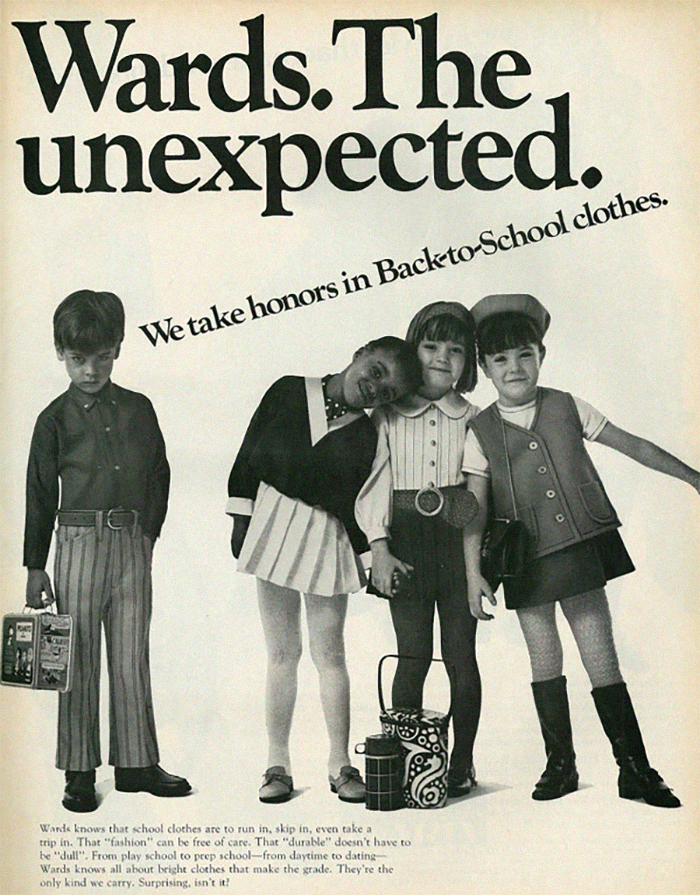 Aren't striped bell-bottoms the cutest? No. The boy on the left is not having it. 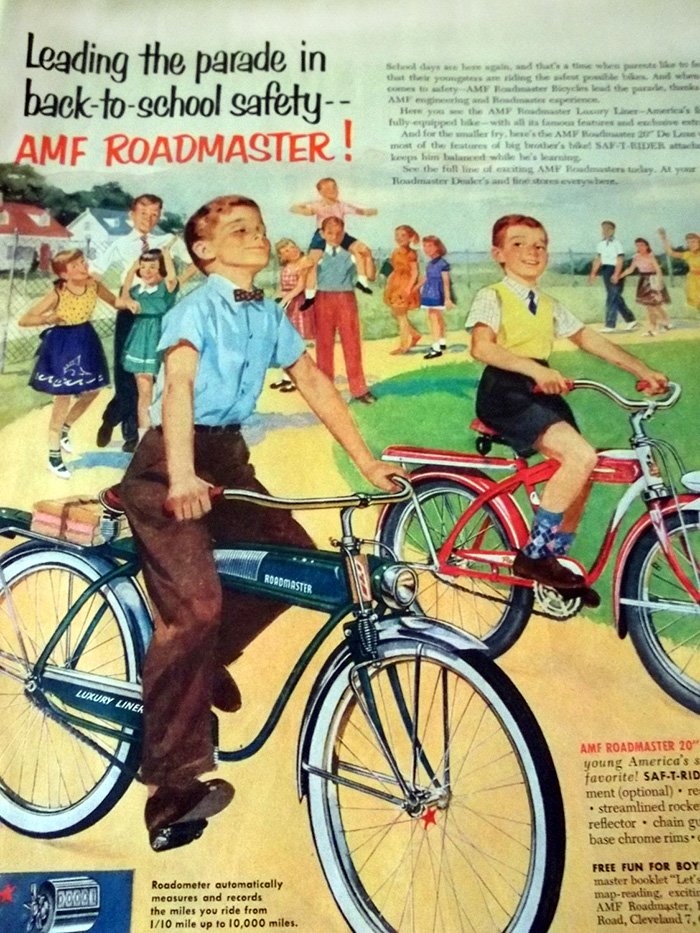 Riding your bike to school was much safer when it was a Roadmaster that weighed approximately as much as an AMC Rambler. 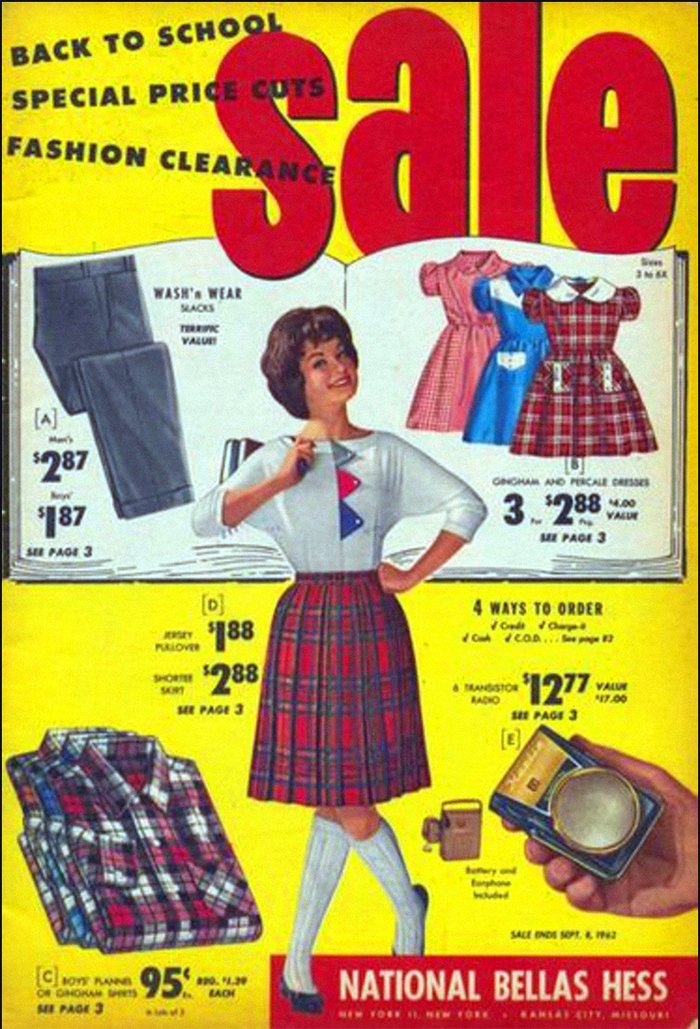 Plaid dresses made of percale were in fashion, and tiny radios were perfect for sneaking listens of the Beach Boys.

See Also: 19 totally '80s school supplies that will take you back to the Reagan era

10. Zayre boasting about its air conditioning 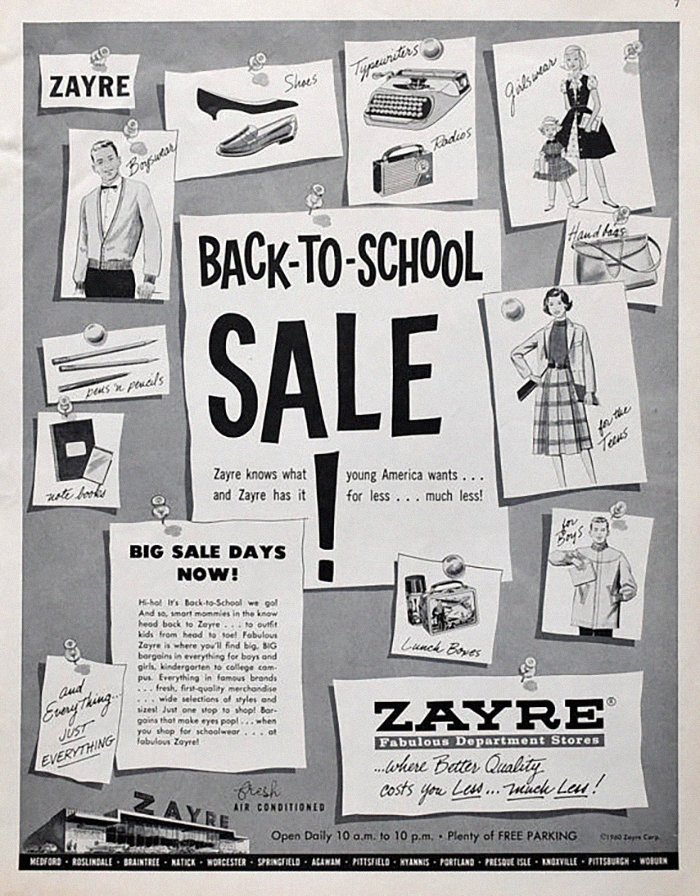 The Zayre chain of discount stores went out of business in 1990. In this 1960 ad, it was boasting about having "Fresh Air Conditioned" stores. You just try to try on polyester when you're sweaty. 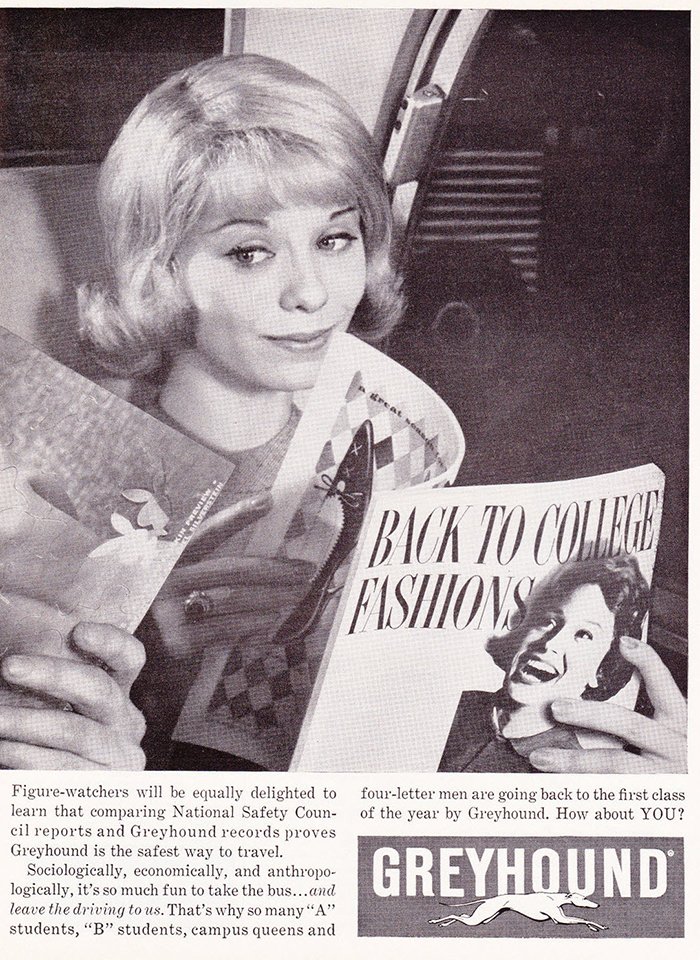 Greyhound is still around, and certainly some kids take the buses to college. But this ad makes the ride feel luxurious. 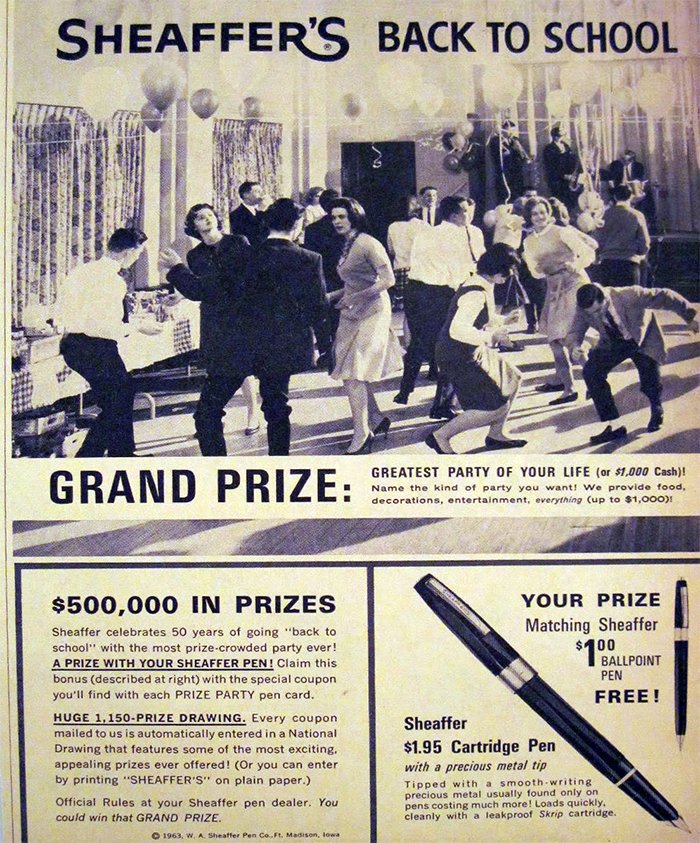 See Also: 10 things your school cafeteria probably served in the '60s and '70s 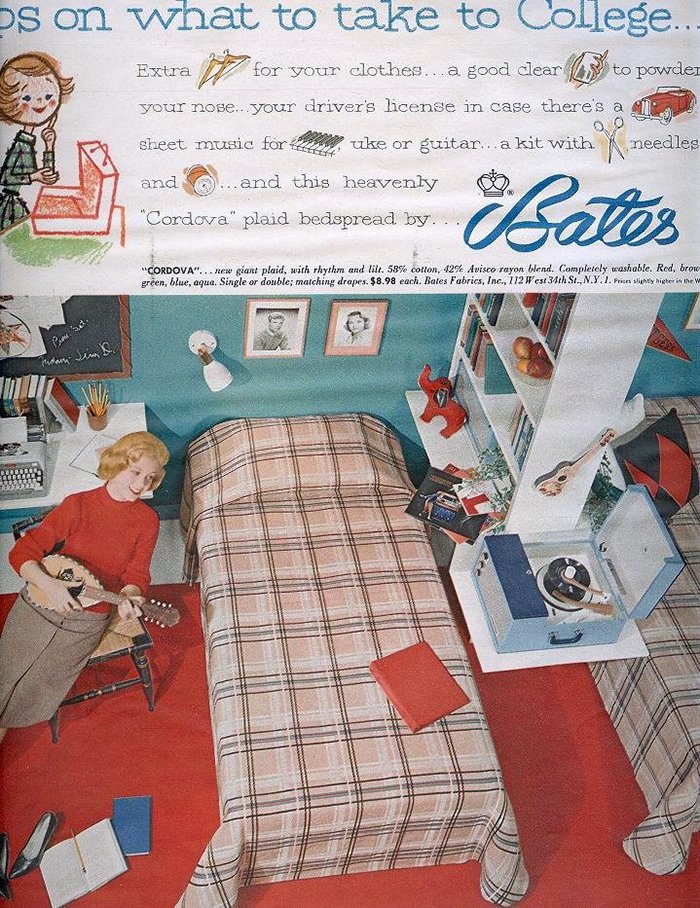 Most young adults out of college would love to have an apartment this decorated and hip.

14. Jazz on the turntables 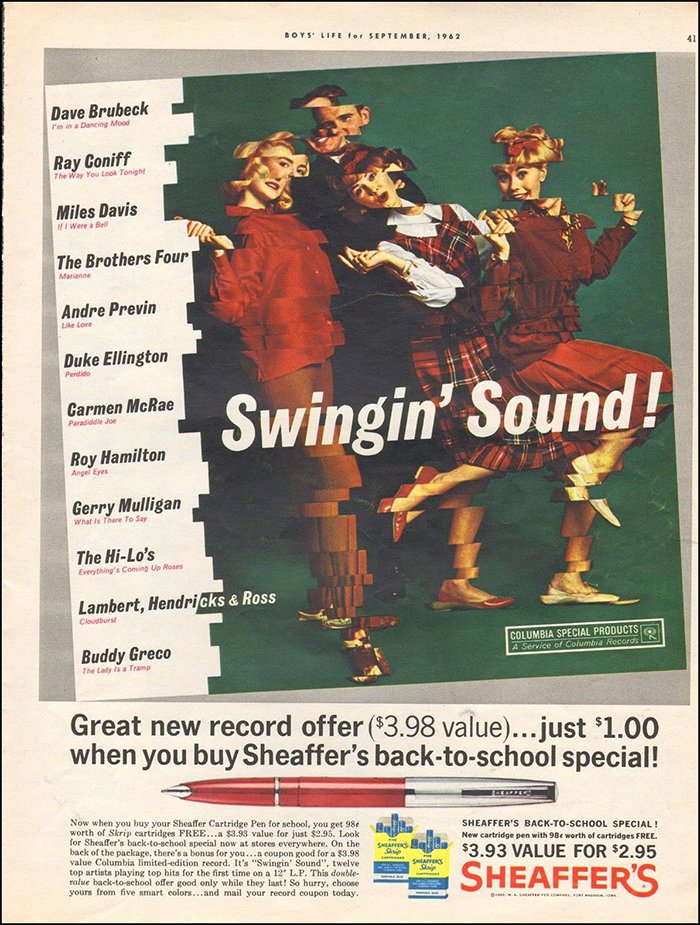 Probably not much Duke Ellington and Ray Coniff wafting out of the dorm windows these days. 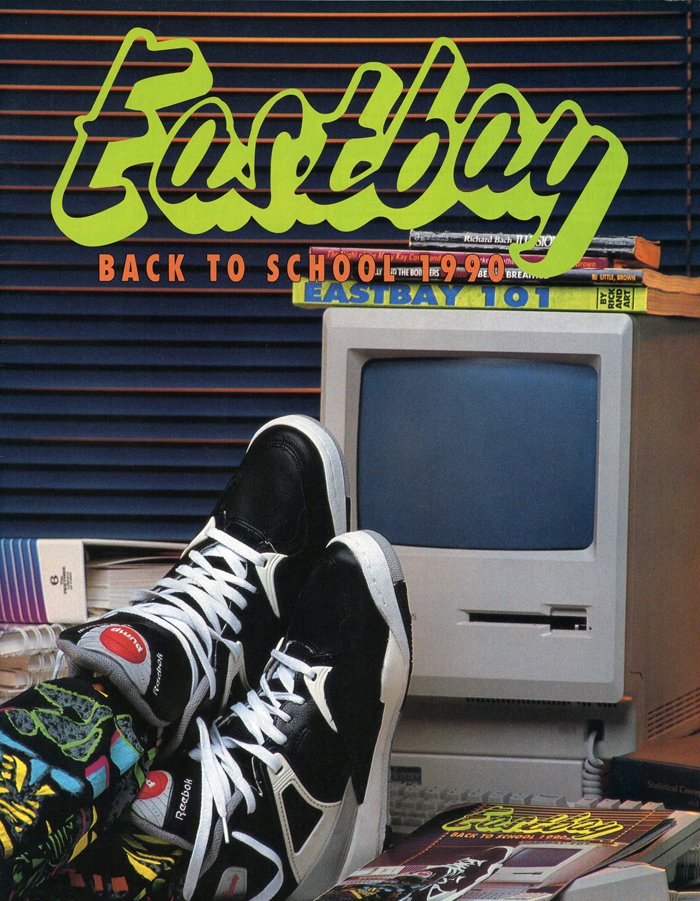 In 1990, we were pumping air into our sneakers and disks into drives. 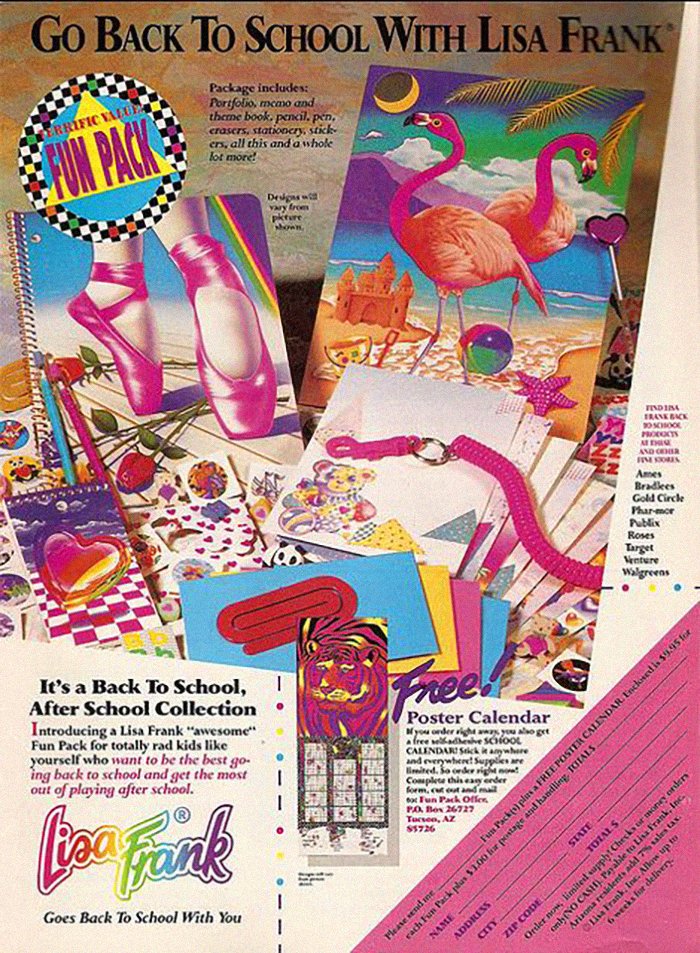 The 1980s called — they want their everything back. 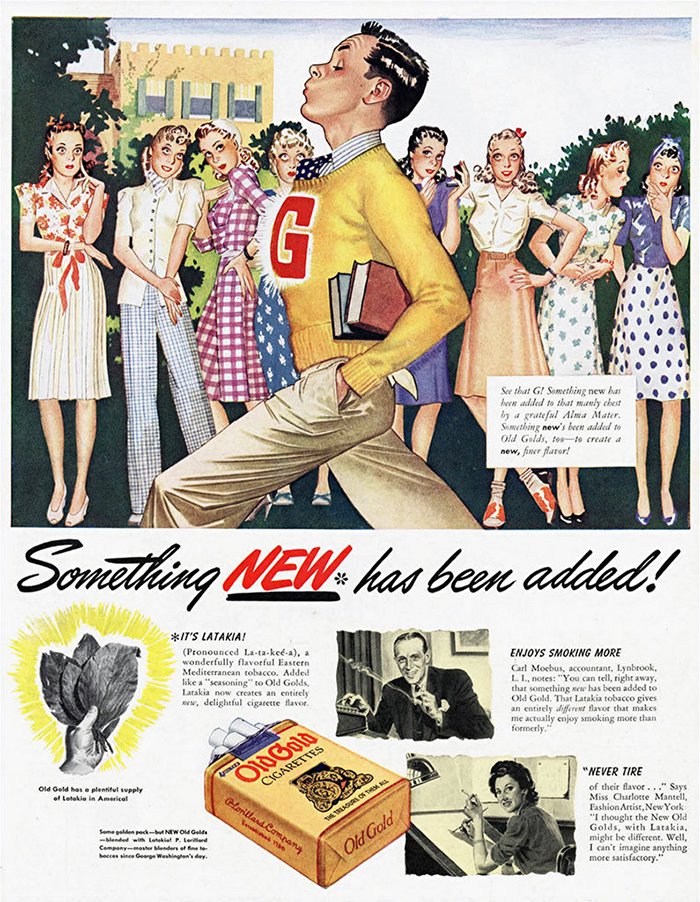 idkwut2use 22 months ago
Lisa Frank everything, neon everything, dayglo flamingos, etc...will live forever! Let there be radicalness on earth, and let it begin with me! That is one sweet dorm for sure—if they were really like that it might’ve been worthwhile to keep arguing against my parents’ wise insistence on commuting. And then when I heard the jazz I’d know where to find the people with taste. ^u^ Miss floppies too, man. There was somethin’ about ‘em.
Like Reply Delete

RedSamRackham 36 months ago
Fine point felt tip pens made fountain pens obsolete. Dressing like Mom or Dad was so uncool; youngsters needed to have their own style. Pat Boone was never the pre-teen/teen boys' style icon. That Old Gold ad from era when tobacco companies indeed tried to appeal to teens. ♣
Like Reply Delete