Lucy will finally get a proper statue this weekend on her birthday. 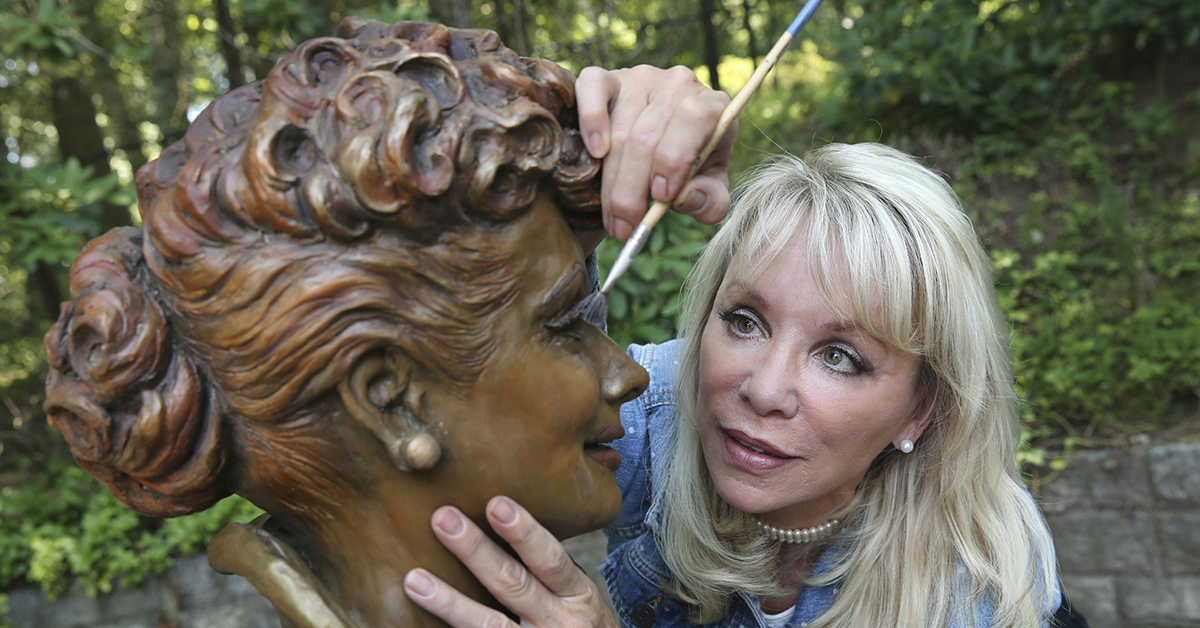 Lucille Ball has been terrorizing residents of Celoron, New York, for the past seven years. No, it's not the ghost of the late actress, but a frightening bronze statue made in her likeness.

In 2009, a statue was unveiled in Ball's hometown as an homage to the show that made her an icon. However, the unflattering statue attracted ridicule, and since then has become known as "Scary Lucy." 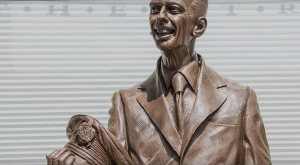 Watch the unveiling of the new Don Knotts statue

Finally, after years of campaigning, a new statue of Lucille Ball will be unveiled this Saturday, August 6, on what would have been the actress' 105th birthday.

"I not only wanted to portray the playful, animated and spontaneous Lucy, but also the glamorous Hollywood icon," sculptor Carolyn Palmer (pictured above) told Entertainment Weekly. "I just hope that all the Lucy fans are pleased and that Lucille Ball herself would have enjoyed this image of her."

The new statue isn't a replacement, though. The original one, which makes Ball look like she took one too many doses of Vitameatavegamin, will stay in the city because it attracts tourists.

"It put Celoron back on the map," said the town's mayor Scott Schrecengost. "It's kind of iconic now."

As of Tuesday morning, the new statue is finished and installed at Lucille Ball Memorial Park, awaiting the big reveal.