Where To Watch Shop Store Contact
Home / Stories / This Trekkie has a $1.5 million Star Trek collection

This Trekkie has a $1.5 million Star Trek collection 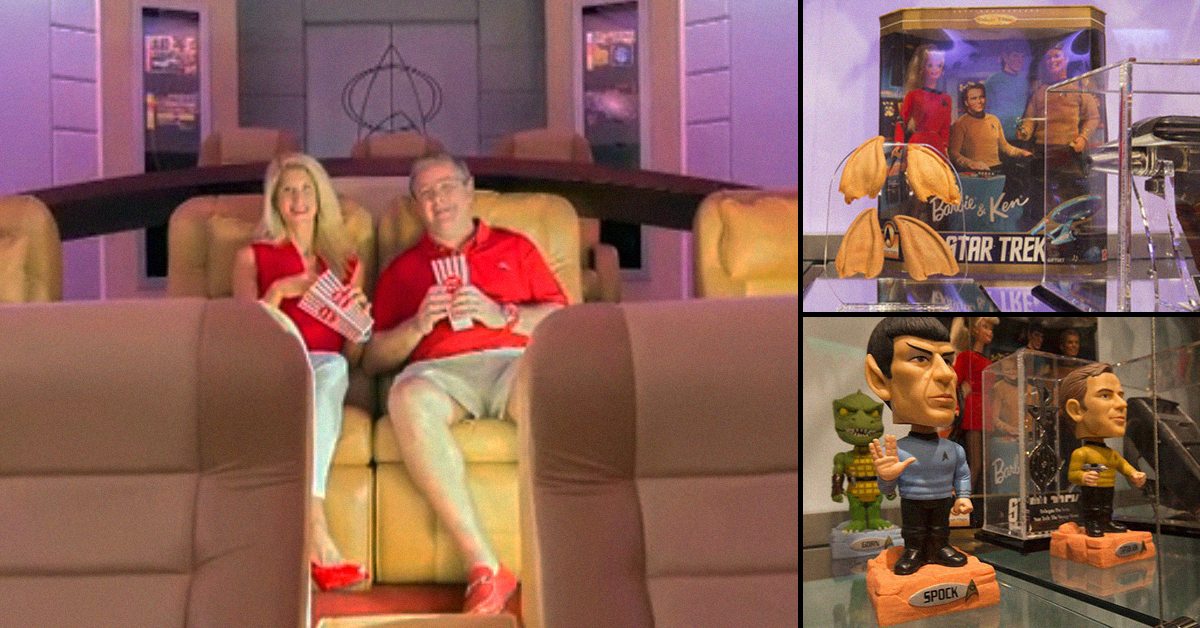 How much would you spend to show off your fandom? One Florida man has invested seven figures in his Star Trek collection. Wall Street Journal recently profiled Marc Bell, a financier who has pumped more than $1.5 million into his ultimate Star Trek lair. The collection ranges in scale from small bobbleheads to a life-size replica of the Enterprise bridge (The Next Generation iteration, that is) which serves as his home theater. Bell has original costumes, special effects models, Spock ears, a Borg charging station and countless toys.

It should also be noted that the WSJ feature shows numerous Star Wars collectibles (lightsabers, Mr. Potato Heads, R2-D2) in the main image. Bell's 27,000-square-foot home was listed for $35 million in 2014. For the record, Mrs. Bell says that her husband's obsession "is cute."

Take a video tour below.