Where To Watch Shop Store Contact
Home / Stories / This is the exact moment we found out Alice's last name on The Brady Bunch
did you know?

Alice took her name from another famous TV family. 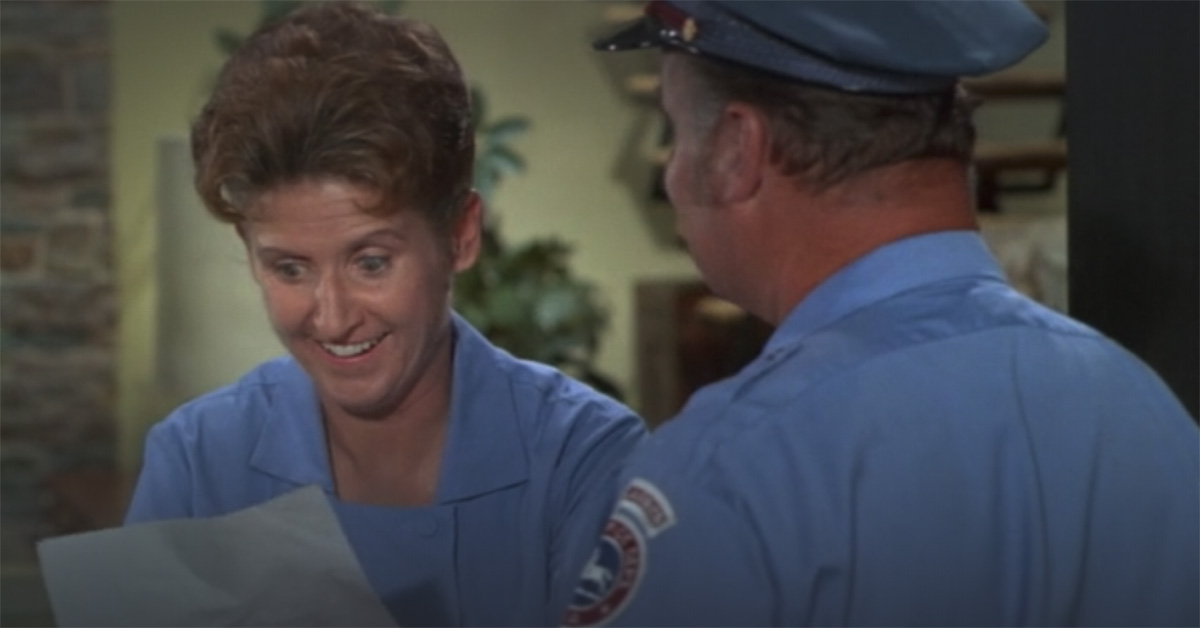 The housekeeper on The Brady Bunch had a deceptively major role in the show's sweet brand of chaos. Played by Ann B. Davis, Alice was the constant in the house, always there to spark or subdue, whether she's casually tossing apples to the boys on their way out to play catch or sensitively sneaking Jan a present to lift the middle sibling's spirits. She even once played the pivotal role in teaching Cindy an important lesson in the second season.

You could always count on Alice to be there, and her distinct personality drove the plot in many episodes.

For "The Tattle-Tale," Cindy manages to upset the whole house by sticking her nose in everybody's business and spreading their stories as the episode's title tattle-tale. This all comes to a head when Cindy gets Alice in trouble with Sam by answering the phone and telling Sam that Alice is hugging the postman. You can tell this information upsets Sam because he makes Cindy repeat it. The next thing we hear is Cindy promising Sam she won't tell Alice that he called.

What actually is happening between Alice and the postman is this. The letter he's delivering has the news that Alice has won a contest she's entered. Opening it right away, once Alice sees she's won, she's overcome with joy, bouncing and hugging the postman in a way that is strictly reactionary and friendly. No scandal here, but too bad for Alice, Cindy's tattle-taling doesn't give Sam that impression.

Later in the episode, Alice calls Sam and he lets her have it. Alice, confused, hangs up the phone, and the Bradys, concerned, ask her, "What was that about the postman?" At this moment, a sleepy Cindy comes down the stairs, "Isn't anybody going to kiss me goodnight?" 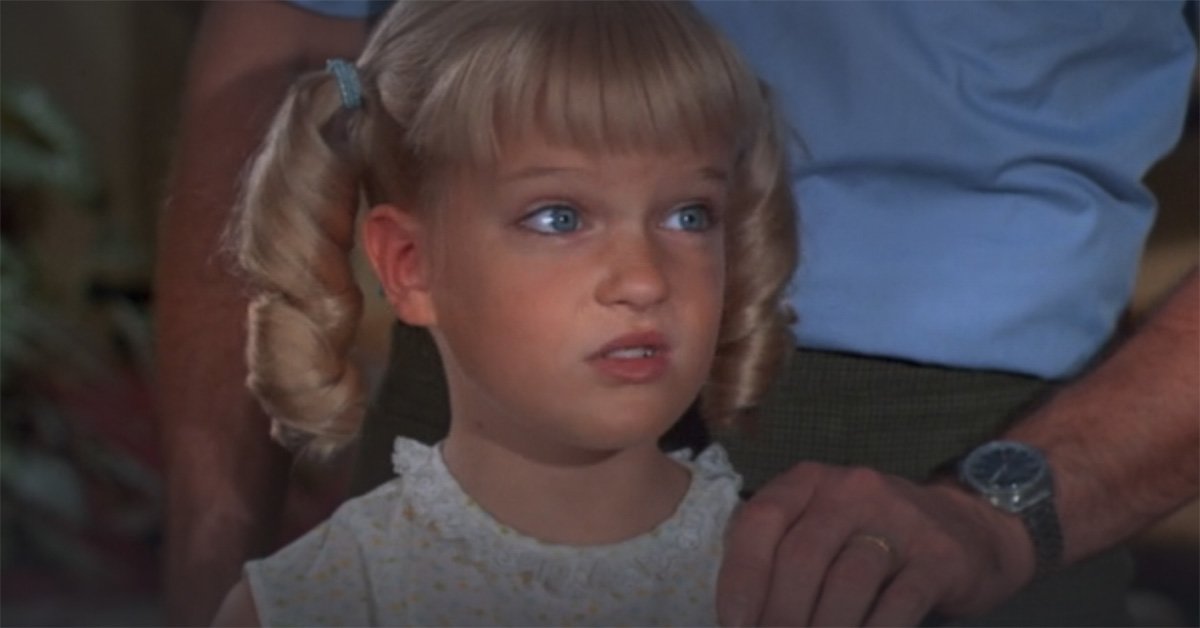 Fortunately, Cindy tattles next on Sam, breaking her promise not to tell Alice about the previous phone call and revealing that she spoke to him that afternoon. Although it's Carol and Mike who deliver the lecture to their busybody daughter, it's understanding how her tattling has risked Alice's relationship that gets the girl to shift her ways. 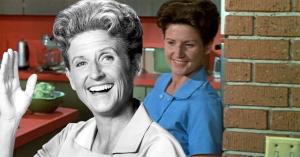 This is the Cinderella story behind how Ann B. Davis became Alice on The Brady Bunch

There's a whole lot of love between the Brady family and their housekeeper, which is why it might strike you as odd that up until this second season episode, nobody on the show knew Alice's last name. Even Alice!

According to Lloyd Schwartz in the biography Brady, Brady, Brady, "The Tattle-tale" is the very first time we find out Alice's full name, and it happens right when that fateful letter is first delivered. When Alice opens the door, the postman says, "Registered letter for Alice Nelson." Alice responds right away, "That's me." Just like that, she filled in a key piece of Brady TV history.

Schwartz wrote in his book, "Dad (Sherwood Schwartz) never had given a last name to Alice in the beginning of the series. In the presentation, Alice was just Alice. Alice got her last name when we were filming an episode in which a mailman came to the door and said he had a letter for Alice. The actor, John Wheeler, looked at me and said, 'What is Alice's last name? I can't just have a letter for Alice.'"

Pressed to fill something in, Lloyd gave Alice the name Nelson for an incredibly sweet reason that references his own family. He wrote, "I picked Nelson in salute to Ozzie and Harriet since Dad worked on that show when it was on the radio." 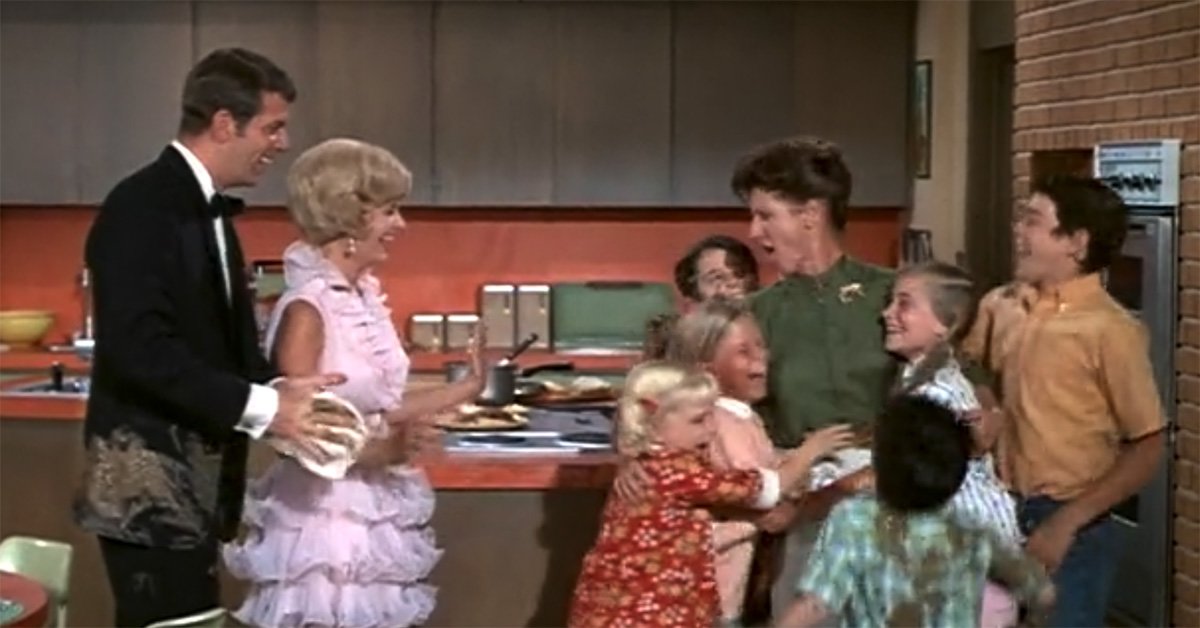 Alice at the center of The Brady Bunch

As for Alice and Sam, they clear everything up, and by the end of the episode, Alice is sitting in the kitchen, counting jelly beans to win her next contest entry. You could almost say the episode captures a complete picture of the housekeeper we love, now known to all as Alice Nelson.

Scissorhands888 32 months ago
I remember seeing John Wheeler in a McDonald's commercial in 1971. He played the restaurant manager. Several other future well-known actors and character actors include a young Anson Williams and John Amos.
https://youtu.be/5EL8myBN4vs

SheriHeffner 36 months ago
I always loved Alice. The children could confide in her for everything. I always hated the episode where Carol forced her to reveal who broke her antique lamp and later on she had no who left the stereo on all night, and later on, I couldn't blame her for not letting Bobby and Cindy go swimming in the nude. No wonder Bob Reed chose not to star in that episode.
Like (1) Reply Delete

Jacqueline05478 SheriHeffner 36 months ago
I thought I had seen every episode at least 5 times but the episode about nude swimming has me mystified. When was it? Thanks.
Like Reply Delete

swimming
The next scene is probably the most infamous of those cut from syndicated episodes. It does absolutely nothing to advance the episode’s plot. Bobby and Cindy enter the kitchen adorned in bath robes en route to swim at a neighbor’s house. Alice questions what pair of swim trunks Bobby has on, only to find he has on none! Cindy is in the buff under her robe too! When it is shared that the pool owning neighbor is a doctor and his family swims in the nude, Alice gives a funny response stating the doctor must not have much of a practice if the family can’t afford swimsuits. Alice tells them to go upstairs and suit up as they will not be swimming in an x-rated swimming pool without their parents’ permission. If that were me, I would have incurred the wrath of two more angry Brady children and forbidden them to go at all. Naked children possibly swimming alongside naked adults or even other naked children is something I do not approve of (as many other adults would not). I can imagine this scene causing quite a stir in 1972.
Like Reply Delete 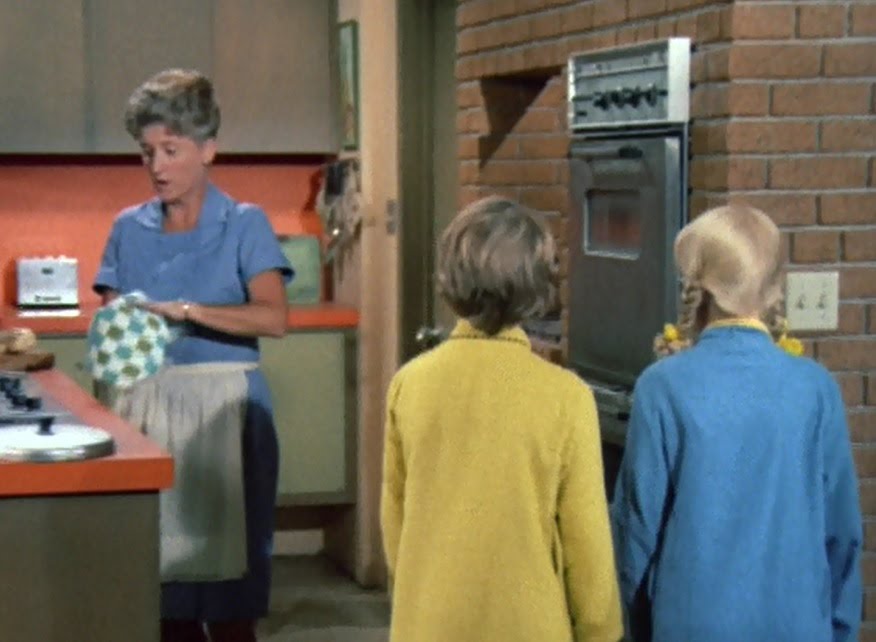 stephaniestavropoulos 36 months ago
If they wanted to pay homage to a show, they should have chosen Love That Bob, a show Ann was in. She played Schultzy. They could've used Schultzy for a last name, or the last name of Bob Cummings character for Alice's last name.
Like Reply Delete

SheriHeffner stephaniestavropoulos 36 months ago
Remember in The Brady Bunch Movie she played a truck driver with a CB radio and her name was Schultzy. Loved that scene.
Like Reply Delete