Where To Watch Shop Store Contact
Home / Stories / This is the Cinderella story behind how Ann B. Davis became Alice on The Brady Bunch
nostalgia

This is the Cinderella story behind how Ann B. Davis became Alice on The Brady Bunch 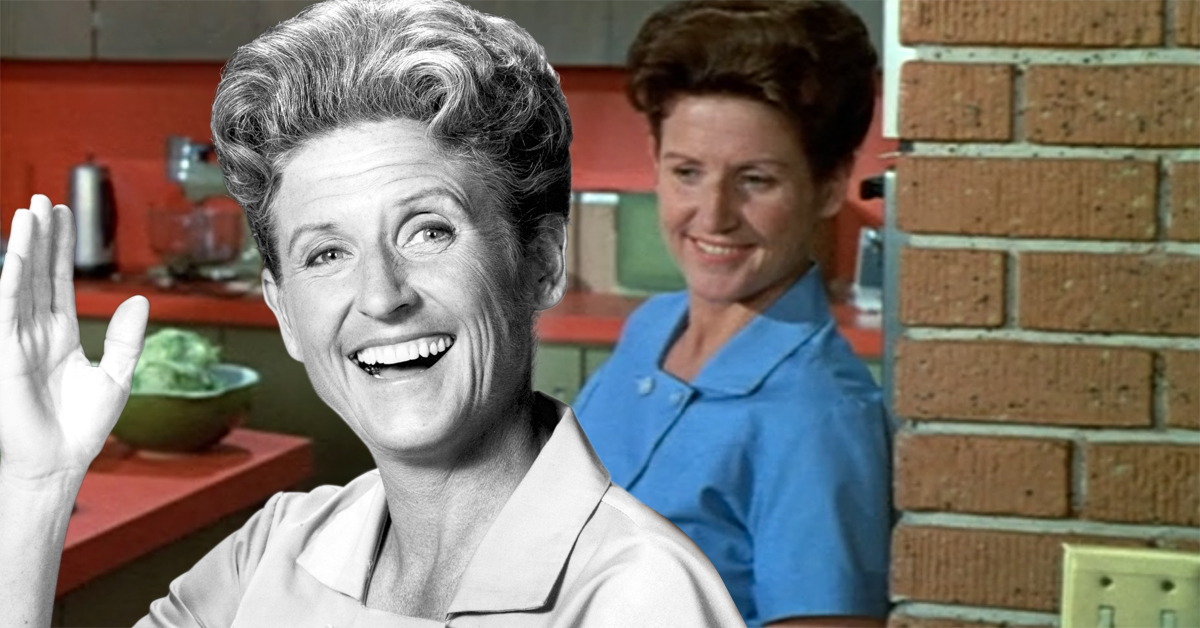 Ann B. Davis never wanted to be a leading lady. She loved doing the work of the supporting actress who knows how to carry a star in a scene. It's what made her famous, first as "Schultzy" on The Bob Cummings Show in the 1950s, then again in the '70s on The Brady Bunch.

But before The Brady Bunch came around, Davis was actually pretty down on her luck. Once The Bob Cummings Show ended in 1959, the TV roles only seemed to trickle in for Davis, so she had a friend write a couple jokes and she taught herself a couple songs and tried to make a nightclub act work to pay her bills. It wasn't an easy time, and Davis has since proved she had way more to offer than simply performing the material in her act.

Although her talent was being underutilized, Davis was actually committed to a string of nightclub dates when The Brady Bunch series creator Sherwood Schwartz got it in his head that she'd be just perfect for the part of Alice. In fact, he had his mind set on her before she even had a chance to audition - heck, before he even met the actress - but he still needed to sell everybody else on it. So he reached out to see if she'd be interested and was answered with a prompt and immediate no. He was told Davis' schedule was booked (you know, with those nightclub dates she took just to put food on the table!) and she couldn't do the show (which would, you know, assure she'd never go hungry again!). Davis thought The Brady Bunch was a cute show, but she had no idea when it would actually get started. Schwartz had already been developing the show for years.

If Schwartz had taken Davis' answer at face value, who knows what face we'd associate with Alice today, but we can guarantee it just wouldn't have been the same. Luckily, Schwartz did not take no for answer and went to great lengths to fly Davis between Seattle and L.A. in the same 24 hours, so she wouldn't have to miss her nightclub engagement. Davis says it was a whirlwind experience, but once Schwartz had everyone in agreement that Davis was indeed the right fit for Alice, he immediately paid the L.A. nightclub for all of the remaining nights Davis had agreed to do, so he could free her up to do his show.

According to Davis in an interview with Archive of American Television, she never went back to the nightclub again, and one of her first acts as a cast member on the show was to weigh in on one of the show's biggest early questions: Should it be called The Brady Bunch or The Brady Brood? Davis, of course, agreed with everybody else: Bunch is just a funnier word.

That's true, and the same can be said for Davis, who is just a funnier actress than most (not to mention the best housekeeper The Brady Bunch could've asked for).

TimLones 9 months ago
"and she couldn't do the show (which would, you know, assure she'd never go hungry again!)"
Not a fair statement. No one ever knows if a show will last 13 weeks or become a huge hit. Considering the talent there was a great chance, but no one really knows until its on the air.

SheriHeffner 38 months ago
I always loved Alice. She also had a twin sister too.
Like Reply Delete