'Sing Along With Mitch' was the original karaoke machine. 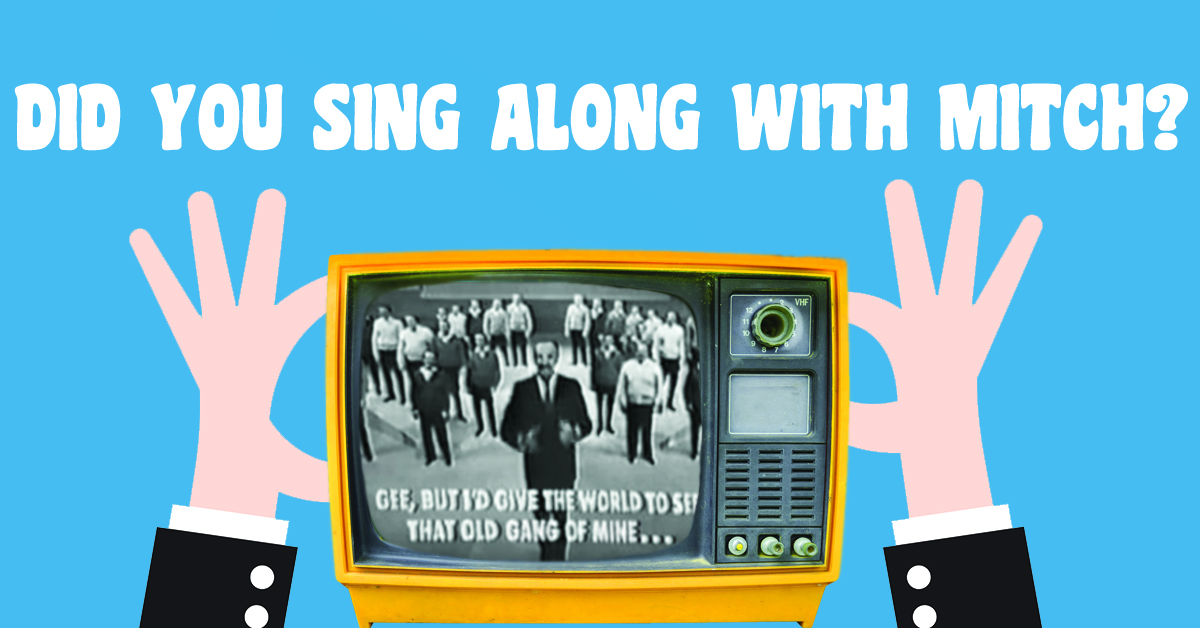 Any karaoke DJ can tell you that Neil Diamond's "Sweet Caroline" or Gloria Gaynor's "I Will Survive" is requested just as often as any hit song today, if not more. There's a reason why so many people have go-to karaoke songs that come from the 1970s. Karaoke itself was invented in Japan in 1971. These wannabe pop singers have been loyal to their songs of choice for decades.

But before Japanese musician Daisuke Inoue created his machine that started a cultural craze, there was a TV show that aired on NBC from 1961 to 1966 that got people hooked on group sing-alongs. It was called Sing Along With Mitch, and it was hosted by recording industry executive and conductor Mitch Miller. Mitch would conduct a chorus through popular standards as the lyrics appeared in time on the screen, encouraging everyone at home to join the merry melody-making. He'd even face the viewer as his arms raised up and down to guide you through each beat.

Before Mitch made sing-along shows popular for adults, there were memorable shows that were similarly structured that aired from the 1920s to the 1940s, like Song Car-Tunes and Screen Songs. These were animated shorts meant for kids and are largely regarded as the spark for karaoke culture, but a bunch of kids singing songs sounds less like karaoke as we know it and more like a happy afternoon in a daycare. What Mitch did was make this kind of gathering cool for adults, paving the way for karaoke to kick off with an eager audience already prepared to embrace it.

The earliest karaoke machines popped up in hotels and restaurants through the 1970s. They also inspired dedicated businesses called "karaoke boxes" where folks could reserve rooms for individual parties. It wasn't until the 1980s that karaoke machines became a more common household item, inspiring an entire market of karaoke music videos to explode. These music videos became more sophisticated throughout the 1990s, graduating from providing lyrics sheets to help you follow along to plastering lyrics across the screen in perfect sync with the song.

To us, that's just pop culture coming full circle, providing the same service that Sing Along With Mitch was offering as early as 1961, a decade before the first karaoke machine would come squawking into the world.

JerryWithers LeeHarper 25 months ago
I *THOUGHT* that was him! :D
Like Reply Delete

ndebrabant 35 months ago
Yes I watched Sing Along With Mitch and loved it.
Like Reply Delete