Radar O'Reilly was just one part of this multifaceted man who found the secret to living life to the fullest.

At the end of the second season M*A*S*H episode "Radar's Report," Gary Burghoff paints a smile on Radar O'Reilly's face as only he can do.

Six years earlier, Burghoff had perfected the art of the small hopeful smile while playing one of the most wholesome characters on Broadway: Charlie Brown.

"Gary Burghoff, who plays Charlie, has that perfect knack of starting a tiny, hopeful little smile only to have it fade into self-dismay after some nasty crack from Lucy," reported The Janesville Daily Gazette in 1967.

That year, many theater critics declared Burghoff a "good man" for gripping audiences with such good-natured material as Peanuts.

Burghoff's version of Charlie Brown smashed Hollywood stage records, selling out every show and shocking everyone by selling $87,000 in advance ticket sales.

Nobody could've predicted the success, but winning life with a small smile has remained Burghoff's style.

Burghoff is one of those enigmas, someone who seems to be talented at everything he tries. There's seemingly nothing this multifaceted man cannot do.

Before Broadway, he was touring all the major nightclubs as the drummer holding down a celebrated jazz trio. After Broadway, he portrayed Radar in both the movie MASH and then the TV show M*A*S*H, leading Burghoff to soon win an Emmy for his talent as an actor.

Although it was a huge shock when Burghoff left M*A*S*H in its eighth season, Burghoff had discovered that he no longer wished to continue doing anything that wasn't what he truly wished to be doing. And he felt he'd done all he could with Radar's character.

He decided to leave behind his famous character, mostly because he truly felt that by putting off the other things he wanted to do beyond Radar, he was literally putting off living his own life.

So, he left M*A*S*H, and he went home to live near his family in Connecticut, where he took up painting.

In this craft, he excelled again, selling paintings of animals in each state that had come back from being endangered. The paintings would sell for as much as $25,000, and when he made limited edition prints, those would fetch anywhere from $200 to $800 a pop. 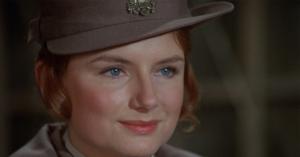 During this time, Burghoff also raised his kids and made more music, composing more than 100 songs and winning recording industry awards for three of his best tunes.

As a painter, he caught just as many eyes for his work, and he told The Palladium Item in 1999 that his goal in painting wildlife was to show the world that setbacks were temporary and comebacks were real.

"I am hoping to make the statement we can overcome," Burghoff said.

Burghoff could surely relate to this, as an actor who used to dream of winning an Academy Award, but who later decided his family life was more important to him than celebrity or critical acclaim.

Dreams change, and Burghoff knew it just took adjusting to follow the heart's new desire to ensure he continued living his life to the fullest.

But that didn’t mean Burghoff was done with acting for good.

"When I turned 50, the phone stopped ringing," Burghoff told The Leader-Telegram in 2003. "How do you cast a 50-year-old Radar? Now slowly they're beginning to say, 'Gary Burghoff has surpassed Radar. We know that he has a range. Let's cast him in character roles.'"

Burghoff continued acting through the mid-1990s, with one final appearance in a 2010 movie where he played a local pastor who inspires a man who is down on his luck.

It's a fitting final role for Burghoff if it ends up being his last, because the man was seemingly made of inspiration and refused to let luck factor into his life — pushing himself to become a talented painter, musician, and actor, as well as a devoted family man.

He seemingly was too busy living life to the fullest to ever view one thing ending as anything but something else beginning.

In 1968, Burghoff imparted to The Los Angeles Citizen News a bit of wisdom that shows from the start of his acting career, he had already decided to make the best of whatever might come, practically embodying the small hopeful smile he charmed us with so often onstage and onscreen. 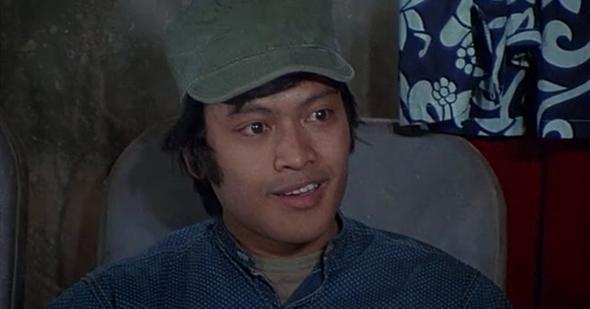 Did you know?
The back-to-back disappearing acts of Patrick Adiarte 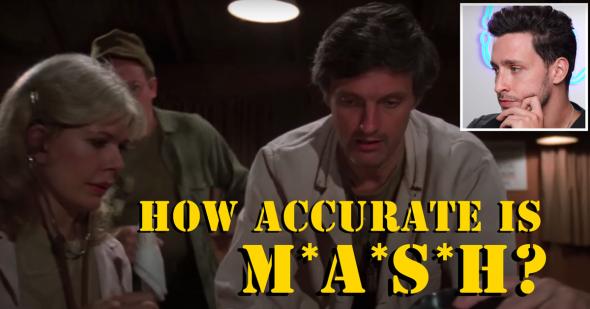 Did you know?
Radar's sophisticated love interest was the original Gloria from ''All in the Family''
Are you sure you want to delete this comment?
Close

RubyO 15 months ago
He made a wonderful family film called "Behind the Rainbow" that also starred his daughter Gina. Such a great movie.

Or drag a file here to upload
DocForbin 15 months ago
Then there is the fact that the fingers on one of Burghoff's hands are shorter than the other. He actually showed that on a special about disabled children.
Like (1) Reply Delete

Elveric DocForbin 4 days ago
They covered that up remarkably well during the series. I have a similar issue, and was happy to shake hands with him while he was in a touring show
Like (1) Reply Delete

F5Twitster 15 months ago
The sad fact is that Burghoff was roundly disliked by his "M*A*S*H" castmates. They loved Radar, but loathed Burghoff.
Like Reply Delete

Zip 15 months ago
Well, we know he was a pretty good drummer, as he played them on a couple episodes of MASH.
Like (1) Reply Delete

Michael Zip 15 months ago
And the band (or maybe a band) had Lynda Carter as the singer.

Which I guess is why he was on Wonder Woman.
Like Reply Delete

Michael 15 months ago
His second credit according to imdb was on "The Good Guys" in 1969, with Bob Denver and Herb Edelman. Was that on MeTV?

I remember the show, but not much detail.
Like Reply Delete

Andybandit 15 months ago
Radar was my favorite character on Mash. It is too bad once your 50. People don't get many acting jobs. I like watching older actors.
Like Reply Delete

Or drag a file here to upload
LoveMETV22 15 months ago
Great actor, he was definitely a major role in M*A*S*H. I liked his role as company clerk as opposed to Klinger, but the show evolved over the seasons. He did win an Emmy for his role in 1977. I always enjoy seeing his interactions with the other characters on the series.
Like (2) Reply Delete

Michael 15 months ago
Don't forget, he stepped out of MASH, and into the Tv movie "The Man in the Santa Claus Suit". December 1979.
Like (3) Reply Delete