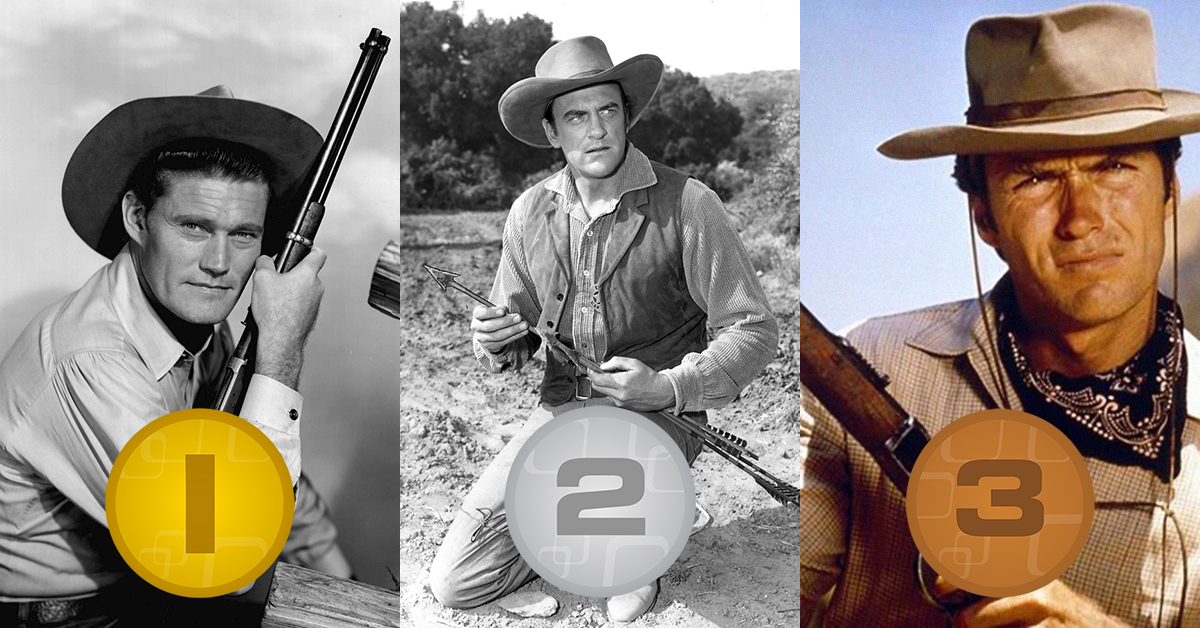 Giddy up! Our Me Medals extravaganza has come down to the final event. It's time to pin gold, silver and bronze badges on the breasts of television's greatest cowboys. The Western was once a staple of the small screen. From the 1950s to the 1960s, there were rugged heroes of all types, in all shades of morality, roaming the great plains and deserts of the past. They were marshals, rangers, ranchers, bounty hunters, wagon masters and renegades, but all of them are true American "cowboys" in the greater sense of the word. Not even the great Rural Purge of the early 1970s could erase all these icons.

It's a crowded saloon of characters from which to choose, but we boiled it down to our top three. Vote for your favorite below and have your say in the comments.

He had the nifty gun, but what prods McCain to the top of this list are his skills as a single father. Few characters were so great a role model. Not to mention, Chuck Connors was a stud, having played multiple professional sports.

It's hard to argue with 20 years of service — and that's not counting the radio series. James Arness towered over Dodge City for two decades.

We were torn between Wanted: Dead or Alive's Josh Randall and Rawhide's Rowdy Yates. And while Steve McQueen is the epitome of cool, Clint Eastwood is, well, Clint Eastwood. Also, considering the character was working on a cattle drive, Rowdy is one of the few literal cowboys on this list.