Where To Watch Shop Store Contact
Home / Stories / 9 tough as leather facts about 'Rawhide'
Did you know?westerns 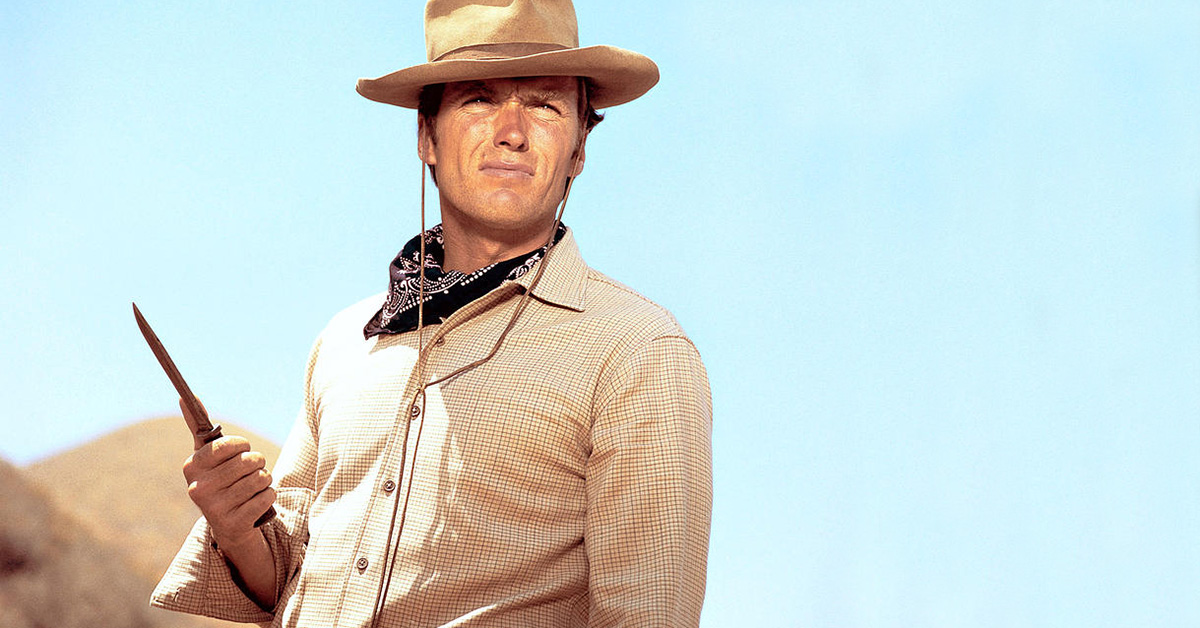 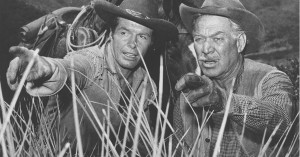 Rollin', rollin', rollin'! It's been over half a century since Gil Favor and Rowdy Yates set out on their cattle drive, but the doggies keep on rollin'. Rawhide remains one of the most beloved Westerns — and television shows in general — of the late 1950s and early 1960s. The gritty action series made Clint Eastwood a household name, as his Rowdy character eventually became the central focus of the cowboy series.

Here are a fistful of things you might not know about the small screen show that made him a star.

1. It was the fifth longest running Western.

Eight seasons is a long time for a cattle drive. (Though, technically, the original drive reaches its destination in middle of the third season.) Wagon Train just edges Rawhide for longevity, having lasted eight years, with The Virginian clocking in at nine years. Of course, Bonanza and Gunsmoke logged the most episodes, running for 14 and 20 years, respectively. Rawhide creator Charles Marquis Warren had previously been a producer for Gunsmoke, and would go on to executive produce The Virginian. That's some resume.

2. Two episodes were slapped together to form a movie, until Eastwood prevented its release. 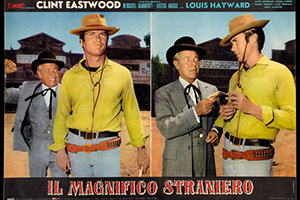 Rawhide finished its run in the first week of 1966. By that year, Eastwood was a star of small and big screen. The classic Spaghetti Westerns A Fistful of Dollars (1964), For a Few Dollars More (1965) and The Good, the Bad and the Ugly (1966) revolutionized the genre. To further capitalize on Eastwood's fame, Jolly Film, the studio behind A Fistful of Dollars, pieced together a couple old episodes of Rawhide, primarily "The Backshooter" with Louis Hayward and Slim Pickens, and labeled the flick The Magnificent Stranger, the original shooting title for A Fistful of Dollars. However, Eastwood sued and had the 1967 film withdrawn.

No need for a wardrobe department when it comes to Clint. To bookend his career as a cowboy, Eastwood wore his same Rowdy Yates boots in his Oscar-winning 1992 masterpiece Unforgiven. 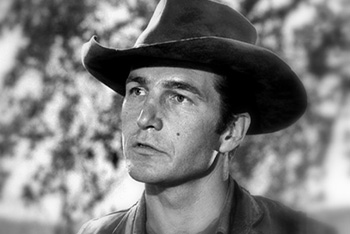 Eastwood's stature as an American icon overshadows the work of Fleming, the top-billed star of Rawhide. Fleming left the series in 1965 and began work on the big screen. He appeared in the Doris Day comedy The Glass Bottom Boat and then began work on location in Peru for the adventure High Jungle. When filming a scene on the Huallaga River, Fleming's canoe overturned and the actor perished in the rapids. Urban legends about piranha developed, but those are untrue.

5. Before becoming an actor, Fleming had facial reconstruction surgery. 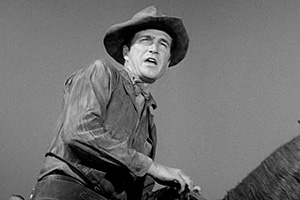 It's hard to believe this handsome leading man once considered himself ugly. However, when serving in the Navy, Fleming mangled his face while attempting to lift 200 pounds in a bet. Plastic surgery reconstructed his nose, jaw and forehead. He considered the emergency work an improvement.

6. The series got darker than your average Western.

Rawhide dealt with heavy subject matter and also slipped into the occasional ghost tale. In "Incident at the Top of the World," Robert Culp famously guests as a morphine addict. In 1961, serious drug use was far from common on television. Episodes such as "Incident of the Murder Steer" and "Incident of the Haunted Hills" venture into eerie territory, made all the more effective by the black and white cinematography.

7. Clint Eastwood secretly had a child with one of the stuntwomen. 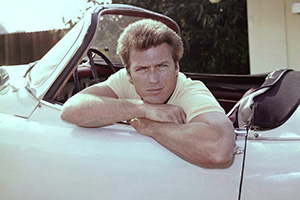 In 1989, The National Enquirer revealed that Eastwood and stuntwoman Roxanne Tunis had a child together, Kimber, a quarter century earlier. At the time of the birth in 1964, Eastwood was married to his first spouse, Maggie Johnson.

8. Loads of soon-to-be-famous faces appeared on the show.

9. Dozens of unlikely acts have covered the theme song. 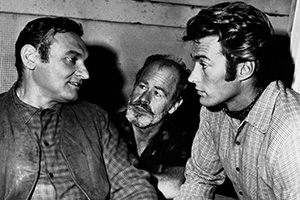 Singer Frankie Laine, pictured far left, appears in the episode "Incident on the Road to Yesterday." He sang the immortal theme song to the show. All sorts of musical acts would cover that classic cowboy tune over the decades, from punks (Dead Kennedys, the Meteors) to country singers (Johnny Cash, Riders in the Sky) to the Blues Brothers. Laine included the theme on his 1961 album Hell Bent for Leather! 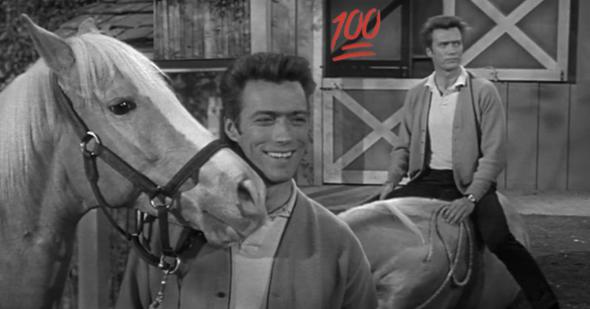 did you know?
Clint Eastwood shares this valuable life lesson he learned on Mister Ed

jaelinsmith40652 16 months ago
"Whoa!" "What a great true facts about Clint's fine interesting career that he had for me to watch all of those western movies and tv shows. For me to study because i love to watch western from the 20th century to the 21st century in old black and white and to color until the new cinematic productions came along, I like how the actress name Elizabeth Montgomery was in Rawhide. it was so nice and very awesome but she's like a very tuff lady that i see that she aims with a rifle but i'm more likely interesting knowing about guns and weapons though. Anyways i like Elizabeth Montgomery from (Bewitched) because she's a fine young actress that i'm familiar to know about her. But for Clint Eastwood i do now may like about him in (Rawhide) in 1959 - 1965.
Like Reply Delete