Learn how the Boston Celtics, Star Trek and the Rat Pack all link to the classic western series. 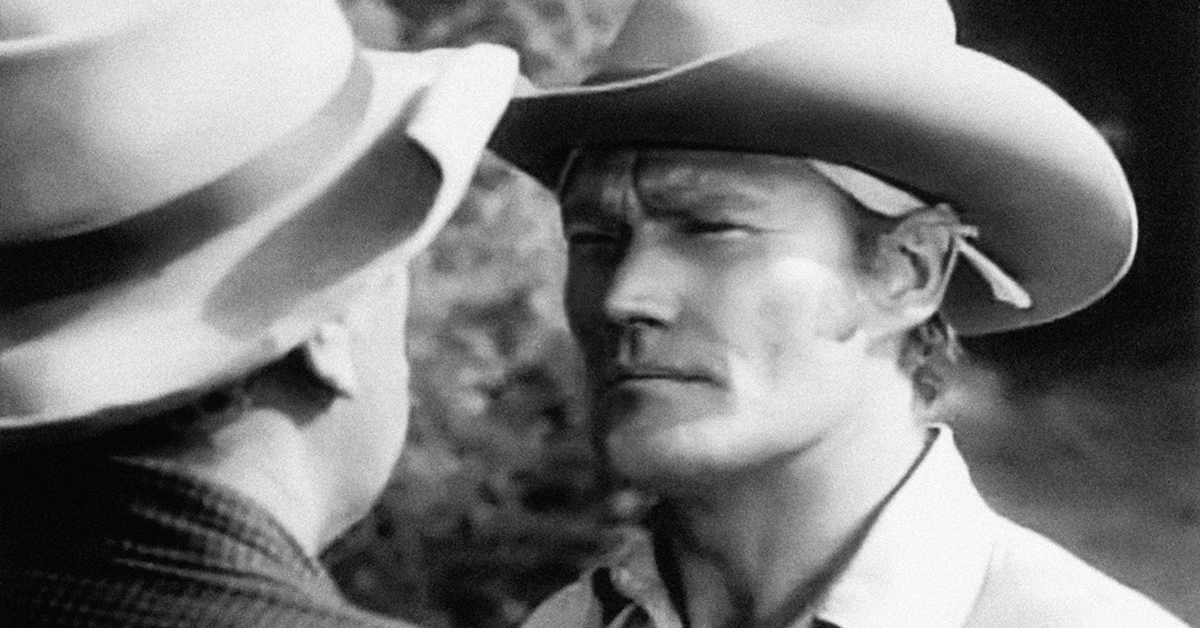 For years, people have said that the western is dead. They say the same thing about rock & roll.

The most American of genres, the western is a resilient art form. Cowboys will always be cool. Of course, westerns were certainly far more popular in the 1950s and 1960s. The genre thrived on television, where characters like Paladin, Rowdy Yates and Josh Randall sauntered across the great Southwest. Gunsmoke and Bonanza may have had astounding staying power, but perhaps no western was as beloved as The Rifleman, and no cowboy as revered as Lucas McCain.

The series ran for five seasons from 1958 to 1963. Here are some things you might not know about The Rifleman.

1. It was the first prime time series to depict a widowed parent raising a child. 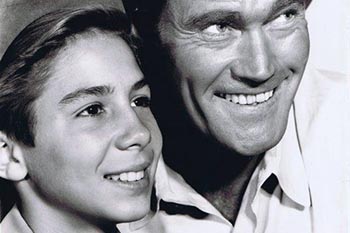 Lucas McCain (Chuck Connors) was a pioneer parent on American television. Steered by Peckinpah's hardy scripts, Lucas taught his young son, Mark, tough, honest lessons. The show's moral compass remains one of its great draws. A decade later, Diahann Carroll would break ground starring in her sitcom Julia, which was centered around a black single mother. 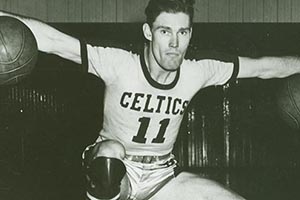 The Brooklyn native was on the first ever Boston Celtics squad in 1946. He left the team to join his boyhood heroes, the Brooklyn Dodgers. He eventually joined the Chicago Cubs in 1951 and played first base. Oh, and he was drafted by the Chicago Bears, too. Here's a great piece of trivia, basketball lovers: Connor was the first professional player credited with shattering a backboard. The tough guy thing is no act.

3. A young Dennis Hopper guest stars in the first episode. 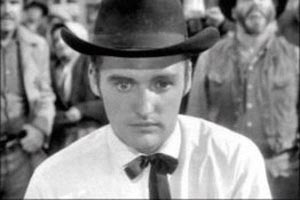 Keep an eye peeled for the pilot episode, "The Sharpshooter." In it, Hopper plays — you guessed it — a sharpshooter. The actor would return in another episode, "Three Legged Terror," as a different character. Paul Fix, who would later play Marshal Micah Torrance in the series, appears as an uncredited doctor tending to Hopper in the pilot. 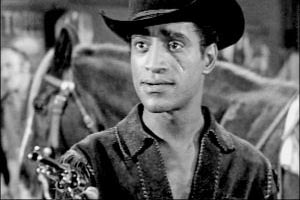 The Rat Packer pops up late in season four as Tip Corey, a deadeye with a deadly reputation. The song and dance man was pretty nifty with a pistol, too. His quick draw and spinning skills are no joke.

5. The pilot episode script was written by Sam Peckinpah for 'Gunsmoke.' 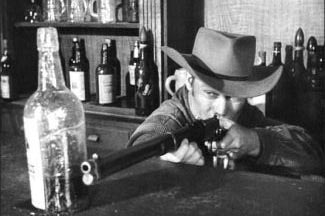 Gunsmoke rejected the script due to content. Instead, it became its own show. If Gunsmoke had filmed the script, what might have been — or never have been? There were significant differences in the original teleplay from the final product. Most notably, McCain did not have a son. Many characters were based on Peckinpah's experience growing up on a ranch. That root realism led to a show which was harder-boiled and grittier than the rest. Peckinpah wanted to keep pushing the boundaries of the western. However, he left after the first season and would go on to craft The Wild Bunch, Straw Dogs and other cinema classics. 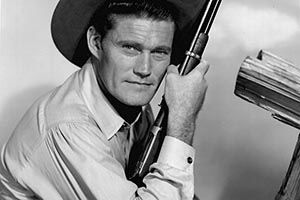 Oh, not only did he not have a son, he had a different name. Chuck Connors' character was named John McCain, not Lucas McCain. 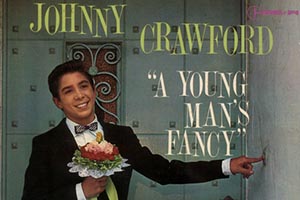 The actor, like many young television stars, was a teen heartthrob with a thriving music career. Crawford scored five Top 40 hits in the 1960s, the biggest of which was "Cindy's Birthday." The string-drenched love song peaked at No. 8 on Billboard's Hot 100 in 1962. 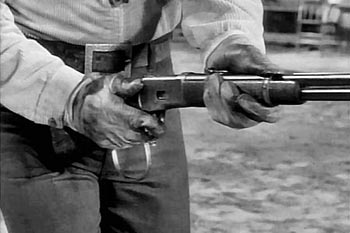 While the show had realism, it was not 100% accurate. This was TV after all. One of the major anachronisms was the rifle itself. McCain toted a nifty modified Winchester Model 1892 with a big ring lever, which allowed him to cock the gun by spinning it in his hand. Connors was left-handed, by the way.

9. Paul Fix was the doctor on Star Trek's Enterprise before Bones. 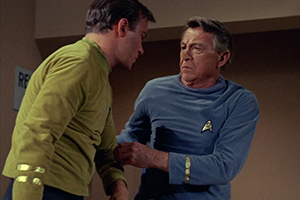 The aforementioned Fix has a place in Trek lore. After playing Marshal Micah Torrance, he appeared in the (second) pilot episode of Star Trek, "Where No Man Has Gone Before," as Dr. Mark Piper. When the sci-fi show was picked up by the network, Fix was relieved of his medical officer duties and replaced by DeForest Kelley. However, "Where No Man Has Gone Before" would be the third episode aired in season one, meaning Dr. McCoy appeared onscreen before Dr. Piper. 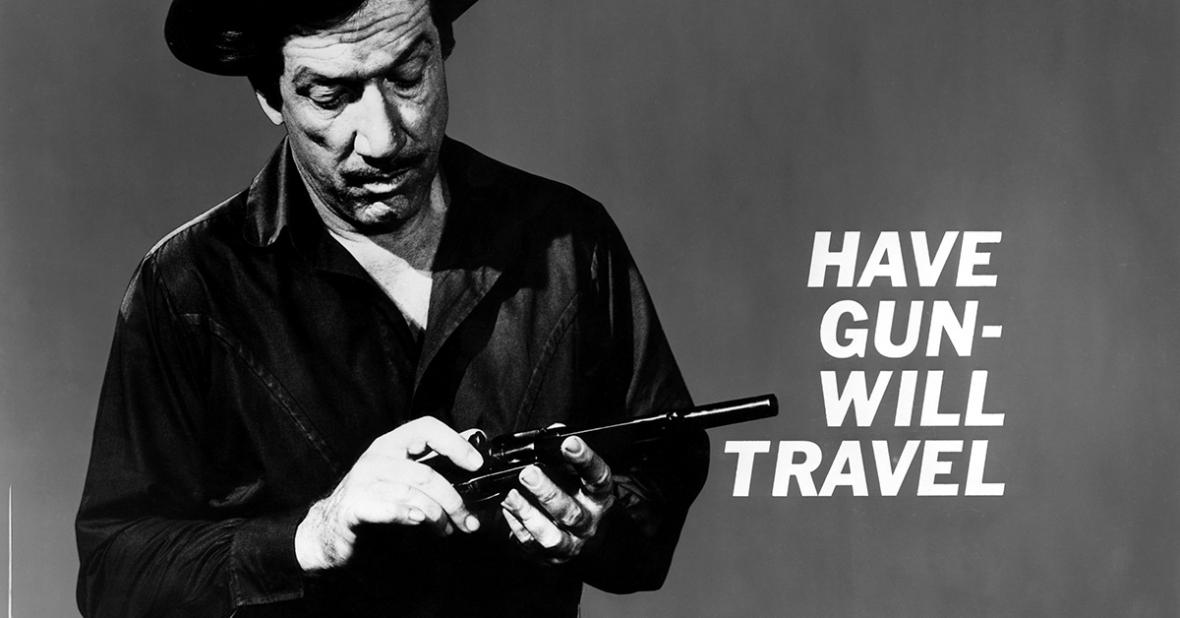 Did you know?
10 dandy facts about 'Have Gun - Will Travel'

quiz
Can you name these celebrity guest stars who appeared on Wagon Train?

news
Steve McQueen's long lost, beloved Mustang was discovered last year in a Mexican junkyard
Are you sure you want to delete this comment?
Close

electgal 29 months ago
Chuck Connors was ambidextrous.
Like Reply Delete 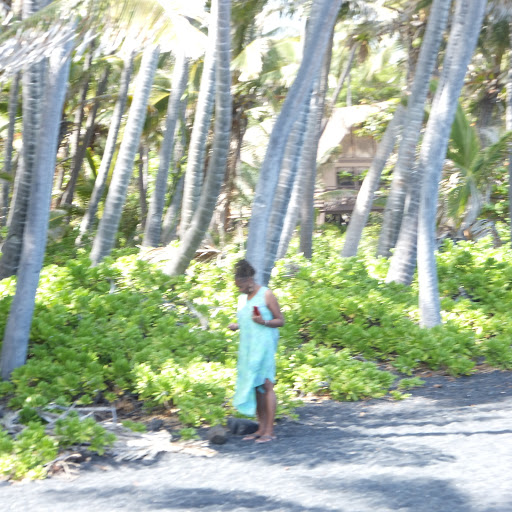 letitgo7 33 months ago
Did Lucas ever remarry or date?
Like Reply Delete

letitgo7 33 months ago
Did McCain ever remarry or date?
Like Reply Delete

RedSamRackham 34 months ago
* After Jean Hagan quit his sitcom Danny Thomas was a widower dad of Rusty and Terry before The Rifleman! ♣
Like Reply Delete

DwWashburn 34 months ago
How many people did he kill during the run of the show?
Like Reply Delete

GerrodKroll 47 months ago
#8 is incorrect. The Winchester Model 1892 was introduced in the early 1870's, not 1892. You're getting the model confused with the year. You should have done your homework on that one, not assumed anything.