Where To Watch Shop Store Contact
Home / Stories / The Reebok Freestyle was the first actual women’s sneaker
did you know?

The Reebok Freestyle was the first actual women’s sneaker

Did you own a pair? 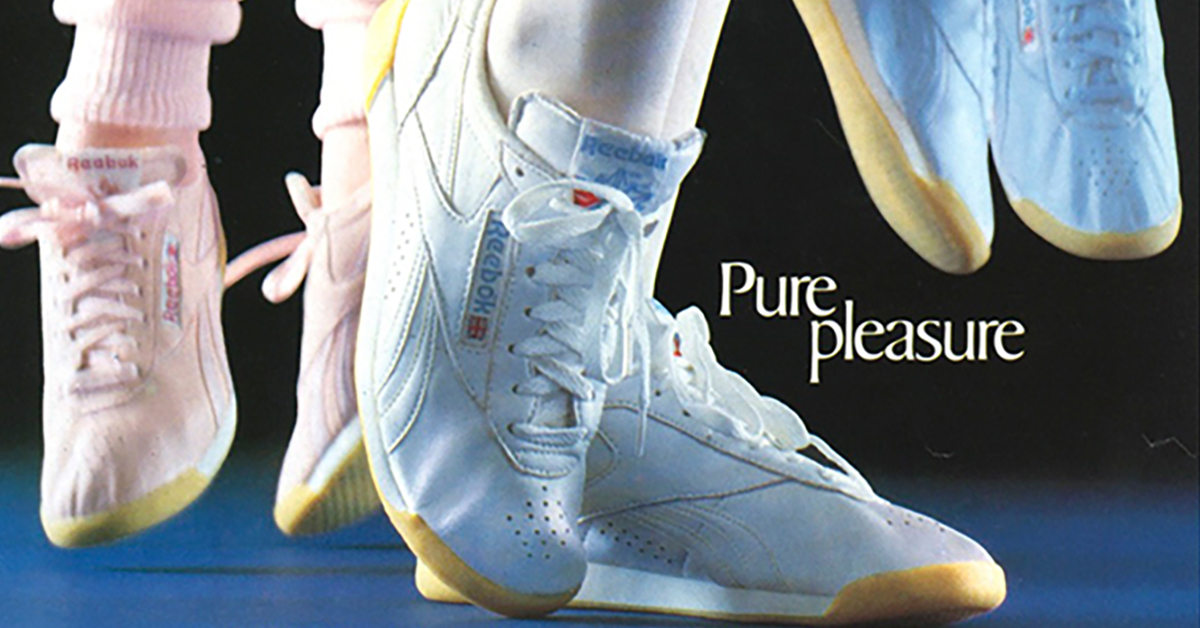 With the craze surrounding streetwear and the thousands of sneakers on the market, it’s hard to imagine a time before sneakers were an everyday fashion staple. However, that time really wasn’t that long ago. The classic Reebok Freestyle hit the market in 1982 and believe it or not, it was the first style of sneaker that was created and marketed to women. Not only did brands like LA Gear and Nike jump on board right away, upon realizing that there was a market for shoes that women could work out — and look good — in, but most women since have added multiple pairs of sneakers to their wardrobe. 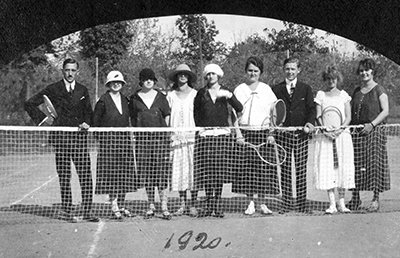 WikiCommonsThose shoes do not look comfortable,

According to the Smithsonian, women’s “sneakers” date back the 1920s, but they weren’t actually practical for any physical activity. They had a rubber sole… but with a heel. This was so female athletes could maintain their “femininity.” While flat shoes like Oxford and saddle shoes followed, they weren’t particularly athletic. Starting in the 1950s, women started wearing the same tennis and running shoes that men did. A good example would be the Nike Cortez, the shoe donned by Farrah Fawcett on her skateboard. 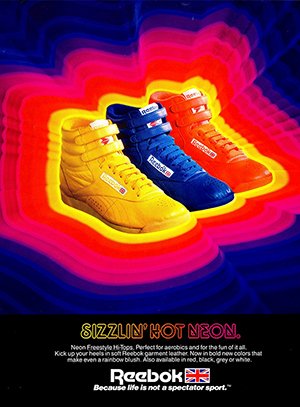 However, it wasn’t until the ‘80s that a sneaker designed for women entered the market: the Reebok Freestyle. Thanks to the aerobic craze, Reebok finally decided to do something no other shoe company was.

As you may remember, Jane Fonda’s earlier aerobics videos featured her in leg warmers, but barefoot. This was the norm in gyms and fitness centers as well, where many people complained of foot and leg pain after their class. But typical sneakers weren’t conducive to the sideways movement necessary in aerobics.

Complete with light, soft leather and lined with terrycloth, these shoes were perfect for mobility, and also on the street. They were the first athletic shoe to run in women’s sizes, and men's footwear needs were an afterthought.

The shoe originally just came in white, though many colors followed, and new limited edition colors are regularly released to this day. There was a low-top version that worked for tennis as well, and then a high top version with two velcro straps hit the market. What started as an order for 32,000 pairs, which sold out in days, it took just two years for the Freestyle to make up more than half of Reebok’s sales. 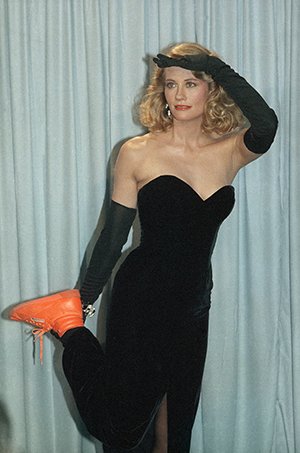 AP ImagesCybill Shepherd in her Freestyles.

While the practicality and comfort of the shoe was certainly a factor in its success, we can’t discount the celebrity power that also played into it. Musicians like Paula Abdul appeared in ads for the Freestyle and also rocked them stage, tween icon Punky Brewster regularly wore mismatched Freestyles and Cybill Shepherd paired some bright orange ones with her chic black gown and opera-length gloves at the Emmy Awards in 1985.

“Heels are a form of bondage,” she said. “I won’t ruin my feet.” Even the “All-American Barbie” had her Reeboks on. Of course, men eventually jumped on the Freestyle game as well, with a feature in David Bowie and Mick Jagger’s famous video for “Dancing in the Street.” Even rockstars need to be comfortable.

According to Sneaker Freaker, the iconic shoe sold for $49.99 in New York City, with tax adding up to $54.11… that’s right. That’s where the shoe’s nickname in the hip hop scene, “5411” came from. These days you can pick the iconic sneaker up for between $75 and $100, depending on the style, just about anywhere Reeboks are sold.