Where To Watch Shop Store Contact
Home / Stories / The real-life Floyd the Barber cut hair until he was 90 years old
Did you know?Mayberry

Andy Griffith himself might have been the only person who was not a fan of this Mount Airy institution. 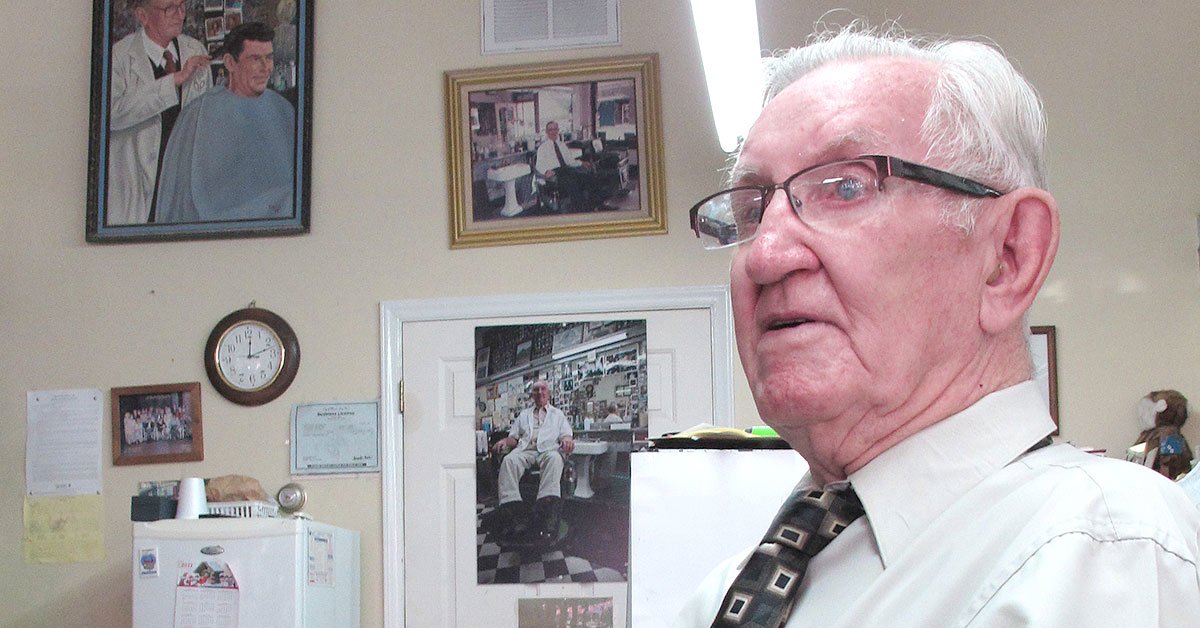 Mount Airy is the ultimate pilgrimage for the fan of The Andy Griffith Show. The North Carolina town was the model for Mayberry. It was the birthplace and hometown of Andy Griffith himself.

The actor's memories of home helped him shape many of the personalities, places and plotlines that were seen in the Mayberry. Some real-world locations made their way into the fictional town. In the episode "Andy the Matchmaker," early in season one, Sheriff Andy declares that the Snappy Lunch is one of his favorite local dining spots.

Yes, the Snappy Lunch exists in the real world, to this day. Andy Griffith Show fanatics trek there for a taste of their renowned pork chop sandwich. In his high school days, young Griffith would hang out there and chow, too.

Right next door to the Snappy Lunch on Main Street sits Floyd's City Barber Shop. For seven decades, barber Russell Hiatt snipped hair in that quaint barbershop. Years ago, he even cut Griffith's hair from time to time. More than 20,000 pictures covered the walls of his shop. If you look closely, one of them shows the sitcom star sitting in the chair back in the day. 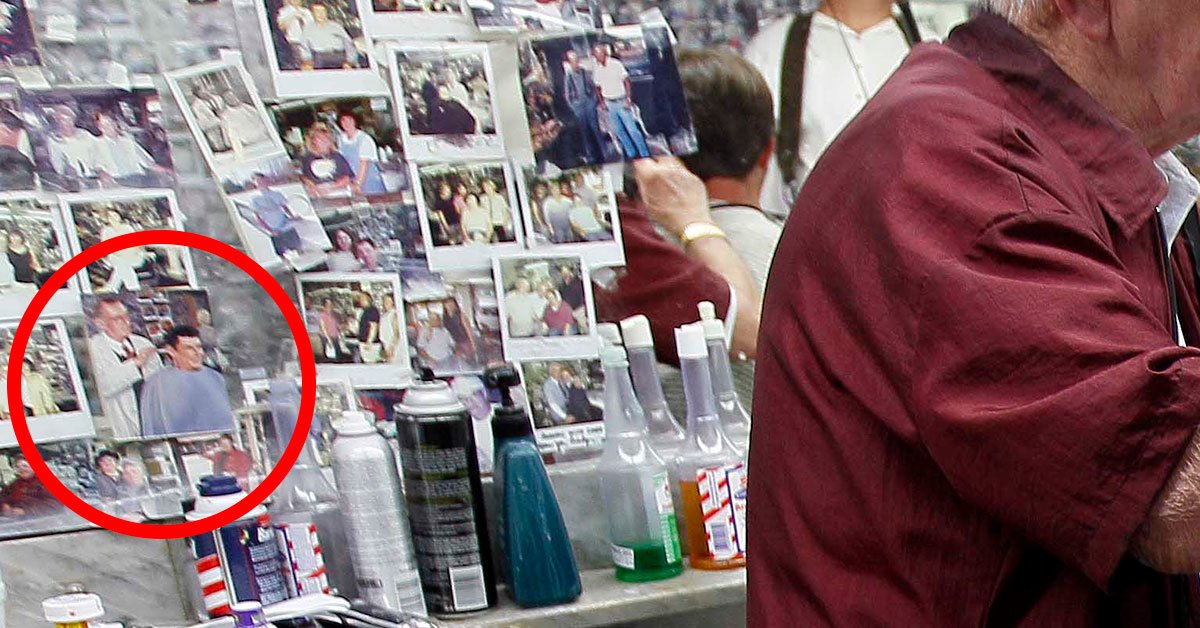 On the television series, Howard McNear portrayed fan-favorite Floyd Lawson for seven seasons, sticking with the show following a stroke until health issues forced him to retire. (Walter Baldwin first played the character for a single episode, "Stranger in Town," before McNear took over the role.)

Hiatt outlived both McNear and Baldwin.

However, in 1998, Griffith himself stirred up controversy and emotions when he somewhat dismissed his roots in an interview with the Archive of American Television. 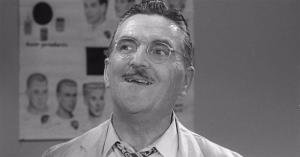 Did you know?1960sAunt Bee
6 little snippets you never knew about Howard McNear of The Andy Griffith Show

"[Folks back home] think that I based the show on Mount Airy," Griffith said. "I've argued about this too long. I don't care. Let them think what they want." (To make matters worse, he declared he only ate hot dogs at the Snappy Lunch, not pork chop sandwiches.)

The actor became more pointedly blunt when speaking about Hiatt. "There's a barber up there who says he cut my hair when I was a child. Hell, he'd have to be 115 years old."

Jump to the year 2014. Hiatt was celebrating a milestone.

"This is just my life. I love it, and you don’t do anything unless you love it," Hiatt told The Mount Airy News on the occasion of his 90th birthday.

He retired shortly thereafter. Two years later, in May 2016, Hiatt passed away. "He had more friends than anybody I know," Jim Clark, president of the Andy Griffith Show Re-run Watchers Club, told The Mount Airy News at the time.

Regardless of what Andy Griffith said in interviews, Hiatt's former shop remains a tourist attraction.

GuyFromNC 11 months ago
Go to YouTube and look for the video of the dedication of the Andy Griffith Parkway which is just a section of U.S. 52 near Mount Airy that was named for him. It was dedicated in October of 2002. For someone who was all big and bad and didn't care what people thought in his interview with the Archive of American Television (recorded in May 1998), he had sure changed his tune when he had to stand in front of the people of Mount Airy and North Carolina when accepting the honor of a highway being named after him. He does a complete turnaround from the previous interview four years prior. I'm guessing that being back in his hometown and with family and people he grew up with all around him, it humbled Andy a bit. It is no secret that Andy took an extra helping of credit when it came to TAGS. But in all honesty, it was Sheldon Leonard and Aaron Reuben that came up with the concept of the show, and it was a truly talented cast and excellent writers that made the show so successful. Andy Griffith was a talented actor. No doubt there. But he was just one of many that made that show successful.
Like Reply Delete

JeffSchafer 29 months ago
Andy Griffith: "There's a barber up there who says he cut my hair when I was a child. Hell, he'd have to be 115 years old."

Sounds like they both exaggerated quite a bit, although he could have cut Andy's hair as a kid, not a professional barber.

Katch 29 months ago
If Russell Hiatt said he cut Andy's hair....he did. He was the kindest, nicest man ever. I would visit with him once or twice a year when I came to Mt. Airy and he always remembered me. He loved everyone who visited his shop and everyone loved him. He made everyone feel like they were the best customer he ever had. And while Andy Griffith was a wonderful actor..... he wasn't Andy Taylor....nor did he have to be. It would have been nice....but he still gave us this incredible character - Andy Taylor.....whom we love so much. And I'll always be grateful for that!
Like Reply Delete

denny 35 months ago
I love TAGS, but I've read Andy wasn't the nicest person to be around. An old curmudgeon is what most have said about him. Average people who met him in a hardware store etc...
Like (1) Reply Delete

RoseWinkler 35 months ago
He died after Andy Griffith died and Andy was in his late 80s when he died, so Andy was right about this barber not being old enough. My mom is 95 & she was in her 30s when the Andy Griffth show was on. Just saying.
Like Reply Delete