He also played Mr. McBeevee on The Andy Griffith Show, so he and Ron Howard go way back. 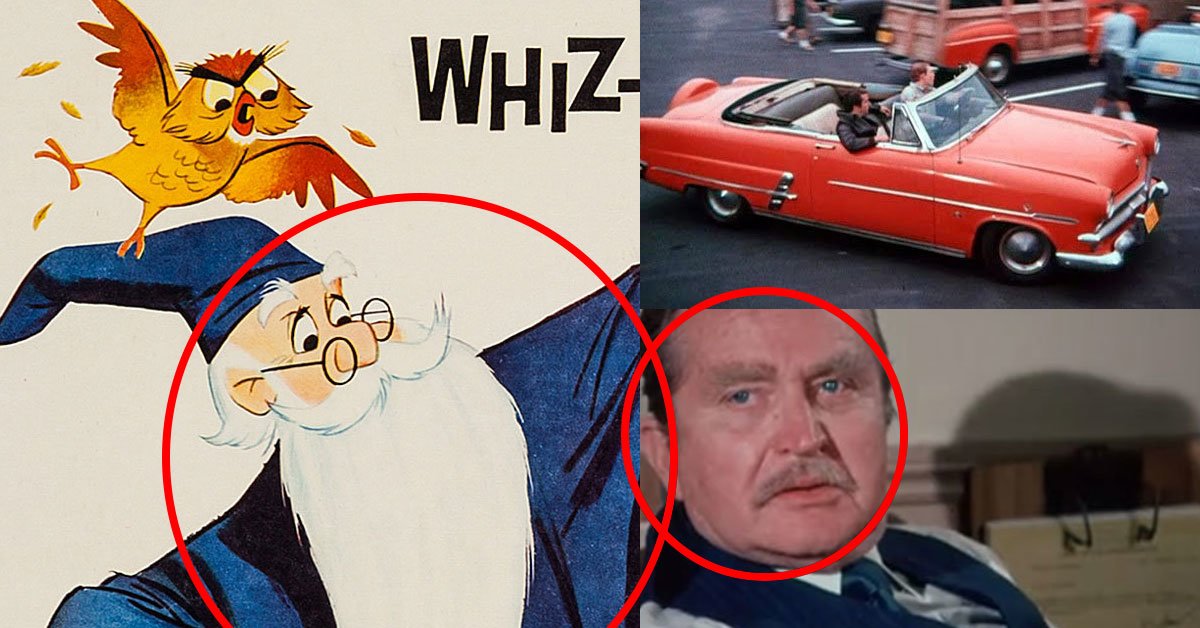 For Happy Days' second season, it was about time that Richie Cunningham got his own set of wheels. To the delight of everyone in the audience with a pulse, his dad, good old Mr. C, didn't just get his son any junker. He agreed to buy a slick, fixed-up hot rod from Fonzie, a "'52 red Ford convertible."

For Richie, everything is going just great with his new ride. He immediately sets up a date with a girl named Gloria (Linda Purl), and she even agrees to go out again. The only problem: Between the two dates, Richie finds out that the hot rod is wanted by police.

This happens when Richie's in the garage checking out the car after it gets a "nice, respectable blue" paint job. A hapless police detective walks in, asking about a stolen car with the license number F-7193. That just so happens to be the plate Richie can read right in front of him on his new car.

In the end, Richie — the honor student who troubles over making the right decision — ends up hauled down to the police station, wearing his horsey pajamas.

Next time you watch "Richie’s Car," though, take a closer look at the police sergeant behind the desk in the station. He's such a minor character that he's not even given a name. You still might not recognize a beloved character that this actor played, but just wait until he speaks.

It would take a magically attentive fan to know that the police sergeant who eventually lets Richie off the hook is an actor who transformed to play Merlin in the Disney animated movie The Sword in the Stone.

Karl Swenson was a prolific character actor who appeared on TV from the 1950s through the 1970s, including guest spots on shows like Perry Mason, Gunsmoke, Wagon Train, Have Gun – Will Travel, Leave It to Beaver, Alfred Hitchcock Presents, and Gomer Pyle: U.S.M.C.

Fans of The Andy Griffith Show know him as Mr. McBeevee, Opie's supposed imaginary friend, so you can say Swenson and Ron Howard go back.

His longest TV role was playing Lars Hanson on Little House on the Prairie. Within a week of his first appearance on that show in 1974, his appearance on Happy Days hit the airwaves.

Now you can connect all the dots when you catch this classic Happy Days episode, and maybe chuckle knowing that the actor who helped a poor boy become a king in the cherished cartoon movie is the same guy who gave TV prince Richie Cunningham his first real run-in with the law.

NewsObituaries
R.I.P. Marge Redmond, the friendly Sister Jacqueline on 'The Flying Nun'
Are you sure you want to delete this comment?
Close

ShanyM 6 months ago
I'll always remember him as Mr. Hanson on Little House on the Prairie

AnnaRentzVandenhazel ShanyM 6 months ago
I remember when he died. It was talked about on the radio all day. The following week, Little House on the Prairie aired the episode where Mr. Hanson died. He must have wanted off the show because he was in poor health.

Also, I caught a blooper on LHOTP a couple of years ago. Charles Ingalls greeted him, "Hi Karl!" His first name on the show was Lars. 😀
Like Reply Delete

Mike 26 months ago
Going back earlier than the '50s, Karl Swenson was a star on old-time radio, specializing in dialects.
His best-known roles were as Lorenzo Jones, a bumbling inventor on a daily comic soap opera, and a detective/master of disguise called Mr. Chameleon.
It's too bad that Karl Swenson is no longer alive; he would have been ideal for one of your "I'm all over ME" spots - guest shots in many shows from your inventory.
Like Reply Delete

MrsPhilHarris Mike 26 months ago
I'm going to check out Mr. Chameleon to see if it's available for listening.
Like Reply Delete

Non__Cents 26 months ago
Karl Swenson was a frequent guest on "Hogan's Heroes", usually as a scientist working for the Nazis.
Like (2) Reply Delete

teire 26 months ago
Loved The Sword in the Stone and the book it was based on.
Like Reply Delete

harlow1313 teire 26 months ago
I finished T.H. White's "The Once and Future King," earlier this year. I loved the first section, "The Sword in the Stone," but was disappointed in the other sections.
Like Reply Delete