Where To Watch Shop Store Contact
Home / Stories / The millionaire, and his life.
birthdays

The millionaire, and his life. 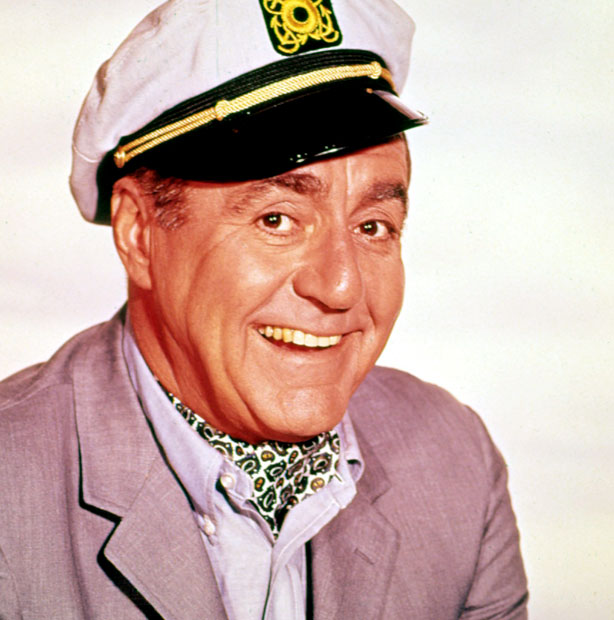 Today marks the birthday of the great Jim Backus, who was born February 25, 1913 in Cleveland, Ohio. Best known for his role as millionaire castaway Thurston Howell III on Gilligan’s Island (right here on Me-TV, Monday through Thursday at 8PM/7C and Saturdays at 11AM/10C: he'll also show up on The Love Boat from time to time, Sundays at 2PM/1C), he was of course also beloved by generations for giving voice to the nearsighted namesake of the classic cartoon, Mr. Magoo.
He had a lengthy and, to say the least, well-rounded career: there are a number of actors who performed on radio, Broadway, movies, and television, but when you add cartoons to that list, the group is suddenly much more exclusive. Oh, and he also wrote books and had a recording career of sorts, which we’ll get to later.
Movie and TV roles arrived for Backus in the late ‘40s, and The Thurston Howell character had its roots in some of the ‘upper crust’ characters Backus portrayed in ‘50s radio shows like The Jack Benny Program, The Mel Blanc Show (where his vain character was given the awesomely appropriate name of Hartley Benson) and The Alan Young Show (likewise, as Hubert Updike). He had his own short-lived, eponymously named radio show in 1957, and co-starred with Joan Davis in I Married Joan, portraying her husband, the Honorable Bradley Stevens.
Here's the Magoo character being used to sell GE lightbulbs: 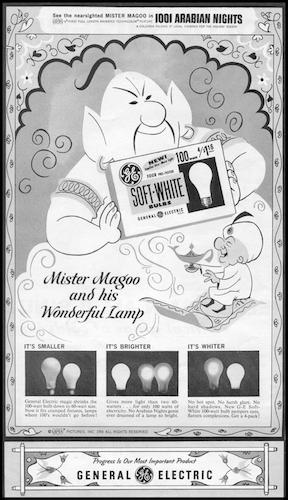 In 1955, he famously portrayed Frank Stark, ineffectual father of the explosive and troubled teenaged Jim (James Dean) in Rebel Without a Cause. Of course, the film is loaded highly charged and emotional scenes, but one of our favorite moments is when Dean slips in a brief Mr. Magoo impression, drunkenly uttering the line, “Drown ‘em like puppies!”
Magoo was first seen in a 1949 theatrical cartoon short, The Ragtime Bear, and Backus continued to give voice to the character as late as 1977 when the series was revived by the noted Depatie-Freleng production company. Only sixteen episodes made it to air.
With decades of service already under his belt, it was landing on Gilligan’s Island that cemented Backus’ legacy among viewers worldwide, and he appeared in the subsequent reunions. Backus and his TV wife Natalie Schafer, revived their roles one final time in this commercial for Orville Redenbacher’s Popcorn.
Now, on to that recording career of his! One of our favorite things to do here at The Me-TV Monitor is to dig up musical artifacts from the careers of our stars. We’re not here to mock, we’re not here to dismiss, honestly. We just find these things kind of fascinating. Here’s one we remember from our late nights listening to Dr. Demento on the radio when we should have been resting up for school the next day. It hasn’t lost one bit of its weird charm. Enjoy Jim Backus & Friends with “Delicious”.