"I knew he wasn’t a psychiatrist, but he just seemed so real in the part." 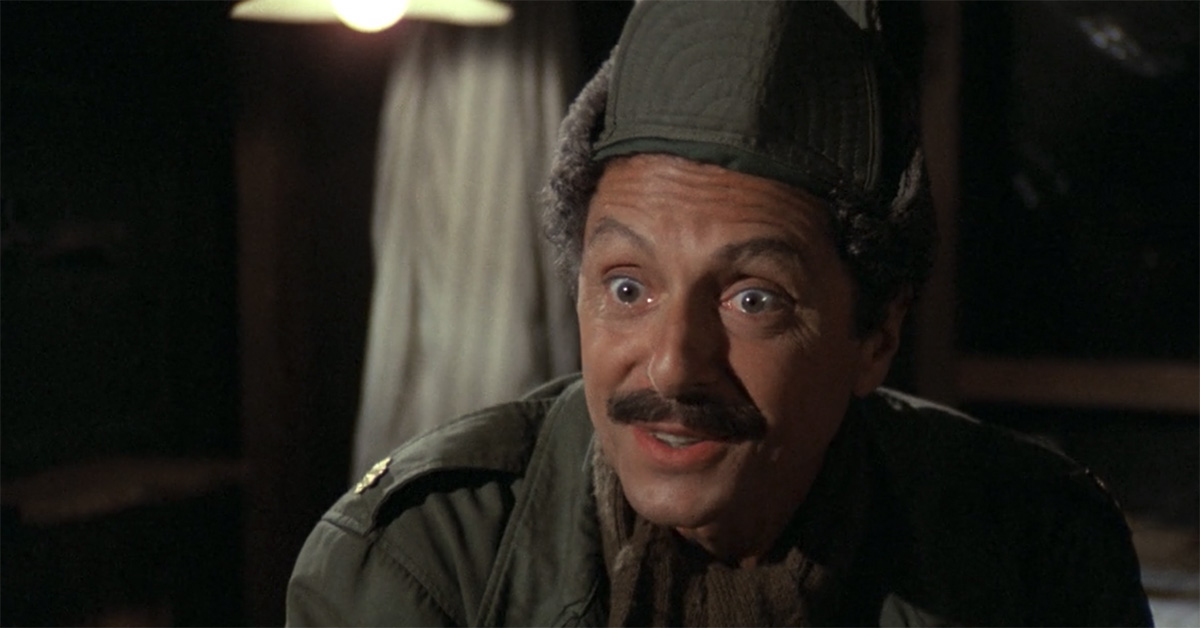 On M*A*S*H, Sidney Freedman was a special sort of doctor in the camp, the psychiatrist on hand to help recovering soldiers in his own way. Portrayed by the great actor Allan Arbus, Freedman appeared in 12 episodes, helping the wounded, of course, but also evaluating and advising the cast, from giving Margaret social advice to advising Klinger on ways he could get discharged.

In an interview with the Archive of American Television, M*A*S*H star Jamie Farr (Klinger) described his character's funny dynamic with the camp analyst, "It was so wonderful when Allan Arbus, who played the psychiatrist Freedman, would come in and do an analysis of him. And if he’d say something that to Klinger would say, “Okay, you can get out this way,” Klinger’d say, ‘Oh, no no I’m not getting out that way. I’ve got to get out my way. That’s disgusting, the way you want me to get out!’

But on the set of M*A*S*H, it was Alan Alda who was likely Arbus' biggest fan. Alda delighted in the character so much that he once got a story idea for a powerful episode that would revolve around the camp psychiatrist. He wanted to show Freedman wrestling with depression due to everything he's witnessed in his career, and to find this doctor at his lowest point, making the decision to write an imaginary letter to the legendary psychoanalyst Sigmund Freud.

Alda told the Archive of American Television that at first, executive producer Gene Reynolds thought his show's star was crazy to consider such a heavy concept. Alda fondly recalled how the episode "Dear Sigmund" came together:

"That’s one of my favorites. It’s important to me, because I think that I managed to accomplish a lot writing it. It was a difficult show to get Gene to let me work on and let me do. I got this idea for this story about this psychiatrist becoming depressed and to get out of his depression, he writes a secret letter to Sigmund Freud, in his imagination. Freud is, of course, dead by this time." Alda continued, "Gene said, ‘No, this is a mistake. Don’t do this. Because if you ask an actor to play depressed, it’ll be depressing for the audience.’ So I took that to heart."

Challenged by Reynolds, Alda found a solution: He'd write Freedman as outwardly cheerful, so viewers weren't just watching a man hit his low point. Alda said, "It really confirmed this for me and made me go in this direction, which was that the guy is fighting his depression and on the surface, seems cheerful. But he’s got a lid on it and is kind of trying to hold it down. And that helped make that work, but it is a danger if you ask an actor to play somebody depressed. The first tendency is to get morose and slow."

Luckily, Alda didn't have just anybody playing the psychiatrist Sidney Freedman. He had Arbus, and Alda said that Arbus was so convincing in the role that he would actually go to the actor between scenes and try to have some of those heart to hearts we saw onscreen in the real world.

Alda remembered, "Allan Arbus who played the psychiatrist Freedman, I just loved his work. And I wanted to write for him. I was so convinced that he really was a psychiatrist that I used to sit and talk with him between scenes. As if he was a psychiatrist! And after a couple of months of that, I noticed he was giving me these strange looks, like how would I know the answer to that? You know? But he just convinced me." Watch these highlights from Arbus' convincing portrayal below:

Now, on the cast of M*A*S*H, Alda's acting ability is basically untouchable. The highly acclaimed actor won Emmys and Golden Globes throughout the entire series run. But based on Alda's reaction to Arbus, you could almost argue Arbus was the most convincing actor on set. Alda said emphatically, "I knew he was an actor. I knew he wasn’t a psychiatrist, but he just seemed so real in the part." 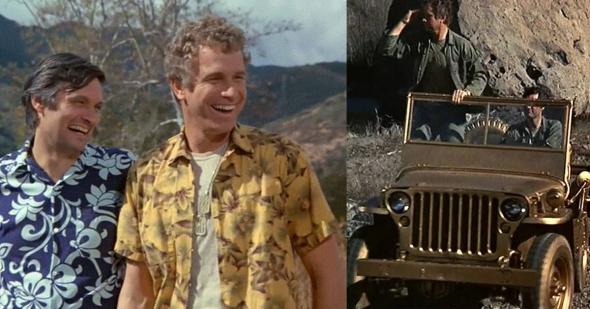 nostalgia
Alan Alda and Wayne Rogers shared this ritual before every on-location shoot on M*A*S*H
Are you sure you want to delete this comment?
Close

stephaniestavropoulos 47 months ago
When I read how many times Allan Arbus was on M*A*S*H, I was surprised. I felt {once I saw the total,} that AA was on M*A*S*H more than that. Like Howard Morris only appeared 5/6 times as ERNEST T. BASS, it felt like it was more often. Did/does anybody else feel this way about AA? {That he appeared more often than he actually did?}
Like (1) Reply Delete

Pacificsun stephaniestavropoulos 47 months ago
True. The impression a talented supporting actor leaves behind! They just make that role their own!
Like (1) Reply Delete

Pacificsun 47 months ago
I just saw an episode of M*A*S*H couple of weeks ago where Hawkeye seemed to be going off his rocker (acting out in very strange ways). So much so, it would almost appear to be a dream sequence. My estimate is that is how the writers chose to exhibit Hawkeye's depression (the futility of war, his sense of alienation). I'm pretty sure B.J. was affected one time too, where he was missing his wife and child terribly. He added more anger to the episode actually. It's not like the Show didn't or wouldn't touch the subject. But it had to be done so in a fairly entertaining (curious) way for the audience to accept the episode.
Like (1) Reply Delete