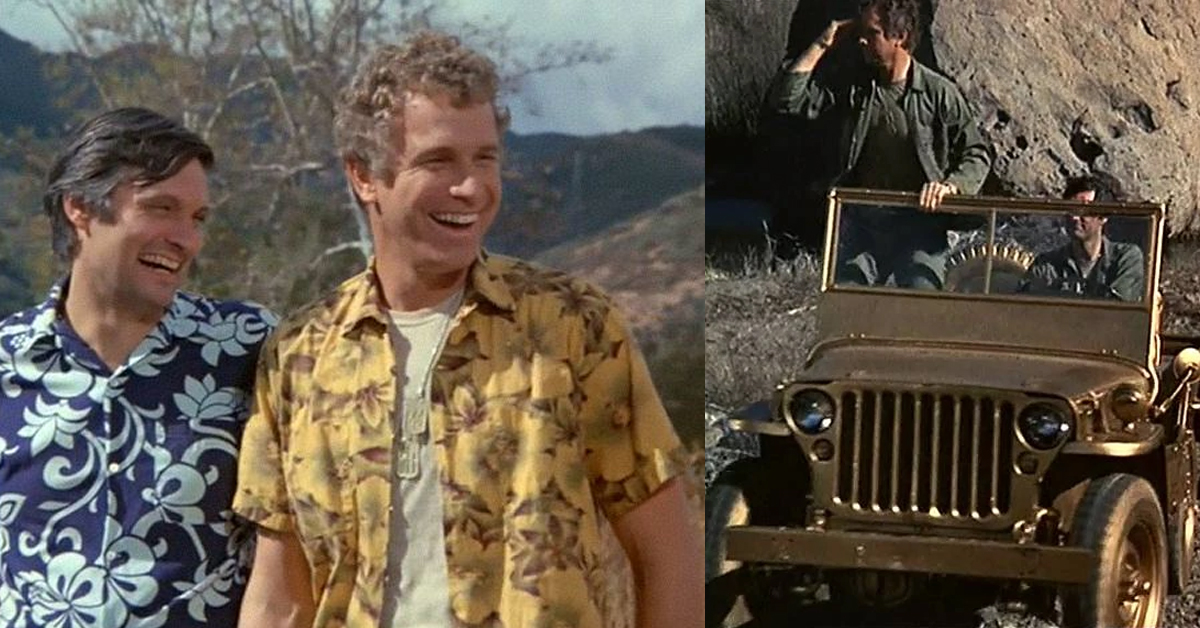 The camaraderie between Alan Alda's Hawkeye Pierce and Wayne Rogers' Trapper John made M*A*S*H a ton of fun to watch right from the very start. And while their high jinks in the camp are likely the most memorable, the show also transported the duo to different settings to take their amusements even further.

According to Alda in his book Never Have Your Dog Stuffed: And Other Things I've Learned, the M*A*S*H stars established a funny little ritual before these on-location shoots that sealed their bond behind scenes, too.

As Alda tells the story, Rogers really didn't like having to drive to the different locations, so Alda agreed to do all the driving. The trade, however, was that if Alda was driving, Rogers had to help him figure out the meaning to his dreams.

Alda wrote, "Wayne Rogers' little quirk was that he didn't like to drive, and I'd give him a lift when we went out to location. My quirk was that on the way, I would tell him my dreams and let him interpret them for me."

One of these dreams ended up becoming a solid inside joke for the set buddies. Alda says the dream found him acting in a scene, when the director pushed him to climb atop an armoire to deliver his lines. It sounds a little silly, but Alda insists in the book this was a nightmare for him, and he wanted to understand what it meant. Alda recalls what Rogers said to him in response: 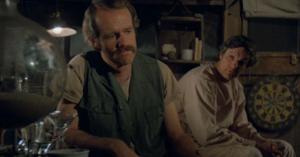 did you know?1970s
Alan Alda and Mike Farrell’s competitive friendship altered the course of this memorable M*A*S*H episode

"This is very important. Directors are always asking us to do these unbelievable things to make it easier to shoot. Your dream is telling you to resist them. Don't give up reality. Don't do an armoire."

From that point on, Alda says "Don't do an armoire" became code for bending too far to director requests that sacrificed the show's gritty nature.

He says any time a director pushed either actor in rehearsal to "do something completely improbable for the convenience of the camera," the stars would whisper to each other those words of encouragement, "Don't do an armoire," which is perhaps better translated to us civilians as "Stick to your guns."

Although Rogers eventually left behind the M*A*S*H ensemble to pursue more time in the spotlight as a star, his influence likely persisted as Alda began to fill more roles on set, including director on 32 episodes. We can bet once Alda switched hats and became the one pointing the camera, he never forgot what it meant to be asked to "Do an armoire" and continued elevating the show, not for the convenience of the camera, but for the power of the performances the M*A*S*H cast was so famous for.

LakeNeuron 11 months ago
I never had the pleasure of meeting Wayne Rogers, but he was a faithful alumnus of The Webb School, a prep school located in my little rural Tennessee county. I worked for the local newspaper for 35 years, and after Wayne Rogers passed I talked to several people associated with the school to do a story. He and his wife were quite generous -- but they were always more interested in funding scholarships than brick and mortar, making sure that any child who would benefit from the Webb experience could afford it. He was one of the school's board members for many years and they said he contributed a lot to the discussion -- of course, he went into business after leaving the entertainment industry and became quite successful.
Like (1) Reply Delete

Utzaake 33 months ago
"Armoire" is a word usually associated with Seinfeld and the Soup Nazi episode in particular.
Like Reply Delete

ttenchantr Utzaake 14 months ago
"Armoire" is actually a word usually associated with a piece of furniture going back hundreds of years.
Like Reply Delete

BradSwann 33 months ago
The first 3 seasons of MASH were fantastic, the next 2 seasons passable, the last 6 were largely insufferable.
Like (4) Reply Delete

MrsPhilHarris BradSwann 33 months ago
I tend to agree.
Like Reply Delete

Pacificsun BradSwann 33 months ago
Once a long-standing series becomes too self-aware, meaning trying to top itself, the original magic can disappear! Sometimes duration (though infrequently) "can" lead to some creativity and a little experimentation. But generally duration begins to stray from the original concept (premise) that attracted viewers in the first place. The number of seasons that M*A*S*H lasted was phenomenal, but maybe was not in the best thing of its own good!
Like (2) Reply Delete

CouchPotato19 BradSwann 33 months ago
Is that because Alda was directing more?
Like (1) Reply Delete