Where To Watch Shop Store Contact
Home / Stories / The Keebler elf was once the mayor of Mayberry
Did you know?

The Keebler elf was once the mayor of Mayberry 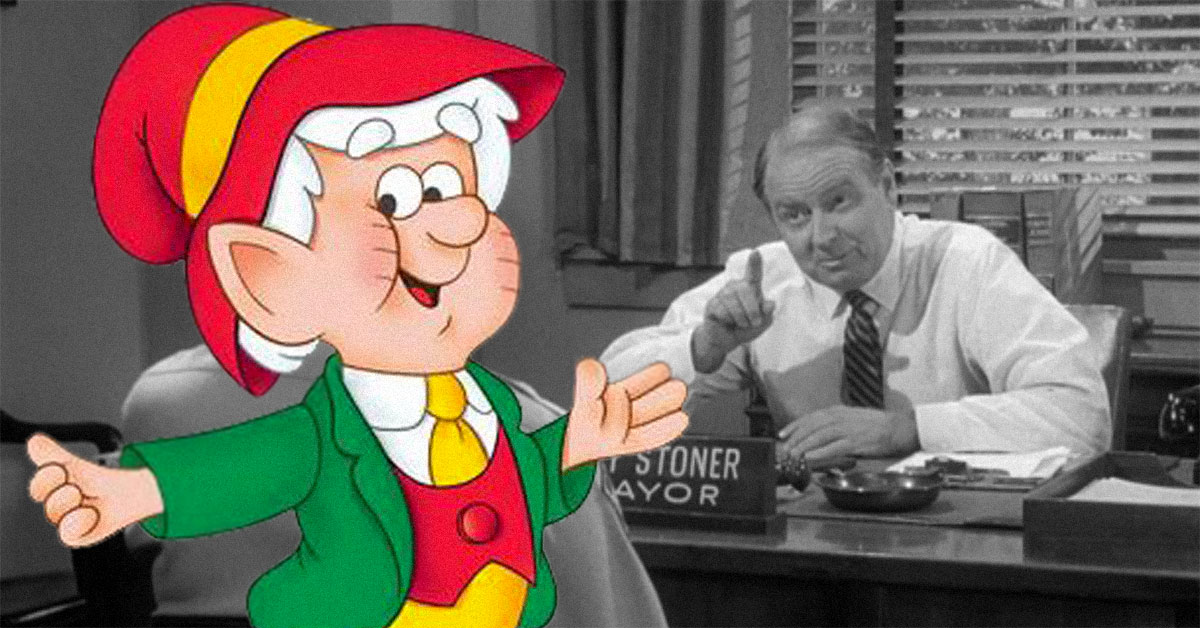 If your stomach starts to growl as you watch The Andy Griffith Show, it's understandable. From fried chicken to fruit pies, the classic sitcom comes filled with Southern cooking, mostly thanks to Aunt Bee. (Well, perhaps her pickles will turn off your hunger.) The housekeeper even started a Chinese restaurant, Aunt Bee's Canton Palace, and hosted a cooking show, Mayberry Chef. Back when the show originally aired, the actors even appeared in commercial skits for sponsors like Post Cereals.

Mayor Stoner, introduced early in season three with the episode "Andy and the New Mayor," was the second municipal government leader seen on the series. Dick Elliott, a cheerful, roly-poly actor known for portraying Santa Claus in cinema, played the first mayor, Mayor Pike. His appearance and personality seems to have perhaps been an influence on the Mayor of Halloween Town seen in The Nightmare Before Christmas. After 11 episodes in the first two seasons, the character was replaced.

Former circus ringmaster and animal trainer Parley Baer stepped into the Mayberry mayor's office. Baer came up from the ranks of radio. For years, he voiced Marshal Matt Dillon's sidekick Chester on the Gunsmoke program. Later, he played the farmhand Eb on Granby's Green Acres, the radio precursor to Green Acres.

On television, Baer's first major recurring role came on The Adventures of Ozzie and Harriet, where he played a neighbor named Darby. For decades, he turned up in small roles on dozens of shows, everything from Hogan's Heroes to Mad About You.

But you best recognize him as an elf.

The Keebler Elves date back 50 years. The advertising agency Leo Burnett, king of the product mascot, came up with the characters in 1968. At first, J.J. Keebler was the king of "the Hollow Tree Factory." In 1970, Ernest "Ernie" J. Keebler became the elf in charge in the cartoon commercials. Baer voiced Ernie from 1969 through 1997, helping sell treats like Rich'n Chips cookies and Fudge Sticks.

Walker Edmiston later voiced Ernie. He also had fascinating TV credits to his name, including voicing the alien Balok in the classic Star Trek episode "The Corbomite Maneuver." An alien played by Clint Howard of The Andy Griffith Show.

Somehow, it always comes back to Andy.

StevenThompson 36 months ago
I knew Parley and he told me once he would have loved to have stayed on Andy's show forever. The problem was that the Mayor wasn't in every episode. He said he'd go weeks without his character being needed. He wasn't getting paid during that time but his bills kept coming in so he had to take other gigs and then wasn't available for Andy. "Thank GOD for Keebler!" he added.
Like (1) Reply Delete