Did you catch the small tribute to the original Grandpa Walton in ''The Foundling''?

July 25, 2022, 3:19PM By MeTV Staff
On Now
The family laughs along to a Charlie McCarthy radio bit in the first episode of The Waltons!
Up Next:
Share

The very first episode filmed for The Waltons was “The Hunt” about John-Boy’s struggles on his first turkey shoot. While it’s a great episode, and features Gunsmoke town drunk James Nusser as Jake the Junkman, it aired fourth. The story chosen to introduce audiences to (the series version of) the Walton family and their mountain home was the touching tale “The Foundling.”

It shows the family’s caring nature, and the conflicts that can arise between siblings, when a girl is left on their doorstep. They soon realize that young Holly is deaf and teach her sign language to communicate. Kami Cotler, who played youngest Walton daughter, Elizabeth, still remembers the finger spelling she learned as a seven year old!

"The Foundling” kicked off The Waltons series, but audiences first met the seven Walton children in the 1971 TV movie The Homecoming: A Christmas Story. The kids — Richard Thomas, Jon Walmsley, Judy Norton, Mary McDonough, Eric Scott, David W. Harper and Kami Cotler — all starred in the special and the show. But the only adult to appear in both was Grandma Walton herself, Ellen Corby.

John, Olivia, the Baldwin sisters, Ike Godsey, and Sheriff Bridges were all played by different actors in The Homecoming. Will Geer is famous for embodying Grandpa Walton in The Waltons, but the lovable patriarch was played by comedian Edgar Bergen in the TV movie.

Bergen never appeared on The Waltons but his presence is definitely felt on the show. “The Foundling” features a hidden connection to the early Hollywood star that only longtime fans would notice. 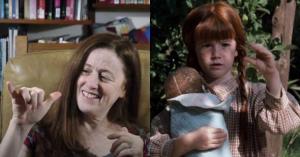 Before playing elderly types in the Sixties and Seventies, Bergen became a household name performing on the radio in the 1930s. He had a ventriloquist act with the puppet of a witty boy named Charlie McCarthy. The fact that Bergen became a hit with a ventriloquist act on the radio is a testament to his talent. Audiences cared more about the voice and characterization of Charlie and less about whether they could see Bergen performing.

Because the height of Bergan and Charlie’s popularity coincides perfectly within the time period of The Waltons, the show was able to pay a small tribute to the original Grandpa Walton in the first episode.

As pointed out by Judy Norton in a video for her YouTube series revealing behind-the-scenes stories, the family laughs along to a Charlie McCarthy radio bit in “The Foundling.” It shows the alienation Holly feels because she can’t hear what everyone else is laughing at.

It’s a crucial moment important to the story of the episode. It’s also an under-the-radar connection to The Homecoming meant for the biggest Edgar Bergen fans, and a nostalgic look at the entertainment of that 1930s, something The Waltons did so well. 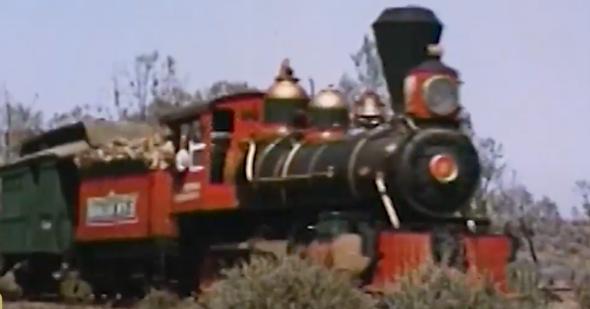 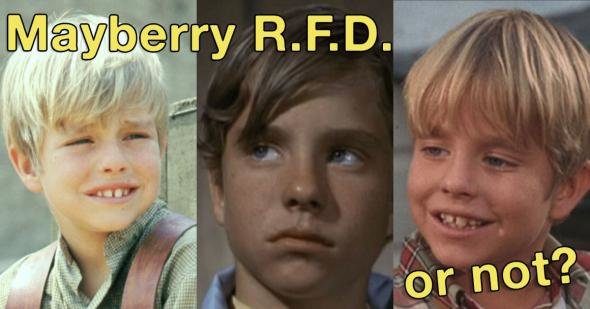 1960s1970s
Can you tell if these images of Buddy Foster are from Mayberry R.F.D. or something else?
Are you sure you want to delete this comment?
Close

Michael 17 days ago
In the first season opening, John Boy comes first, and John sr arrives home with a radio. But that's not in an episode. So was it filmed for the intro, or filmed for an elisode but not used?
Like Reply Delete

LoveMETV22 Michael 17 days ago
It appears that it was used for the opening or intro. The radio is shown in that episode.
Like Reply Delete

15inchBlackandWhite 17 days ago
Edgar Bergen was of course the father of Candice Bergen of Murphy Brown. The whole idea of a ventriloquist on the radio has always escaped me.
Like Reply Delete

LoveMETV22 15inchBlackandWhite 17 days ago
The power of radio for those back at that time. Yes, you can't see their lips moving. LOL. I think people were more interested in listening to Edgar Bergen and the characters he acted with.
Like Reply Delete

Mike 15inchBlackandWhite 17 days ago
If you get a chance, Listen to any of Edgar Bergen's radio shows (or watch any of the movies he made with his dummies).
Although he maintained a dignified demeanor, Edgar Bergen had a wicked personal sense of humor; he had a deep friendship with W. C. Fields, and did many radio shows with him, where Charlie McCarthy would trade wild insults with W. C.
When Fields passed on, Bergen eulogized him warmly.
As to his ventriloquial skills, Bergen , by his own admission, wasn't that good at not moving his lips - in fact, he (and Charlie) often joked about it , on radio, in movies, and later on TV; it was one reason that Edgar Bergen was a beloved performer for all his life.
(I haven't even mentioned his many dramatic performances in all media.)
Like Reply Delete

Michael 15inchBlackandWhite 16 days ago
And Charlie was Candice's brother.
Like Reply Delete

KendallMarine 18 days ago
Love The Waltons. Especially Grandma and Grandpa. Love Ellen Corby when she returned to the show after her real life stoke. Amazing piece of acting. Loved the way the grandparents interacted with each other.
Like Reply Delete

MrsPhilHarris 18 days ago
Does John-Boy struggle at the turkey shoot because he is a terrible hunter or because he can’t kill an animal? 🦃 If the second, wasn’t he a little old for his first shoot?
Like Reply Delete

Michael MrsPhilHarris 17 days ago
Not if he didn't want to shoot animals.

There's some odd stuff in the first two or three seasons. Or may e later it becomes odd. The episode with the CCC boy, John Walton pulls a gun on him. He almost thrashes Ben when he uses John B oy's car and some takes a joy ride and causes an accident. They take up guns when their mountain cousins are being evicted.

It seemed to get tamer with time.

So maybe they wanted to show John Boy's hesitation (then bravery when he shoots the bear), but thought for audience it was better to use the eldest.
Like Reply Delete

MrsPhilHarris Michael 17 days ago
I barely remember the first episodes. It’s interesting how characters start out one way and morph into someone else. 🤔
Like Reply Delete

LoveMETV22 Michael 14 days ago
Yes. Speaking of odd stuff, in the episode " The Hunt" where John Boy has to shoot the bear, that scene is a combination of stock footage of a bear, and Jon Walmsley (Jason) in a bear costume, they did have someone else but that didn't work. Judy Norton explained it in one of her " Ask Judy" segments. Amazing they made the scene look realistic.
Like Reply Delete

LoveMETV22 18 days ago
1st episode," The Foundling" is on tomorrow.
Like Reply Delete