The superheroes and super villains teamed up to defeat the castaways. 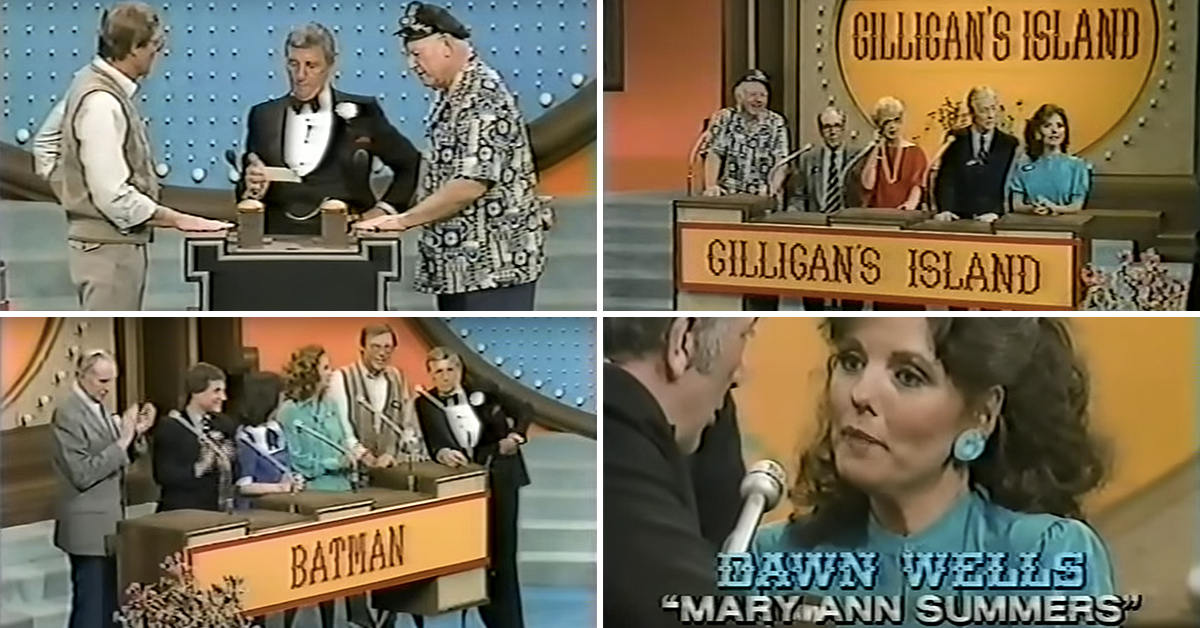 Crossover episodes aren't that uncommon. Since the advent of the television industry, networks and studios would cross promote their shows through special crossover episodes in order to increase ratings.

Although crossovers are fairly common, sometimes they can be bizarre. That's the case when it comes to this 1983 episode of Family Feud.

This wasn't a traditional crossover episode with a plot and dialogue. Instead, the popular game show brought together the casts of two classic television shows for a good, old fashioned showdown.

On the other side stood the "Batman Family," which included Adam West (Batman), Burt Ward (Robin), Yvonne Craig (Batgirl), Lee Meriwether (Catwoman in the 1966 film) and Vincent Price (Egghead).

The cast members reunited to raise money for charity, but the free publicity probably didn't hurt either.

Legendary host and smoocher Richard Dawson emceed the program, kissing Wells on the lips not once, not twice, but three times.

For the rest of the show, the heroes and villains teamed up to try to defeat the castaways by coming up with answers to categories like, "Name something people buy before boarding a plane," or "Name the most relaxing thing you do."

Take it from us: It's a nail-biter until the very end.