Adam West, Burt Ward and some of the biggest superheroes reunited for this epically awkward special. 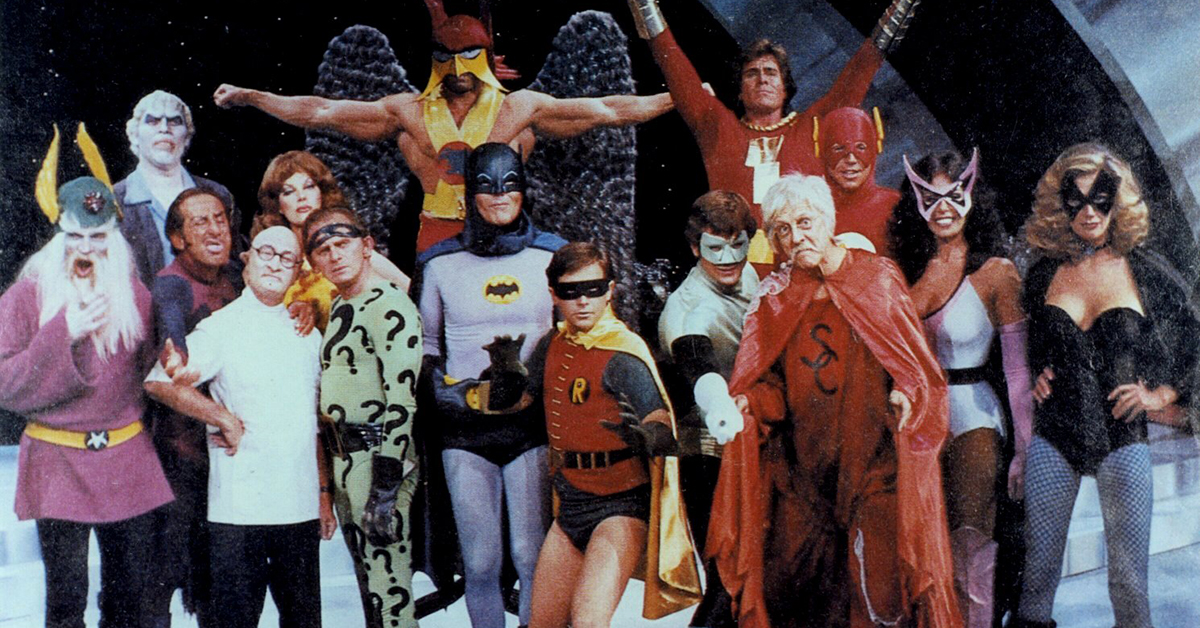 In an era with wonderfully bizarre variety specials, it doesn't get much weirder than Legends of the Superheroes. Hanna-Barbera produced the two-part special in 1979, which brought together a who's who of superheroes and villains.

The special certainly had the right elements to succeed. The late '70s saw the rise of superhero and sci-fi programming like Wonder Woman and The Incredible Hulk, as well as the Star Trek and Star Wars films. 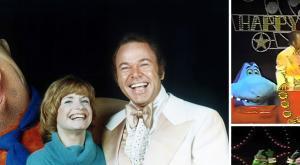 What made this special even more exciting was the inclusion of Adam West and Burt Ward, who reprised their roles of Batman and Robin from the live-action TV show. Even Frank Gorshin reprised his role as the Riddler. For every Batman fan, this was must-see TV.

The first special, titled Legend of the Superheroes: The Challenge, aired on January 18. In it, the Justice League briefly reunited for a party before the Legion of Doom announces they've hidden a deadly bomb. The villains then get the heroes to drink a potion that takes away their superpowers. That doesn't stop them from diffusing the bomb, saving the day and ultimately regaining their powers.

It certainly wasn't a terrible special, but it lacked the action necessary for a superhero gathering of that magnitude. Unsurprisingly, it tanked in the ratings, becoming the second least watched show of the week. This was bad news for Hanna-Barbera, primarily because they planned on airing another special the following week. But it wasn't an ordinary special: It was a roast.

Hosted by Ed McMahon, Legends of the Superheroes: The Roast was an hour long spectacle where the superheroes returned to hurl jokes at each other and do so much more. Comedian Jeff Altman (a variety stalwart) dressed as Flash adversary Weather Wizard to emcee and tell jokes, as the DC heroes acted in "comedy" skits that included Robin crashing the Batmobile. All in all, it was the sort of special only the 1970s could produce.

Legends of the Superheroes just goes to show you can throw as many superheroes as you want into a show — or movie — but if the story and plot isn't there, there's no chance of saving it. It's too bad that notion didn't die in 1979 when these specials bombed.

Legends of the Superheroes: Guest star - The Weather Wizard

This clip is from the 1979 show "Legends of the Superheroes".

AaronHandyIII 49 months ago
#HistoricalNote: However hokey it was, it still deserves honorable mention as the very first-ever live-action incarnation of The Justice League of America with The Green Lantern, Hawkman, The Huntress, The Flash, The Atom and The Black Canary all debuting in live-action.

Captain Marvel is portrayed here by a third actor, Garrett Craig, picking up where Jackson Bostwick and John Davey left off.
Like (1) Reply Delete

AaronHandyIII 49 months ago
This turned out to be Adam West and Burt Ward's final time in the tights. The downside to it being cheaply cut on videotape, and it showed. 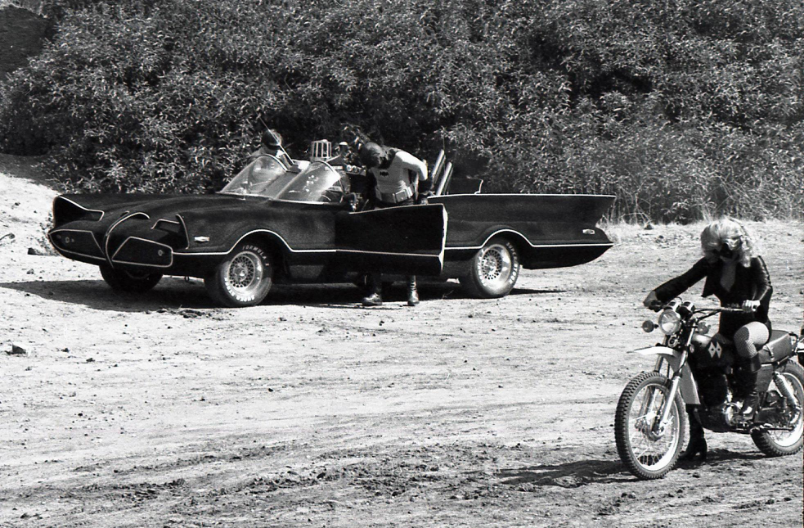 Even The Batmobile was low-rent! No bat-shaped door decals, an oversized Batbeacon on the strut, no rear windows, and flocked/fuzzy covering!

AaronHandyIII AaronHandyIII 49 months ago
Didn't help matters that it was on against CBS ratings powerhouse The Waltons...
Like (1) Reply Delete