Why the show ended, even though everyone agreed: "Sally Field is almost too good to be true."

After the success of the 1959 Gidget movie, prolific TV producer Harry Ackerman — who had a hand in some of the earliest hit sitcoms like Father Knows Best and Dennis the Menace — sat on the rights to turn it into a TV show for three years.

For three long years, he waited, because he knew the success of the TV show rode on who he cast to play Gidget.

He needed it to be the perfect girl.

By all accounts, Sally Field was that perfect girl.

She ended up doing four screen tests for Ackerman before she was chosen over 150 other girls to get the part because the network agreed: she was a "teenager who really looked like a teenager."

"Gidget was the kind of character I thought I’d like to be like, and I guess that showed in the auditions," Field told the Pittsburgh Press in 1965, expressing her bafflement that "I just walked out of high school and into this role."

She was only 18 when filming started. She was so young, she said, "My parents wouldn’t even let me wear make-up."

And though she got butterflies in her stomach to be acting in her first major role, she said that all she had to do to shake off the nerves was step into Gidget’s shoes.

"On the beach, talking to all the boys, I forget to get scared," Field joked.

When Field was cast, newspapers everywhere declared hers a "Cinderella story."

For Field, though, she wasn’t living a fantasy so much as confronting cold hard reality soon after her casting.

Although she knew how to surf before she was cast, her first order of business was taking lessons from a champion surfer in the middle of winter.

"I studied in December and January, and the water was very cold," Field told the Newspaper Enterprise Association in 1965.

After Gidget premiered that year, even critics who weren’t fans of the 1959 movie were charmed by Field, with one critic for the Fort Worth Star-Telegram writing, "Sally Field is almost too good to be true."

Field claimed she wasn’t really acting when she played Gidget.

"Gidget is my best friend; but I don’t think of it as acting," Field told the Los Angeles Times in 1966. "Oh, sure, I had to learn my lines, but on playing Gidget, I was just being myself."

Field said the beauty of Gidget was that there hadn’t really been a TV show focused on the growing pains that teens experience and that not only did she identify with Gidget, but most girls did.

"Most girls thought that Gidget was like themselves," Field said. "That’s the way I was, a regular teenager, except maybe for the relationship with parents. We all know it isn’t always that ideal." 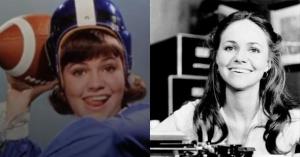 Did you know?
How Sally Field unexpectedly landed Gidget, and how it was much more than a career-launcher

Despite positive reviews, however, Gidget didn’t generate enough viewership and was cancelled after one season.

Fans wrote on average 10,000 letters every week demanding that Gidget get brought back. The network decided to give the show a second chance, airing summer reruns that found a wider audience.

It seems that Gidget is best viewed in summer, because many more fans tuned in, and supposedly the network seriously considered responding to fan demands and giving Gidget a second chance to generate ratings.

However, that was not to be.

Shortly after Gidget ended, Field came back to TV to star in The Flying Nun, which fared better. Then her career skyrocketed when she made the transition into full-blown movie star.

She likely never forgot how her old friend Gidget helped launch her to stardom, though.

In 1966, amid speculation that the network might possibly bring back Gidget, the actor said she knew in her heart that the show was already over because of a feeling she got on the very last day of filming.

"Even though we seemed popular, I had a feeling the show wouldn’t last," Field said. "In fact, I had sort of a premonition the night of our cast party – the day before we knew the series was cancelled. By some quirk of fate, I was the last to leave the studio. When I turned around and looked at the Gidget set, somehow I knew I’d never see it again." 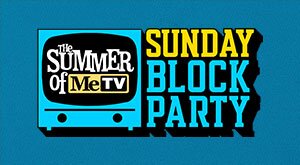 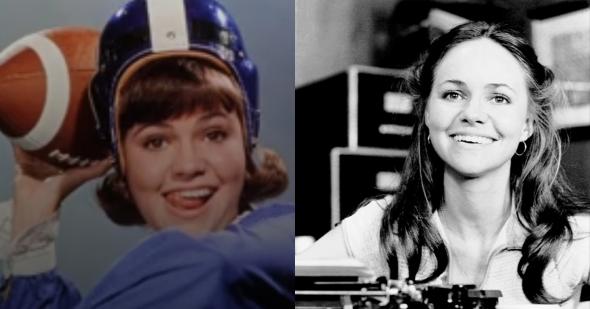 Did you know?
How Sally Field unexpectedly landed Gidget, and how it was much more than a career-launcher 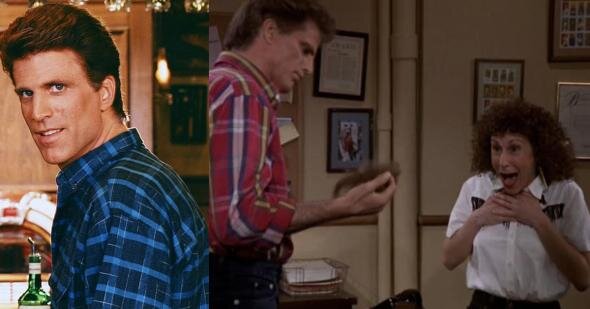 Did you know?
Ted Danson's toupee practically became its own character on Cheers 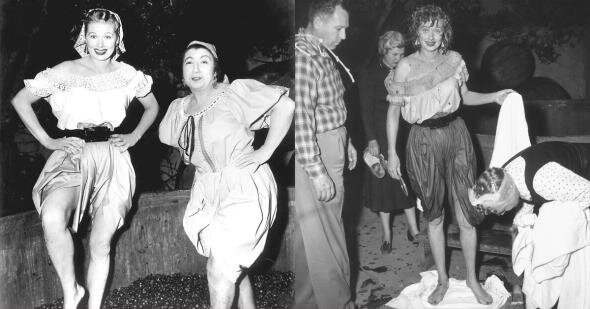 These candid photos show the messy aftermath of I Love Lucy’s famous grape stomping scene
Are you sure you want to delete this comment?
Close

ColleenBender 1 month ago
This show is really good. Thanks for putting it on, never have seen it before.
Like Reply Delete

UTZAAKE Mike 1 month ago
Any possibility that your real identity is Pearls Before Swine cartoonist Stephan Pastis?
Like Reply Delete

cperrynaples Mike 29 days ago
That joke is kinda off topic, but I loved it because it reminded me of those corny "If they married" one-liners they did on Laugh-In! I still watch the reruns on Freevee!
Like Reply Delete

Runeshaper 1 month ago
Beautiful story. "When I turned around and looked at the Gidget set, somehow I knew I’d never see it again" made me so sad, but I can tell that it meant a lot to Gidget/Field.
Like (1) Reply Delete

jaelinsmith40652 1 month ago
That's a shame I learned that gidget was a discontinued TV show in the 1960s.
Like (1) Reply Delete

justjeff 1 month ago
As the playright George Bernard Shaw once stated... "Youth is wasted on the young"... However, I think many of us - even for just a day - would trade much of our acquired wisdom for just one more "perfect summer"...
Like (2) Reply Delete

KJExpress justjeff 1 month ago
I know *I* would. 😎
Like (1) Reply Delete

justjeff Lmaggie51 1 month ago
I'd love to relive the summer of my avatar (1972)... I might have had long hair and a beard... but I was a skinny 20 year old, women were attracted to me, and you didn't need a lot of money to have a good time...
Like Reply Delete 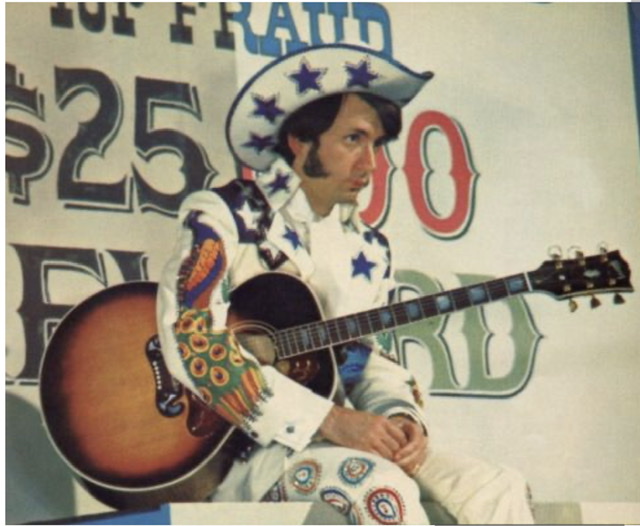 Oh and and keeping with the Monkees theme, if Carmen Miranda married Davy Jones, she’d be Carmen Jones.

(Or she could marry Lin-Manuel Miranda and not have to change her name at all! 😆)
Like Reply Delete

lynngdance lynngdance 1 month ago
P.S the pic is from this scene in “33 & a Third Revolutions Per Monkee”. Probably my favorite scene from it. 😄