The final season episode featuring Girl Talk was so iconic, they reunited the band in the reboot.

During the final season of Full House, an episode aired that, apart from the Beach Boys episode, might be the favorite episode for music fans of the entire series.

"We Got the Beat" found Uncle Jesse beaming with pride when Stephanie Tanner announced she’s starting her first band with her best friend Gia.

Stephanie names her band Girl Talk, then recruits a drummer and Kimmy Gibbler on keyboards. The band has only one week to prep before a talent show, and under Uncle Jesse's management, they think they've got a good shot at winning an appearance.

What's likely most memorable about this episode is the song that Girl Talk chooses to play for their audition.

In 1994, the year before this episode aired, the Swedish pop group Ace of Base topped charts with their hit song "The Sign." Billboard dubbed "The Sign" the No. 1 song of 1994.

It's no surprise then that Full House chose this popular song to feature in the episode, and Stephanie Tanner singing lyrics to "The Sign" is basically one of the most Nineties images you can think of for Nineties kids.

The episode became so cherished that later when the sitcom got rebooted as Fuller House, writers made a point to reunite Girl Talk for another performance of "The Sign." 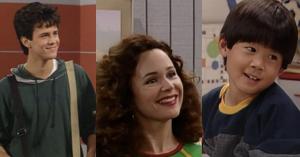 Can you name all these boyfriends and girlfriends in Full House?

They even got the actor who played Stephanie’s best friend Gia to come back and reprise her role.

According to Sweetin, the original drummer Melissa Clayton wasn't available for the reunion because, at the time, she was one of the drummers who tours with Beyonce. According to IMDb, Clayton passed away the next year after the reunion episode.

On Fuller House, big sister D.J. fills in on drums for the reboot band reunion.

Although "We Got the Beat" is arguably the most iconic episode for the character of Stephanie Tanner, Sweetin told Newsday in 1994 that her favorite episodes were the ones where the whole cast traveled to Hawaii and Disney World.

For young Jodie, who grew up on Full House, the show ended when she was 14 and just getting ready to go into high school.

The network's decision to cancel the show wasn't due to any slip in popularity, but because the salaries for the sitcom stars had gotten too high.

It was hard news for Sweetin, who thought of the cast as a second family, and she told The Chicago Tribune in 1995 how bummed out she was when the news came that the show was ending.

After the last episode wrapped, the cast did get together for one final meal, though.

"The cast went out to dinner," Sweetin said. "It was nice. It was sad, but I'm going to try to keep in touch with the people as much as I can."

For fans of the original Full House series, it was perfectly executed TV nostalgia, with one fan writing a review that insisted, "The band reunion wouldn't have even been worth it if Gia had been recast."

These are the kinds of Full House super-fans that Sweetin loves to hear from most.

"I think Full House has some of the best fans in the world," Sweetin said. 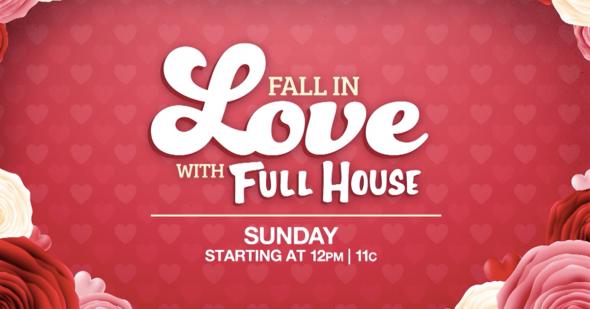 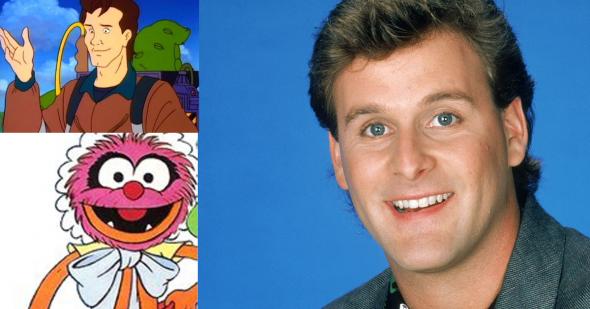 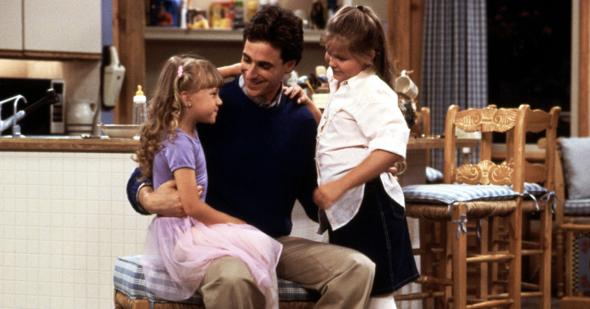 What's your favorite Danny Tanner moment?
Are you sure you want to delete this comment?
Close

Don 9 months ago
This story is a year off on Jodie's age. She was born in January 1982, meaning that she was in seventh grade, not eighth, when "Full House"
ended.
Like Reply Delete

eugenebelvinandmoosefan8 9 months ago
TV Characters Whose First And Last
Names Rhyme :
1 Ralph Malph (Happy Days)
2 Melvin Belvin (Happy Days)
3 Beaver Cleaver(Leave It To Beaver)
Does anyone else out there know of
any other TV characters OR actors
whose FIRST Name and Last Name
Rhyme ??
Like Reply Delete

TheSentinel cantorpennerandpeeweefan 9 months ago
If such a reunion movie were made, Randolph Roberts would have to play Chuck because Gavan O'Herlihy (the original and best Chuck) is now gone.
Like Reply Delete

vinman63 9 months ago
Goes to figure Full House is a Brady ripoff and Ace of Base is an ABBA ripoff.
Like (1) Reply Delete

Rob 9 months ago
I dislike both Full House and Ace of Base so I give this story two thumbs down!
Like Reply Delete

JosephScarbrough 9 months ago
Wow, I had no idea this song was that old. I hear it a lot of times on one of our local radio stations that plays mostly newer and contemporary songs (not necessarily a top 40 station, but you get the idea). I also could've sworn that the lyrics were, "I'm so sorry," instead of "I saw the sign."
Like Reply Delete

MDCSWildcats1986 JosephScarbrough 9 months ago
I also remember the song from an ad for Texaco with a group of parrots beak-synching the song atop a giant Texaco sign. Ever since then, I have called the ad the "Swedish Parrots" ad.
Like Reply Delete

Runeshaper 9 months ago
Must have been tough not really being able to say "goodbye", but it is AWESOME that they got the band back together! It was cool of Sweetin to try to keep in touch with her fellow castmates.
Like Reply Delete

Maybe this will save them the trouble.
Like Reply Delete

Pacificsun Pacificsun 9 months ago
I think it's hard to put a finger on why this show (like Monk) doesn't seem to represent true classic TV fare as is come to be expected. FH a family, so is Brady Bunch. Both are fantasy world sitcom material. Could it be, just because one situation is more probable than the other? And that rather than being situationally driven, FH depends upon the cuteness (read that in italics) of "sooo" many characters?


For that matter, Monk is pretty improbable too.
Like (2) Reply Delete

harlow1313 9 months ago
The only thing that might have made this cool would have been had they covered The Shaggs' rhythmic, "My Pal Foot Foot."
Like Reply Delete

Maverick66 9 months ago
Hate to tell ya, MeTV, but there's absolutely nothing about this show that is iconic.
Like (6) Reply Delete

vinman63 Maverick66 9 months ago
Ironic os that it’s not Iconic.
Like Reply Delete