Someone has to celebrate the 40th anniversary of "Disco Duck"

Take a quack moment to remember this unlikely No. 1 hit. 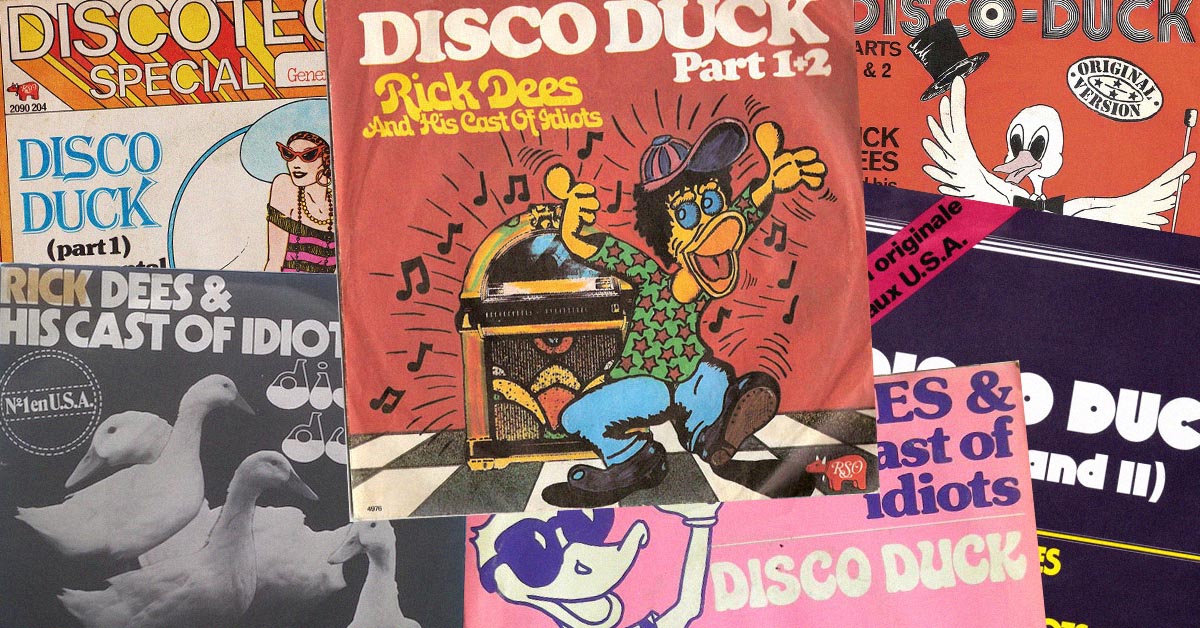 If you consider "Disco Duck" to be the most annoying song of all time, ponder this: It could have been much, much bigger. Forty-million-copies-sold bigger.

The novelty tune was used in a scene of Saturday Night Fever. Thus, it was slated for inclusion on the film's soundtrack. However, the manager of Rick Dees, the deejay behind the unlikely hit, nixed the idea. He believed it would cannibalize sales of Dees' album. Oops.

Still, "Disco Duck" had remarkable success for track with a tongue so deep in its cheek that, well, it talked like Donald Duck. When Billboard published its weekly Hot 100 chart on October 16, 1976, "Rick Dees and his Cast of Idiots" were sitting at the top. (Just above "A Fifth of Beethoven." It was a unique time in pop music.) The waterfowl-themed dance cut spent a mere week at No. 1 before slipping down a spot for a few weeks — and then further into the public subconscious and the novelty-hit hall of fame. 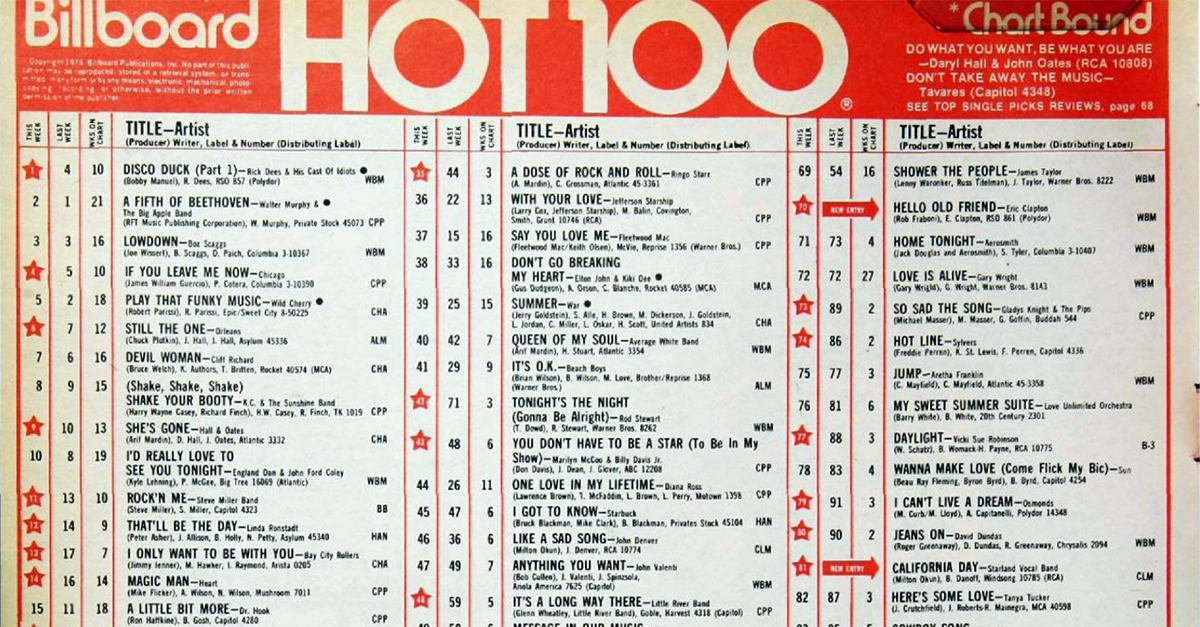 But in the fall of '76, "Disco Duck" was ubiquitous. Well, everywhere but Memphis. The song had a rough time in Dees' home base. At the duck's conception, the 26-year-old radio personality was working at WMPS-AM.

The station barred Dees from playing his silly disco ditty. The other Memphis stations kept the song off the airwaves, as well, not wanting to promote the employee of a rival station. He did not remain employed for long, however. When Dees simply talked about "Disco Duck," he was axed for conflict of interest.

No worries! Dees was soon lip-syncing the song on American Bandstand, alongside a duck puppet.

Urban legend had it that Clarence Nash, the original voice of Disney's Donald Duck, was the man behind the quacks. A quick read of the record's sleeves would have shown that it was in fact Ken Pruitt, a friend of Dees, providing the duck's voice.

A few months later, Dees searched the animal kingdom for another hit and released "Dis-Gorilla." Alas, the Kong-inspired follow-up only managed to climb its way to No. 56 in February 1977. We are assuming nobody will write a remembrance piece for that one. 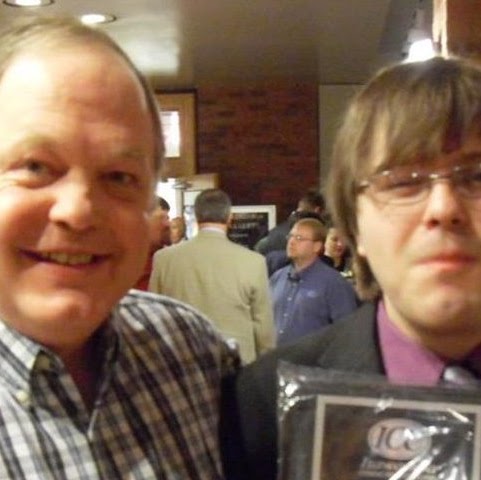 Patrick 27 months ago
I was in Memphis then and remember it vividly. Another thing worth pointing out is that when Dees appeared on "American Bandstand" to promote "Disco Duck", it wasn't seen on the Memphis ABC station at the time, WHBQ-TV (now a Fox station).

For several years, WHBQ pre-empted "American Bandstand" in favor of Memphis wrestling. So if you lived in Memphis and wanted to see "Disco Duck" on "American Bandstand" (or any other episode of AB, for that matter), you had to get the ABC station in Jackson, TN (WBBJ) or KAIT out of Jonesboro, AR.
Like Reply Delete