Where To Watch Shop Store Contact
Home / Stories / Shirley Temple's cousin painted the Ponderosa map seen in the Bonanza credits
Did you know?1960sWesterns

Don't worry, they didn't set fire to the original artwork. 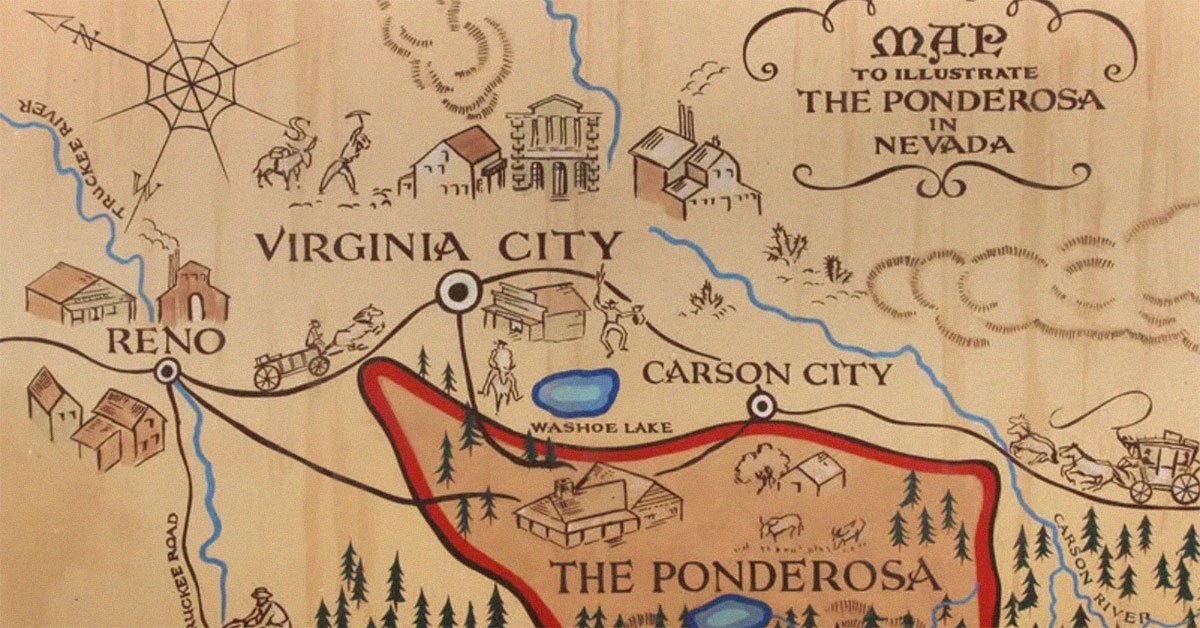 This week, Bonanza celebrates its 60th anniversary! To celebrate, we are offering a bonanza of content about the beloved Western.

It might have been the most recognizable map of the 1960s. Schoolchildren may not have remembered the capital of Nevada on their geography quizzes, but any astute Western viewer knew that Carson City sits on the edge of the Ponderosa. For 431 episodes, from 1959–73, this hand-painted map, officially titled "Map to Illustrate the Ponderosa in Nevada," appeared in full glorious color at the start of every Bonanza episode. And for 431 episodes, it caught flame on Virginia City and burned away to ash.

Thankfully, the Bonanza special effects guys did not set the original on fire. The production made copies of the original to perfect the flame dissolve seen in the opening credits sequence. For years, the original hung in the home of David Dortort, creator and producer of Bonanza. When Dotort passed away in 2010, the artwork was donated to the Autry Museum of the American West in Los Angeles. 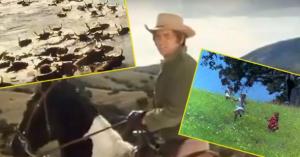 So, you are probably asking — who created that original painting?

It's an interesting story. The artist behind the Ponderosa painting was one Robert Temple Ayers. Born in Michigan in 1912, Ayers was raised in an artistic family. His sister was a violinist. His Uncle Harry Temple was a watercolor painter. And his cousin, Shirley Temple, well, we bet you've heard of her, considering the film star was America's sweetheart for decades. 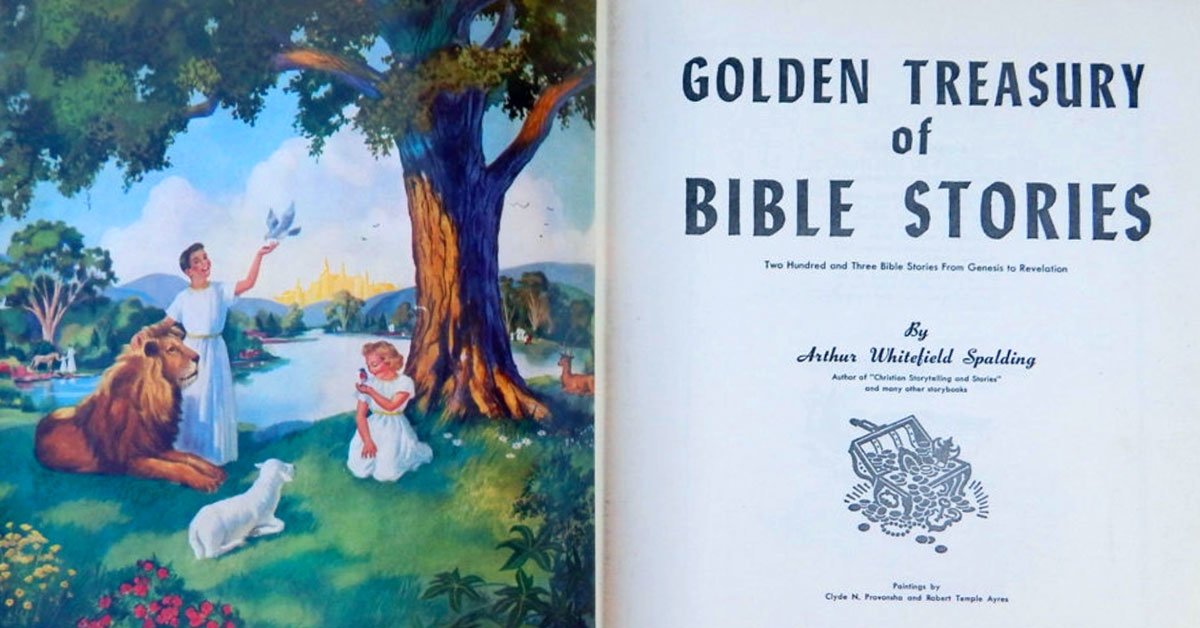 Ayers began his artistic career creating images for advertising and religious material. His work in the latter is quite familiar. His 1949 painting "The Savior" became one of the more recognizable representations of Jesus seen in the 20th century. His illustrations also appeared in the pages of Golden Treasury of Bible Stories, a common tome amongst Christian children growing up in the 1950s and '60s.

No wonder that Ayers got his big Hollywood break with the Biblical epic Ben Hur, illustrating opening scenes in the Charlton Heston classic. Ayers continued to work for decades as a painter and illustrator for motion pictures, creating artwork for MGM, Paramount, Warner Bros., Universal and Disney. He created paintings for everything from Blue Hawaii to The Black Hole. He even ended up painting artwork for the Epcot theme park in Disney World.

But no image was as famous as that Ponderosa map. It's bigger than you might expect, as seen in this photo with Ayers.

And, yes, he did paint a portrait of his famous cousin, capturing her posed with a book at the age of 17.

Did you know?Westerns
There's a prop from the future in this episode of Bonanza that you probably missed

TVFF 33 months ago
One family owning 640,000 acres is obscene. But it was a heck of a good show.
Like Reply Delete

BigE TVFF 26 months ago
Why is it obscene?
Like Reply Delete

TomTerrrific 34 months ago
Wasn't that map hanging on the wall behind Ben Cartwright's desk? I could have sworn I remember seeing that map on the wall.
Like Reply Delete

MrsPhilHarris TomTerrrific 34 months ago
You are correct. I Googled Ben Cartwright's desk.
Like Reply Delete