"It's not the same, and never will be," Landon told the crew. 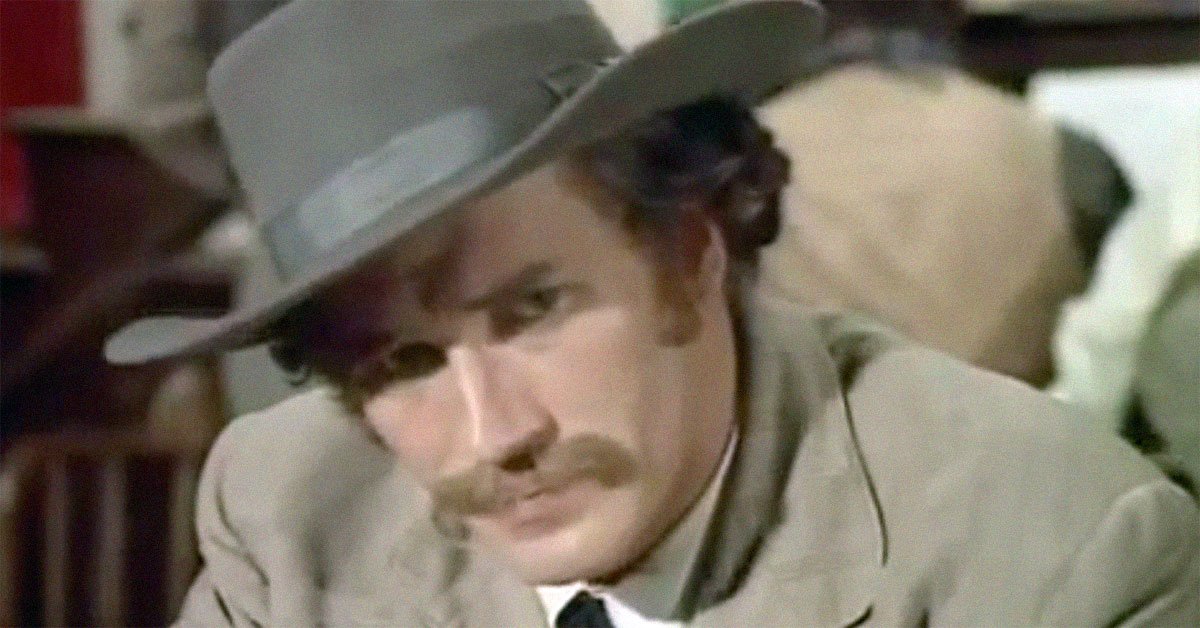 Ken Howard was a go-to leading man on Seventies television. The California native headlined series such as Adam's Rib (1973) and The Manhunter (1974–75) but is best known at the inspirational coach on the high-school basketball drama The White Shadow (1978–81). Later, he appeared on Dynasty and Melrose Place before becoming the National President of the Screen Actors Guild.

But in 1972, Howard was just a young actor making his TV debut on a Western. It was a unique situation.

For starters, Howard landed a role playing an American legend — Mark Twain. The man also known as Samuel Clemens was set to appear in the Bonanza episode "The Twenty-Sixth Grave." It was not the first time the author appeared as a character on the Ponderosa. Way back in 1959, early in the first season, Howard Duff portrayed Twain in the episode "Enter Mark Twain." 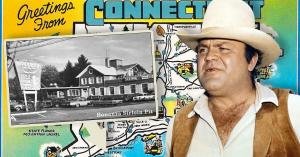 Just three weeks earlier, Dan Blocker, the beloved star who played Hoss, was laid to rest in the Woodmen Cemetery in his hometown of De Kalb, Texas. The 43-year-old actor had died of heart failure as the result of a blood clot following the removal of his gall bladder. Needless to say, the cast and crew were in shock, as were the fans. Bonanza was still a Top 20 show in its 13th season.

By that point, Michael Landon, the young star who played the wildly popular Little Joe character, had become a key creative force on the show. Landon penned an epic, movie-length script titled "Forever" for the season 14 premiere. The plot centered around Hoss falling and love and marrying a woman who is subsequently murdered. The gentle giant would then snap into an uncharacteristic rage and avenge his wife's death.

The passing of Blocker scratched those plans. Instead, Landon reworked the plot for his Little Joe character. As the screenplay was retooled, season 14 production instead began on "The Twenty-Sixth Grave." Nicholas Colasanto, later known as "Coach" on Cheers, would direct. When Howard arrived on set, he saw two sides of Michael Landon.

Landon kept spirits high during filming before addressing the anguish with a moving speech at the wrap. Howard explained in Douglas Snauffer's book The Show Must Go On: How the Deaths of Lead Actors Have Affected Television Series.

"I got there and it was the first show of the season after Dan Blocker died…. Michael Landon was really funny, he just had this wonderful humor about everything, kidding me about this mustache I was wearing and how I was trying not to scrunch my upper lip," Howard said. "He just made everybody laugh all the time."

When filming was completed, Landon got up to make a speech.

"He broke down during it," Howard recalled. "What he was saying to this group, to this crew that had been together forever, was that we all know it's not the same, and never will be."

Landon then lost control of his emotions. His voice broke.

"It was very moving and very touching," Howard said. "I felt like I was a part of a piece of history — and sadly so."

Did you know?Westerns
There's a prop from the future in this episode of Bonanza that you probably missed 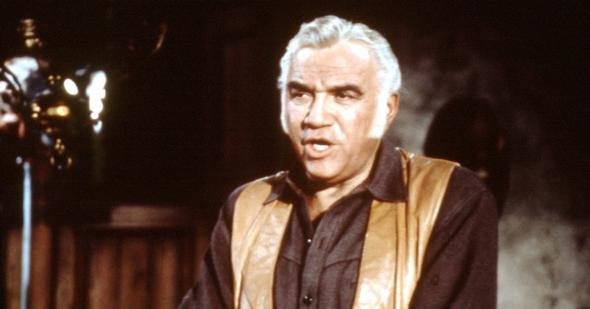 Side note; Nicholas Colasanto was a great as "Coach" on Cheers
Like (2) Reply Delete

Sooner 35 months ago
Well, was the subject of this article Ken Howard or Howard Duff? The writer or headline writer got mixed up.

Also, I have always heard that Michael Landon was a real jerk on the show, and that people did not like him.
Like (2) Reply Delete

MaryHelen 35 months ago
the one that shocked me and left me n tears was john ritter on 8 simple rules.....very pleased when my favorite actor james garner joined
Like (4) Reply Delete

Lantern 35 months ago
Remember when Freddie Printz died during the run of "Chico & the Man"?
Like (3) Reply Delete

RobCertSDSCascap Lantern 35 months ago
Like it was last week. The news and the parental lecture that followed.
Like Reply Delete

Moverfan Lantern 16 months ago
Oh Lord, yes. He was twenty-two (would have been twenty-three that June) snd I was thirteen (turned fourteen in May). His son was only ten months old.
Like Reply Delete

MarkSpeck 35 months ago
RIP to Ken Howard as well, by all accounts a great guy to work with.
Like (2) Reply Delete

Pacificsun 35 months ago
Because TV was still relatively new (in it's 2nd decade) back In the day, there hadn't been a lot of (if any) co-starring lead actors' deaths that impacted television production. But I do remember the reactions of adult TV watchers around me. Bonanza was a beloved recurring western in so many peoples' homes. And these characters would become like virtual friends. There was much sadness expressed around this shocking news. But it was reported then as a heart attack. I never knew the real circumstances until MeTV's Post.
Like (3) Reply Delete

RobCertSDSCascap 35 months ago
Reminds me of the cast of NewsRadio after Phil Hartman was murdered.
His best friend, Jon Lovitz, joined the cast and there were many tears!
It was season 5; it's final season.
Like (5) Reply Delete