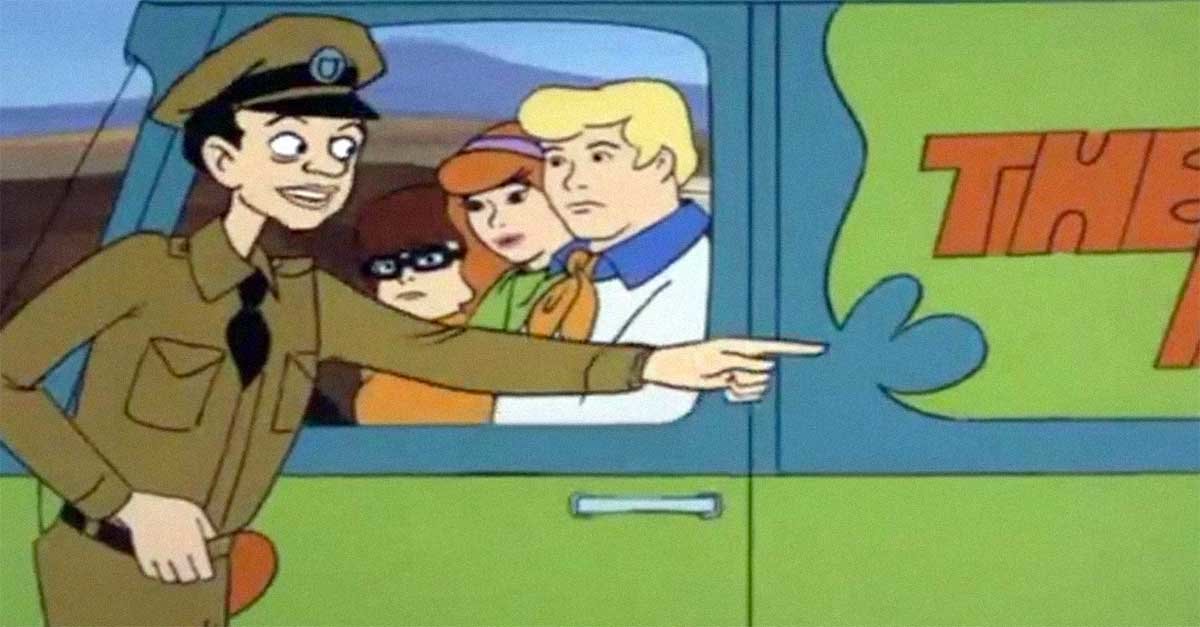 Don Knotts was an animated performer in terms of physical comedy. His lanky frame bounced as if dangled from marionette strings, and his rubber-like face could pull all sorts of funny expressions. Knotts was no stranger to being literally animated, too. The Incredible Mr. Limpet, his first big blockbuster from 1964 that prompted his departure from The Andy Griffith Show, turned the comedian into a cartoon fish.

In 1972, Knotts twice returned to cartoon form for a couple New Scooby-Doo Movies, "Guess Who's Knott Coming to Dinner?" and "The Spooky Fog." In the first, he dressed like Sherlock Holmes in a caped raincoat and deerstalker cap. But in "The Spooky Fog," the cartoon Knotts appeared in more familiar clothing. He was back in his tan deputy's uniform.

The odd thing about Don Knotts' appearance in "The Spooky Fog" is that he's playing himself. Fred and the rest of the Mystery Machine gang call him "Don Knotts," as if the celebrity himself is a small-town officer of the law. And the town in this tale? "Juneberry" …get it? 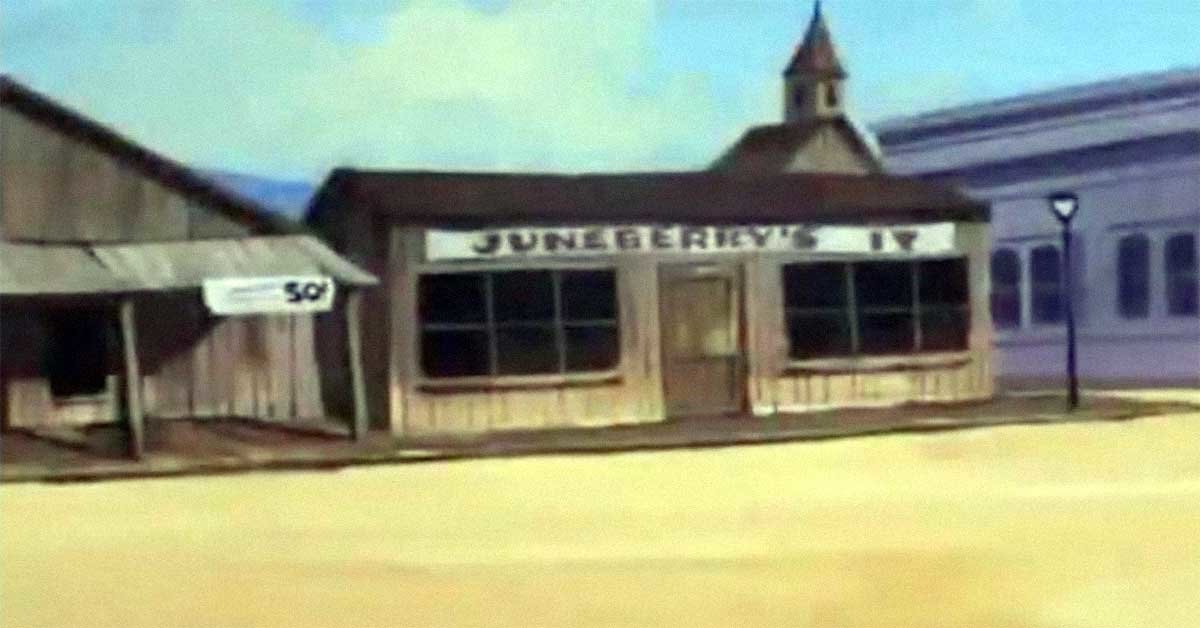 Unlike Mayberry, which sits in green North Carolina, Juneberry bakes under the sun somewhere out west in the middle of the desert. Perhaps that's why the town is one month later — it's hotter? Anyway, downtown Juneberry has some similarities to Mayberry. There's a municipal building with pillars. There's a jail with wanted posters on the wall. There's a… El Taco restaurant. Okay, the Mexican food is one big difference, along with the sand. And the desolation. 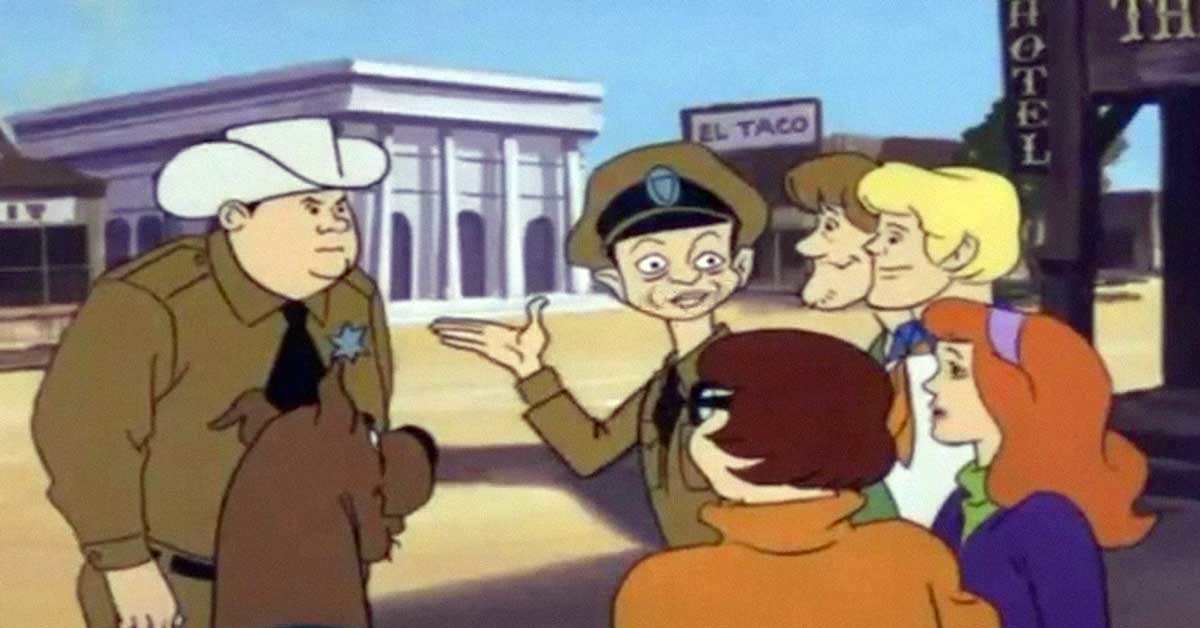 Another significant difference you might notice is Sheriff Dandy Griffith, a portly fellow sporting a large white cowboy hat. Frank Welker, the voice of Fred, also provides the voice of Dandy. He looks and acts more like Buford T. Justice (who did not yet exist, as that Smokey and the Bandit character appeared in 1977) than Sheriff Andy Taylor. But the name is a cute reference. Barney… er, Don also talks about colorful locals like "Oswald Fingerhut," which seems like the kind of moniker you might find in Mayberry White Pages.

Knotts welcomes Scooby and the rest of the gang to sleep in the jail cells. He feeds them, too, as he has a sack full of bananas and cans of custard. 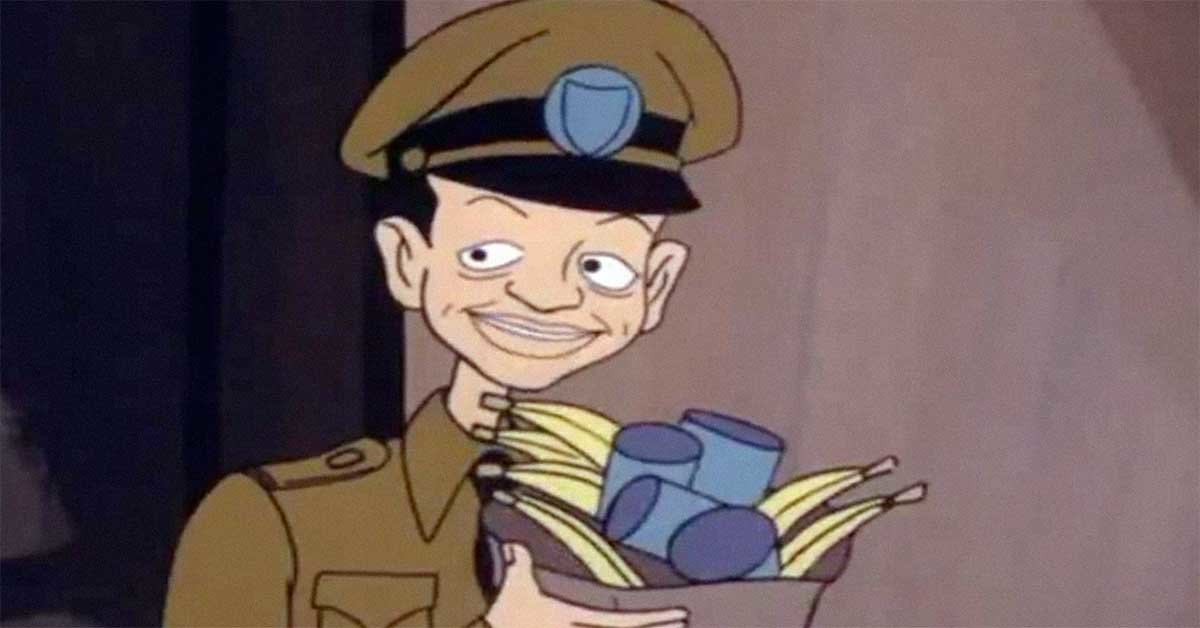 Juneberry may have been spooky, but that's no reason to skip out on the pleasures of custard.

Later in his career, Knotts would voice animated versions of himself in shows as diverse as Johnny Bravo and Robot Chicken. He also did some cartoon work in Garfield and Inspector Gadget, as his career transitioned from jail cells to animation cels.

ScoobyDoo169 13 months ago
It sounds like it would be funny. I don't know if I've seen those episodes or not I'll have tp check them out. Don Knott's can't be funnier than Scooby and Shaggy though.😂
Like Reply Delete

ScoobyDoo169 ScoobyDoo169 13 months ago
I meant I'll have to check them out.😂
Like Reply Delete

BrittanyDale 23 months ago
He wasn't Dandy Griffith, he was Dandy Taylor...
Like Reply Delete

DouglasMorris 40 months ago
yes they did!
Like Reply Delete

DavidMagoon 40 months ago
"Garfield and Friends" often had a cartoon character resembling Don Knotts (who was a voice actor on the show).
Like Reply Delete