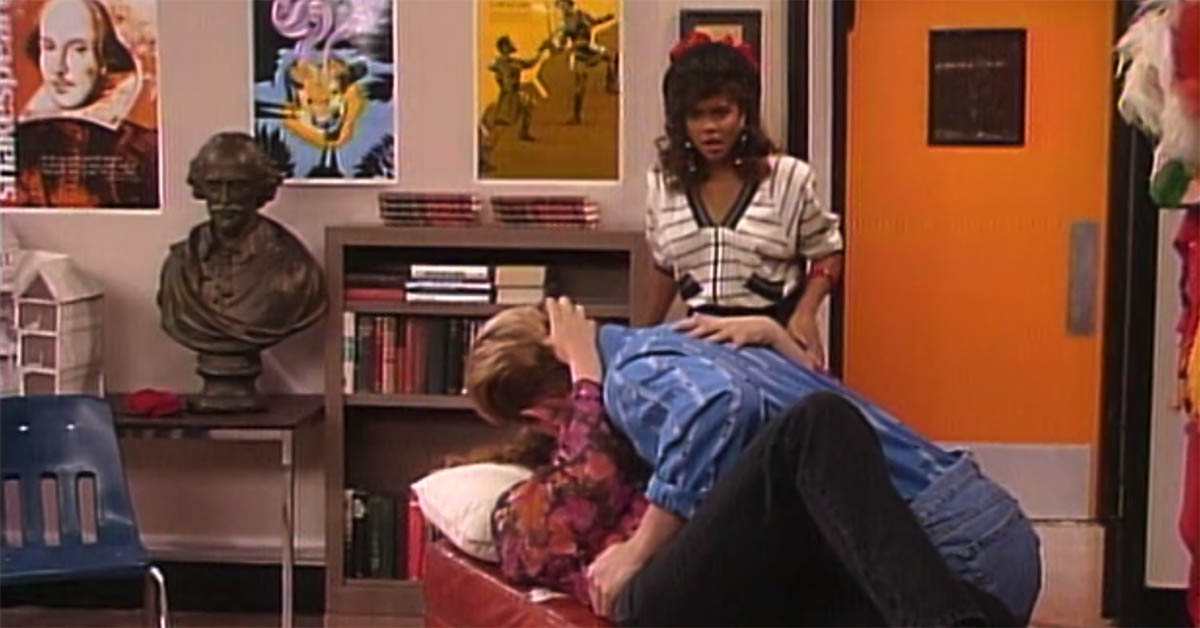 Fans of Saved by the Bell know the "It" couple of the show was Zack and Kelly. The whole series revolved around Zack Morris' crush on Kelly Kapowski, leading up to them dating, then eventually the story concluding with their wedding. And while Screech is the character often distinguished as Zack's best friend and sidekick, fans also know that it's Jessie Spano whose backstory shows a much longer friendship with Zack. The two are painted as old friends who grew up together and couldn't possible be attracted to one another, especially in the episode "Snow White and the Seven Dorks," where a school play casts the unlikely pair in a scene where they have to smooch. When feelings arise in that episode, they are soon squashed, so Zack can go back to pining after Kelly, the natural order of the show. 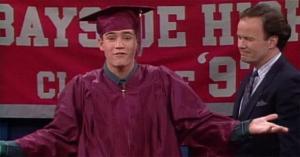 However, in a recent interview on the podcast "Unqualified," USA Today reports that the actor who played Zack Morris, Mark-Paul Gosselaar, revealed that he actually had an on-set romance with Elizabeth Berkley, the actress who played Jessie, not Kelly. Gosselaar said that while working on the show, they had a few dates, but he didn't really qualify it as "going out." In that way, it seems that fiction mirrored reality, as sparks did not fly between their characters or the actors for very long. Count us just as surprised as Lisa Turtle to learn the truth. Vinny 24 months ago
This show was dumb back then and it is even worse now. I think the show was written by a bunch of 1st graders. The worst decision for programming METV has ever made. Next to Buck Roger's In The 25th Century. And then they show it like 6 times in a row. It's Horrifying.
Like Reply Delete

Sunflower 40 months ago
Would love to see The Ghost and Mrs. Muir, Nanny and the Professor, Please Don't Eat the Daisies.
Like Reply Delete